Words and phrases we could do without 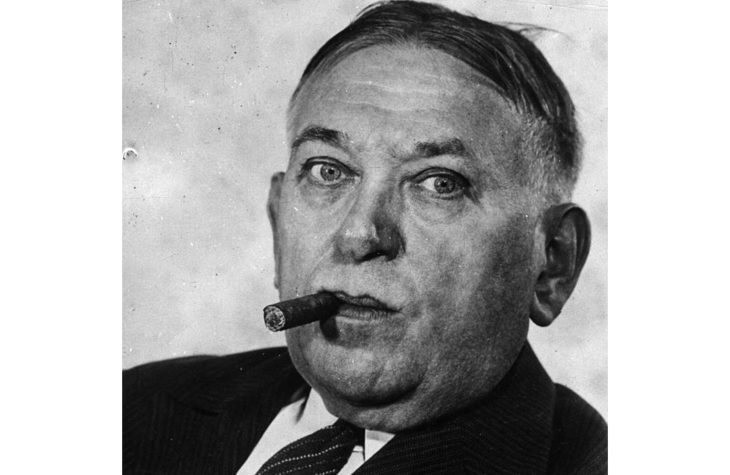 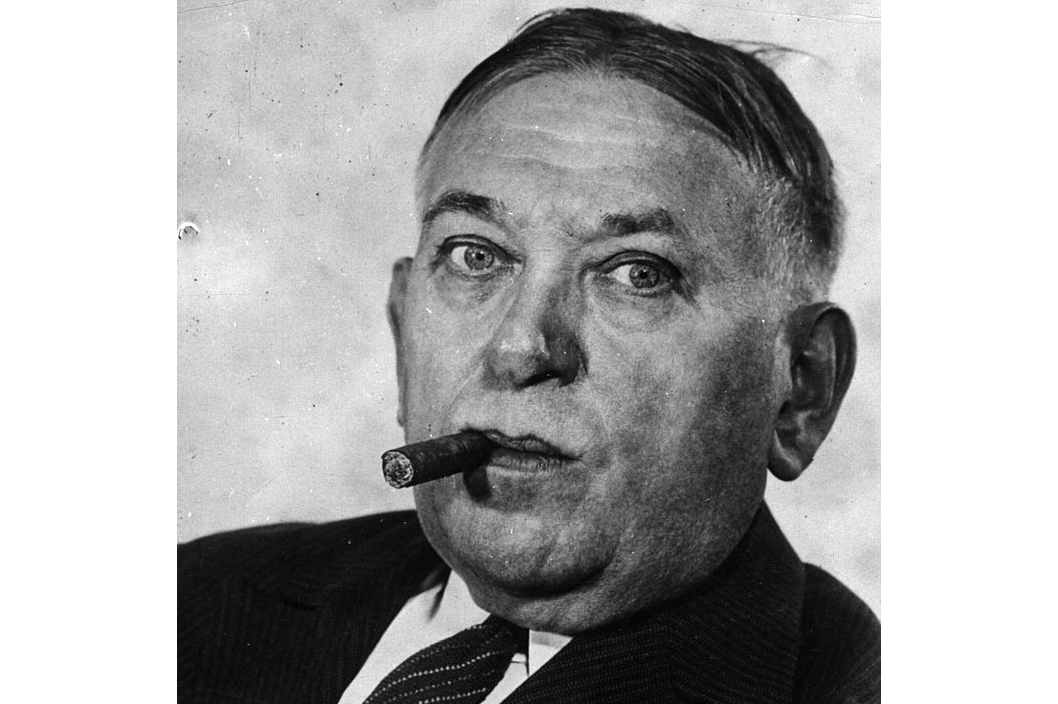 I suspect that were Mencken alive today having attained the respectable age of 140 years, he would be busy preparing The American Language: Fifth Edition and contemplating titling the book ‘The New American Language’ in recognition of the media-speak developed over the past couple of decades by news broadcasters and commentators, chiefly those belonging to the television industry.

Each trade has its specialized lingo, due to the functional need for the terminology required to describe its unique operations. The electronic commentariat is no exception to this tendency of particular occupations to invent a vocabulary and idiom...

I suspect that were Mencken alive today having attained the respectable age of 140 years, he would be busy preparing The American Language: Fifth Edition and contemplating titling the book ‘The New American Language’ in recognition of the media-speak developed over the past couple of decades by news broadcasters and commentators, chiefly those belonging to the television industry.

Each trade has its specialized lingo, due to the functional need for the terminology required to describe its unique operations. The electronic commentariat is no exception to this tendency of particular occupations to invent a vocabulary and idiom all their own. Where it does differ from a great many of them has to do with its reasons for doing so. The language of seafaring, for instance, is as old as seagoing itself, and was developed over the ages as a matter of practicality, as well as poetry. The modern-day extractive industries, whose business is drilling for oil and gas, or mining coal, uranium and other minerals, also have their own specialized language, a good half or more of it in various degrees obscene, especially as it is spoken in the field. By contrast, the language of television commentary has been deliberately crafted for the purpose of creating an enveloping professional mystique calculated to convey an impression of a highly developed expertise capable of a quasi-scientific exactitude, similar to that claimed by educationists graduated from the teachers’ colleges.

This end is attained largely through the rigorous replacement of old idioms and long-familiar expressions by ersatz ones, supposed by the people who coin and flog them almost to death to have a refreshing originality and a techno-poetic quality pleasing to the post-modern ear. The idea that they could simply be minting and purveying linguistic barbarisms never occurs to them in their rhetorical innocence; neither does the suspicion that they might be causing the small minority of genuinely educated viewers in their audience to cringe in mental agony like operatic aficionados hearing Florence Foster Jenkins sing the ‘Bell Song’ from Faust. Still, dreadful as this devastation of the English language by efforts to load its every word and phrase with a burden compounded of 19th-century German pedagogy, American social science, popular psychology and technocratic jargon is, its success in corrupting the everyday speech of unsuspecting ordinary people is a far worse thing.

The following list includes some of the choicest (as well as, I suspect, the most familiar) examples of their appalling argot, drawn from a list I have compiled over past weeks of some 44 items, jotted down as I watched the evening news broadcasts and offered here at random. It will be obvious that many of these words, or terms, are not techno- or socio-speak at all, but simply mental vulgarisms common to the mass-speak of pretentious and ‘credentialed’ — but basically uneducated — persons wishing to sound sophisticated that have found their way, by dint of ceaseless repetition, into American English in these culturally benighted times.

‘On the other side of the equation’ where no equation exists. ‘The backstory’ for ‘background’. ‘Articulate it!’ for ‘Tell me!’ or ‘Explain it!’ ‘The dynamic’ for (I suppose) ‘the driving force,’ or nothing, really, at all. ‘Iconic’ for ‘famous’. ‘Walk through’ for ‘recapitulate,’ ‘recite’ or ‘rehearse’. ‘In your mind’ for ‘Do you think that?’ ‘Walk back’ for ‘retract’. ‘Dial back’ for ‘modify’. ‘To reference’ for ‘to refer to’. ‘Differential’ for ‘difference’. ‘Ramifications’ for ‘results’ or ‘effects’. ‘Make an arc’ for ‘trace a course’, perhaps. ‘Parameters’ for ‘outlines’ or ‘boundaries’. ‘Flagged’ for ‘indicated’. ‘Problematic’ for ‘doubtful’ or ‘uncertain’. ‘In the mix’ for ‘part of’. ‘The process’ for ‘the procedure’. ‘A rethink’ for ‘a reconsideration’. ‘A pick’ for ‘a choice’. ‘Core values’ for ‘principles’. ‘Meaningful’ for ‘significant’. ‘In-person’ for ‘personal’ (‘in-person teaching’). ‘Impact’ for ‘result’. ‘To transpire’ for ‘to happen’. ‘Prior to’ for ‘before’. ‘Vibrant democracy’ for the opposite, a democracy that doesn’t vibrate. ‘The conversation’ for ‘the debate’. ‘Dialogue’ for a conversation or series of related communications that may include an infinite number of persons, associations or even nations. ‘Moving forward’ for ‘in future’. ‘Out there’ for an existent somewhere. ‘On the ground’ for ‘actual’. ‘In real time’ for ‘not recorded and preserved by technological means’. ‘Return back’ for ‘go back’ or ‘return’. ‘The science’ for (e.g.) ‘medicine,’ ‘virology,’ ‘scientific research,’ etc. ‘Day One’ for the first day of anything. ‘The narrative’ for ‘the explanation’ or ‘the account’. ‘Over time’ for ‘over a period of time,’ or ‘in time’. ‘So’ placed at the beginning of an answer to any question for no grammatical, syntactical or rhetorical reason. ‘Scary’, a word previously reserved for, and spoken by, children below the age of ten, for ‘alarming’ or ‘frightening’.

There are precedents for the ‘mindset’ (mental disposition or habit of mind) responsible for this latest example of collective verbal self-abandonment. Both of them, interestingly enough, are associated with the history of the modern advertising industry in America that was institutionalized in the 1920s to grease the way for the launch of the new consumer society — the society of total consumption — and keep it afloat and running at top speed ever since. The imaginative literature of the period dramatizes its attainment to economic puissance and popular cachet in John Dos Passos’s U.S.A., Sinclair Lewis’s Babbitt, and other novels and stories. It goes without saying that Dos Passos — in those days a Marxist, though toward the end of his life he contributed essays to National Review — failed to credit the advertising agencies and their copy writers with the intellectual and artistic merits they claimed for themselves. Three decades later, the Madison Avenue ad men of the 1950s invited a similar disrespect from novelists and script writers — and got it — by their pretensions to what they called ‘creativity’: the cultural sophistication and poetic genius expressed by their Ivy League suits and the briar pipes they brandished with the careless and casual aplomb of Albert Einstein.

Linguistic pretentiousness comes naturally to a philistine society that is technically and practically minded in the extreme, worships what it imagines to be education, functions according to the principles of credentialism, and is schooled well beyond the intellectual capacities, the artistic talents and the critical sensibilities of the vast majority of its members, including its elite class who see language as a means for showing off before hoi polloi and each other.

Like all showoffs, they succeed in the effort by making fools of themselves without ever being aware of the fact — a revenge of a sort, exacted and relished by their betters.