Why do monsters make such good writers? 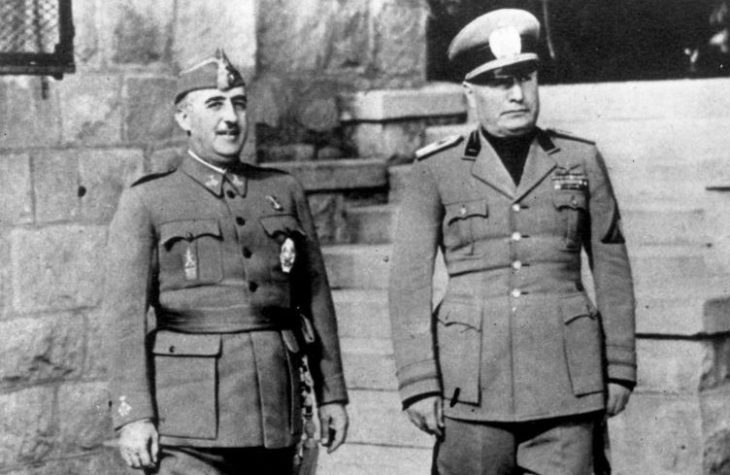 Why do monsters make such good writers?

This article is in The Spectator’s March 2020 US edition. Subscribe here.New York City
Did any of you know that most of the 20th-century monsters — Stalin, Mao, Hitler, Ceausescu, Duvalier and even Mengistu the Ethiopian mini-Napoleon — were rather good writers who could form better than average sentences that said that power grows out of the barrel of a gun? I read this in a Big Bagel weekly that was once known for its wit, but is now so blinded by hatred for the Donald that it has turned into a rag surpassed in venom only...

Did any of you know that most of the 20th-century monsters — Stalin, Mao, Hitler, Ceausescu, Duvalier and even Mengistu the Ethiopian mini-Napoleon — were rather good writers who could form better than average sentences that said that power grows out of the barrel of a gun? I read this in a Big Bagel weekly that was once known for its wit, but is now so blinded by hatred for the Donald that it has turned into a rag surpassed in venom only by the New York Times and CNN.

I knew that Mussolini was a scribbler of note because he wrote the editorials of his newspaper Il Popolo d’Italia before he took power. ‘Inequality and discipline, these are the substitutes for the cries of Equality and Liberty,’ wrote Il Duce. That’s telling them, Benito, them being those American Times hacks such as the lachrymose Roger Cohen and the lugubrious Paul Krugman, who as I write are undergoing nonstop colonoscopies in order to cleanse their brains of depression following the British election. Professor Klinghoffer, who is administering the procedure in his Austrian clinic, told me that the more he studies the Cohen-Krugman gray matter, the closer he’s getting to proving his theory that only people who have shit for brains can work for the New York Times.

Mind you, one never knows why some people write well and others, like those men and women at the New York Times, bludgeon sentences. I suppose that hatred for the Orange Man clouds their noggins. And how come a monster such as Stalin could write like the proverbial dream? Hitler put down ‘writer’ as his occupation while starving and unemployed in Vienna.

Other dictators, Franco and Salazar, kept their scribbling to a minimum. But I am still amazed that Stalin loved books and plays as well as befriending playwrights and offering valid criticisms to prominent writers. When not reading or offering advice and criticism, he murdered between 30 and 100 million innocent human beings.

I find it strange that today’s writers resemble the dictators of the past in their unwillingness to accept opinions contrary to their own. Especially in America, where views that differ from those of academia or the media are strictly verboten, and we the people have to see the world through a similar lens to theirs — or else. This is probably the greatest irony ever: we fought a 70-year battle against a totalitarian system that prohibited free speech and, having won it, we then adopted the very system we defeated. The easiest way of shutting down free speech is by using the R-word. Call someone a racist and all doors close. Needless to say, no smug progressive, no arch-feminist has failed to use it at the slightest disagreement. It’s the easiest way to impose one’s opinion since the advent of the Colt .45.

We live in an age where people want to cancel other people out, to disappear them. No one ever feared Torquemada or Savonarola as much as they fear the Twitter mob. The ultra-woke protect their sensibilities with trigger warnings, safe spaces and crying rooms. Freedom-loving folk such as yours truly are seen as freaks and fascists, long past our sell-by date. Tarzan, too, is a goner. He’s just been canceled back in Westchester County, New York. A school was planning to perform a Disney version of the jungle classic, but it was nixed after two parents blasted the play as imperialist.

Basically, it is the mainstream media in America and the BBC in the UK that have pushed our culture way to the left. There was a time not so long ago when there was no need for a Puccini opera, Turandot, to mask what today is considered racist by changing the names of the characters Ping, Pang and Pong to Jim, Bob and Bill and Chinese costumes into black suits, and banning Asian men from prancing about effeminately onstage. Opera stands accused of having a racist, sexist past. All I can say is: where is Don Giovanni, to run all the crapulous bums who come up with such rubbish through with his sword once and for all? One Katherine Hu was screaming her head off recently about poor old Mickey Rooney’s portrayal of a Japanese man in Breakfast at Tiffany’s. What’s next, outlawing history?

Which of course brings me to Meghan and Harry Markle. Some nonentity who goes by the name of Afua Hirsch wrote that Brexit was responsible for their decision to leave: ‘Brexit emboldened people who advocated for a nationalist identity and a return to Britain’s imperial past.’ Now she tells us. Who knew? Actually, Meghan and Harry Markle are now free to focus on their favorite charitable causes. And I can focus on Reza Aslan’s nose. He’s the hack who tweeted of a young white Catholic boy wearing a MAGA cap who was pictured face to face with a Native American at a pro-life march: ‘Have you ever seen a more punchable face than this kid’s?’ Reza had best hope no one looks at him and thinks the same.