Lucius Beebe knew how to live

He wrote about good living, which he strove determinedly — often flamboyantly — to practice 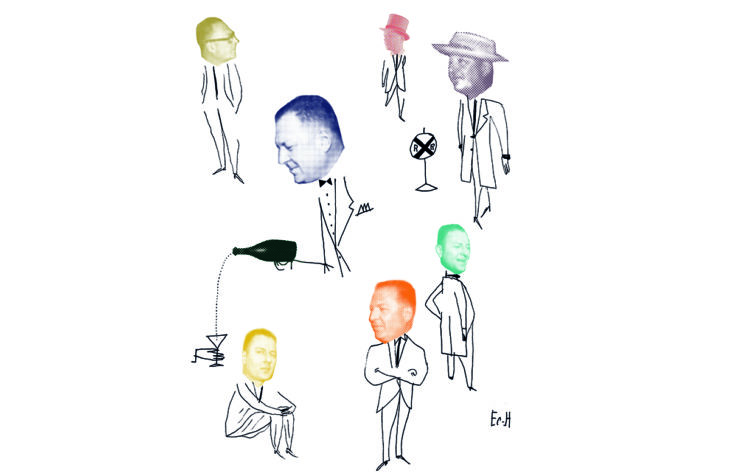 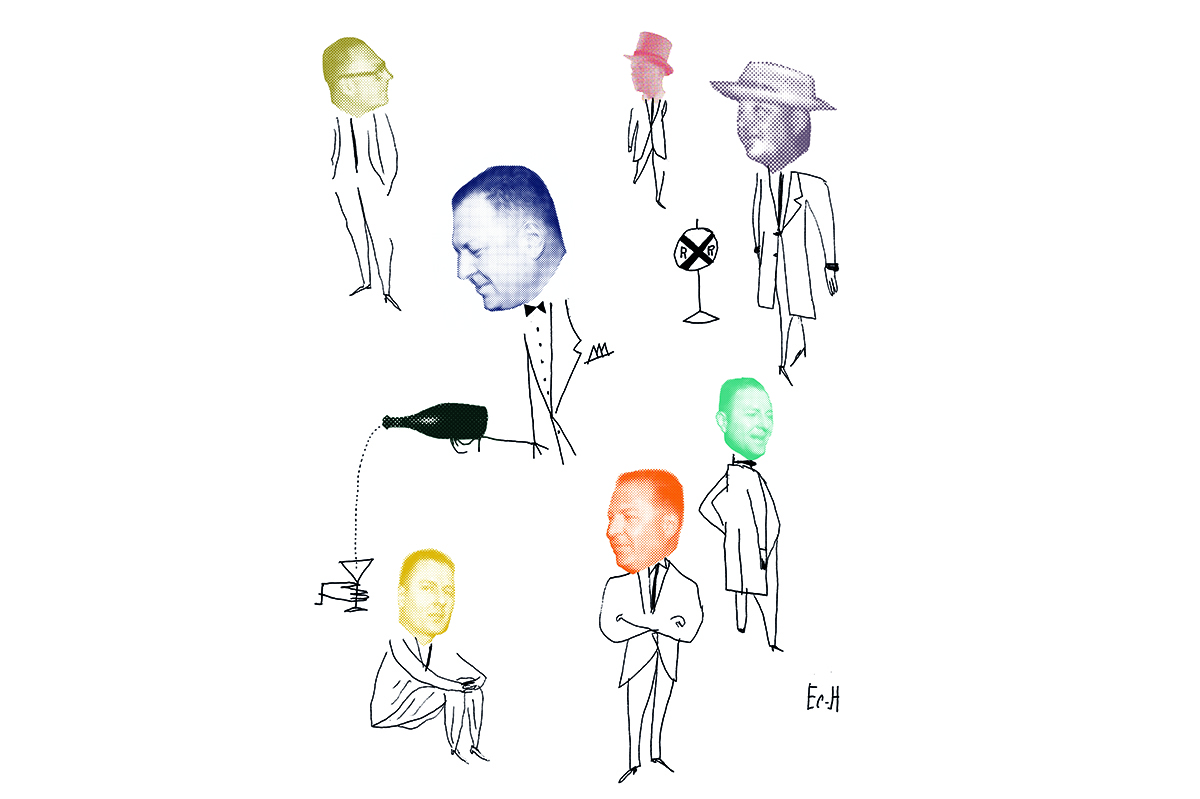 Lucius Beebe knew how to live

There are some characters who infuse literature and life with disproportionate zest. The nature of their vocations is less relevant than the fervency they bring to the job, which is what makes them stand up off the page and sail through time. Lucius Beebe, who kept a Rolls-Royce and a Bentley, favored bowler hats and evening dress and wrote a column for the old New York Herald Tribune in the 1930s and then for Gourmet until his death in 1966, sits high up on my list of zestful characters who go the distance: militantly old-fashioned,...

There are some characters who infuse literature and life with disproportionate zest. The nature of their vocations is less relevant than the fervency they bring to the job, which is what makes them stand up off the page and sail through time. Lucius Beebe, who kept a Rolls-Royce and a Bentley, favored bowler hats and evening dress and wrote a column for the old New York Herald Tribune in the 1930s and then for Gourmet until his death in 1966, sits high up on my list of zestful characters who go the distance: militantly old-fashioned, never out-of-date.

The association with the estimable, sadly deceased Gourmet justifies talking about Beebe under the food heading as much as any other, even though he did not always write about food as such. He wrote about good living, which he strove determinedly — often flamboyantly — to practice, and of which food and drink were no insignificant part. He attended both Yale and Harvard, managed to get booted from both, and trained on the job in journalism, which he practiced as part of a grander ambition: He “would rather be paid,” he said, “for having a good time, if it can be arranged.” Generally, it was.

Beebe’s technique combined shots of journalism, history and tall tales: shake well and pour, for the commentary equivalent to the morning cocktail considered, back in the gaslit era, an indispensable element of a gentleman’s breakfast. A random sampler gives you the picture. In one 1966 column, he jumped from a news dispatch on the rising price of eggs to the high cost of omelets in the Klondike in 1898, and he was off, not pausing for breath. The source of the anecdote was a character called “Monocled Sourdough,” who told a tale that deserved to “be lovingly set aside in the annals of gastronomy for the bravura performance that gained for Swiftwater Bill Gates the deathless title of ‘King of the Golden Omelette.’”

It seems that Bill’s inamorata, Gussie, had a passion for eggs in large quantities, an expensive taste at the going price of $40 a dozen. When Bill found Gussie accepting a favor in the form of a two-dozen-egg omelet the size of a small barrelhead from another sourdough, Klondike Casey, Bill plotted his revenge. With his gold-dust reserves, he cased every restaurant in town known to have as much as a single egg in its pantry and soon cornered the market. Next day he had his treasure delivered to the café where Gussie had so imprudently satisfied her passion for the oval fruit. Ostentatiously seating himself at a window table, Bill ordered up eggs in batches of a dozen: “Then as Gussie looked on in horror, he tossed them through the open window to be consumed by a pack of hungry dogs specially recruited for the purpose. Legend maintains that guilty Gussie, on her knees and with clasped hands, begged forgiveness and contritely promised to return to Bill’s affections.” As the last dozen went to the dogs, Bill took her back. “No more splendid gesture is recorded in the long and effulgent record of Yukon days and nights.”

Chicken eggs weren’t the only ones he was interested in. Beebe had a special beat in caviar and a line on the best San Francisco purveyors. He recounted an amusing cab ride to Simon Brothers Grocers, convenient to the carriage trade in California Street, in search of the best. The driver knew the address: “That big delicatessen. What do you buy there?” Reluctant to give a snobbish impression, Beebe mildly ventured Belgian asparagus. “You can get the same stuff at Goldberg Bowen’s for half the money,” returned the hack, adding helpfully that the cab fare was only a tenth as much. Fabricating hastily, Beebe tossed out “smoked salmon, too.” Better at City of Paris, downstairs, he was told. Turtle soup, maybe? “Sure, I know the real stuff, not the mock. Ancora Brand, that’s it, and it’ll cost you a lot less at Cost Plus down on Fisherman’s Wharf.” At last arriving at Simon Brothers, then the only dealer in all San Francisco to stock fresh caviar, Beebe purred with satisfaction. At $52 a pound, this was the top-notch, pale gray, real thing from Iran (it was the Cold War and Russian was out), coveted by the truest of snobs. Simon’s understood how to handle the treasure too, keeping it “meticulously chilled but not too cold on natural ice.” To transport it safely home, they put it up with a wafer of frozen gelatin in a patented thermal envelope “perfected by mad scientists after years of exhaustive research.” So there: worth every dime of the dollar-a-mile fare.

From fish eggs to Champagne was a natural jump. Every “Along the Boulevards” column was adorned with a Eustace Tilly knockoff drawing of our columnist in top hat and black tie, seated at his typewriter, with a cooler of champers in easy reach. Could anyone possibly do good work otherwise? His best bubbly tale was not just about the wine but the place and occasion when it was poured or, perhaps in this instance, sloshed.

The setting was Promontory Point on the windblown uplands of Utah, where on May 10, 1869, the Union Pacific, building from the east, met the Central Pacific from the west to complete the American transcontinental railroad. As the final golden spike was driven home, was it Californian or French Champagne that popped and poured? The records are clear that quantities were prodigious, but argument remains as to which national flavor actually christened the cowcatchers of locomotives “Jupiter” and “Number 119.” It might have been either, or both. One source was the “cellar” of the private car of Union Pacific vice-president Thomas C. Durant, “a swaggering New York magnifico” who could be relied on to have brought only the French, the Californian version being unknown in 1860s New York. Durant would have spurned it anyway. The other mobile cellar that day came courtesy of Durant’s western counterpart, former California governor, president of the Central Pacific and “towering grandee of Nob Hill,” Leland Stanford. In time, Stanford would go down as one of the most munificent public benefactors of his age, as the university attests, but at that early moment he was already a great landed proprietor and patron of California husbandry, including as a wine-grower and distiller. Perfectly plausible then that he would have pushed his own product on the big day at Promontory. On the other hand, “as a magnifico of the first chop” in his own right, Stanford would have respected the cachet of French vintages and would not have been easily outdone “in the elegance sweepstakes.”

Lest Beebe come across as impossibly effete, it is important to report his taste for a simple Southdown mutton chop, a fact particularly important in a magazine, like this one, of impeccably English heritage. Writing during his late San Francisco period, after migrating west from New York to Virginia City, Nevada, he lamented how odd it was that “in the western states where it should be most abundantly available, true mutton is as suspect among butchers, restauranteurs and diners themselves as rattlesnake meat would be if it were identified as such.” He had but one trusty refuge, Jack’s on Sacramento Street in San Francisco, which opened in 1864 and was the second oldest eatery in the city. When Beebe wrote, Jack’s still held the line as “the old reliable, a haven of integrity and simple goodness that suggests Simpson’s in London and Locke-Ober in Boston.” He might have added Binyon’s in Chicago (RIP, like Locke-Ober) or Keens in New York, the latter long known as Keens English Chop House, where the mutton chop outshone everything else on the menu, but which is now branded a mere steak house. At Jack’s fifty years ago, ladies at lunchtime were still rare enough to occasion comment, but nothing else disturbed the peace: “The ancient servitors, plain linen, serviceable flatware and the excellence of everything on the magnificent menu are unchanging and institutional.”

Back in the Thirties, Beebe coined the phrase “Café Society” and even appeared in the 1939 Hollywood movie of that name. In those straitened times, such silly stuff had huge vicarious appeal. Beebe found his perfect niche inside that artifice and became his own tall tale. As the notion of Café Society grew irrelevant after the war and to some even offensive, Beebe the gourmand and bon vivant refused to retreat an inch and dared to celebrate the shrinking remnants — the last stand of “ancient servitors” and standards of “excellence in everything.” He traveled in a private railway car, the “Virginia City,” and was famous for his writing about trains and train-travel, another shrinking remnant of good living. One of those books, his affectionate 1962 biography of the Twentieth Century Limited: The Greatest Train in the World, did not fail for attention to the menu, which, in 1931, at the bottom of the Depression, offered patrons filet of sole, roast ribs of beef, saddle of lamb and, of course, Russian caviar. After Repeal in 1933, Champagne flowed freely too.

Next to a great train, Beebe considered a steamship across the Atlantic close to civilization’s apex. But not just any ship. Only one of Cunard’s two Queens, Queen Mary or Queen Elizabeth, would do. When in 1965, near the end of his line and theirs, Gourmet ran a full-page Cunard ad touting British service and “gourmet cuisine” opposite Beebe’s column, the editors knew exactly what they were doing.

In humorless times like these, life’s finer moments are carefully policed and thus diminished. It remains impossible though to mistake the real thing: the zest of a lemon never fails to come through; it leaves a memorable tang. A stroll with Lucius Beebe down the boulevards of good living does too.