In praise of liquor stores

Where else can one encounter such diversity? 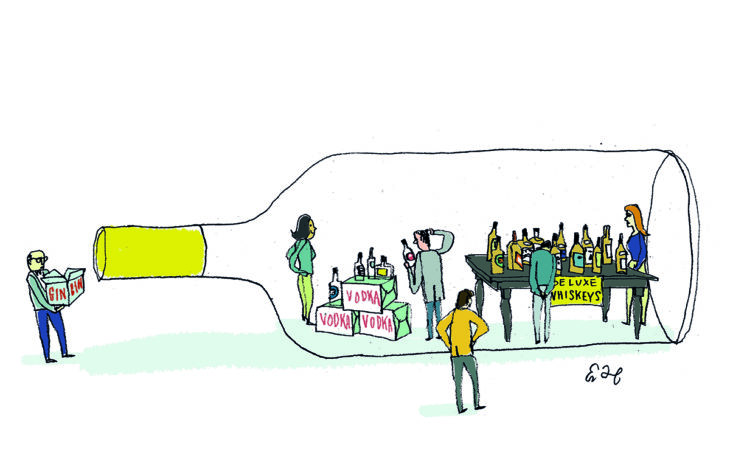 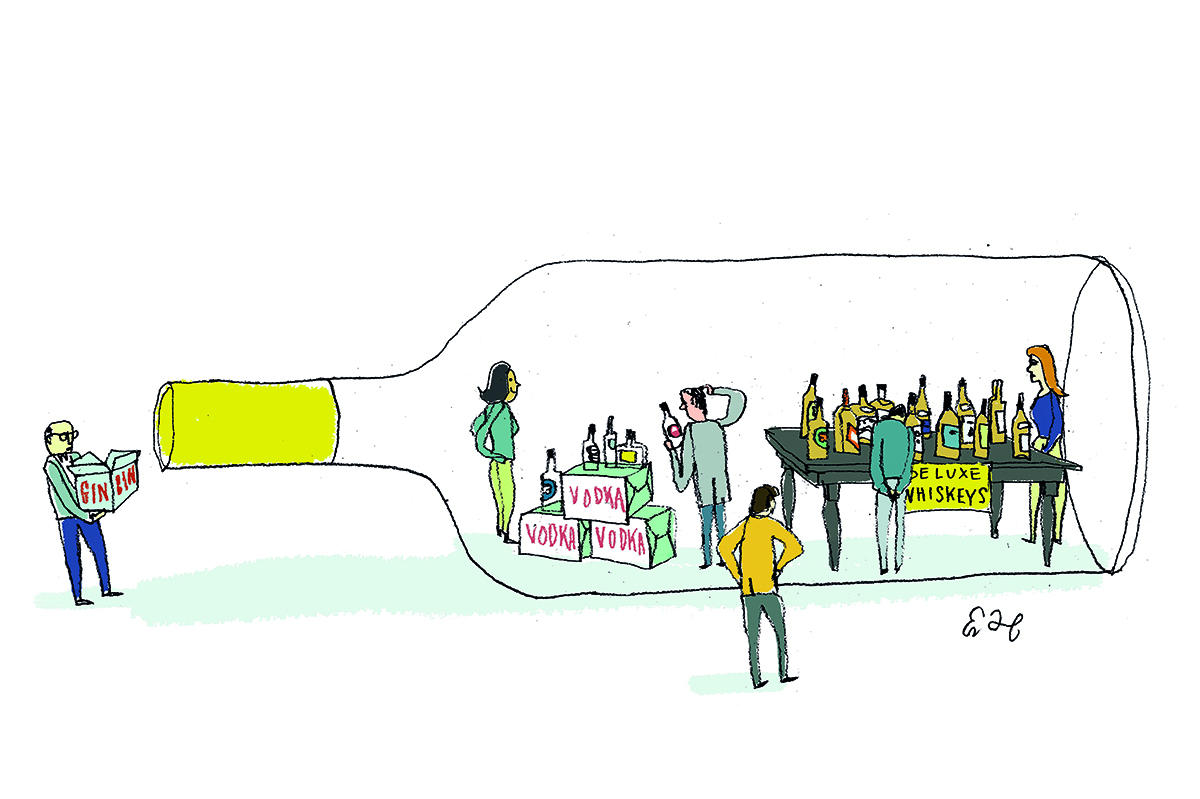 In praise of liquor stores

Pennsylvania’s liquor laws are... vintage. But not in a single-malt Scotch kind of way that means they improve with age.

The state legislature did move the needle to the right side of draconian in 2016, but the Philadelphia Inquirer’s 1983 assessment of “Pennsylvania’s backwardness” being “a hangover from the administration of Republican governor Gifford Pinchot, who was elected on a ‘dry’ platform in 1930,” remains accurate.

The Inquirer reported that after Prohibition was abolished in 1933, Pinchot led a special session to establish the Pennsylvania Liquor Control Board and “state stores” to make the purchase of alcoholic...

Pennsylvania’s liquor laws are… vintage. But not in a single-malt Scotch kind of way that means they improve with age.

The state legislature did move the needle to the right side of draconian in 2016, but the Philadelphia Inquirer’s 1983 assessment of “Pennsylvania’s backwardness” being “a hangover from the administration of Republican governor Gifford Pinchot, who was elected on a ‘dry’ platform in 1930,” remains accurate.

The Inquirer reported that after Prohibition was abolished in 1933, Pinchot led a special session to establish the Pennsylvania Liquor Control Board and “state stores” to make the purchase of alcoholic beverages “as inconvenient and expensive as possible.” So it is that in Pennsylvania today, depending on your alcoholic, ahem, needs, you might be forced to visit a beer distributor, a bottle shop and a state store and make several trips to and from your car, according to the store’s sales limit. Talk about a buzzkill. 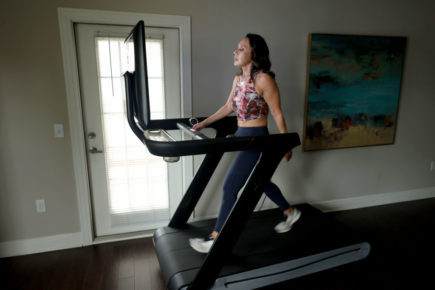 How to stay sober-smug now that Dry January is over

I have lived in several places where buying alcohol is not the hassle it is in my home state. Yet I’ve come to appreciate the unifying Pennsylvania experience that is a trip to the local state store.

During my most recent excursion, for instance, I watched an earthy-looking customer with frizzy silver hair and a flowy, linen dress and Birkenstocks adjust a pair of reading glasses on the end of her nose, lift her head and extend her arm to read about the “lithe and expressive presentation of layered cherry and blood orange flavors, and bitter chocolate and spice notes” on a bottle of Cabernet Sauvignon. A Penn State Gender Studies professor, perhaps?

Nearby, a twenty-something guy in cargo shorts and a tattoo-sleeve-baring cut-off tee-shirt emblazoned with “Busy Doing Nothing” scanned the lowest shelves of the vodka aisle for the largest bottle at the lowest price. Then a middle-aged, middle-class man darted in, grabbed a bottle of Bulleit bourbon (he seemed to know right where it would be), paid and went straight to his kid’s soccer game (or so I guessed).

It is said — and science has proven — that alcohol is a social lubricant that “boosts people’s emotions and enhances social bonding.” Procuring alcohol does something similar. Liquor stores in Pennsylvania are a social hub, where demographically diverse sets of people converge to have their emotions boosted by indulging in beautiful bottles and to bond by bewailing the PLCB’s authoritarian product-pricing practices.

Another mecca for the mingling of lush oddfellows is the Kokoman Fine Wines & Liquor Store in Pojoaque, New Mexico. Alcohol flows more freely in the Land of Enchantment than in Pennsylvania, and so the reason for Kokoman’s eclectic clientele is not due to regulatory necessity, but to the region’s colorful character that is perfectly matched by the store’s expansive offerings.

“I always thought of a liquor store as an adult candy store,” Keith Obermaier, who has owned Kokoman since 1984, told me.

The exterior of Kokoman is unassuming; it’s a simple metal building plastered with big signs faded by the desert sun. They advertise a twelve-pack of Dos Equis for $12.49, Coors Light and other everyman elixirs. But inside, Kokoman is every inch the boozy bazaar that all the best liquor stores are. Here, bargain beer buyers merge with wine snobs and pretentious mixologists to create a flavor that’s as delightful as a shaken margarita on the rocks.

“We do have a diverse population,” said Obermaier. “People in Los Alamos [home of the National Laboratory where scientists develop nuclear security systems] are the most educated people and do some of the most amazing things you’ll never hear about. And then we have all the artists from Taos — one of the most famous art-community towns in the world. And Santa Fe is kind of a combination of both, and we’re right in the middle.”

Where but a liquor store can one encounter such diversity, not just in patrons, but in product? At the top of the shelf, I’m drawn to a bottle of Chateau Saint-Pierre 2018 (buying “sainted” wines is the same as tithing, right?), with a graceful pen-and-ink sketch of the Medieval chateau on the label. But the $70 price tag is too tannic for me — unless it comes with an indulgence. There are wines from California, Oregon, Spain, Italy, France, Portugal, Argentina, Chile and New Zealand — there’s more international representation here than at the United Nations — with flavor notes worthy of a literary prize and designs to suit every aesthetic taste (who judges a wine by its label? I do!). The liquors and cordials and even the modern canned spritzers and cocktails are just as intriguing.

Here a neon bottle of Chartreuse beguiles the shopper with a tale of “130 alpine herbs,” “an ancient 1605 formula” and “a secret method of preparation shared by three Carthusian brothers [that] is protected by vows of silence.”

Nearby, a husky bottle of Don Julio tequila is said to have been aged “at least six months,” lending it “unusual softness.” Chambord charms the passerby in a bottle fit for perfume. St. Germain tantalizes in a vessel worthy of display, which is fortunate, since natural elderflower liqueur is only called for once every…? Vladimir Vodka (bottled in Baltimore) is straightforward for $9 in a plastic — is that a gallon? — jug. At least it can double as an antiseptic. A poster hangs here, designating the Lowland and Highland regions of Scotland and is handy in predicting how much like decaying plant matter your evening tot will taste.

Herbs, fruits, flowers, potatoes, leaves and grains are grown, picked, mashed, fermented and aged to make wine, whisky, vermouth, vodka, schnapps, tequila, rum, Seagram’s everything and something labeled “last chance,” that are bottled, canned, capped and corked, labeled, packaged, packed-up, imported, exported and bought in Pennsylvania liquor stores and at Kokoman and drunk by the most well-to-do and the most down-and-out.

The PLCB might make Pennsylvanians jump through hoops to acquire hooch, but they can’t change the winning recipe: mix equal parts art gallery, history museum and supply-chain modern marvel, shake briskly and top with an indomitable promise of mirth, laissez-faire felicity and convivial release. At once blue- and white-collar, egalitarian and elitist, capitalist and socialist — the PLCB liquor store just might be the perfect American institution.