What happened to the Disunited States? 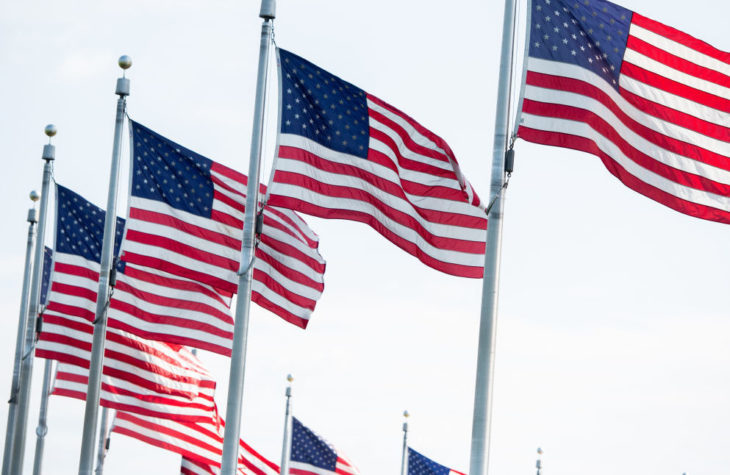 What happened to the Disunited States?

Regionalism and the idea of America’s fracture are having a moment. Recent book releases include many titles focusing on American divisions, including Carrie Gibson’s history of the southwestern El Norte region and Kristin Hoganson’s study of the local, insulated, exceptional, isolationist and provincial ‘Heartland’, and Tony Horwitz’s journey deep into the South to understand how its Antebellum roots impact American divisions today.Perhaps the most widely accepted and popular idea of regional differences comes from Colin Woodard. He carved the country into 11 regional 'nations’, each with unique histories and cultures that he believes have shaped their ideologies and politics.Woodard describes the...

Regionalism and the idea of America’s fracture are having a moment. Recent book releases include many titles focusing on American divisions, including Carrie Gibson’s history of the southwestern El Norte region and Kristin Hoganson’s study of the local, insulated, exceptional, isolationist and provincial ‘Heartland’, and Tony Horwitz’s journey deep into the South to understand how its Antebellum roots impact American divisions today.

Perhaps the most widely accepted and popular idea of regional differences comes from Colin Woodard. He carved the country into 11 regional ‘nations’, each with unique histories and cultures that he believes have shaped their ideologies and politics.

Woodard describes the Midlands region, for example, as originally anchored by Quaker-founded Philadelphia, and now extending well into the Midwestern states of Ohio, Indiana, Illinois, Iowa, and Nebraska. Woodard characterizes the Midlands as German-dominated, open-minded, and less inclined toward activist government than Yankeedom, which itself was community-centered, moralistic, and founded by Puritans in New England and whose influence stretched from into upstate New York and the upper Midwest. In contrast, El Norte is comprised of parts of Texas, Arizona, New Mexico, and California, border areas where Hispanic culture dominates and community is secondary to independence and self-sufficiency.

The problem with Woodard’s argument and the recent interest in regionalism is that while these histories are fascinating, their narrative of America splintering does not hold up to empirical scrutiny. Data from the AEI survey on Community and Society makes this abundantly clear.

Take political ideology, for instance. The Deep South is widely viewed as electorally a conservative bastion, but the data tells a different story. Thirty-nine percent of those in the Deep South identify as ‘somewhat’, ‘very’, or ‘extremely conservative’, while 23 percent are ‘somewhat’, ‘very’, or ‘extremely liberal’. More residents in the region lean to the right than to the left, but 37 percent of Southerners either describe themselves as ‘moderate’ or do not care to describe themselves ideologically at all. Moreover, this distribution is hardly a conservative monoculture, because almost a quarter of the population is liberal. Similarly, in the progressive northeast region that is Yankeedom, 31 percent of residents state that they are liberal to some degree, compared to 26 precent conservative. But the plurality is in the middle, with 43 percent.

Neither region is a landslide for conservatives or liberals at all. Not one of Woodard’s 11 regions is dominated by a liberal or conservative majority. All the regions are split, with moderates almost always dominant.

Differences in political engagement are also unremarkable. The AEI survey probes a range of seven broadly defined political activities, from social media use and support for candidates and causes, to donating money to campaigns and attending a political rally, protest, speech or campaign event. Traditionally, Americans do not participate in political activities at particularly high levels. The data here reveals that Americans on average engage in only 1.5 of these activities.

There is minimal variation among the 11 regions here as well. Those in New France and the Left Coast are the most participatory at just under two activities on average. The least engaged are those in El Norte, at 1.1 per year. That being said, it is very clear that no region is some panacea of participation and civic virtue with a shining city on a hill. Americans are not particularly politically engaged, and neither is any one region.

Regional differences are also minor when it comes to culture and values. The American Dream can mean different things to different people, but there is practically no variation in their responses. Eighty-one percent of Americans believe that they had achieved or were on their way to achieving the Dream. The regional variations are minor. Those in Yankeedom and the Deep South are on the bottom at 78 percent, while those in New Netherlands are at the top at 85 percent: minor differences at best.

Religion presents a similar picture. Forty-seven percent of Americans aver that religious faith is central or very important to their lives. Apart from the Left Coast, where the figure drops to 26 percent, 10 of the 11 regions are within a handful of points of the average.

Finally, Woodard argues that social relationships vary regionally. This seemingly makes sense if we consider the varied iconic regional histories of the socially-close Midwestern town with its main street, the religiously-informed New England town square and green, and the historically desolate and isolating open prairies of the West.

The problem is, once again, that these observations are not supported by current empirical realities. Today, social relations do not regionally vary much. Seventy-three percent of Americans told the AEI survey that they have between one and five close friends. Regional variation is minor here, but what is notable is that Yankeedom with its urban history and density is actually the lowest (68 percent), while the Deep South and its sprawl has the highest rate (81 percent).

Fifty-four percent of Americans say they know their neighbors ‘very’ and ‘fairly well’. The Deep South, El Norte and Far West all came in at the low end (49 percent), with the Midlands at the high end on 61 percent and New England on 58 percent. The remaining regions were within a few points of the national average.

Eighty-two percent say they get on with their neighbors ‘very’ or ‘fairly well’. All 11 regions are in close agreement of this, with New England and New Netherlands at 85 percent, and the Left Coast and Far West at 78 percent. The least social here was the Deep South at 76 percent; barely a difference.

The survey also asked about neighborly habits like watching each other’s children, helping with shopping, house sitting, picking up newspapers or packages, lending tools, and other similar and relatively small efforts. Thirty-eight percent of Americans help their neighbors a few times a month or more often. Once again, the regions hover around this average with the Far West, New Netherlands, and the Left Coast being right in the middle. The least helpful were in the Midlands and Yankeedom (41 percent) and El Norte (30 percent). Again, there are minor differences. No region is an outlier in terms of communal engagement.

So the empirical evidence in the AEI Survey on Community and Society casts real and significant doubt on the Woodard argument that deep historical regional differences define American fault lines at the present time.

Undeniably, there are regional differences in spatial organization, living patterns, and food ways. And it is hard to deny that the Zeitgeist present at a place’s inception has no impact on its development and values. However, contemporary survey data makes it clear that neighborhood socialization patterns, ideological inclinations, and attitudes toward religion and the American Dream vary minimally across regional lines.

In short, despite a polarized political system and a deep dissatisfaction with the state of the nation, American values and social relationships are remarkably similar from the Plains to the Coasts —  despite a plethora of narratives claiming otherwise. On this Independence Day, many of the features and values that bind our nation together remain intact. Americans should cherish and celebrate these ideas.