Instead of teachers or parents, smokers now hide from busybodies 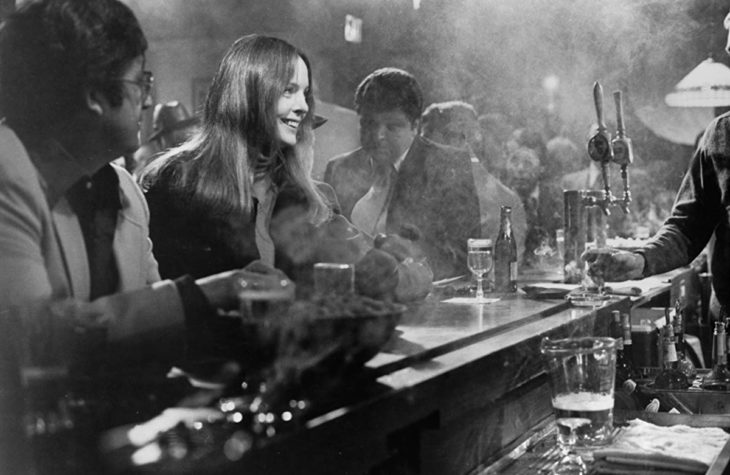 This article is in The Spectator’s October 2019 US edition. Subscribe here.

The best bar in America serves water in Styrofoam cups, a half pour. It’s the house specialty. There are half a dozen Chicagoans lining the bar, half a dozen Styrofoam cups. They fall silent when the newcomer enters, eye him as he takes his water. They want to make sure he doesn’t sip it. He does not. The newcomer asks for a Budweiser. ‘Cash only,’ the bartender says. The newcomer produces a bill and then passes the third and final test: he lights a cigarette. The...

The best bar in America serves water in Styrofoam cups, a half pour. It’s the house specialty. There are half a dozen Chicagoans lining the bar, half a dozen Styrofoam cups. They fall silent when the newcomer enters, eye him as he takes his water. They want to make sure he doesn’t sip it. He does not. The newcomer asks for a Budweiser. ‘Cash only,’ the bartender says. The newcomer produces a bill and then passes the third and final test: he lights a cigarette. The regulars return to chatting and smoking and dumping ash into their Styrofoam cups.

It takes constant vigilance to run the last smoking bar in a Democratic city — even if the rumors are true that the establishment is controlled by the Mob. And if you have not heard those rumors, the oversized Al Capone photo behind the bar, framed poster of Italian MLB players — DiMaggio had a brother? — at the bathroom entrance, and a staff composed of retired non-Irish city cops and firefighters are helpful clues. Organized crime isn’t what it once was, even in a city as famous for corruption as Chicago; the city has spent millions courting tech companies and all it takes is a few 311 calls from a few Groupon employees that wander in one day to blow up the whole party, no matter how many police pensioners are on the payroll.

The bar, which shall remain nameless, is a throwback, and not just because its jukebox starts at Frank Sinatra and ends at Sam Cooke. Nostalgia evokes a feeling, not a date. This bar brings you back to your first cigarette. The hush that descends on the daytime crowd with every creak of the door is the same one that you felt when you were sneaking cigarettes back behind the school gym, the childhood home, back when you could still smell.

Instead of teachers or parents, smokers now hide from busybodies. In the 1980s, the wealthy decided that the right to smell nice shall not be impeded. They started with a captive audience. President George H.W. Bush banned the dread cancer stick on airplanes, so consultants could arrive in Paris with the scent of their designer perfume as fresh as when purchased at the LAX duty-free shop. The busybodies saw an opening: why stop at the plane?

Smokers on a connecting flight no longer calm down with the flick of a match. If we’re lucky we’ll find a 5 x 8 foot cell humming with state-of-the-art air purifiers, glass-walled so parents can explain to their children the dangers of tobacco. We’re animals in a teaching zoo. Even these have disappeared. A couple years back, I returned to what I thought was the Dallas-Fort Worth Airport’s smoking room to find a wine bar. When you touch down in Charlotte, North Carolina, in the state tobacco built, try asking an employee for directions to the nearest smoker’s pole. You’ll be directed outside. In order to safeguard against cancer, one must be bombarded with the no-doubt harmless rays of TSA body scanners for a second time.

The Denver International Airport resisted this trend, playing host to the second-best smoking bar in America. It had the Smokin’ Bear Lodge on the second floor of Terminal C. There were faux-leather chairs and a one-drink minimum. It is gone now. Airport officials ended the lease in March 2018, citing public health concerns. Flyers looking to steady the nerves amid turbulence must rely on healthy, upstanding things: Xanax, prescription opioids and marijuana.

The fourth-best smoking bar in America is Shelly’s Back Room in Washington, DC. You can’t miss it, with the Native American statue at the door, the odor wafting down half a block away. Regulars pay hundreds of dollars a year to store their cigars in personal lockers; cigarette smokers pay $6 for a domestic beer and the privilege of lighting up indoors. You sit in genuine leather booths and admire the old-school wood paneling beneath the pre-revolution portraits of Havana on the walls. It brings enemies together. GOP lobbyists sit beside Democratic senators, united in their consumption of forbidden taste. Rudy Giuliani stops by every now and then; so does the Revd Al Sharpton.

That is to say the crowd is as uniform as could be. Those lobbyists and senators are all millionaires, and the chatter mostly shoptalk about politics. Cigar lounges seem to survive even strict smoking bans because of their patrons’ access to power. The best smoking bars, operating legitimately or illegitimately, have the ability to bring together classes who would otherwise never have reason to socialize.

The third-best smoking bar was the 34 Club in St. Louis, a place I stumbled upon while waiting for a ride to the airport. It was a neighborhood dive located in a gentrifying area of the city; it operated without the threat of raid hanging over its head. I entered at 4 p.m. and stayed an hour, puffing away with some union laborers, a male hairstylist and a Republican staffer on the same stools and booths used by Stan Musial, Dean Martin and Miles Davis. No one talked shop. Five beers cost $15 with the tip.

The 34 Club is no more. The city traded in the neighborhood dive founded in 1941 for ‘71 boutique residential flats’ and a Shake Shack, which will go great with the new Whole Foods down the block. Using a program designed to boost ‘blighted’ areas, the city awarded developers $6 million in financing to tear down the landmark. Urban blight used to be a matter of vision, but our social betters can also detect it with their noses.

This article is in The Spectator’s October 2019 US edition. Subscribe here.