If our leadership wants us to listen to them, they should discourage Karens 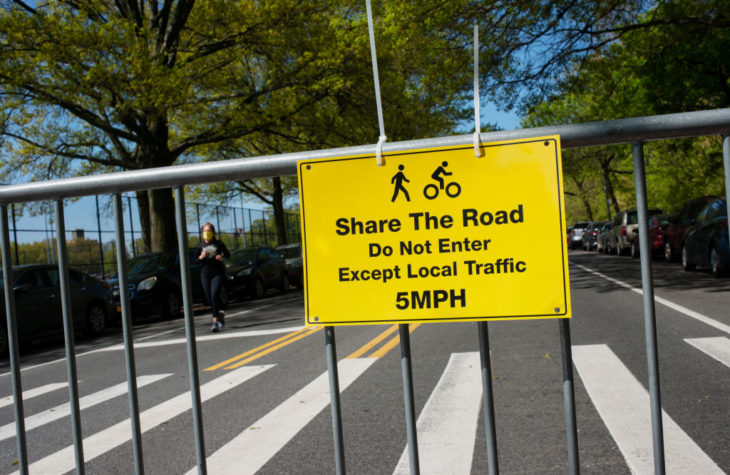 I knew I was dealing with a Karen when the police showed up.

We had only recently moved in and we had a serious leak in one of our bathrooms. We called a plumber for emergency repairs. A woman on our block confronted my husband about it and, despite his explanation that the work was essential, she called the cops.

Along with all the other problems coronavirus had wrought on our society, we are witnessing the rise of the ‘Karen’.

Pre-corona, the term ‘Karen’ was used to describe the neighborhood busybody, the woman in front of you at...

I knew I was dealing with a Karen when the police showed up.

We had only recently moved in and we had a serious leak in one of our bathrooms. We called a plumber for emergency repairs. A woman on our block confronted my husband about it and, despite his explanation that the work was essential, she called the cops.

Along with all the other problems coronavirus had wrought on our society, we are witnessing the rise of the ‘Karen’. 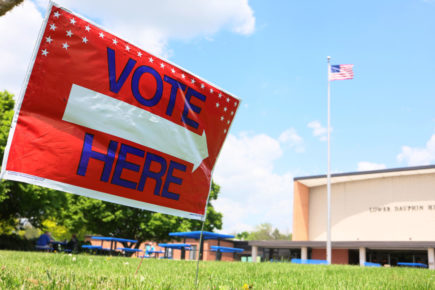 Pre-corona, the term ‘Karen’ was used to describe the neighborhood busybody, the woman in front of you at Target who gets into an argument at the check-out and demands to see the manager.

But coronavirus has given Karen a new role in life and more power than she’s ever had before.

In many cities across the US, people are encouraged to alert authorities if they see anyone breaking the government’s COVID-19 guidelines. In New York, Mayor Bill de Blasio introduced a tip line for the Karens of the city to call in when they see people not social distancing. Tell on your neighbors, New Yorkers! What could go wrong?

No word whether the tip line had received a complaint when the mayor, his wife and at least three aides were driven from Gracie Mansion on the Upper East Side for a stroll in Brooklyn’s Prospect Park.

The mayor’s home neighborhood of Park Slope, Brooklyn is filled with such Karens. The neighborhood message boards for Park Slope are full of people reporting on others. One Park Sloper posted about calling the police because her neighbors appeared to be having friends over in their backyard. Many other Karens weighed in with support. The lone dissenter, who wrote that people in their own backyards should be left alone, was dismissed as a troll.

The certainty with which Karen lectures those around her is her worst attribute. There’s so much we don’t know about COVID. But not Karen. She knows all. The Karens are always exasperated. ‘What don’t you understand?’ ‘How can you not know this?’, they wonder about information they themselves learned moments ago.

Take masks. In February and March when the CDC was advising against wearing masks and the Surgeon General asked Americans to not buy health masks, Karen was out in force mocking people who were wearing masks and calling them selfish for not saving those masks for medical staff.

But now, Karen is queen of enforcing mask-wearing. Everyone must wear one at all times, even if they are not near other people. Karen takes to the Nextdoor message boards to complain about all the people she sees without one. Joggers are currently the  main target, because engaging in a solitary exercise with a covering on your nose and mouth should apparently be easy, but that could shift at any time.

‘Why is this so hard?’, Karen asks. Yes, it’s hard for people to understand how we went from ‘masks are pointless’ to ‘masks are mandatory’ in a few short weeks with Karen lecturing us the whole way. Even now the World Health Organization suggests ‘if you are healthy, you only need to wear a mask if you are taking care of a person with COVID-19.’

It’s almost unfair that the term for this kind of busybody has a gendered name. Men can be, and often are, Karens.

In mid-March, again in Park Slope, a video of a man standing on his fire escape and shouting ‘stay home’ at passersby went viral. Obviously he had no idea what the people were doing outside, or if their jobs allowed them to stay home, but that’s a key Karen attribute: you don’t have to know anything about a situation to disseminate your very strong opinion about it.

Another Karen feature is criticizing others for doing the same thing that Karen is doing. Karen is at the park snapping pictures of the other people at the park so she can post them to Facebook and bemoan how people aren’t taking this thing seriously.  Like Daniel Uhlfelder, the guy in a grim reaper costume roaming Florida beaches to send a message that it’s dangerous to be out — despite the fact that he is out.

Last week a Massachusetts dad took his Karenism over the edge when he pulled a knife on a jogger who wasn’t wearing a face mask.

Karen curses to show that she cares about coronavirus, and by extension other people, except the ones who don’t act the way she wants them to, more than you do. ‘Stay the “f” home,’ she says while collecting her usual paycheck from her job. Any talk of reopening any parts of the economy faces Karen’s wrath. Why do you care about the stock market more than people’s lives, she wonders.

The problem with the government deputizing a Karen to report on her neighbors is that New Yorkers, and all Americans, have been fairly compliant already in following the ever shifting rules. But with every one of Karen’s condescending tirades, we risk making people snap. Then they’ll eschew all the guidelines we need to follow to reopen, just to showdown with the wannabe tyrant. If our leadership wants us to listen to them, they should discourage Karens.

Right now Karen is fraying our communities and we have to stop her. Karen forms the mobs, but all of us have to resist joining. Go easy on the people around you and stop judging. We will have to be neighbors when this is over. Don’t let Karen destroy what coronavirus couldn’t.

by Karol Markowicz Karol is a columnist at the New York Post and a Spectator contributing editor. 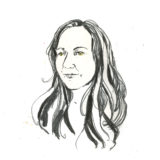 Karol is a columnist at the New York Post and a Spectator contributing editor.