Can the Mayr diet work at home?

It’s amazing, but when you chew something 60 times, a piece of broccoli starts to taste sumptuous, complex, irresistible 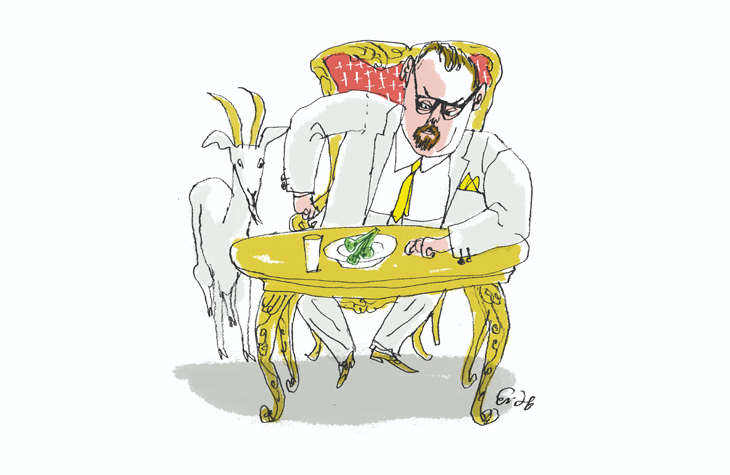 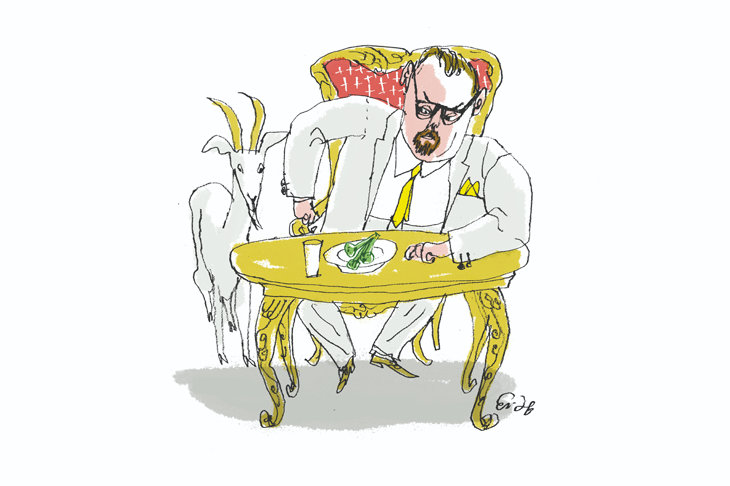 Can the Mayr diet work at home?

About five years ago, just after my 50th birthday, I noticed that I was extremely fat. Not ‘overweight’, not ‘heavy’, not ‘big-boned’, not possessed of a ‘good sense of humor’; fat is what it was. It was down to a long-undiagnosed medical condition and the attendant medication. It was also down to enjoying food a lot. What to do about it? Like a lot of men, I like a solution. I fundamentally believe that if you have a problem, you just need to find the right expert, who will lift the hood, run a few...

About five years ago, just after my 50th birthday, I noticed that I was extremely fat. Not ‘overweight’, not ‘heavy’, not ‘big-boned’, not possessed of a ‘good sense of humor’; fat is what it was. It was down to a long-undiagnosed medical condition and the attendant medication. It was also down to enjoying food a lot. What to do about it? Like a lot of men, I like a solution. I fundamentally believe that if you have a problem, you just need to find the right expert, who will lift the hood, run a few tests, give you a schedule to follow and it’ll be right as rain.

‘Go to the Mayr,’ a friend said. ‘They’ll put you right.’ And so it was. The Mayr Clinic is a celebrated health farm on the shores of the Wörthersee, a lake in eastern Austria. It rests on the belief that there is too much acidity in the normal western diet; the cure removes all acidity from your food and gives the alkaline alternative to you in exquisitely tiny amounts. The classic alkaline program, which I undertook for three weeks, is startlingly austere. You are only permitted 650 calories a day — a small buckwheat roll with a small amount of vegetable spread for breakfast, a tiny piece of fish with green vegetables for lunch, and a clear vegetable consommé at 6. Anything deemed to produce acid is avoided. There are various surprising requirements: you have to chew everything 60 times, mindfully, and conversation over meals is frowned upon. No drinking of water within half an hour of eating. Epsom salts in the morning producing a violent daily purge.

It worked, to an astonishing degree. After four days of this, my energy levels were so insanely high I had to set off after lunch every day for a four-hour hike. My skin looked photoshopped. My hair had the gloss of a commercial. I felt ludicrously high-spirited, too. In three weeks I lost 22 lbs, and in the two months afterwards, 33 lbs more. It was an amazing reset. I had to buy an entire new wardrobe. Afterwards, a lot of things I had regularly eaten or drunk tasted actively disgusting — fizzy drinks, chocolate, anything with sugar in it. A lot of things I had liked a lot were now OK but nothing more — cheese, wine. It’s amazing, but when you chew something 60 times, a piece of broccoli starts to taste sumptuous, complex, irresistible; an industrially produced piece of cake more and more toxic. I know what a twerp that makes me sound.

Time went by; I had another trip to the Mayr. It worked again; I went to a nightclub a week after coming back, and a girl at the bar guessed that I was 32. (She was quite drunk, I admit, but still…) Last January I was just about to propose another trip to the Mayr when the first whispers of COVID were heard. A year later, and after Christmas a reset was definitely necessary. The only thing to do was, in the middle of lockdown, to recreate the Mayr experience at home.

The easy thing is to prepare the menus for the week. I drew on the Mayr’s lists of alkaline-producing foods and a few old menu cards, jealously preserved. Horseradish, beets, almonds, figs, potatoes, goat and sheep cheese good; meat, cow milk and cheese, chickpeas and bread from wheat bad. The list is difficult to predict: almonds but not cashews, cucumber but not lentils. For breakfast, crispbread with half a small avocado. Lunch could be greens topped with a tiny piece of salmon; the recipe specified three ounces. I would have clear vegetable soup at 6 and contemplate my virtue all evening.

Ten days passed like this. There are a few obstacles to pursuing the Mayr cure at home. It is all very well chewing your lunch 60 times while gazing at a magnificent Carinthian lake. It is not the same, I discovered, if your view is a cherry tree in a London street (front window) or the trash bags outside the kitchen window. The Mayr offers all sorts of physical diversions that are honestly not the same in Battersea — daily massages, salt scrubs, forest hiking, saunas. And at home there is the constant presence of temptation in the form of forbidden food.

It is jolly hard to break the rules at the Mayr. There is a rumor that the restaurants within five miles are forbidden to serve absconding inmates. A friend of mine claims that, after she bunked off one afternoon and ate a schnitzel, the doctor administering the daily abdominal massage detected it the next day. Anyway, I didn’t bunk off. But at home?

I don’t think I ever really appreciated the almost incredible bounty of my food cupboards until they were forbidden to me, in the 10-day mini-Mayr. There are seven different vinegars in the cupboard (red wine, white wine, sherry, balsamic, rice, Xinjiang for Sichuan cooking, and malt, because fish and chips, obvs). There are four different sorts of yeast extract (Marmite, Marmite with chili, the Australian Vegemite and the Swiss Cenovis). ‘Why do you need four versions of Marmite,’ my husband said, ‘when they’re all disgusting?’ ‘They each have their use,’ I said, I hoped enigmatically. All these, and 20 other miniature collections, were calling to me, six hours after the last bowl of clear soup.

And the emporia of London were calling to me, too. I glimpsed the first English asparagus. Was asparagus acid? No idea. The veal sweetbreads in Mr Moen, our peerless Clapham butcher, were at the peak of perfection. I’m not susceptible to chocolate, but I have some recherché indulgences that were just… there. Nèfles; salsify; oysters; that appallingly debauched Blaues hirni cheese, with the mold encasing the cheese and not running through it in veins. Are these acid or alkaline? Whatever.

I managed it for 10 days; and then I didn’t manage it. I am just putting dieting down with raves, Parsifal and rococo furniture as things that can’t actually be done at home. When they open up, I’m on the first plane to Klagenfurt.