Back to the future

How the post-pandemic world could resemble the 1950s 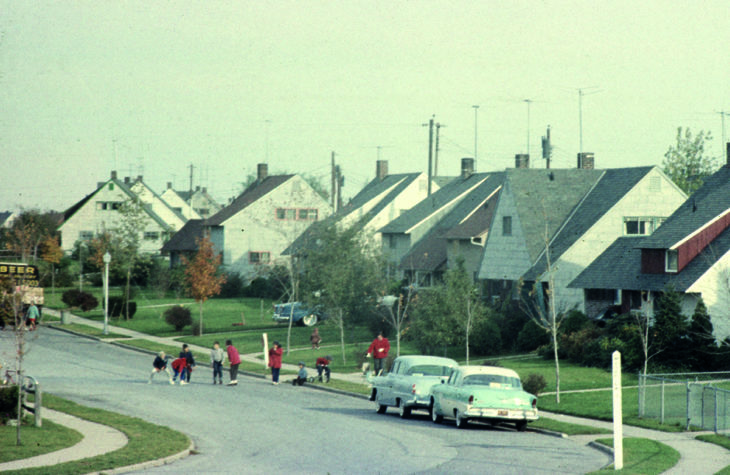 Back to the future

Will COVID-19 change society? If effective treatments and a vaccine are found, maybe not. After a bad year or two, the pre-pandemic status quo of dense cities, crowded subways and far-flung global supply chains might be restored, and the global plague might be forgotten as swiftly as the Spanish flu was in the subsequent Jazz Age.

I don’t think so. I hope to be proven wrong, but I suspect the trauma will endure long enough to effect lasting changes in lifestyles and business models. In the United States and similar western democracies, the post-pandemic social order...

Will COVID-19 change society? If effective treatments and a vaccine are found, maybe not. After a bad year or two, the pre-pandemic status quo of dense cities, crowded subways and far-flung global supply chains might be restored, and the global plague might be forgotten as swiftly as the Spanish flu was in the subsequent Jazz Age.

I don’t think so. I hope to be proven wrong, but I suspect the trauma will endure long enough to effect lasting changes in lifestyles and business models. In the United States and similar western democracies, the post-pandemic social order may seem more like that of the 1950s than the 2000s.

In the last generation, cities like New York, San Francisco and London were revitalized by the influx of the rich and glamorous and the price-driven expulsion of their working-class and poor residents. But the romance of early 21st-century megalopolitan life is gone for all but the hardiest bohemians. Yesterday’s buzzing hipster neighborhood is today’s simmering Petri dish.

If you are rich and you assume that future pandemics or variants of COVID-19 could sweep the world at any time, that house in the Hamptons may look better as a permanent residence than the overpriced sliver apartment in ultra-dense New York City, which to date has accounted for about a third of all US coronavirus deaths. You don’t share an air-conditioning system and elevator with neighbors, and there is room in the garage for an extra freezer stocked with emergency supplies and a small arsenal for dealing with plague-mutated zombies.

The 2020s could witness a wave of suburbanization like the one that followed World War Two. While many of the urban rich move out of crowded downtowns, the working classes may be driven even further into the metropolitan periphery. If the pandemic is followed by lingering mass unemployment and a decade of lost growth, working-class people and retirees will be even more inclined to compensate by moving to cheaper land to reduce their biggest fixed cost — the rent or mortgage.

A flight from the big cities, should it take place, could see a reversal of the urban gentrification that occurred in the recent pre-pandemic years. After World War Two, many American cities were depopulated and de-industrialized. Municipal bankruptcies, riots and crime waves exacerbated the dereliction. A few elite neighborhoods in Paris, London and New York will always be fashionable, but others could undergo the kind of dystopian urban decay that was familiar as recently as the 1980s, inspiring movies like Taxi Driver (1976) and Escape from New York (1981).

Mass transit may be another casualty of COVID-19, along with the ‘shared economy’ of taxis and Uber and Lyft. People who do not want to wear masks on the subway may also think twice about getting into a taxi where the seat is still warm.

America after World War Two was rebuilt around the private automobile — drive-in movies, drive-in restaurants, drive-through banks. In the age of streaming movies, drive-in cinemas are unlikely to return. But in the present crisis, many banks and grocery stores in the US have replaced indoor service with drive-through services. Some of these innovative car-based business models may last.

Then there is home delivery. Those who have been traumatized by COVID-19 may think twice about spending the day shopping with crowds in enclosed spaces. Online shopping and home delivery were hurting the retail business before the pandemic. The future of retail may be regional and local distribution centers and delivery trucks — or delivery bots and drones.

Movie theaters may go the way of malls, if the sound of people coughing in the audience can turn any movie into a horror film. In 1950s America, competition from television was already being felt. Hollywood tried to lure Americans back to the cinema with big-screen Technicolor epics like Ben Hur (1959) that could not be enjoyed on the small screen. Equivalent strategies seem unlikely to work this time, although given the lower rates of outdoor contagion, there might be a market for actual chariot races, with social distancing rules for the mob in the stands.

Many small businesses that have been shuttered in compliance with social distancing orders may never reopen, replaced by franchises of big chains or companies with deep pockets. Even before the pandemic, there was a trend toward consolidation, not as a result of sinister capitalist conspiracies but because of new, more efficient business models based on information technology in industries that had previously been low-tech and localist. Big firms and chains often provide lower prices and higher wages than small, struggling mom-and-pop operations, so the effects of consolidation are by no means to be lamented. Growing corporate concentration, for better or worse, would be another way in which the 2020s would resemble the 1950s, when giant firms like GM, IBM and Sears dominated the economic landscape.

Will the pandemic drastically reduce globalization? The US and other countries may undertake programs to shorten supply chains and reduce reliance on foreign sources of medical and other essential supplies. But the strategy of driving down labor costs by replacing well-paid citizen-workers with low-wage immigrants and impoverished, unfree labor in other countries is too profitable to be abandoned by multinational corporations. Even worse, lingering mass unemployment may produce an extra reserve army of the unemployed to provide businesses with a buyer’s market in cheap labor.

When it comes to labor relations, the 2020s in the US may be more like the 1950s, when US business began its long, successful campaign to crush private-sector unions and transfer plants from the high-wage North to the low-wage South, than the 1930s and 1940s, when organized labor made temporary gains. Now, as in the past, larger firms may use worker-friendly policies and benefits as a way to discourage unionization, so that gains for workers may take the form of more corporate paternalism, rather than increased collective bargaining.

Much of the urban service economy in the past generation has consisted of domestic chores — laundry services, cooking, cleaning — outsourced to low-wage immigrants. This would have surprised most Americans in the 1950s, who expected that by 2020 robots and advanced household appliances, not poor people, would perform such tasks.

In the suburban America of my childhood in the 1960s and 1970s, the vice-presidents of small local banks, well-paid lawyers and small business owners flaunted their wealth before their neighbors by driving their own high-powered, tractor-like lawn mowers. By 2000, thanks to the availability of inexpensive, often illegal immigrant labor, teams of low-wage lawn-care workers became a common sight in the American suburbs instead. Maybe social status will once again be signaled by the ability to afford labor-saving technology, rather than to pay for servants.

In the 1950s, appliances such as the washer-dryer brought many labor-intensive activities that had previously been performed outside the home in house. The equivalent today may be the insourcing of some medical services, with home testing and telemedicine eliminating many frustrating (and sometimes dangerous) visits to the doctor’s office.

In a post-COVID-19 world, home economics may make a comeback, thanks to fears of dining with strangers in crowded restaurants and bars. As in the Ozzie and Harriet days, the new norm may be home cooking, supplemented by occasional deliveries (the pizza delivery service was another innovation of post-1945 America).

Civil defense, another mid-20th-century practice, may be revived too. As a child in Austin, Texas in the 1960s, I hid under my kindergarten desk alongside my classmates when the sirens went off in periodic air raid drills, preparing the population for the possibility of atomic war. (I enjoyed the drills, because when the sirens stopped we were rewarded with grape juice and crackers.)

Some well-organized western democracies, if not the shambolic US, are likely to create permanent early-warning systems for future pandemics, complete with testing and contact tracing, that can be reactivated when needed. Will pandemic drills replace the air raid drills of the postwar era? Will ‘mask and wash’ be the new ‘duck and cover’?

There may be a turn toward authority. In mid-20th-century America, the role of scientists and engineers in defeating polio and winning world wars gave experts a prestige not enjoyed before. Think of all the 1950s science fiction movies in which the general deferentially says, ‘Tell us, Professor…’

Beginning with Berkeley’s Free Speech movement in the 1960s and campaigns against censorship and the Vietnam War, the American left joined libertarians on the right in being intensely suspicious of established authority of all kinds. As recently as the last generation, the antivaxxer movement found adherents among some liberals.

The puritanical new progressives, however, are more like the capital-P Progressives of the early 1900s such as Woodrow Wilson who dreamt of technocratic government by enlightened experts and all-powerful administrators. They are obedient teacher’s pets, not rebels without a cause. As part of the ludicrous attempt between 2016 and 2019 of neo-McCarthyite Democrats and Never Trump Republicans to frame Donald Trump as a conscious agent of Moscow, liberal Democrats warned their fellow Americans not to question the motives or statements of the CIA and FBI. Now, after a moment early in the pandemic when many on the left claimed travel bans were racist, the American center-left and much of the center-right is in full Believe-All-Experts mode. A white lab coat has once again become the uniform of authority, as in the days of Jonas Salk and Albert Einstein.

by Michael Lind Michael is the author of The New Class War: Saving Democracy From The Managerial Elite and a contributing editor to The Spectator. 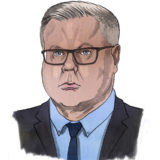 Michael is the author of The New Class War: Saving Democracy From The Managerial Elite and a contributing editor to The Spectator.