As I bought the drinks, Didier told me that voluntary euthanasia was in and casino capitalism out 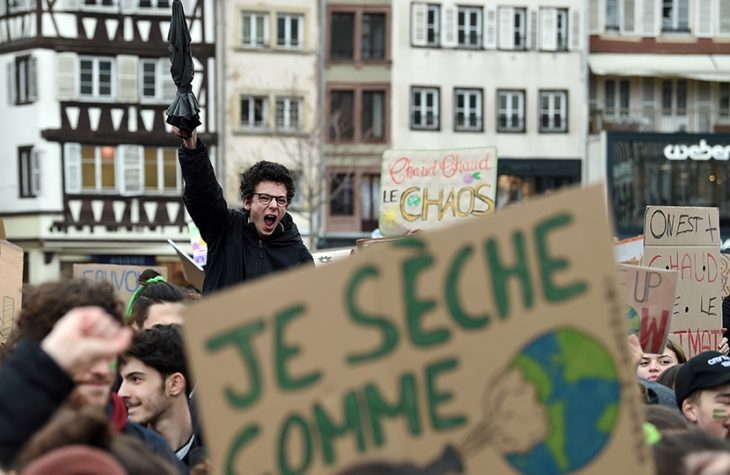 South of France
Chatting on the café terrace with my new friends Didier and Emile made me aware that certain political ideas, which before the COVID-19 pandemic I had comfortably assumed belonged on the wilder shores of political discourse, are now mainstream among the under-thirties. I felt a little envy, perhaps, for Didier’s undoubting conviction that questions of equality, gender, race and white supremacy were the ultimate verities for humankind. But a single word often betrays a great design, and his supplementary advocation of voluntary euthanasia for the chronically sick and elderly indicated all too clearly...

Chatting on the café terrace with my new friends Didier and Emile made me aware that certain political ideas, which before the COVID-19 pandemic I had comfortably assumed belonged on the wilder shores of political discourse, are now mainstream among the under-thirties. I felt a little envy, perhaps, for Didier’s undoubting conviction that questions of equality, gender, race and white supremacy were the ultimate verities for humankind. But a single word often betrays a great design, and his supplementary advocation of voluntary euthanasia for the chronically sick and elderly indicated all too clearly in which direction his ideal post-COVID society would be headed. Also, it seemed to me that beautiful and profound though his ideals were, Didier wasn’t a real person in touch with realities. Though, if I am to be thoroughly objective about it, neither am I.

Real or unreal, however, a young person’s friendly but not unselfish interest in me flattered me. And besides, the alcohol was beginning to effect its usual transformational magic. Behind the disaffected and aggressive persona I saw a trusting, thwarted heart. Here he was, recently grown from a child into a man. He had stood on the threshold of society and yelled: ‘Here I am! I’m willing to believe! Where do I sign?’ And society had ignored him.

This had happened to me also. Without that necessary stroke of luck to give you a leg up, one can become embittered. Especially if those ignoring you appear to possess neither strength nor merit. Didier and his friend Emile were broke. I was buying. Didier was the poor young intellectual Turk, the repository of all knowledge, in fact. Emile was saved from insignificance only by his bulk. Unlike Didier, however, Emile wore his accretions of despair and destitution lightly. Earlier I had told Didier as a conversational gambit that I was glad that the bar had reopened and things were back to normal. He had taken exception to this because normal hadn’t been doing him any favors.

‘Come, come,’ he’d said (or more colorful words to that effect). According to him, my old people’s ‘normal’ had gone on for far too long and had all but destroyed the planet. Why, even we old people no longer believed in our rotten normal any longer. We were simply clinging on to our ill-gotten gains by our arthritic fingers. It was time for a change. A big change. That was Didier’s analysis. After that I was ‘Mr Normal’ as though I was the personification of my greedy, spavined generation.

‘A violent change?’ I suggested.

‘Yes, of course, violent, Mr Normal. But you old people are so morally rotten you will collapse at the first blow. See how your cultural structures are already caving in at the slightest pressure. Not even yourselves or your leaders believe in them anymore. Already you are toppling like a house of cards. Casualties will be light, I suspect.’

‘And your new, just, equal world will be free, incorruptible and fair?’ I said, trying to sound upbeat.

‘Of course not, Mr Normal. But we can first save the planet from the evil you old people are doing by switching off this casino capitalism. We can turn off the bullshit media. We can begin to live again like human beings instead of battery pigs.’

The waitress now stood in front of us, stretching luxuriously and theatrically into a shuddering yawn, her rising top revealing a sprinter’s midriff. It was time for an interlude, plus I was genuinely interested.

As far as Didier was concerned this tranquilizer dart of a question belonged in prehistory, and he ignored it with theatrical coldness. Emile, however, brightened and like a Sultan reclining on a divan, considered the question thoroughly in all its aspects and implications.

Didier shut his eyes tightly. Afraid of being mistaken for a man of cloistered virtue as well as a reactionary, I said that I adored cheap, preferring it over any other category.

‘Of course there will be no more casual sexism in your new society, right?’ I said to Didier.

‘I would institute the death penalty for such horrible comments,’ he said. His eye was stern but not entirely without humor.

‘Yes. And afterwards we will send the bill for the bullets to your loved ones.’

‘Same again, Didier?’ I said, feeling like a last drink before the blindfold went on.

‘If you insist, Mr Normal.’

Emile assented with a mild belch. The waitress was perched on a high stool and smoking a super-king cigarette. Her persona was concealed behind a face mask yet still she radiated boredom. I lifted three fingers in her direction.