The American dream has no time for offal

Why is the US taste in meat so blinkered and narrow? 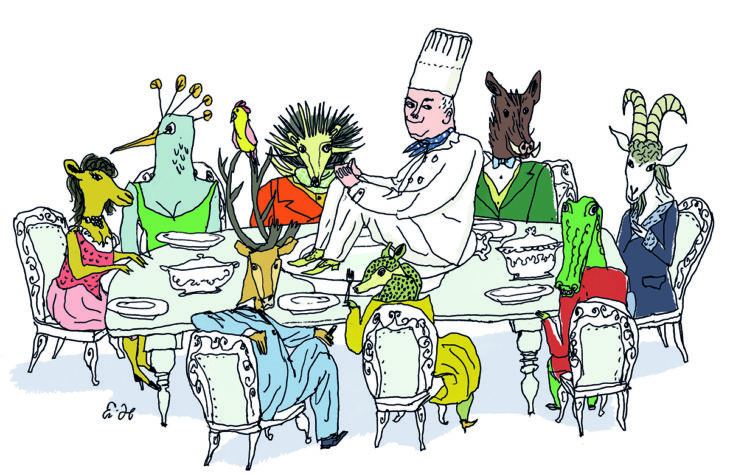 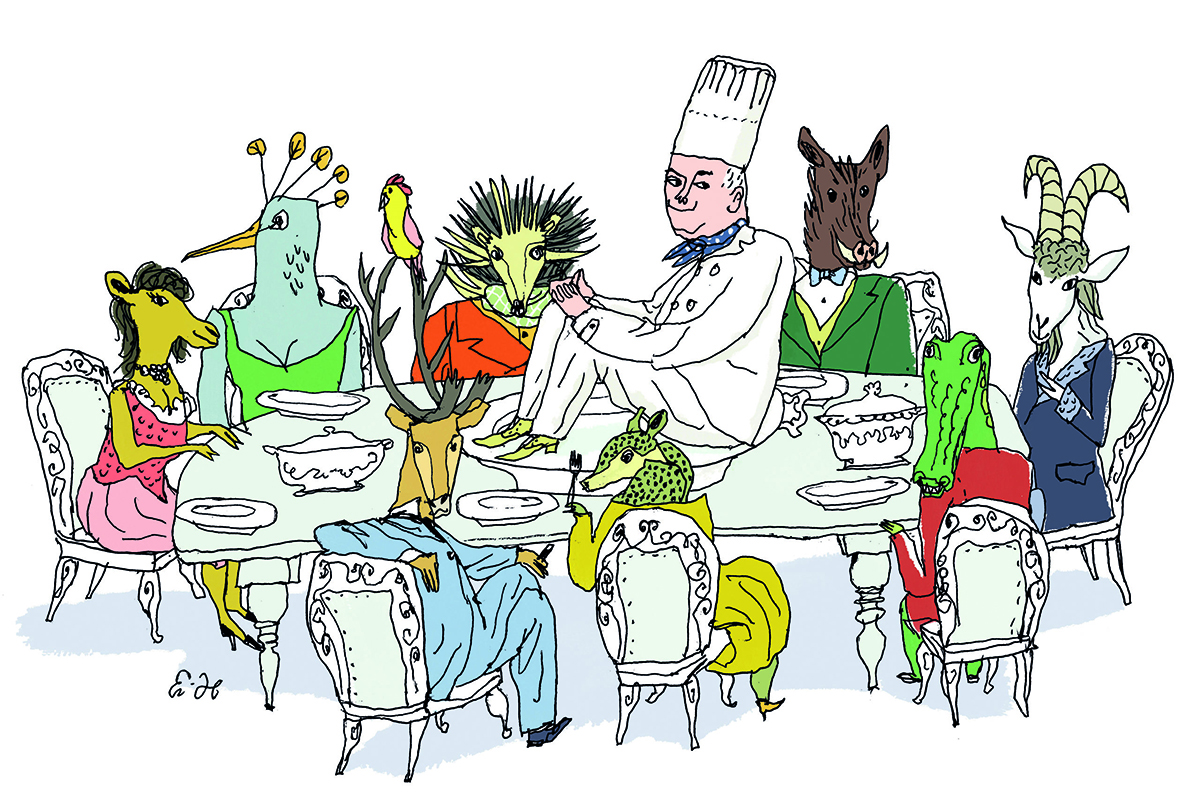 The American dream has no time for offal

You can get goat in parts of New England. Consumers of Portuguese origin create a market unparalleled elsewhere in the US. In Boston, as I recall, Savenor’s used to sell camel and kangaroo. Few meats are too un-American for New York City. Ottomanelli, purveyors to whatever is left of the Four Hundred, still has venison of the quality they sold to the Upper East Side in the Gilded Age. Los Paisanos in Brooklyn stocks alligator, turtle and caribou. But the great days of the 1950s, when a club in New York served porcupine, caribou, muskrat...

You can get goat in parts of New England. Consumers of Portuguese origin create a market unparalleled elsewhere in the US. In Boston, as I recall, Savenor’s used to sell camel and kangaroo. Few meats are too un-American for New York City. Ottomanelli, purveyors to whatever is left of the Four Hundred, still has venison of the quality they sold to the Upper East Side in the Gilded Age. Los Paisanos in Brooklyn stocks alligator, turtle and caribou. But the great days of the 1950s, when a club in New York served porcupine, caribou, muskrat and armadillo, are fled. With the closing of the American mind has come the narrowing of American appetites.

Americans’ self-image is of enterprise, pioneering, innovation, adventure and the call of the wild. So why is their taste in meat typically blinkered and narrow? Maybe 20 years ago, my friend Henk vowed to serve hasenpfeffer (which calls for joints marinated for days and braised with torturous torpor) at a dinner party in Princeton. He had to get the train to the Big Apple to buy the ingredients. ‘First, catch your hare.’ Today, he might have to send to Europe.

Items of everyday European fare are unobtainable in most of the US. Offal, though liver and sweetbreads appear in old American novels, has been virtually proscribed. I’ve heard a radio jock mock the English for eating ‘kidney pie’ as if eating a kidney were like drinking the critter’s unprocessed urine. Delicacies of my Spanish homeland — testicles, ears, tails, cocks’ heads and unctuous pigs’ trotters — are so repellent to US prejudices that most of my fellow residents of northern Indiana will never sample them. The shops fill with so-called Polish sausages for St Adalbert’s Day, but you can’t get haggis for Burns Night.

I’m willing to excuse such squeamishness: I blanch when offered horse or dog or sheeps’ eyes. But even lamb is absent from most supermarkets in my area, and those that have it often put nothing on display except a rack and maybe a leg if you’re lucky. Don’t bother to ask for noisettes or neck. Duck is almost confined to restaurants, though I frequent an openminded local grocer who sells smoked breasts for home consumption at an exorbitant price. I have never seen goose within a hundred miles of where I live. You can buy bison — surely the most Midwestern of meats — but only by conforming to the restricted opening hours of the butchery attached to a local restaurant whose owner has a buffalo ranch.

Even the meats Americans eat regularly — beef, pork, chicken and turkey — are available in a severely curtailed range of cuts, making one wonder what happens to most of the carcass. Wild turkeys exist: we know this because a well-loved whiskey brand is named after them. But you never see their meat in the shops. You can get a respectable length of châteaubriand or ribs of beef on the bone for roasting — but only by beseeching the butcher: normally, they are chopped into steaks.

The most mysterious gap in the meat market is pork-related. Bacon only comes from bellies, never from the pig’s back, where the best cuts are. Gammon, the hind thigh, roasted under a sticky, crunchy glaze, is one of my wife’s specialties. But she can’t cook it in America because it requires salt-cured, unsmoked, uncooked ham. A search of which Nero Wolfe would have been proud led us at last to a Polish butcher, far from our home, who was willing to grant us a boon — but we would have had to buy the whole pig to qualify for it.

At one level, America’s ducking inclusive butchery is part of an almost universal phenomenon: however intrigued by new gastronomic experiences, humans stay conservative at heart about food. The comfort of the familiar reasserts itself when we are ill or challenged. Husbands’ yearning for what Momma used to make wrecks marriages. Specialist suppliers everywhere cater for retro tastes and for migrants’ longing for the smack of home.

The fastidiousness, however, that excludes the wild and the weird is part of an American paradox: on the one hand, the widening range of immigrants, the cultural effects of globalization and the commitment of militant advocates of diversity and inclusion broaden American sympathies. Ethnic restaurants multiply. Indian, Chinese, Polynesian, Southeast Asian, Latino and African eateries attract diners, just as ‘world music’ and exotic travel destinations have become accessible, acceptable and somewhat sought after. Americans — ever more aware that the ‘American century’ is over and that they have to take their place as one nation among many — seem to be discovering the world, and sampling it with varying degrees of interest and pleasure. History courses with ‘world’ or ‘global’ in the course description are the most popular with students: 300,000 undergraduates are pursuing them as I write.

Americans’ gustatory fastidiousness, however, exceeds the usual limits of conservatism: real fear is involved. The movies have stopped celebrating the wild frontier; everyone wants to be ‘middle class’ and associates processing and sanitizing with civilization. National diet, at least as far as meat is concerned, is turning inward, rejecting ‘alien’ cuts and innards with an almost Trumpian prioritization of ‘America First’. Kiełbasa is exempt, as is corned beef for St Patrick’s Day — the subject of a strange illusion that the dish is peculiarly Irish: both have become as American as apple pie, because of the long, loyal assimilation of Poles and Irish, whose legacies are now part of the identity of other Americans. But game, offal and offcuts are representatively foreign, evoking, I suspect, a Europe that earlier generations of migrants rejected: where they had to steal their proteins or chew unavailingly on the tough offcuts the rich left to their ancestors. Democracies, as the statue-topplers’ misplaced vengeance shows, have to mature before they can live with their memories. The New World, it seems, is not yet old enough to eat hasenpfeffer, or to mark St Patrick’s Day with Irish stew.