Beyond: The Astonishing Story of the First Human to Leave Our Planet and Journey into Space by Stephen Walker reviewed 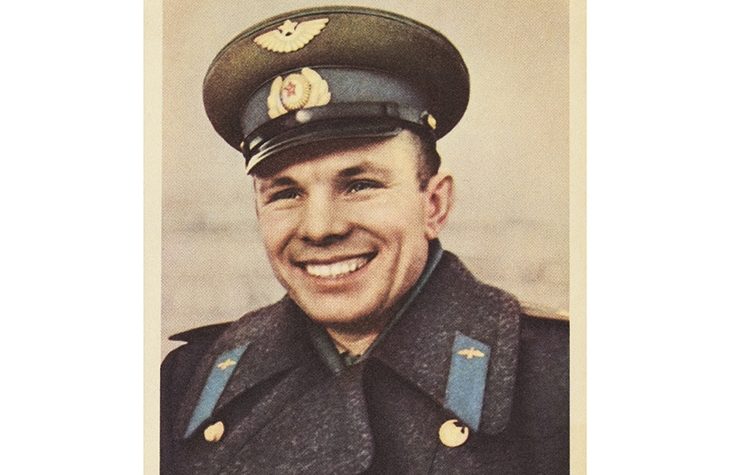 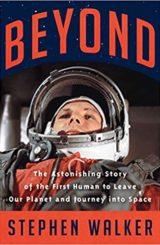 Beyond: The Astonishing Story of the First Human to Leave Our Planet and Journey into Space

To an observant outsider, the Soviets might have appeared to have developed an oddly intolerant attitude towards stray dogs. Every so often throughout the late 1950s, a fresh pack of homeless mongrel bitches was picked off the streets of Moscow and transported to a remote region of Kazakhstan, where they were promptly strapped into the nose of a ballistic missile and fired into space. If they survived till re-entry, they would likely be blown up by a remotely detonated on-board bomb designed to prevent their earthbound remains from falling into enemy territory. It was, as...

To an observant outsider, the Soviets might have appeared to have developed an oddly intolerant attitude towards stray dogs. Every so often throughout the late 1950s, a fresh pack of homeless mongrel bitches was picked off the streets of Moscow and transported to a remote region of Kazakhstan, where they were promptly strapped into the nose of a ballistic missile and fired into space. If they survived till re-entry, they would likely be blown up by a remotely detonated on-board bomb designed to prevent their earthbound remains from falling into enemy territory. It was, as the phrase goes, a dog’s life.

This elaborate and rather costly method of canine population control was one of only a very few signs that the Soviets planned imminently to put a man in space. In fact the Soviet space program that launched Yuri Gagarin into orbit in April 1961 didn’t officially exist until it had triumphed. One of the lessons of Stephen Walker’s Beyond is that it was the USSR’s long-standing commitment to dissimulation, its institutional paranoia and devotion to concealment, almost for its own sake, that won it a decisive advantage in the early space race. It was, the secret of their success, so to speak.

The Americans found themselves at the losing end of an asymmetric information problem. For example, the major design flaw of the American Mercury rockets was that they kept on blowing up — or, as in November 1960, soaring four inches into the air, then blowing up and toppling towards the VIP area at Cape Canaveral ‘like an incoming shell’. And when they did, Soviet space programmers could read about it the next day in the New York Times. Soviet failures, on the other hand, became automatic state secrets, or, on occasion, were imaginatively re-described, as when Luna-1 swiftly bypassed its destination (the moon) and began to orbit the sun in what Khrushchev defiantly hailed ‘one of the greatest achievements of the cosmic era’.

The innate comedy of authoritarian secrecy gives rise to some of Beyond’s several moments of touching farce. Gagarin, himself appointed ‘first man’ only weeks before the launch date and sworn to silence on the point, has to explain to his mother that he will be going away for a while on a ‘work trip’. (‘Far away?’ she asks. ‘Very.’) Later, with Yuri in mid-flight, Khrushchev orders his minister of defense to award Gagarin an immediate military promotion, one befitting someone of his undeniably elevated position. ‘Isn’t that your son flying in space right now?’ a local peasant asks Gagarin’s father as the news of now-Major Yuri Gagarin’s odyssey is broadcast live throughout Russia: ‘No, that’s not my son. Mine’s a first lieutenant.’

Walker is primarily a film-maker, and Beyond started life as notes for an eventually abandoned 2012 documentary. In addition to its reliably cinematic qualities — the inbuilt inflection points of climax and disaster, and the spectacle of space with its vistas of ecstasy and terror — Walker develops a colorful sense of the political theater of space exploration, detecting in and around Gagarin’s story the elements of a well-balanced drama.

It is a drama of perfect foils. Kennedy and Khrushchev; the decadent West pitted against the Stakhanovite East; patriotic Gagarin against the US’s cool-headed individualist Alan Shepard; a contest subsumed by its political symbolism — ‘whoever won it would prove to the world that history was on their side’ — but driven, for those involved, by a logic of primordial self-assertion: ‘I want to be first because I want to be first’ was Shepard’s helpful explanation to the press corps. While the American astronauts raced their Corvettes along Cocoa Beach, water-skiing past the topless waitresses and beachside steakhouses of Florida, the Soviet cosmonauts-in-training slept in camp beds on a disused volleyball court with an outside toilet, while the construction teams digging the flame-pit under their launchpads met with fatal accidents and outbreaks of dysentery.

Divided by an ocean and a way of life, the astronauts turn out to be fundamentally alike: Herculean figures facing Herculean labors. (Gagarin, we are continually reminded, was a preternatural quantity — perfect body, perfect temperament, perfect smile, perfect blood pressure.) They were healthy men with sick doctors: technicians who subjected them to various scientific tortures such as the centrifugal ‘Vomit Comet’, or forced them to blow up children’s party balloons until they passed out. The American astronauts could also expect to encounter an instrument called the ‘steel eel’, and look forward to having as many as ‘six enemas a day’. ‘I didn’t know,’ said John Glenn, ‘that the human body had so many openings to explore.’

Everybody loves an underdog, and the Soviets had put so many dogs under that it is impossible to read Beyond and avoid feeling that, ultimately, they deserved to win. After all, when you go where no man has gone before, you are supposed to go there boldly. Their American rivals were lazy, complacent, and overcautious: Nasa in the early 1960s was chronically underfunded and rather over-stuffed with prevaricating ex-Nazi war criminals. The Soviet mission was more of a haphazard, danger-loving, swashbuckling affair. Seeing Gagarin off on the launch-pad, his superiors handed him a revolver and a hunting knife and explained what he should do if he landed on water and was attacked by sharks. ‘The hugging and kissing went on so long it threatened to delay the launch. Some were saying their farewells and even crying’ — not the show of confidence Gagarin might have hoped for. A retrospective analysis put Gagarin’s odds of success at less than half. However, when competition plays out on such a cosmic scale — and this is something Shepard, for one, understood all too bitterly — success tends to provide its own justification. 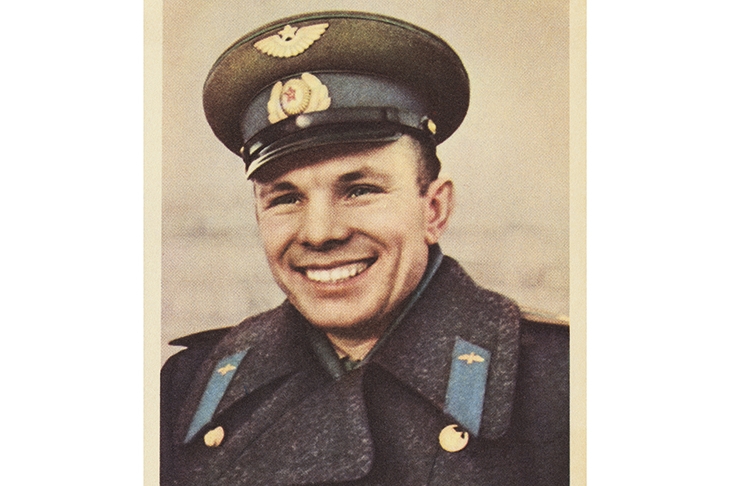