The Hero by Lee Child reviewed 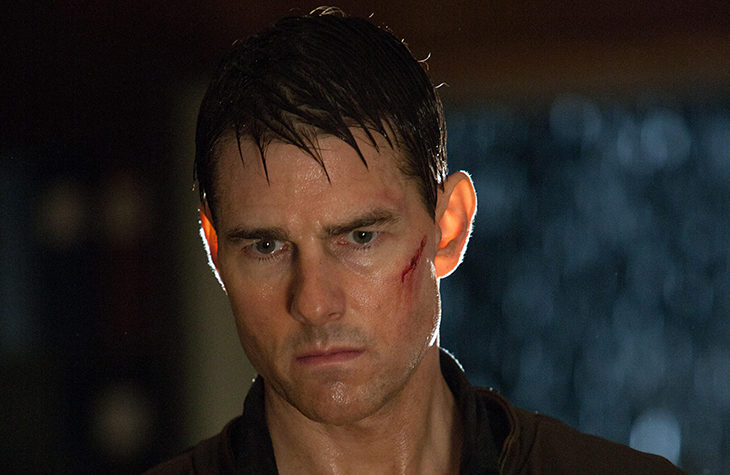 What’s a hero? There are probably at least two answers to that. One is that heroism is a moral quality: to do with courage above all but, in its wider connotations, to do with altruism or protectiveness and self-sacrifice. The answer that probably precedes that one, though, is a more technical, narratological one: the hero is the star of a story. In storytelling terms it’s a matter of narrative focus, and the reader’s implied identification with one character above the others — or, perhaps, admiration rather than identification. Heroes are bigger, braver, more purposeful, more...

What’s a hero? There are probably at least two answers to that. One is that heroism is a moral quality: to do with courage above all but, in its wider connotations, to do with altruism or protectiveness and self-sacrifice. The answer that probably precedes that one, though, is a more technical, narratological one: the hero is the star of a story. In storytelling terms it’s a matter of narrative focus, and the reader’s implied identification with one character above the others — or, perhaps, admiration rather than identification. Heroes are bigger, braver, more purposeful, more important than the ordinary run of humanity.

It happens that on the whole the aforementioned moral qualities have come to be attached to heroes. That’s encouraging, anthropologically speaking. But as Lee Child points out, the holotype of the literary hero came to be Odysseus: ‘One who suffers, one who endures, one who survives a long and complicated journey through dangers and perils, and thereafter emerges with his honor and identity intact.’ In fact, he writes: ‘Odysseus was motivated solely by personal pride, hubris and arrogance, but the 19th century preferred to imagine an element of altruism in his struggles.’

These days, though, ‘hero’ is a bit of a blunt instrument as a literary-critical term. Is Achilles a hero? Is Robinson Crusoe? Is Marlow? Is Ahab? Is Emma? Is Raskolnikov? Graduate essays could be — and probably have been — written on whether Meursault is the hero of L’Etranger. Pupils in fifth grade might be encouraged to talk about heroes, but the sort of people who read or write for the Times Literary Supplement will tend to prefer ‘protagonist’ — and you might identify it as a defining quality of what gets called literary fiction these days that it’s reluctant to have heroes in it.

So it’s in that sense a bit of a provocation that the TLS launches its new publishing arm with a short book called The Hero by probably the best-selling thriller writer on the planet, and someone whose books about the itinerant ex-military cop Jack Reacher very definitely contain a hero. Well, good. ‘Hero’ may be a broad-brush term, but it gets at something fundamental right back at the beginning of the way storytelling works. And Lee Child knows from storytelling.

Reacher, that said, is an odd sort of hero. Most mythographic theories have the hero going through a transformational struggle and returning to the community afterwards possessed of new powers and wisdom. Reacher’s main characteristic is rejection of community and a complete resistance to transformation. He’s an unmoved mover: self-contained, immune to self-doubt, and with all the powers and wisdom he needs in his top pocket along with his folding toothbrush. Child quotes a capsule description of his books as ‘a detective series in which the detective commits more homicides than he solves’.

But this isn’t really a book about narratology or the structure of myth, which is a slight disappointment. I’d have liked to read in more detail how Child sees the different types of hero, what commonalities the hero has across various stories, how the shape of ancient myth and oral tradition has been recast in modern genres. You know: all that Vladimir Propp/Joseph Campbell hoo-hah, filtered through the experience of a master-practitioner. But this is a looser, slighter book than that — more of a follow-your-nose ramble through a series of thoughts about human evolution, the birth of storytelling and the etymology and changing meaning of the term. Still, as the author says early on: ‘I’m not entering evidence into the academic record.’

Child starts 5,000 years ago, with your basic Mesopotamian smackheads getting high on the juice of the opium poppy. ‘I would love to know who tried it first,’ he writes. Which Ug or Og was nutty enough to ‘notice the pretty red flower, to scratch its immature seed pod, to watch the sticky latex ooze out, and then to think, hey, you know what — maybe I should collect this stuff and dry it, and then suck it or chew it or smoke it?’

‘Our species seems to be restless and curious to a degree that seems almost unhinged,’ says Child. He speculates that it was this restlessness and curiosity that gave us an evolutionary edge over our more sensible and timid Neanderthal cousins — at population level, at least; along the way we’ll have taken heavy casualties from our experiments in navigation across water, sabertooth juggling and smoking random plants. ‘The consensus — in what I suppose we would call psychological archaeology — seems to be that Homo neanderthalensis was painfully rational, and Homo sapiens was batshit crazy.’ Child seems to be hinting that we walk, as a species, a bit of a line between heroic and foolhardy.

But then he’s heading off down a chemical side-alley — towards morphine (discovered by Friedrich Sertürner in the early 19th century) and, of course, heroin, synthesized by Felix Hoffmann at the end of the 1890s. It’s odd, as Child says, that a drug that first zonks out and then enslaves its users should be given a name whose associations are with strength and freedom. ‘Why that word?’

On he muses, taking a random detour into the etymologies of ‘addict’, ‘rival’ and ‘dilapidated’, and recalling his disappointing discovery that the giant American ‘hero sandwiches’ he found in Greek diners in New York are a transliteration of ‘gyro’, which is a doner kebab, and nothing to do with heroism at all. Where was he? Ah, yes: heroin. Fifty pages later he speculates that Hoffmann must have intended the drug’s name to imply that either the product or its inventor ‘had been on a long and complicated journey through dangers and perils: either version would have been absurd, given the accidental nature of the discovery. But vanity knows no bounds’. (Wikipedia, incidentally, thinks the drug was named by Bayer’s marketing department, but hey ho.)

Threaded through this is Child’s speculation about the history of narrative. He asks us to picture a line of 400,000 women — a representative of each generation one behind the other, mother and daughter, right back for seven million years. It would look a bit like a queue for a Lee Child book signing, I fancy, but slightly furrier. About 10,000 women ago, we developed language — which ‘turned us from weak, middle-of-the-pack prey into the most powerful animal on earth’. At least to start with we had no call for non-fiction: if Thag said there was a predator in that forest, being able to trust Thag’s word conferred a survival advantage. But at some point — 2,000 women back? 5,000? — we started telling stories:

‘A girl left the cave and met a saber-toothed tiger, but she had her axe with her and she killed the tiger with a single blow! She came home triumphant! That’s the birth of the thriller right there, 4,900 women ago.’

Child takes as read that storytelling must have offered an adaptive advantage. These stories had heroes — ‘the boy who, the girl who, the man who, the woman who’ — and will have been ‘encouraging, empowering, emboldening stories, that somehow made it more likely the listener would still be alive in the morning’. The love of story, he suggests, may have been the special factor that helped a few of us get through the last ice age and emerge to conquer the planet. And main characters — ‘idealized exemplars of desired behaviors’ — were what those stories were built around. Child dips back into etymology: the Greek word heros, he says, means ‘protector’ or ‘defender’, ‘from the same Proto-Indo-European root as the Latin verb servare, which means “to safeguard”’.

Things got hinky when we started to settle and farm. Far from being the road to security and prosperity, developing agriculture actually made humans ‘smaller, weaker and sicker’. It happened, he argues, because a power-hungry elite tricked and/or coerced our forebears into giving up a happy life of mutual co-operation — ‘finding truffles, catching deer, having time for stories’ — to become subsistence farmers so this elite could tax the produce, kick back and smoke weed. ‘The whole proposition must have been a hard sell,’ he says. ‘Story must have played a part in that hard sell.’ So the hero bifurcates. We now have ‘official heroes’ — about which Child has little more to say, at least with regard to fiction — and ‘folk heroes’. Enter Robin Hood. Enter, for that matter, Jack Reacher. Child draws parallels with Theseus and James Bond: ‘The form was durable.’

Nowadays, though, Child grumbles, the term is applied to footballers, organ donors and anyone who’s ever served in uniform, be they a reluctant conscript or a rear-echelon filing clerk. The term is ‘smug [and] wheedling’ where it is not ‘trivial and coercive’:

‘For these reasons and more I avoid the word, and distrust the concept. I have no heroes and I recognize none. “The main character in a popular fiction book” is good enough for me, especially if that character lights up the circuits that evolution has wired inside me.’

by Sam Leith Sam Leith is UK literary editor of The Spectator and the author of Write To The Point: How To Be Clear, Correct and Persuasive on the Page. 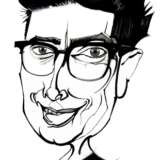 Sam Leith is UK literary editor of The Spectator and the author of Write To The Point: How To Be Clear, Correct and Persuasive on the Page.