The return of Cormac McCarthy

Arguably America’s greatest living novelist is back with two novels 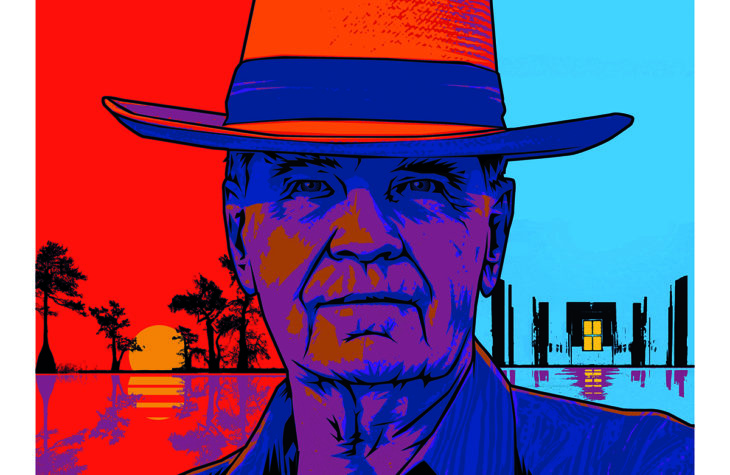 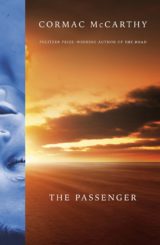 After sixteen years of silence, Cormac McCarthy has literally written a novel and a half. That’s the good news. Perhaps less-good news is that about half the longer novel depicts conversations between a mad person and an imaginary deformed imp called The Thalidomide Kid, while all of the half-novel is a dialogue between the same mad person and her psychiatrist.

The unequivocal bad news is that quite a lot of both is about quantum physics, by way of ruminations on the Manhattan Project and a JFK conspiracy theory: an unholy trinity of literary red flags.

After sixteen years of silence, Cormac McCarthy has literally written a novel and a half. That’s the good news. Perhaps less-good news is that about half the longer novel depicts conversations between a mad person and an imaginary deformed imp called The Thalidomide Kid, while all of the half-novel is a dialogue between the same mad person and her psychiatrist.

The unequivocal bad news is that quite a lot of both is about quantum physics, by way of ruminations on the Manhattan Project and a JFK conspiracy theory: an unholy trinity of literary red flags.

I do not mean to dissuade anyone from reading a rare new work by one of America’s finest living writers. Parts of The Passenger and its “coda,” Stella Maris, are very funny. Parts are even brilliant. When they are good, both books touch heights that only the Pulitzer Prize-winning author of The Road and Blood Meridian can reach.

Yet, by design, neither is an easy or satisfying read. Often during McCarthy’s gilded career he has seemed set on filling his readers with existential bewilderment in the face of the ineffable Almighty. Fair enough. But here he goes about his business with almost sadistic intent. The challenge seems to be: Keep up if you can. Lol! You can’t. So consider this a trigger warning for bemusement. Even true McCarthy-heads should approach these works with caution.

On the most literal reading, The Passenger and Stella Maris are about the entwined lives of a pair of incestuous siblings named Bobby and Alicia Western. The Passenger focuses on Bobby, a race-car driver turned salvage diver, who roams around Louisiana and Tennessee (mostly), talking to drunks, cranks and drunken cranks about mathematics and the nuclear bomb, while being sort-of chased by shady government agents.

Intercut with Bobby’s perambulations are Alicia’s imaginary chats with the Thalidomide Kid and other specters of her deranged but (naturally!) brilliant mind. In Stella Maris, Alicia takes center stage, filling in backstory as she trades zingers with her doctor in the lunatic asylum from which the book takes its name.

Stella Maris means “star of the sea”; from medieval times it has been a title for the Virgin Mary. Here it’s a clue, if a somewhat clunky one. The relationship between the two books, and between the two siblings, is analogous to the concept of quantum entanglement: God and physics, faith and reason are all connected, but it’ll blow your mind if you try to understand how. Or, to quote Alicia: “You can spend a lot of time categorizing realities. Their correspondences. But we probably don’t want to start down that road.”

So let us return to Bobby. He is what we might call a man of parts. In his youth he was a math genius and mandolin player. Later he raced Formula Two cars, until a crash dealt him career-ending injuries. He once found a crock of gold, and owns a vintage Maserati, in which he zooms about when he needs to find a particular drunken crank to talk to. He was in love with his sister, and she with him, but she went mad and killed herself. So now — in the 1970s — he is a deep-sea salvage diver, a laconic wit who swills beer in the dive-bars of New Orleans, a cat-lover and a friend of the transgender community.

According to Bobby’s friend “Long John” Sheddan, a loquacious, cigar-chomping petty criminal apparently based on a friend of McCarthy, Western is also “a molester of domestic yardfowl. Principally of the dominecker persuasion. A chickenfucker, not to put too fine a point on it.” This is, I am fairly certain, a joke.

We first meet Bobby in action with a small team of divers, investigating the wreck of an aircraft that has mysteriously gone down at sea. And here McCarthy is in fine form, exquisitely capturing the technical detail of the dive and the submerged cockpit, and the horror of the drowned passengers, “the people sitting in their seats, their hair floating. Their mouths open, their eyes devoid of speculation.”

Here too, McCarthy sets up a promising mystery, which suggests he is going to take us on a caper in the spirit of No Country for Old Men, the 2005 novel which was adapted by the Coen brothers into an Oscar-winning film. There were supposed to have been eight passengers on the plane. But one is missing. Bobby wants to find out why, though he knows he probably shouldn’t ask. As a result, he finds himself pursued by a pair of government goons who accuse him of having tampered with the wreck.

So far, so good. By and by Bobby’s meddling results in his home being burgled, his diving buddies dying, and his bank accounts being frozen. The goons even impound his Maserati. None of this is much fun. But it gets worse. He meets a dodgy Mafia lawyer, who tells him he has fallen foul not of any particular investigator, but of a system in which the act of investigation itself is sufficient to restrict him, destroy him, or at best fundamentally alter him. It’s a real pisser. And it’s also — guess what — a quantum physics metaphor. To put it another way, this is no longer a Coen brothers movie. It is a Christopher Nolan one.

Here’s the thing about quantum physics and Christopher Nolan movies. They’re cool and we are better as a species for having them. But they’re liable to make your brain explode. And so it goes with The Passenger. The story doesn’t proceed; it unravels. It becomes apparent quite early on that McCarthy has no interest in developing a real plot. Quite the opposite: this is an exercise in confounding your understanding of how stuff works. It exposes the norms of storytelling as being as comforting but illusory as the norms of Newtonian physics.

In place of something fun, therefore, we have extended excursions into Alicia Western’s lunatic hallucinations of the Thalidomide Kid, intercut with picaresque set pieces in which Bobby visits wisecracking rednecks or endures physical suffering in the Great American Outdoors. There are also downright tiresome lectures on the history of physics and – courtesy of the Mafia lawyer – the “real” history of the Kennedy assassination. At times these passages resemble the film-school lectures plonked into dialogue in Quentin Tarantino’s recent novel Once Upon a Time in Hollywood. Which is a shame.

Set against all this, however, are McCarthy’s superpowers: his perfect ear for the southern American voice, his exceptional ability to reveal character through speech, his masterful writing about nature. And his humor. The Passenger is easily his funniest novel since Suttree (1979). As in Suttree — a novel which features a character based on McCarthy’s friend Sheddan — a good deal of that humor is earthy and ribald: the ironic wit of hard-bitten men not yet beaten by time and drink.

In one of the book’s most vividly drawn scenes Bobby goes to see a grizzled old boozehound called Borman, holed up shooting rats inside his trailer in the middle of a Louisiana swamp:

[Bobby] stood leaning against the fender of the truck taking in the scene. A rope hammock slung between a pair of trees with shreds of the hammock hanging underneath where someone had fallen through it. A coiled plastic hose. A galvanized washtub. There was an alligator hide nailed to a tree with the feet sticking out.

Bobby goes inside the foul trailer with a bottle of whisky. When he offers to fetch glasses from the kitchen, Borman says, “It aint a pretty sight. Sink’s so full of dishes you’ve got to go outside to take a leak.”

Of course, besides Suttree, McCarthy aficionados may detect another echo here: of a scene late in No Country For Old Men, when Sheriff Ed Tom Bell visits an ancient friend in a squalid, beat-up trailer with a filthy kitchen. And this is not the only call-back to previous works. Bobby flirts with a waitress and offers her a coin toss to double her tip — a move borrowed from No Country villain Anton Chigurh. He wanders on a deserted beach feeling like the last man in the universe and the scene reeks of The Road and its atmosphere. And so on.

Is McCarthy simply doing what most old writers and a good many young ones do, and repeating himself? Are these deliberate references to his other books? Is it, like, quantum physics? How would we even know?

Finally, what of Stella Maris? The Passenger is very likely to leave readers with questions, but they are not necessarily those answered in its coda. If The Passenger is a movie, Stella Maris is a play for two hands, set in the same cinematic universe. Ideas and plot points bounce back and forth between the two books, but it doesn’t make either make more sense. Stella Maris also, alas, contains the following line, as Alicia discusses her unfulfilled desire to have sex with her brother: “I used to dream about our first time together. I do yet. I wanted to be revered. I wanted to be entered like a cathedral.” Her shrink replies: “Maybe we should talk about something else.” Amen, brother. 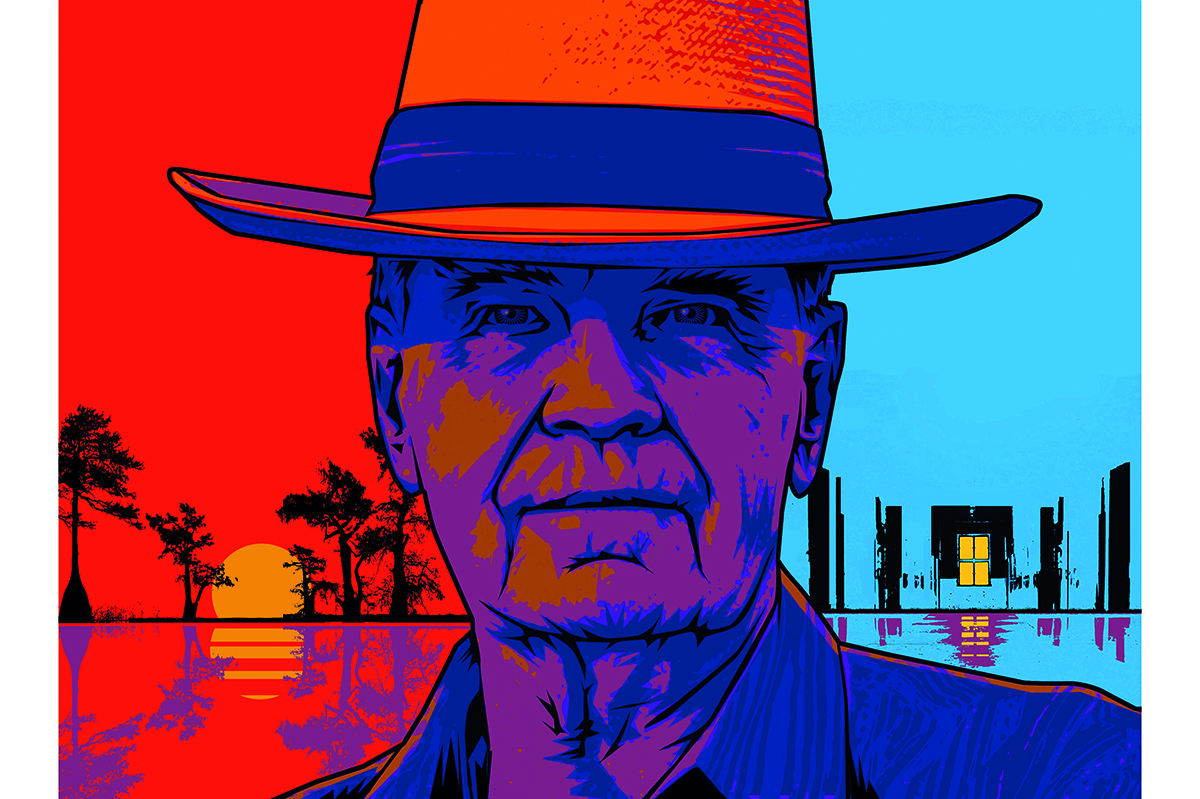 The return of Cormac McCarthy