The story of architecture in 100 buildings

The Story of Architecture by Witold Rybczynski reviewed 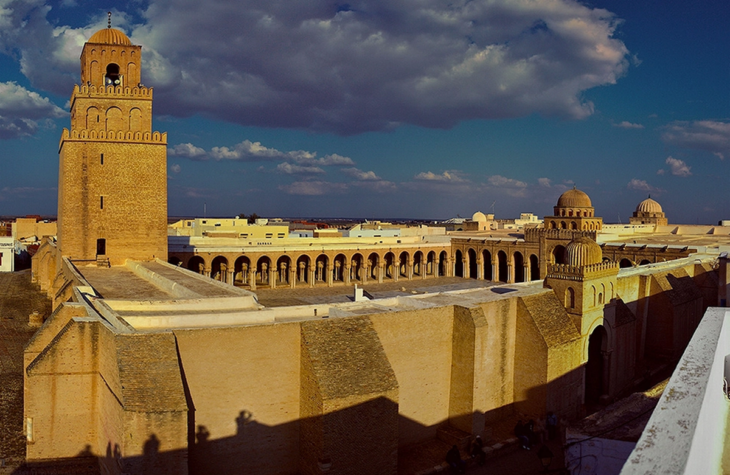 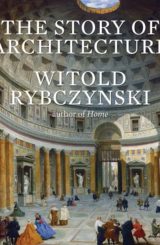 The Story of Architecture

One recent estimate claims there are 4.732 billion buildings on Earth, but it’s difficult to establish a credible methodology to count them. Is Manhattan’s Rockefeller Center, created out of swaggering pride and ambition, in the same category as a shanty hut in an Algerian bidonville? Unless you live in a desert, buildings are unavoidable, making architecture not just a necessity for survival but the art form most pregnant with meaning.

When I was a boy I wanted to be an architect. Not because I was interested in drain schedules, load paths, wrangling with local authorities or...

One recent estimate claims there are 4.732 billion buildings on Earth, but it’s difficult to establish a credible methodology to count them. Is Manhattan’s Rockefeller Center, created out of swaggering pride and ambition, in the same category as a shanty hut in an Algerian bidonville? Unless you live in a desert, buildings are unavoidable, making architecture not just a necessity for survival but the art form most pregnant with meaning.

When I was a boy I wanted to be an architect. Not because I was interested in drain schedules, load paths, wrangling with local authorities or designing kitchen extensions but because architecture seemed the most powerful expression of style. We know and judge cultures by their monuments, not their facility for credit default swaps. And the apex of any culture is expressed in history’s best buildings: New York in the mid-20th century, Victorian Britain, Medici Florence, and so on.

In my school days, the way to get a handle on all of this was an awful brick of a book by Banister Fletcher called A History of Architecture on the Comparative Method. Ugly drawings were printed on nasty coated paper that smelt. Fletcher was a deterrent to all but the messianically committed. Today’s student-amateur of buildings is more fortunate to have Witold Rybczynski’s The Story of Architecture. It is a calm, gentlemanly and intelligent book. But the title makes a self-conscious nod to E.H. Gombrich’s superb The Story of Art, which has been through sixteen editions since 1950. Is the implied ambition justified?

Rybczynski was born in Edinburgh but moved to Canada, where he taught at McGill. He is presently emeritus professor of architecture at the University of Pennsylvania. Since 1986, when his Home became a surprise bestseller, he has been something of a celebrity in the United States, despite the New York Times’s reviewer finding that this hymn to domesticity had “little analytic penetration of its principal notions.”

Rybczynski had earlier published on the social impact of technology, but Home argued for the primacy of comfort in domestic architecture. Comfort is to architecture what justice is to law, he said. He demonized Le Corbusier, the darling of hard-edge modernism, and sanctified the cozy. For this, the New York Times mentioned “moral sloth and bad taste.” Unarguably, Rybczynski was making his case as a revisionist of an architectural history which had, until about 1986, been written mostly by modernists. This, then, is the context of the major follow-up that is The Story of Architecture.

Here he looks not at 4.732 billion buildings, but at 100, beginning with Brittany’s Cairn of Barnenez of 4,800 BC and more or less ending with Frank Gehry’s egregiously look-at-me Guggenheim at Bilbao of 1997, with Palladio, Kyoto and Corbusier in between. This approach is completely at odds with what he ruefully wrote in Looking Around (1992): “The story of architecture could now be described not as the study of all important buildings but as the study of the work of a relatively small number of architects” — but this is exactly what he has done. Sportingly, he admits that of his sample he has visited only half.

Nevertheless, this is a book with deep pilings of knowledge supporting a façade of avuncular charm. It has so much humane warmth that even modestly chilly rebukes seem out of place. But two factoids bothered me as perhaps indicative of hidden structural faults. In his quite lengthy discussion of the Prussian neo-classical architect Karl Friedrich Schinkel, Rybczysnki seems unaware that his stripped-back classicism was influenced as much by the factories and warehouses of Manchester as it was by antiquity. And Norman Foster’s career breakthrough came with the glass-walled Wills Faber building in Ipswich, completed four years before his less sensational Norwich Sainsbury Centre of 1974, which Rybczynski bigs up mightily.

Nothing reveals our collective state of mind more than architecture. Today we find ourselves with a mixed bag of phallomorphic city Mars Bars, lifed for twenty-five years, quaint pastiche in the suburbs and weird featurism wherever anybody can afford it. How revealing of American psychology is the fact that the new US embassy in London is surrounded by a medieval moat.

Gombrich had his weaknesses. In The Story of Art there were no women and no outsiders, and he stuck really quite closely to the canon. Rybczynski has not aimed for any sort of completeness in The Story of Architecture, which is a genial conversation, not an academic or encyclopedic survey. I think what he wants to do is pacify the style wars with a book that is neither dogmatic nor doctrinaire but that affectionately explains why great architecture moves and impresses us, no matter what the style.

It is a nice primer. The photographs are well-chosen and pleasingly evocative. But it says nothing new, so an opportunity has been missed. Surely its time to find fresh typologies, so that we can get a holistic view of those four billion-plus buildings. In a lecture to the Liverpool Philosophical Society in 1811, Thomas Rickman defined the types of church architecture, just as his contemporary Luke Howard defined the types of cloud, with a system still valid today. Simon Jenkins once joked that “Buggers’ Regency” should become a style label. Colin Rowe advanced “Ranchburger” as a description of a particular sort of American house (later lifted by Tom Wolfe). For my part, I have often thought “Clapham Common” a good descriptor of a certain attitude to building design. There are several stories of architecture yet to be written.

By the end of the book, I was still not clear about Rybczynski’s argument. Is successful architecture about longevity, structure, design, taste or style? Are buildings famous because they are great or great because they are famous? He concludes with an admiring memo about Rice University’s 2020 Brockman Hall for Opera in Houston. Here the architect, Allan Greenberg, orchestrates elaborate brick-laying, using herringbone, pinwheel and basketweave bonds, as well as porticos and pointed and curved window pediments. To my eye it looks a historicist mess. But I confess I haven’t actually seen it, so maybe I should withhold judgment until I can be certain of the impression it makes. Meanwhile, nor has Rybczynski seen the Great Mosque of Kairouan. 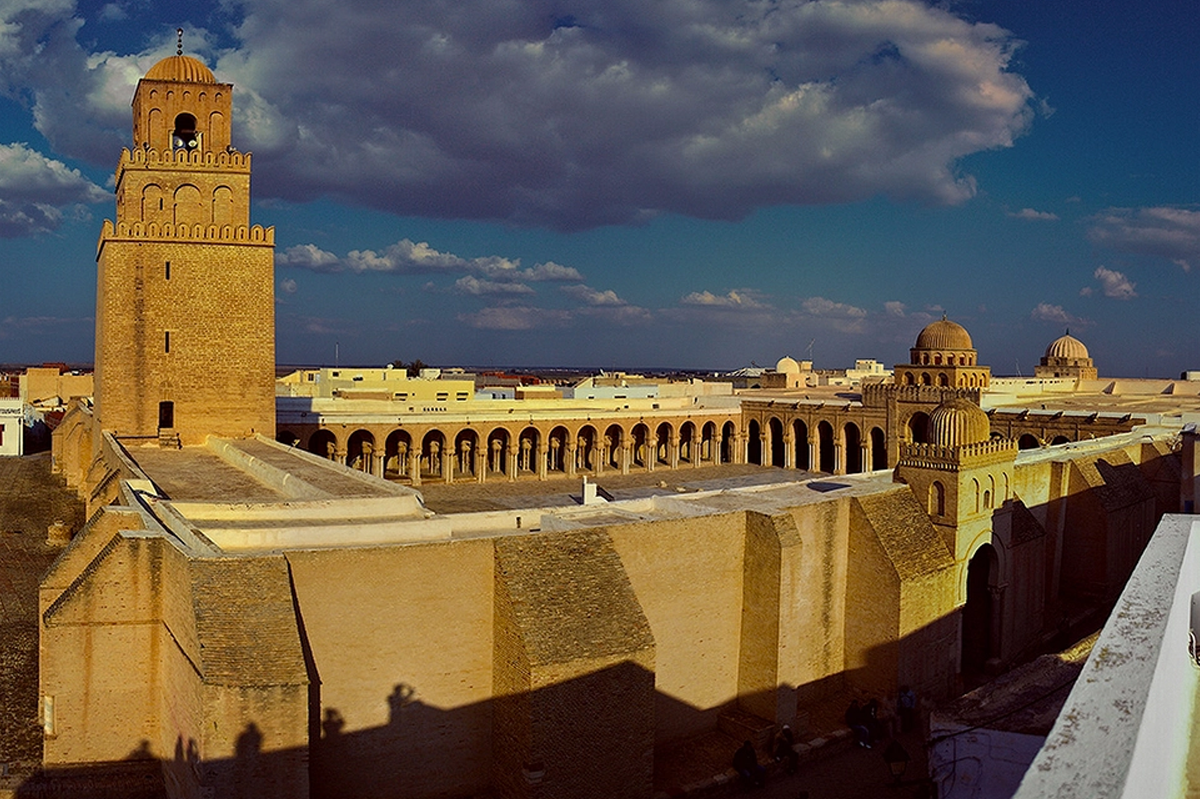 The story of architecture in 100 buildings