Why has late night swapped laughs for lusting after Mueller?

Going after Trump is the least subversive act in comedy 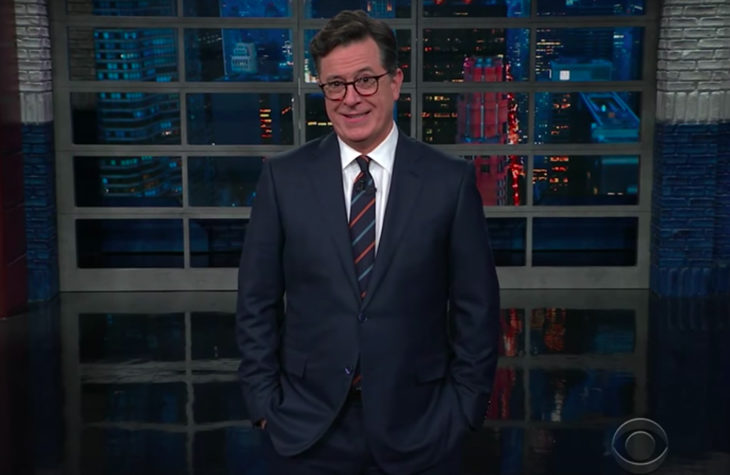 Why has late night swapped laughs for lusting after Mueller?

For those desperately awaiting the Trump presidency’s spectacular collapse, Robert Mueller has acquired an almost mythic status – forever looming in the background with astonishing ‘bombshells’ that could drop at any moment. Mueller himself never speaks, except through terse court filings, which lends his aura a mystical quality. His newfound fans have been known to light votive candles in his honor, wear apparel sporting his heroic visage, and spend day after day speculating on the internet about the time, date, and profundity of his next miraculous intervention.

Hopes for Mueller as a savior-figure are perhaps expressed...

For those desperately awaiting the Trump presidency’s spectacular collapse, Robert Mueller has acquired an almost mythic status – forever looming in the background with astonishing ‘bombshells’ that could drop at any moment. Mueller himself never speaks, except through terse court filings, which lends his aura a mystical quality. His newfound fans have been known to light votive candles in his honor, wear apparel sporting his heroic visage, and spend day after day speculating on the internet about the time, date, and profundity of his next miraculous intervention.

I was not joking about the proliferation of worshipful objects featuring Robert Mueller's saintly visage https://t.co/EzmLbfOELH pic.twitter.com/QjTa95qXo1

Hopes for Mueller as a savior-figure are perhaps expressed most fervently in the realm of TV comedy, where the unifying theme is universal contempt of Trump. Hating the president is one thing: that’s natural, and perhaps even healthy. But the hate exhibited by contemporary late night comedians is so predictable and banal that it feels like a dreary commercial monoculture, with nothing interesting or surprising ever said. Firing off zesty jokes about Trump’s personal vulgarities is, today, the farthest thing from subversive humor, and generally evokes not laughter but a keen awareness that the joke-tellers are all operating from the same wearisome premise. So in search of a comic foil, the TV hosts have latched eagerly onto Mueller, the former FBI director and George W. Bush appointee.

The pinnacle of Trump-era comedic banality, Saturday Night Live, set a new standard for worshipful absurdity last week when they offered up a Mueller holiday tribute song, ‘All I Want For Christmas Is You,’ professing their anxious desire for him to issue a Final Report that lands Trump in the Big House. ‘I just want to sleep at night. Please make sure your case is tight,’ the assembled comediennes sang, while a portrait of Mueller wearing a Santa hat levitated overhead. The cutesy carol made reference to Trump-Russia bit-players such as Roger Stone and Alex Van Der Zwaan – the latter a man so obscure that you have to be a real obsessive to have the slightest idea who he is. It says much that SNL writers apparently assume their viewers are as fanatically invested in every minute twist-and-turn of this saga as they evidently are.

SNL’s tribute came almost a year to the day after the Late Show with Stephen Colbert debuted its own suspiciously similar segment, entitled ‘Robert Mueller’s 12 Days of Christmas’, in which a holiday choir also expressed holiday-themed anxieties related to the Special Counsel’s prosecutorial progress. ‘On the first day of Christmas, Bob Mueller gave to me, a Michael Flynn guilty plea,’ sang the choir, while the live audience compliantly roared. Whether the audience at home roared similarly seems doubtful. At this point, Colbert’s paeans to Mueller are as regular a feature of his program as interviews with boring celebrities. In another chortling segment, ‘‘Tis The Season For Treason: A Very Mueller Christmas,’ Stephen himself sings a short lyric commemorating the arrest of Paul Manafort, and expresses optimism about the yuletide cheer his imprisonment could inspire.

The sheer volume of late night material centered on extolling Robert Mueller raises questions about whether every network comedy writer lives in the same over-priced Manhattan apartment complex and brainstorms together in the laundry room. Jimmy Fallon of the Tonight Show once heralded Mueller by reprising the classic Bruce Springsteen Christmas hit, ‘Robert Mueller’s Comin’ to Town.’ James Corden, a lesser chat show host unfortunately imported from the UK, once sang a song in which he fantasized about himself transforming into Mueller and announcing to a grateful nation that their ‘prayers are answered,’ with Trump having been indicted for ‘treason and treachery.’

Aside from the strange fact that all contemporary late night hosts apparently see themselves as impressive amateur singers, there is a depressing strain of lame commonality that runs through their collective shtick. None of these routines reflect original thinking, comedic imagination, insightful satire, or even the kind of crotchety cynicism once embodied (imperfectly) by David Letterman. They are simply taking the conventional news narratives blasted everyday across cable news and Twitter, and putting a trite quasi-humorous spin on it. Which would be nothing new: it’s not like Jay Leno was some fight-the-power comedic renegade. But no one ever thought Leno was leading the charge against the establishment, and certainly no one ever looked to him as a political role model. This current crop of late nighters, in contrast, tend to style themselves as rabble-rousing truth-tellers standing up to the big mean government, while parroting an anti-Trump line that has its genesis in the literal establishment, namely the FBI. They feign subversiveness as a marketing strategy, because there’s nothing legitimately subversive about anything they ever do. In fact, they lend credence to the silly idea that backing Trump is actually the real subversive act, as Americans rightly observe that almost all major mainstream cultural institutions are implacably arrayed against him.

Sometimes this pro-Mueller yearning can take on genuinely creepy overtones. Just last week, hostess Samantha Bee, in yet another segment that concluded with a Christmas wish for the entire Trump family to be incarcerated, admitted that she feels ‘turned on’ by Mueller. The bit was promoted by Bee’s social media producers with the YouTube description, ‘Mueller’s been dropping sentencing memos like he’s frickin’ Beyoncé!’ Part of the journalistic calling is to have empathy for people with differing life experiences, but I struggle deeply to relate to anyone who sincerely enjoys this crap.

If the late night ‘comedy’ of the Trump era has something resembling a ‘message,’ it’s that large segments of the nation’s liberal TV viewership are nervously tracking every Russia development with a passion that cannot be conducive to mental health – or for that matter, political efficacy. One feature of the Mueller saga is the enormous amount of energy that has been expended on venerating and defending him; energies which, at least theoretically, could have been directed toward doing something useful. The trend seems to reflect the total political enervation of this class of people – elite liberal culture-producers and consumers – who are still whipsawing between two-bit schemes to topple Trump, while in the process glossing over (or ignoring, or ridiculing) the structural forces which gave rise to Trump in the first place. Their expressions of comedic angst actually render them more and more politically impotent. Democrats’ success in the midterms may have given the false assurance that a critical mass of the country actually respects this drivel.

To understand how late night comedy got so uniquely tedious, it’s instructive to consider Colbert in particular. He first emerged as a protegée of Jon Stewart, whose Daily Show received such adulation in the early-and-mid 2000s because Stewart appeared to be doing something different and, yes, subversive – castigating the media for its illogical deference to power, a sorely needed antidote in the years of George W. Bush. (Whether this schtick was truly subversive is another question, but it did at least seem that way for a time.) The popular TV comedians of today, conversely, are the polar opposite of subversive. Nothing about their daily pillorying of Trump challenges conventional wisdom, because unrestrained personal animus for Trump is the defining characteristic of conventional wisdom. When Bush was waging the Iraq War, he did so bolstered by a media consensus that cast him and his cause in an honorable light, and depicted his critics as screeching anti-war freaks. Even before he was inaugurated, Trump has been heaped with a level of scorn so ferocious that it would have made Dick Cheney blush.

As his popularity dwindled, Bush surely got made fun of in the wider press, and there’s no denying that contempt for him in popular comedic media was relatively robust. But Stewart still had a knack for identifying frivolous media narratives, and mocking the absurd pretensions which undergirded them. Now the Daily Show sensibility is the entertainment media’s chief pretension, having seeped into the rest of the TV atmosphere. You can now watch what seems like several dozen multi-millionaire comedians doing the same cheeky news-rundown every day, in a style that clearly harkens to Stewart but lacks any of the dynamism that made what he did appear fresh.

Colbert’s show, if you can sit through it, often comes across as the closest thing on network TV to an outright Democratic Party advocacy program. Everyone knew Stewart was a liberal, and that liberals likely comprised the entirety of his writing staff, but his liberalism was not the defining feature of the show. The defining feature was media critique; the deconstructing of stuffy journalistic pathologies that made the 2000s political landscape so ridiculous and maddening. Stewart’s approach was far from 100 percent noble, and it often came packaged with certain hoary pretensions of its own. But at least it was something new, and seemingly, necessary. Now the latter-day Colbert style – shorn of everything that once made it unique – has become the status quo, and not only is it unnecessary (and unfunny), it’s a stale emblem of everything wrong with the wider cultural reaction to Trump.