How did the infamous Josef Mengele escape punishment? 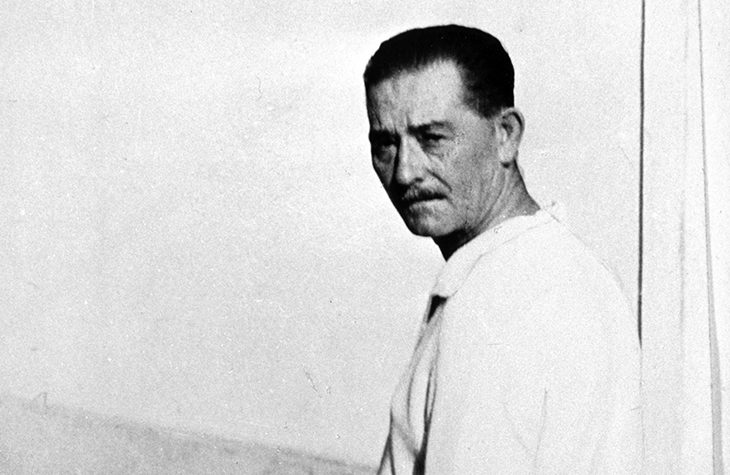 How did the infamous Josef Mengele escape punishment?

The atrocities of the concentration camp at Auschwitz-Birkenau are now universally known, but it is still almost beyond belief that Auschwitz could exist in modern Europe. The history of the camp is a comparatively recent one: construction began in April 1940, less than 80 years ago, and the first victims died there, or were killed, not long after. Some of the people who were transported to the camp managed somehow to survive the war and a few of them are still alive today. Perhaps we shy away from knowing too much about what they suffered...

The atrocities of the concentration camp at Auschwitz-Birkenau are now universally known, but it is still almost beyond belief that Auschwitz could exist in modern Europe. The history of the camp is a comparatively recent one: construction began in April 1940, less than 80 years ago, and the first victims died there, or were killed, not long after. Some of the people who were transported to the camp managed somehow to survive the war and a few of them are still alive today. Perhaps we shy away from knowing too much about what they suffered because the totality of awfulness is beyond description and the world is still contemplating that.

There is one particular matter of which we have all heard, but on which we choose to look away for fear of what we shall be told, and that is the exact nature of the career of Josef Mengele, and how he escaped.

Mengele was camp doctor in Auschwitz. Although sometimes described as the camp doctor, as if he were acting alone or in charge, he was not. There were about 15 medics of different pseudo-scientific ‘specializations’ in the camp, some of them women. Mengele was not even the longest-serving. But he was by far the worst, and all the victims who passed through the camp between July 1943 and January 1945 knew him. Everyone who survived the inhuman selection process at the railhead on arrival remembered his immaculate appearance in his SS uniform. If they were still alive after that, they recognized and feared him as the Angel of Death, always in his spotless white coat, intent on his mission to inflict the most sadistic and horrific experiments on the hapless inmates.

In pursuit of his racist beliefs in eugenics and the perfectibility of the Aryan race, he was especially interested in what he saw as anomalies: identical twins, those with giantism or dwarfism, people with heterochromia iridis (differently colored eyes) and, in the case of Roma people, those who suffered from a form of bacterial gangrene called noma. They became living subjects of radical surgical and medical intervention. He measured and incised and injected and cut away samples. He never used anesthetics. All suffered excruciating pain and almost all went to agonizing deaths.

Mengele became synonymous with Auschwitz, regarded as such even by inmates who never actually saw him. Everyone held in the camp knew him by repute. But towards the end of World War Two, as Auschwitz was about to be overrun by the Red Army, he quietly exchanged his SS uniform for that of the German Army and disappeared into the chaos of a Germany divided into various zones of Allied military control.

He stayed out of sight for about four years, then moved to South America, whither other former Nazis had already fled. For many years he lived in Argentina, Paraguay and Brazil, often making no attempt to disguise his name. Mossad’s interest in kidnapping ex-Nazis culminated in the snatching of Adolf Eichmann in 1960, after which they turned their attention to more pressing Israeli concerns: Palestinians and neighboring countries. Mengele kept his head down, and his whereabouts were unknown after the end of the 1970s.

In February 1985 the historian David G. Marwell was working at the US Department of Justice when he was assigned to join an international search for Mengele, then believed still to be alive. Marwell already had access to Mengele’s correspondence and diaries and, remarkably, the text of what appeared to be an autobiographical novel. A note attached to it, addressed to Mengele’s son, expressed the pious hope that in time it would be possible to understand what he had done, and that there would be ‘more liberal treatment of difficult themes’. Marwell deciphered the text (much of it attempting to disguise real names and events), and it provides the basis for his book, Mengele: Unmasking the ‘Angel of Death’. It must be the most thorough-going account of Mengele’s life available to date, a calm and professional read, but one that inevitably makes you want to look away.

Born in 1911, Mengele was a Nazi of conviction. He earned a degree not only in medicine but also in anthropology. Within the meaning of the word in the context of Nazism, he became an academic. His research into eugenics was at that time largely theoretical. As a member of the SS he was sent to the Russian front, where by several accounts he acted bravely. He volunteered for Auschwitz in 1943.

After the camp fell, like many Nazis he found it relatively simple to elude those searching for him. In the immediate postwar years the stories the Auschwitz survivors told had barely been listened to. That changed soon enough, but by the time Marwell’s search team was assembled Mengele had been dead for six years: he suffered a stroke while swimming. He was buried under a false name, but the grave was discovered. It would have been appropriate if his body had been cremated, but it was not: his remains were there to be exhumed. Some of the tests used to identify him, such as measuring the size of the skull, were uncannily like his own past efforts. He was clearly beyond irony by that point, and his death was certain.

The future time of liberal understanding Mengele hoped for has not arrived. The wait is going to be a long one. His sadistic experiments, and his lack of repentance for them, are beyond forgiveness.