The concern that #WitchTok is a hotbed for misinformation runs deep 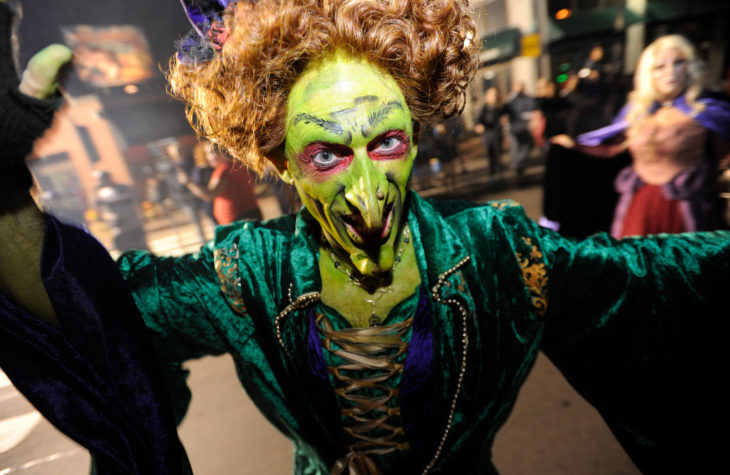 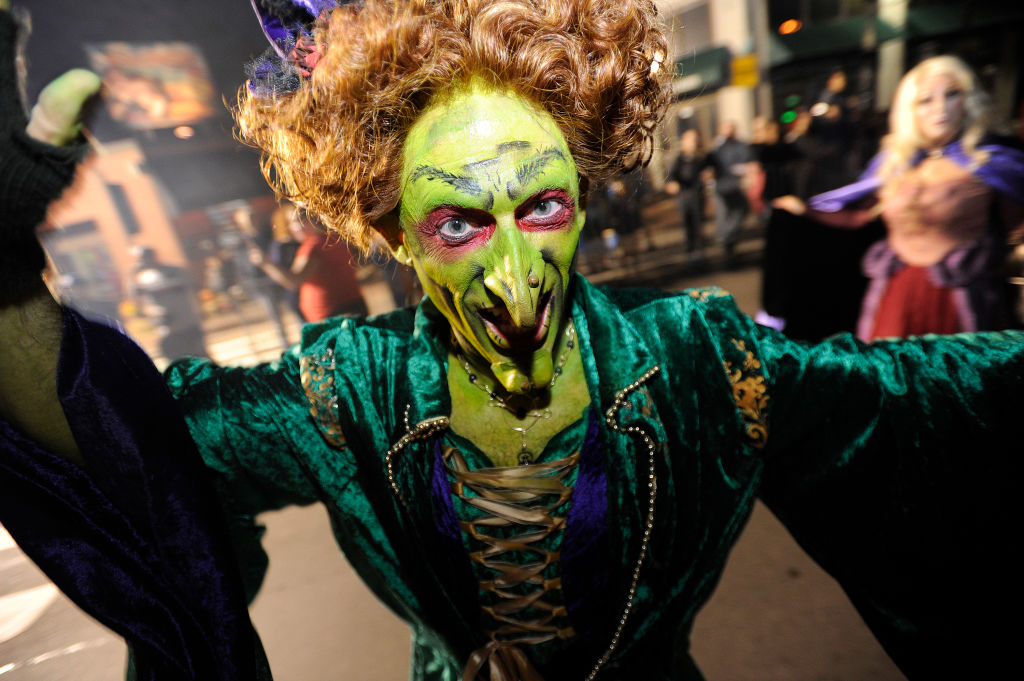 Everyone’s ringing the alarm bell: is witchcraft the new religion for Gen Z? If #WitchTok, the named used to describe witchy content on TikTok, is any indication — no.

#WitchTok is a digital fortune-teller; it’s a place to find aesthetic inspiration; it’s sometimes a stand-in for political engagement. For some, it’s even a hobby. But it’s not a replacement for religious faith.

Everyone’s ringing the alarm bell: is witchcraft the new religion for Gen Z? If #WitchTok, the named used to describe witchy content on TikTok, is any indication — no.

#WitchTok is a digital fortune-teller; it’s a place to find aesthetic inspiration; it’s sometimes a stand-in for political engagement. For some, it’s even a hobby. But it’s not a replacement for religious faith.

On TikTok, witchy content falls under three broad categories. There is predictive content like tarot card readings, manifestation instruction and “good luck” videos, and there’s #WitchTok. The first two categories of video almost exclusively cater to people who are looking for something — usually good news. There is no religious quality to these videos; they’re the digital equivalent of throwing a penny in a fountain or buying a good luck charm. As my friend Meme Analysis points out, “They require nothing spiritual of you.” 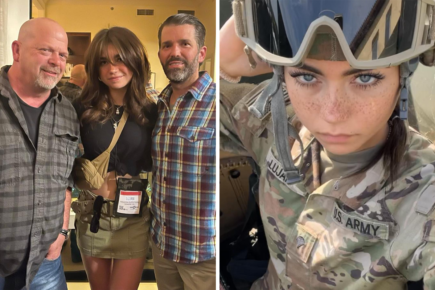 What is #WitchTok? According to Ashley Probst and Loki Laddusaw, two #WitchTok creators, it’s a place to get inspiration and find educational content about witchcraft. But, as Ashley and Loki both explained, it’s not necessarily a stand-in for an in-person coven, or bookwork, because the short form nature of TikTok makes it incredibly difficult to include nuance. Both creators echoed the sentiment that #WitchTok makes it easier than ever for “baby witches,” a term used to describe witchcraft novices, to blindly consume potentially harmful content. They both expressed concerns about people not doing their homework because it’s so much easier to just watch a bunch of TikToks and take people at their word. This is another data point that witchcraft is not quite a religion, and also not quite a hobby, either — people are taking information as it comes and as it’s convenient to them, as opposed to subscribing to any metaphysical traditions.

This concern that #WitchTok is a hotbed for misinformation runs deep.

There are easily more videos warning baby witches about practicing magic than there are videos instructing them on how to do it. This becomes especially true of “baneful magic,” which includes hexes and curses. For every video that encourages a viewer to hex a Republican politician, there are at least five more cautioning people against them. It’s not just misinformation about spiritual matters that’s at stake, though.

In a YouTube video, witch Lou Valencort offers her own criticism of #WitchTok, “There’s too much [information] … There’s not a lot of context for what people are talking about. We can’t go into depth.”

She then rattles off a laundry list of problems: fire hazards, poisoning hazards, and metaphysical info hazards. Another prominent example of this emerged when Roe v. Wade was overturned.  TikTok witches weren’t only talking about hexing Supreme Court justices. There were also how-to’s on herbal abortifacients — potentially dangerous medical advice, regardless of what moral objections you do or don’t have concerning abortion. This advice also spread through Instagram like wildfire.

Scaremongers will cast #WitchTok as evidence of “demonic” influence on the younger generations. Perhaps they should crack a history book: the phenomenon is nothing new. Since the turn of the nineteenth century (and arguably, even earlier), esotericism has enjoyed renaissances every couple of decades. The Romantics had a special interest in occultism. The turn of the twentieth century brought us the Theosophical Society, Spiritualism and Thelema. In the Thirties and Forties, Gerald Gardner invented Wicca, a New Religious Movement premised on an ahistorical, perhaps even completely fabricated, pre-Christian “Old Religion.”

By the Sixties and Seventies, witchcraft met mass media, with an explosion of new witchcraft traditions and covens, many of them also unmoored from historical record, despite claims to the contrary — and plenty of new magazines and mass-market paperbacks to go with them. This period represented something of a turning point for modern witchcraft. No longer was esotericism the domain of shadowy, invite-only secret societiesm — it was closer to something like sci-fi or comic books. Not for everyone, but easily accessible to anyone who was interested.

The scene continued to grow through the Nineties, when considerably more witchcraft-centric media was produced. Movies like The Craft and Sabrina the Teenage Witch; books by authors like D.J. Conway and Silver Ravenwolf; the witchy, bad girl aesthetic exemplified by women like Shirley Manson and Courtney Love. Online magical communities emerged with the creation of the internet — almost immediately. Some of the earliest digital communities for witches included the now-infamous alt.magick newsgroup on Usenet, once home to writers like John Michael Greer and The Witch’s Voice, which was something like a Yellow Pages-meets-alt weekly for practicing occultists.

Witchcraft was still the domain of geeks and hobbyists by this point. For some, they were real alternative religions, for others, just another outlet for their feelings of marginalization, not much unlike being a goth, or joining a Dungeons and Dragons group. There was drama — there’s always drama — as some practitioners, particularly ones drawn to nature-based movements like Wicca, were derisively referred to as “fluffy bunnies,” owing to their distaste for black or baneful magic.

Even though mass media made it considerably easier to join a witchy subculture, the barrier to entry was still high enough to keep the tourists out. You still needed to buy and read the literature and figure out where to go to connect with other practitioners. It was easier than it might have been in 1979, but it was still a pain. This created a “subcultural containment zone” that persisted through the mass adoption of the internet. Facebook hosted a few groups and pages, there were Google Groups and personal homepages, and there was some sparse YouTube content, like The Pagan Perspective. But there was no overabundance of witches.

It wasn’t until the 2010s, with the introduction of Tumblr, that the idea of the “Urban Outfitters witch” (or the Walmart Wiccan or whatever you want to call it) was born. The witch for whom witchcraft is even less than a hobby: it’s a tourist destination. Tumblr, which hosted the largest online witchcraft community (known as “witchblr”), may be ground zero for this. Gone were all the guardrails — like needing to crack open a book, to start — and suddenly, witchy content was at the click of a finger, and often paired with beautiful images of jars and cottages.

Witches entered the hipper parts of the media world and indie lit, too: Rookie, the Toast, Autostraddle and the Hairpin, then-popular websites among the coastal set, all regularly evoked witchy imagery. Soon after, witches would hit Instagram, under #WitchesofInstagram, to showcase crystals or homemade personal products, often for sale on an Etsy page. In an article for the Establishment, Mikaela Clements makes an interesting observation about this period of occult faddishness: on Tumblr in particular, many witches were “quick to point out they’re not associated with Wicca or any religion at all.” She quotes a viral Tumblr post that offered a “handy list of what you don’t have to be in order to be a witch,” that later goes on to claim that “witchcraft is a secular practice.”

This change — witchcraft as a New Religious Movement to a secular practice — continues to mark new expressions of the trends, especially as it grows in popularity.

With witchcraft, as with all practices, people can cherry-pick whatever looks interesting or is personally expedient, as opposed to joining a community where there are proper guardrails in place — spiritually or otherwise.