Philadelphia reinstates its mask mandate despite the threat being so low 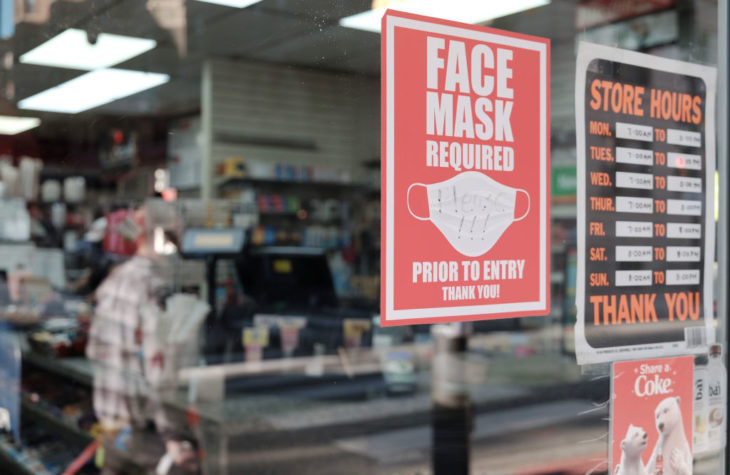 A sign on a door asks people to wear masks in downtown Philadelphia, Pennsylvania. (Photo by Spencer Platt/Getty Images) 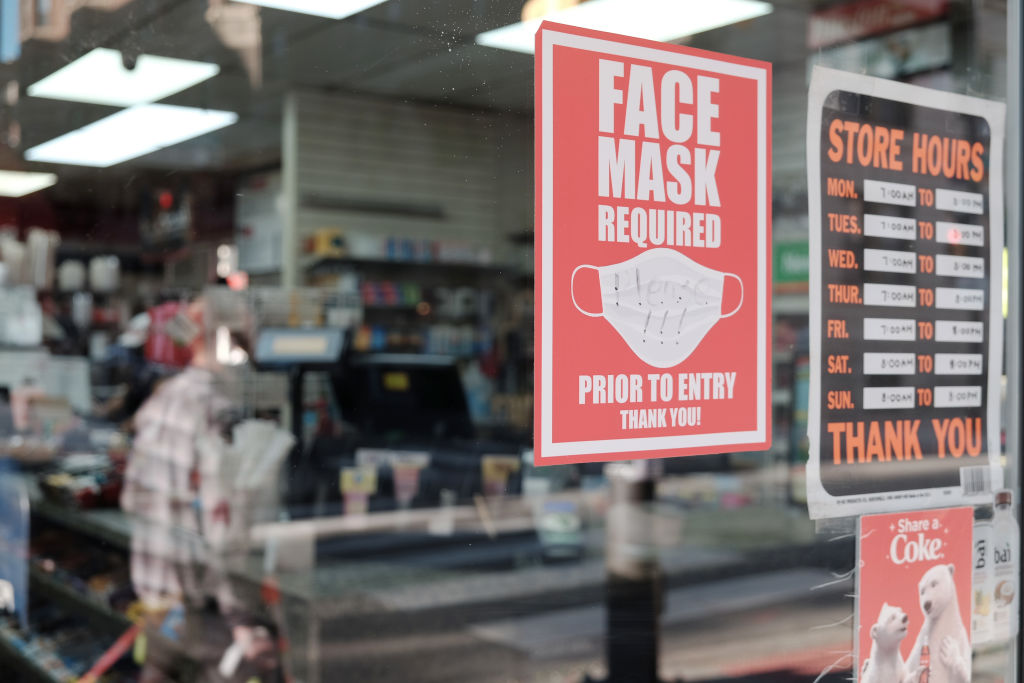 The city of Philadelphia appears to be following China, if only in small steps, toward the delusional goal of Zero Covid.

A new indoor-mask order, announced last week by Cheryl Bettigole, Philadelphia’s health commissioner, takes effect today, April 18. It’s the first resumption of such a mandate by any large city in the United States. President Xi Jinping, the well-meaning Dr. Bettigole most definitely is not. Yet is Philly, like China, again being seduced by the notion that the virus can be made to go puff?

In Shanghai, a brutal push for Zero Covid is imprisoning millions...

The city of Philadelphia appears to be following China, if only in small steps, toward the delusional goal of Zero Covid.

A new indoor-mask order, announced last week by Cheryl Bettigole, Philadelphia’s health commissioner, takes effect today, April 18. It’s the first resumption of such a mandate by any large city in the United States. President Xi Jinping, the well-meaning Dr. Bettigole most definitely is not. Yet is Philly, like China, again being seduced by the notion that the virus can be made to go puff?

In Shanghai, a brutal push for Zero Covid is imprisoning millions in their homes and tearing infected children from their parents for quarantine. In Philly, by comparison, there will be not a push but a tap, a mostly irksome inconvenience, to say nothing of the amusement provided by too-serious masqueraders. Even so, also under way is disruption to commerce and, if the mandate drags on, more of the quiet but spirit-deadening harm that misguided mitigation has imposed on school kids over these past two years.

By this stage of the pandemic, public health authorities should be putting all efforts into protecting the most vulnerable, leaving others to assess and manage their risks as they wish. One forecast for the here and now: “Virtually everybody is going to wind up getting exposed and likely getting infected.” The view of a nutjob? Actually, Anthony Fauci.

Let’s guess how this latest edict in Philly will play out.

Restaurants will again feature Covid theater. During the previous round of masking, a restaurant association hired consultants to train front-line staff in “de-escalation techniques” intended to becalm would-be patrons queried about their fitness to be on the premises. Possibly this time arriving diners will be allowed to breathe freely as they step through the door, possibly only after the ribeye or heavy-on-the-onions cheesesteak reaches their table. Either way, they’ll eventually be puffing and guffawing and spitting aerosols in all directions. That’s fine. They’ll be playing their roles in the production the city is directing.

Sports franchises also will go along to get along, even if they must puzzle over whether the guys hawking hot dogs are to do the mask-policing. The Philadelphia 76ers have just entered the NBA playoffs versus the Toronto Raptors. So while the 76ers’ Matisse Thybulle, a tough defender but not fully vaxxed, can’t play on the road since ever-Covid-frightened Canada bars him entry, fair should be fair. During the games in Philly, somebody should insist on mask-smothering the Raptors while allowing the home team to respire without obstruction. Just an idea, okay?

Schools? Let’s stop jesting. Draconian policies like closing classrooms and requiring masks have already done great harm to the young and will be fodder for researchers for years to come. As of next week, kids in Philly’s public schools were supposed to be liberated to show their faces, to smile and laugh, to shuck off the imputation they are vectors of disease who themselves might fall deadly ill if they let masks hang low from one ear. Then came the mandate. Now no one can say how much longer kids will be put upon to assuage the fears of their elders.

The Covid-hospitalized count in Philly as of the mandate order was forty-six, down a smidgeon from a recent running average of fifty. A little perspective: that’s forty-six in a city of 1.6 million where hospitals serve the surrounding region as well. Also, the count included anyone with a confirmed infection, whether or not infection-caused disease was the reason for admission.

The stated rationale for the re-imposed mandate was the daily rate of new cases, up to 142 from eighty-four ten days earlier. More perspective: 142 amounts to about 4 percent of the daily rate early this year. But might an incipient surge yet overwhelm hospitals? Only last week, a policy group at Children’s Hospital of Philadelphia tweeted advice against mandatory masking in view of currently “good” hospital capacity.

Nobody has a clue as to how many people are getting infected but remain asymptomatic or, whether or not they feel ill, how many see no reason to report infection turned up by home-testing. Many must be taking take some comfort in knowing they have just received a dose of acquired immunity.

The mandate arrives with a whiff of earnest wokeness. Dr. Bettigole: “We’ve all seen here in Philadelphia how much our history of redlining, history of disparities, has impacted, particularly our black and brown communities in the city. And so it does make sense to be more careful in Philadelphia than, you know, perhaps in an affluent suburb.”

According to a statewide Covid data tracker, the Covid “community level,” as determined by hospital use, was “low” and “green” through the week ending April 6 for every county abutting the city — that is, the burbs. For the city itself? “Low” and “green.” The few counties stuck at “medium” and “yellow” were all upstate, where deer are numerous but people of any complexion few.

Philly does give businesses an out. They can go mask-free if everyone onsite and coming through the door is fully vaxxed. Yet there’s a threat as well: the city is asking everyone to report violators by calling 311. That line has no connection to Beijing.