Why the Biden stock market is even worse than you think

Remember when his cheerleaders said he would be good for the economy? 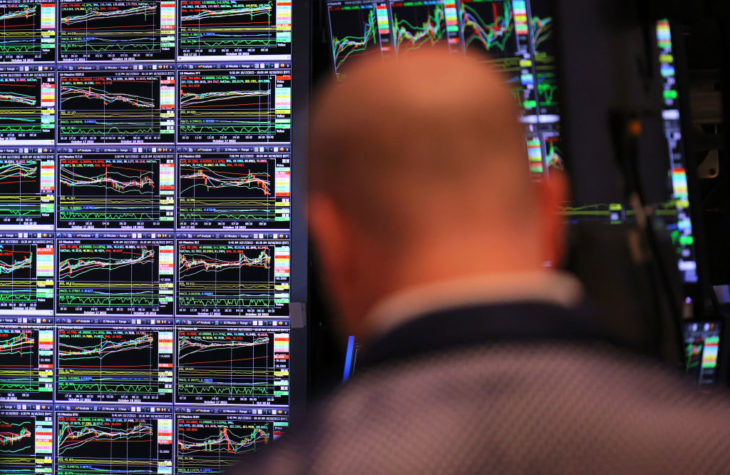 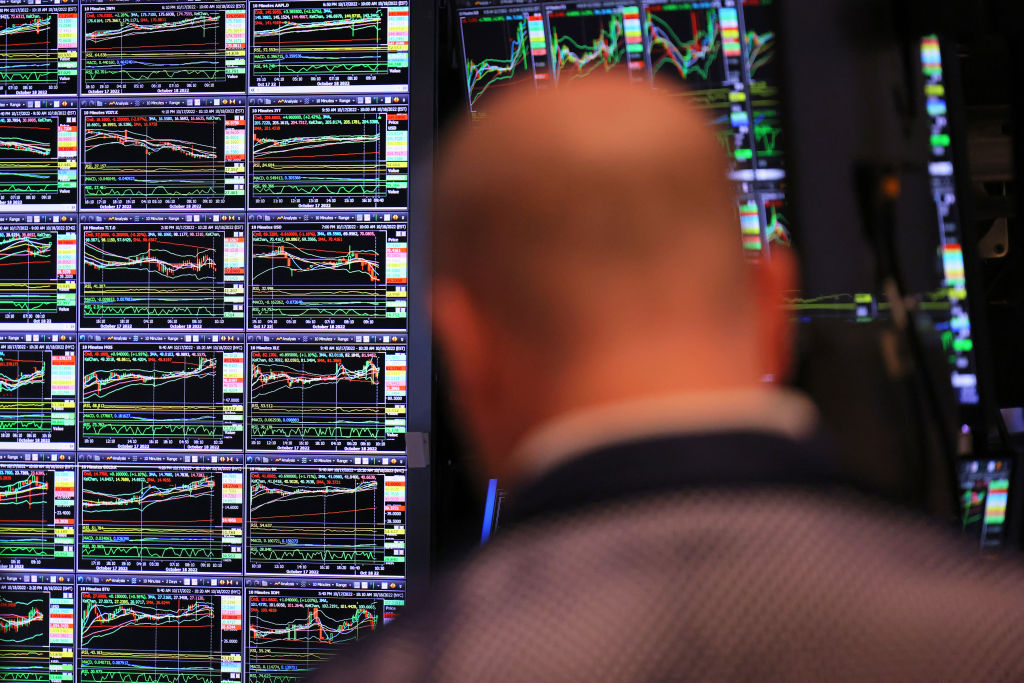 Why the Biden stock market is even worse than you think

If you’re the sort who rarely checks your 401K and other investment accounts, you may be blissfully unaware of what a dismal year (plus) its been for the stock market.

Many prominent media personalities, particularly ones on CNBC, promised us that Biden would be a boon to the stock market because Trump was too erratic. But while the market started hot in 2021, it's mostly been ice cold ever since, with a few fake rallies thrown in to tease us. How bad has the Biden era been for stocks? Consider some numbers I crunched prior to...

If you’re the sort who rarely checks your 401K and other investment accounts, you may be blissfully unaware of what a dismal year (plus) its been for the stock market.

Many prominent media personalities, particularly ones on CNBC, promised us that Biden would be a boon to the stock market because Trump was too erratic. But while the market started hot in 2021, it’s mostly been ice cold ever since, with a few fake rallies thrown in to tease us. How bad has the Biden era been for stocks? Consider some numbers I crunched prior to the market opening on December 12. (Note that I looked at the S&P 500 and the tech/innovation-heavy Nasdaq as a barometer of market health, rather than the Dow, because the former indices encompass a broad range of stocks, whereas the Dow is often misleading because it’s just thirty companies.)

In the Trump era, investors enjoyed about a one-point gain per day on the S&P, while they’ve seen about a tenth of that during the Biden administration, with nearly all those gains clustered in the first half of 2021. The Nasdaq, which is full of tech and innovation stocks like Google (Alphabet), Microsoft, Apple, Amazon, Tesla and many other household names, has been even more of a train wreck for investors. While the Nasdaq index gained more than five points a day on average during the Trump years, it’s lost more than three points per day on average during the Biden years. Remember when Mark Cuban said the stock market would “crash” if Trump was elected? He and others were just a bit off on that score.

As ugly as the numbers are, the reality is much worse for many individual investors, particularly those like me who have aggressive growth portfolios and those who hold individual equities rather than exchange-traded funds (ETFs) or mutual funds. Unless you have a mutual fund or ETF that closely replicates the performance of the S&P or QQQ, which replicates the Nasdaq, chances are your returns are even worse than the indices. (The S&P is down 16 percent as I write this for the year, and the Nasdaq is down 28 percent.)

Here’s the year-to-date performance of some widely held equities as of 12/13:

Amazon: down 45 percent
Google: down 34 percent
Nvidia: down 38 percent
Zillow: down 40 percent
Tesla: down 54 percent
Disney: down 39 percent
Nike: down 33% percent
Microsoft: down 24 percent
Meta/Facebook: down 64 percent
Home Depot: down 20 percent
Bank of America: down 26 percent
Salesforce: down 47 percent
Starbucks: down 13 percent
Netflix: down 46 percent
Roku: down 77 percent
Citigroup: down 23 percent
Advanced Micro Devices (AMD): down 50 percent
Target: down 35 percent

It’s been a brutal year for most stocks, and the indices don’t fully tell the story. That’s especially true if your portfolio is light on energy stocks like Exxon Mobil (up 75 percent this year) and Chevron (up 48 percent), as well as high-quality divided stocks and other relative outperformers, like Caterpillar, T-Mobile, Visa, and Walmart. Most experts identify inflation as the primary culprit behind the market’s dismal showing, particularly in growth stocks, because the value of those equities is linked to future earnings, which are devalued in inflationary times. The growthiest stocks, all for currently unprofitable but potentially promising companies, have been obliterated.

The financial news cheerleaders in the media sold the public on the idea that Biden would be great for stocks, particularly widely held ones, like tech stocks. Consider, for example, Jim Cramer, the host of CNBC’s Mad Money, who is probably the most popular stock picker show on television. He said during election week that the Biden administration would be “nirvana” for growth stocks. Oops.

Before the election, Cramer pimped hard for Biden on his show, claiming that at least two thirds of the stocks he managed as part of his charitable trust would do better under a Biden administration. He claimed that Democrats would better manage our relations with China, benefitting Apple and other tech companies. Then he claimed Disney, Nike, Starbucks, Boeing, Microsoft and others would “roar” during a Biden administration. You can see the “roaring” performance of those stocks above. Cramer said the only stocks that might benefit from another Trump term were the “un-investable coal, gas and oil industries.”

Cramer repeated the word “uninvestable” to drive home his point. But these stocks have killed it during the Biden years. As stated above, oil stocks have hummed and so have many big coal stocks, like Alliance Resource Partners (up 70 percent this year), CONSOL Energy (up 209 percent), and Peabody Energy (up 177 percent). Cramer’s bottom line, repeated by many others in the woke media, was that Biden would be good for stocks, and the ones that might benefit from Trump are ones you don’t want anyway.

The Fed keeps raising interest rates to tame inflation, and every whisper of higher rates sends the market tumbling. But is Biden to blame for any of this? The answer is in part yes. First off, yes, market performance depends on a variety of factors, and the occupant of the Oval Office has little control over some of them. But don’t believe the administration’s reckless spending and belated response to the inflation crisis haven’t impacted the economy and the stock market.

There’s no such thing as a free lunch, but Biden and the Democrats, in concert with some willing Republican accomplices, pretended like we could print money, send stimulus checks to millions of people (including plenty who didn’t need them), and expand unemployment programs with no consequences. Consider this nugget from a recent piece on the inflation blame game in the Wall Street Journal by Judy Shelton:

According to a recent study prepared for the Fed’s Board of Governors by its own economists, the buildup of household income through government transfers during the pandemic subsequently fueled spending. “We estimate that U.S. households accumulated about $2.3 trillion in savings in 2020 and through the summer of 2021,” the study notes, citing “historic levels of government transfers” that included stimulus payments ($844 billion), unemployment insurance ($836 billion), and other transfer receipts ($548 billion).

Without Joe Manchin to save them from themselves, the Democrats’ reckless spending would have been even more irresponsible. There’s also the fact that Biden (and the Fed) woke up to inflation too late, repeatedly minimizing the issue by claiming it was “transitory” and had “already peaked.” Inflation may have cooled to 7.1 percent in November, but I think the number is misleading and doubt the problem is anywhere near behind us.

Biden backers will say the market was overvalued and thus due for a correction, but that’s only part of the story, and it obscures an important truth: not everyone was in on the action in the go-go Trump years. During the pandemic, a huge new class of inexperienced investors emerged who had never owned stocks before. Many did great in the beginning when everything with a ticker symbol went up. But the bottom has fallen out big time, and it’ll take years or decades for many new investors to recover from their losses. This group, along with parents who have kids about to enter college and those hoping to retire soon, have been hardest hit by the market swoon.

Analysts think we’ll likely get a short-lived Christmas rally as investors sell losing stocks to harvest investment loss write-offs before year’s end. But many think 2023 will be a down year as well, and some think the next decade could be a bust.

Anyone who’s fiscally responsible should understand how important the success of the stock market is, not just to the rich, but to a broad swath of the country. They should also be able to see just how bad it’s gotten under Biden. I’m not a financial advisor, but at least until 2024, I’d advise caution on the investing front. It’s possible we’re nearing a market bottom — but I bet we’re not there yet.

by Dave Seminara Dave Seminara is a writer and former diplomat. He is the author of Footsteps of Federer: A Fan's Pilgrimage Across 7 Swiss Cantons in 10 Acts and Mad Travelers: A Tale of Wanderlust, Greed & the Quest to Reach the Ends of the Earth.

Dave Seminara is a writer and former diplomat. He is the author of Footsteps of Federer: A Fan's Pilgrimage Across 7 Swiss Cantons in 10 Acts and Mad Travelers: A Tale of Wanderlust, Greed & the Quest to Reach the Ends of the Earth.