Why do half of us want a dystopian society, no strong-arm necessary? 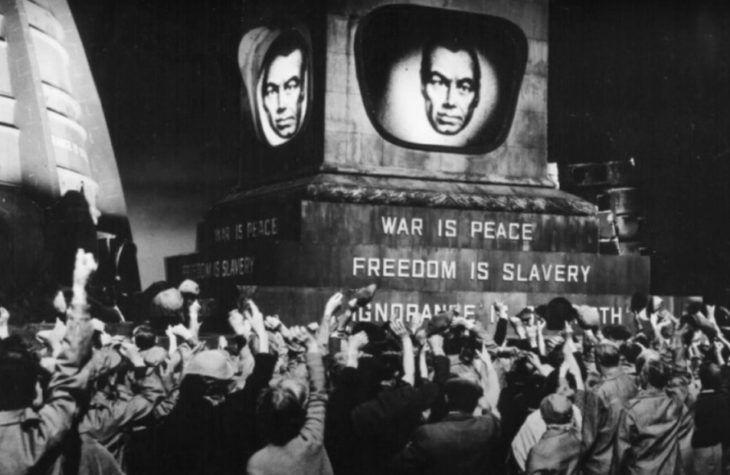 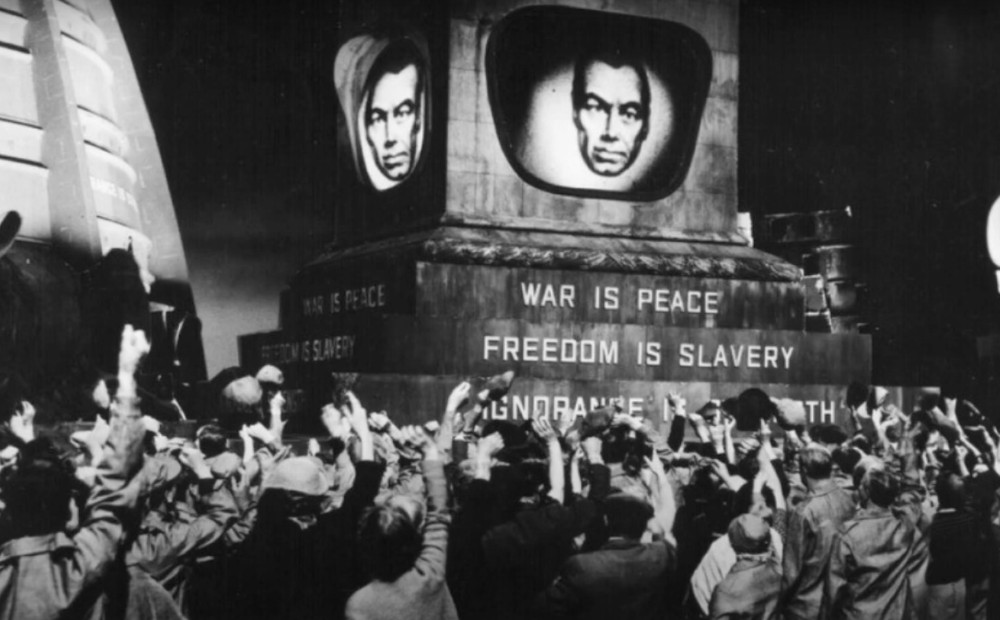 Under today's gathering dark clouds, a reread of Nineteen Eighty-Four shows how the otherwise prescient George Orwell was wrong to think people were going to have to be tortured into submission. Half of America (still psychologically locked down, vexed and vaxed) wouldn't have it any other way.

The world of Nineteen Eighty-Four is grim in a way 2022 would understand. The people of Orwell's future want to be controlled. They have come to prefer it. Freedom from choice makes them feel safe. People accept being monitored, and their media being censored. They think of it all...

Under today’s gathering dark clouds, a reread of Nineteen Eighty-Four shows how the otherwise prescient George Orwell was wrong to think people were going to have to be tortured into submission. Half of America (still psychologically locked down, vexed and vaxed) wouldn’t have it any other way.

The world of Nineteen Eighty-Four is grim in a way 2022 would understand. The people of Orwell’s future want to be controlled. They have come to prefer it. Freedom from choice makes them feel safe. People accept being monitored, and their media being censored. They think of it all with a sense of the inevitable — the only way to stay safe if they think of it at all. The all-seeing telescreens in their homes and the snitches and spies embedded in their lives are for the better, really. Language itself is changed not just to stifle dissent but to make it impossible.

In Nineteen Eighty-Four, the government controls and modifies all media, sending events from the past that are no longer politically correct down the memory hole. Today, we have the legacy media to do that for us. We can no longer read a newspaper or watch a documentary with any expectation that any part of it is true. Americans relish fake news. To take only one example, the truth is that there was no collusion between Russia and the Trump campaign. It was all made up, doublethink embellished with lurid “details” like the pee tape so absurd they wouldn’t make it into a B-movie script. Michael Cohen never went to Prague. The FBI had to lie to obtain FISA permission to spy on Trump associates. Yet vast numbers of Americans still believe it all to be true, and seek out media that clings to the edges of the story. 2+2 can equal 5, if you believe it does. 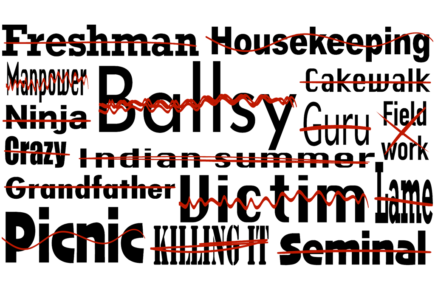 To take another example, Hunter Biden financially benefited from trading off his father’s position. He made millions from China and Ukraine selling influence. Yet the media acted with the full support of about half of Americans to disappear the story and influence the 2020 election. Once pushed underwater, the story never came back in time, and maybe it won’t for the 2024 contest either.

When I Google Hunter’s name I find sympathetic replacement stories about his battles with various addictions. Most Americans welcome the sleight of hand. They don’t want another scandalous administration. They want censorship to clean that up. The government doesn’t have to police it; in America, journalists demand the suspension of other journalists’ First Amendment rights based on ideology if things go off-message.

Orwell’s Two Minutes of Hate was when the public was told to express hatred toward enemies of the state, whether it made sense or not. The Brett Kavanaugh hearings were a widely welcomed version of this, using the confluence of mediagenic victims, politicians, and MSM whipping up the crowd. Social media, particularly Twitter, serves the same ongoing purpose: we loved Andrew Cuomo as the anti-Trump until told to hate him as a sexual harasser. Is Dr. Fauci a good guy or a bad guy this week? Your own family is also a target as white allies are told to “Text your relatives and loved ones telling them you will not be visiting them or answering phone calls until they take significant action in supporting black lives.”

In Nineteen Eighty-Four, criticism of The Party was the worst sin, punishable by loss of status, loss of work, and loss of self (cancellation). Though America so far does not include the physical torture portion (in Newspeak, enhanced interrogation) of Nineteen Eighty-Four-style cancellation, the rest of the tools are active. Party orthodoxy is replaced by the sin of criticizing diversity and being denounced as a racist. Whole industries — academia, media, entertainment — are controlled by the issuance of double plus good anti-racist badges. Most of the the media we consume, and what our kids learn in school, is filtered, judged, and censored by an ideological mob.

If you want to keep your job in those fields and more, you must embrace Big Diverse Brother, and most are more than happy to do so. Those who fall out of favor with the Party in 1984 become “unpersons,” disappearing with all evidence of their existence destroyed. In 2022, they are deplatformed. Institutions don’t punish dissent so much as seek to make dissent impossible.

Orwell envisioned the need for a massive Ministry of Truth to enact societal control when in fact all it took was some silliness about whether calling Covid-19 “Chinese flu” was racism and a dash of sky-is-falling articles. Make fear the problem and empowering protectors becomes the solution. The message worked: you have to give things up for a safe society. If you don’t, you’re selfish; you’ve committed a crime against your neighbors.

When Orwell wrote Nineteen Eighty-Four, he could not envision any entity more powerful than the government, backed by secret police and the army. He could not imagine global media and its running dog companion, social media, screening what we read and providing the tools of cancelation. He did not foresee the endpoint of global capitalism, a handful of people with almost all of the money who could buy the laws and societal changes they wanted.

Instead of adapting to this reality and pushing back, progressive Americans cheer it on. They roll like dogs in mud over the idea that while the government can’t censor Dr. Seuss, a corporation can. They enjoy the ignorance of pretending such censorship is not censorship because, for now at least, only things they don’t like are being censored. They enjoy pretending it doesn’t matter if it is done by a private entity.

In 2022 America, we not only voluntarily accept surveillance, but we want more of it because it makes shopping easier. We spend thousands of dollars to buy and maintain 24/7 devices on our person that track our locations, record our communications, and study and analyze our personal habits from porn preferences to fashion choices, all so Amazon can recommend products to us. Tracking us was sold first as a way to keep us safe from terrorist attacks that never came, then to catalog our associations to keep us safe from a Covid-19 crisis kept on the boil as long as possible. We want Big Brother to know where we’ve been so he can warn us not to associate with the “diseased” people there. Vaccine passports to label and reward the compliant? Yes, please, if it means we can go to ballgames.

We love surveillance technology when it helps arrest the “right” people. We fetishize how cell phone data was used to place people onsite during the Capitol riots, coupled with facial recognition run against images pulled off social media, aided by loved ones snitching, to arrest them. There is even a do-it-yourself version of facial recognition progressives used to help law enforcement ID rioters. The goal was to jail people if possible, but most loyalists seemed equally satisfied if they could cause someone to lose their job.

As a young man, I visited Soviet Eastern Europe. I lived in China and in Taiwan under dictatorship. I spoke to survivors of the Cultural Revolution and torture victims from Seoul’s years of military control. I’m much older now, and know when I’ve seen something before. Orwellian? Orwell was an amateur.