Zelensky spoke to the American soul 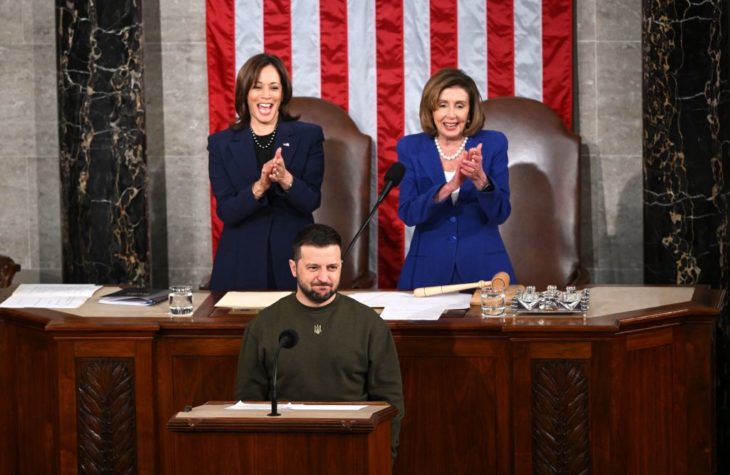 Volodymyr Zelensky addresses Congress at the US Capitol (Getty) 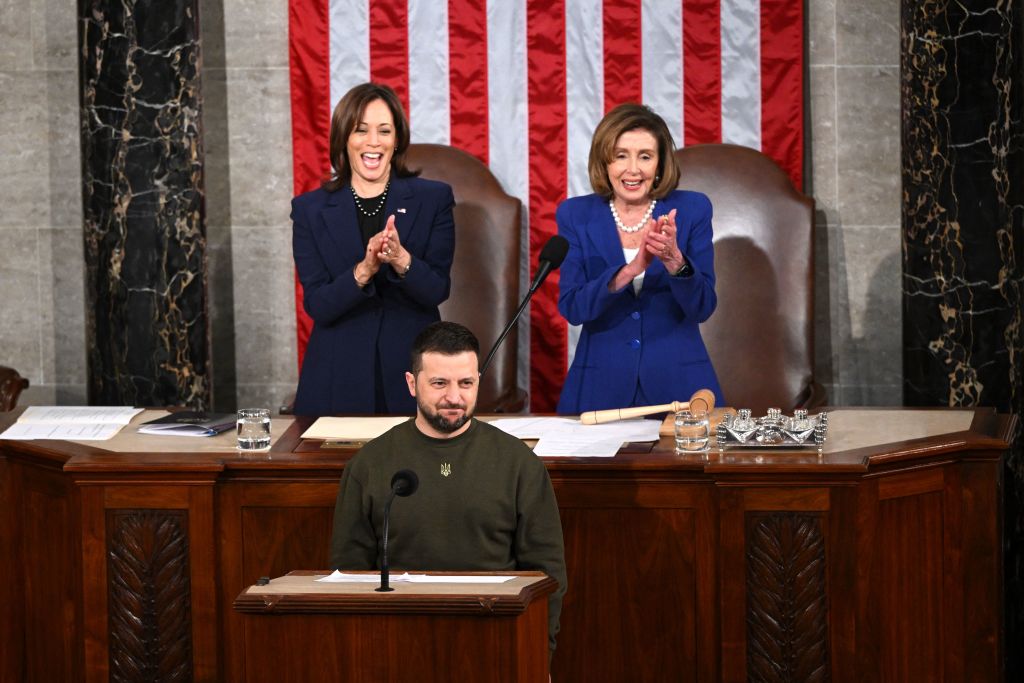 Zelensky spoke to the American soul

When Volodymyr Zelensky entered the chamber to address Congress, the applause and cheers took on a particularly emotional character. It was not the stilted, forced applause that the president receives at the State of the Union; it was an affectionate show of admiration for a man who has come to embody the twenty-first century struggle for freedom.
Though delivered to Congress, the opening words of the Ukrainian president’s speech revealed his true audience: “Dear Americans... all those who value freedom and justice.” It was a speech for all of us. He pulled the dusty tarp off...

When Volodymyr Zelensky entered the chamber to address Congress, the applause and cheers took on a particularly emotional character. It was not the stilted, forced applause that the president receives at the State of the Union; it was an affectionate show of admiration for a man who has come to embody the twenty-first century struggle for freedom.

Though delivered to Congress, the opening words of the Ukrainian president’s speech revealed his true audience: “Dear Americans… all those who value freedom and justice.” It was a speech for all of us. He pulled the dusty tarp off of America’s deepest identity as the shining light of liberty in a world of tyranny. He revitalized the American understanding that the Free World stands because of America’s strength and resolve; that without the United States, there is no Free World. And he conveyed the deepest sense of gratitude for the steadfast support of the American people.

Framing the fight properly is vital — and Zelensky hit the nail on the head. The fight is about what the world will look like this century, about how many people will suffer under tyranny or thrive under liberty. He emphasized that there is no hiding from this conflict, because it is not just a regional conflict, not just a fight over disputed territory: it is much more than that. Distance and geographical barriers will not save us. “This battle… cannot be ignored, hoping that the ocean or something else will provide a protection… the world is too interconnected and interdependent to allow someone to stay aside and at the same time to feel safe when such a battle continues.”

It is not an abstraction to say this. “Russia found an ally in this — in this genocidal policy: Iran… That is how one terrorist has found the other… It is just a matter of time when they will strike against your other allies if we do not stop them now.”

Ensuring Ukrainian victory in this war is a way to make sure autocratic powers think twice before they engage the forces of freedom. American support “can speed up our victory” and “will prove to any potential aggressor that no one can succeed in breaking national borders” or “committing atrocities and reigning over people against their will.” Though Zelensky leaves it unsaid, the converse is also true. If American — and Western — support is insufficient, the message will be heard in Beijing, Moscow, Tehran and Pyongyang: you can get away with it.

Zelensky hailed Americans for standing up to Russia and for supporting Ukraine so vigorously. He positioned America as a co-victor in the fight: “Ukrainians gained this victory… which inspires the entire world. Americans gained this victory — and that’s why you have succeeded in uniting the global community to protect freedom and international law.” It is “Ukrainian courage and American resolve [that] must guarantee the future of our common freedom, the freedom of people who stand for their values.”

But Zelensky also subtly highlighted the disparity: “Ukraine never asked the American soldiers to fight on our land instead of us. I assure you that Ukrainian soldiers can perfectly operate American tanks and planes themselves.” The cost to Americans is in money and material — the cost to Ukraine is in blood.

The visit to Washington, however, was also meant to convey the sincere gratitude that Ukraine has for the US — and it came through. “I want to thank you, all of you. I want to thank every American family… I thank President Biden and both parties… for your invaluable assistance. I thank… your citizens who supported Ukraine this year…” His words mirrored what he said earlier in his press conference with President Biden: “I came here to the United States to forward a word of thanks to the people of America, people who do so much for Ukraine, I am thankful for all of this.”

With domestic criticism of US aid to Ukraine rising, particularly among Republicans, Zelensky needed to address the concern that the money was not being used properly. “Your money is not charity. It’s an investment in the global security and democracy that we handle in the most responsible way.”

Some Republicans have been threatening to oppose more financial support to Ukraine unless oversight is increased, claiming that the funds may end up lost to corruption. Zelensky’s statement will not change every critic’s mind — at various points, both Matt Gaetz and Lauren Boebert sat motionless while members of Congress stood and applauded — but it was important that the Ukrainian leader demonstrated he recognized the concern and is working to safeguard American money.

The most memorable parts of the speech, however, were Zelensky’s emotional appeals to the American people. He has become a master of incorporating a nation’s unique history into his speeches, fusing the historical memory of a people with the current experience of Ukrainians. In a comparison that fits on so many levels, Zelensky invoked one of America’s toughest battles of World War Two, the Battle of the Bulge. The waves of Russian troops smashing against Bakhmut’s Ukrainian defenders is all too similar to the waves of German forces attempting to break US lines in the Ardennes. Americans know this story: it embodies their heroism in the face of pure evil — and Zelensky’s comparison gives Americans a window into the Ukrainian experience, a common experience across time.

But it’s the Ukrainian will to fight in the face of seemingly insurmountable odds that really reaches the hearts of Americans. Zelensky poignantly described what Christmas will be like this year for Ukraine:

We will celebrate Christmas. Maybe candlelit. Not because it’s more romantic, no, but because there will… be no electricity. Millions won’t have… heating or running water… But we do not complain… We’ll celebrate Christmas… even if there is no electricity… Ukrainians will sit down at the holiday table and cheer up each other… we know that all of us, millions of Ukrainians, wish the same: Victory. Only victory.

Before giving a Ukrainian battle flag to Congress as a token of thanks, Zelensky encapsulated in one sentence America’s importance to the Free World. “I know that everything depends on us, on Ukrainian armed forces, yet so much depends on the world. So much in the world depends on you.”

Though Americans will always have a hard time admitting it, this country is the lynchpin of freedom in this broken world. It felt as if Zelensky truly understood this when he ended his speech saying, “may God forever bless the United States of America. Merry Christmas and a happy, victorious New Year. Slava Ukraini.”