Ukraine is ready to keep fighting

All the West has to do, at the behest of its people, is provide weapons and support 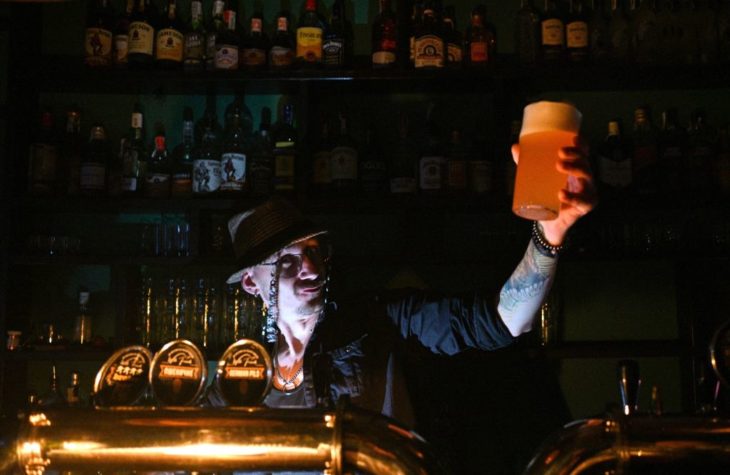 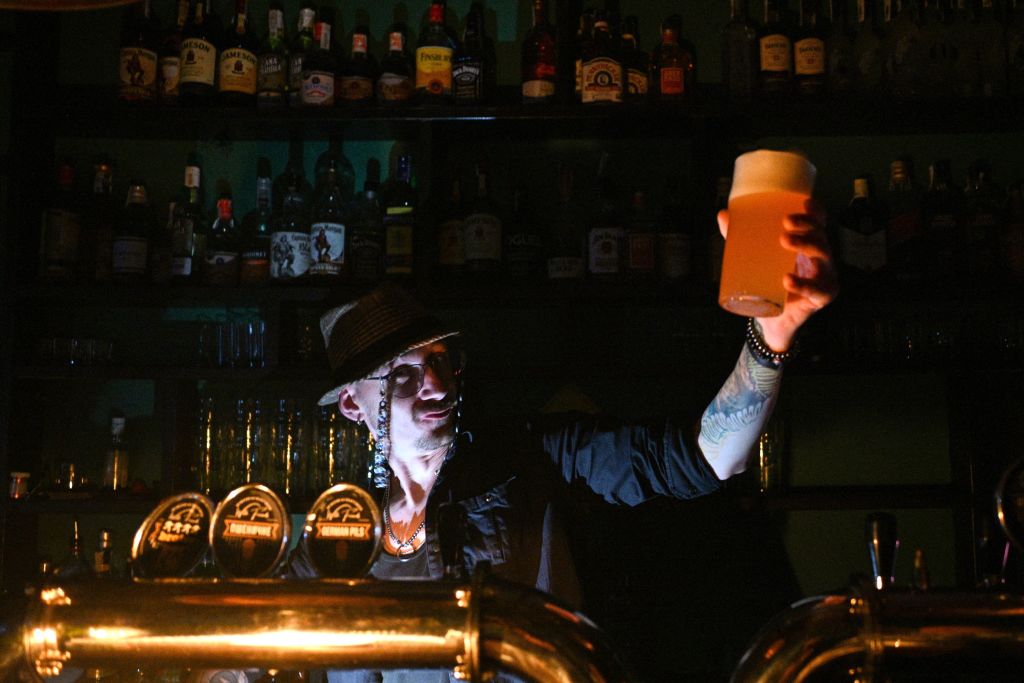 Ukraine is ready to keep fighting

Lviv, Ukraine
I write by candlelight from a centuries-old coffeehouse on a snowy day, even though the electricity is working. Lviv is a history-loving city that likes to live by candlelight, so they are not panicking about sporadic power losses. But today, when my apartment here had no heat, it was clearer than ever to me: Russia is seeking to break the Ukrainian people this winter. Why? Because the Kremlin knows that in Ukraine: the people and not the government are in charge.

I wish those people in the West, especially in America, who talk about freedom...

I write by candlelight from a centuries-old coffeehouse on a snowy day, even though the electricity is working. Lviv is a history-loving city that likes to live by candlelight, so they are not panicking about sporadic power losses. But today, when my apartment here had no heat, it was clearer than ever to me: Russia is seeking to break the Ukrainian people this winter. Why? Because the Kremlin knows that in Ukraine: the people and not the government are in charge.

I wish those people in the West, especially in America, who talk about freedom realized the radical nature of Ukrainian democracy. Influential Americans in media and politics often talk about how “the Kyiv regime” needs to negotiate in order to bring about peace. This is exactly what Putin wants the West to believe: that President Zelensky and his government are the problem.

But if you look close enough, you will see that Putin’s real target is the Ukrainian people: their language, culture, religion and especially their freedom, which they demanded most clearly in 2014 when they sent his puppets in Kyiv fleeing to Russia. Ever since that moment, the people of Ukraine have refused to be controlled by Putin, or anyone.

I know well that fierce uncontrollable spirit of the Ukrainians. After traveling the world for several years, I got stuck in Lviv when the borders closed for the pandemic. Within those closed borders, I saw a radical freedom. The government, trying to keep up with other world governments, issued some of the same lockdown restrictions known throughout the world. But it knew it could only push the people so far. Unlike so many European countries, the Ukrainians refused to be locked in their houses.

Once in the pandemic I was having a drink at a café with some leading doctors from Lviv. The official rules forbade such a meeting, and the police entered.

“We’re so sorry,” the police said, more or less, and left.

I don’t know a single person here who totally avoided visiting relatives or skipped holidays during the pandemic. Officially, about 33 percent of Ukrainians have been vaccinated but almost everyone I know here has fake documents. That’s the Ukrainian way: fiercely, quietly, effectively free.

Normally with the delicate state of our western discourse, I’d keep such stories quiet. That’s the method of the Ukrainians: quiet, cheerful defiance. They had no need for mass protest.

Even a government-backed media initiative has noted this. The social media channel United 24 quoted British academic Peter Pomerantsev saying, “In Russia corruption is paying to join the system. In Ukraine, it’s to get the system off your back.” Ukrainians are free people; they resist control by anyone. Before February 24, bureaucrats in Washington and in Brussels were also afraid of Ukrainians, whom they frequently criticized. Ukrainians wouldn’t get in line.

Meanwhile, American conservatives support the protest movements of the Ottawa truckers, the Iranian women and the Brazilian election skeptics. So why are they skeptical of Ukrainian freedom? Unlike so many other attempts at freedom the past twenty years, from Cairo to Hong Kong, Ukraine’s Maidan Revolution actually worked.

Maidan, which means “public square,” was anti-elite, naturally anti-globalist and firmly in the hands of people, who would be neither victims nor slaves — and it’s the reason why Putin, terrified of liberty in his neighborhood, seeks to erase Ukraine.

“Ukraine is the only country in the world where the people govern the country,” my friend Sam, a British entrepreneur living in Kyiv even in wartime, told me recently.

The threat that Ukrainians could at any time take to the maidan is a real power. An American friend, whose family is prominent in conservative politics, wrote to check in on my life in war.

“I’ve started thinking about certain accountability mechanisms as ‘ghost threats,’” he said. “The genius of the Second Amendment is the decentralization of weapons. It creates a “ghost threat” that lives in the mind of an intruder, a mob, an authoritarian leader. That’s power to the people.

”That’s what Maidan is: a ghost threat, not only to any government in Kyiv but to anyone in the world who seeks to control free people. “Ukraine, with its people’s ability to mobilize has reminded everyone what can happen if you don’t listen to the society,” FreSteen Nørlov, the Danish chief of the Council of Europe’s office in Kyiv, told me in October 2021.

And here we are, with perhaps the freest nation in the world facing a violent, evil war. While women in Iran stand bravely for liberty, while liberals and conservatives in the United States and Europe resist a globalist-elite-mega party disguised as two, Ukraine, the roots of whose name mean “edge,” stands at the extreme edge of freedom. If you insist on being free, the dark controlling forces will call each of your victories an escalation until they can suffocate you.

Ukrainians have already shown they are not afraid to stand up to bullets. Now Russia sees only one way to stop their freedom: to make the people freeze, to break their spirits. because Russia knows the truth. It’s not Zelensky who chooses not to surrender. It’s the Ukrainian people.

Ukrainians are willing to fight, standing at the edge of the free world. All the West has to do, at the behest of its people, is provide weapons and support. I hope especially all those who say they believe in freedom, who even call themselves “freedom fighters,” will be true to their words.

History shows if you let a tyrant overtake a free nation, that tyrant will be emboldened to go further. This is the warning Ukraine sends to the world, a warning that Churchill issued in the 1930s, and Ronald Reagan echoed in his 1964 “A Time for Choosing” speech.

In that he made the case to stand strong against nuclear Moscow. “There’s only one guaranteed way you can have peace, and you can have it in the next second — surrender… Every lesson of history tells us that the greater risk lies in appeasement,” Reagan said, before going on to quote Churchill against appeasement.

“The longer it takes, the harder it gets,” Kaja Kallas, prime minister of Estonia, which suffered Soviet oppression, told CNN last month. “The prescription is to give Ukraine as much military aid as we can give.”

by Joe Lindsley Joe Lindsley is editor and founder of UkrainianFreedomNews.com, a humanitarian-journalist project, and he speaks every weekday from Ukraine on Chicago's WGN Radio.

Joe Lindsley is editor and founder of UkrainianFreedomNews.com, a humanitarian-journalist project, and he speaks every weekday from Ukraine on Chicago's WGN Radio.