Outright defeat in Ukraine would finish Putin. He will throw the kitchen sink at this war 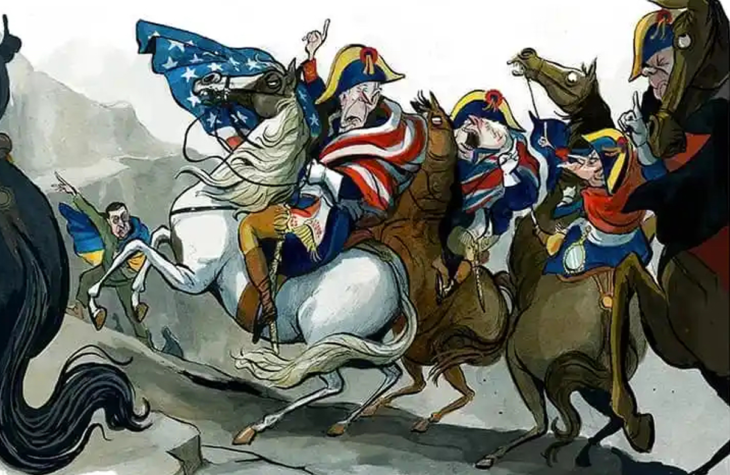 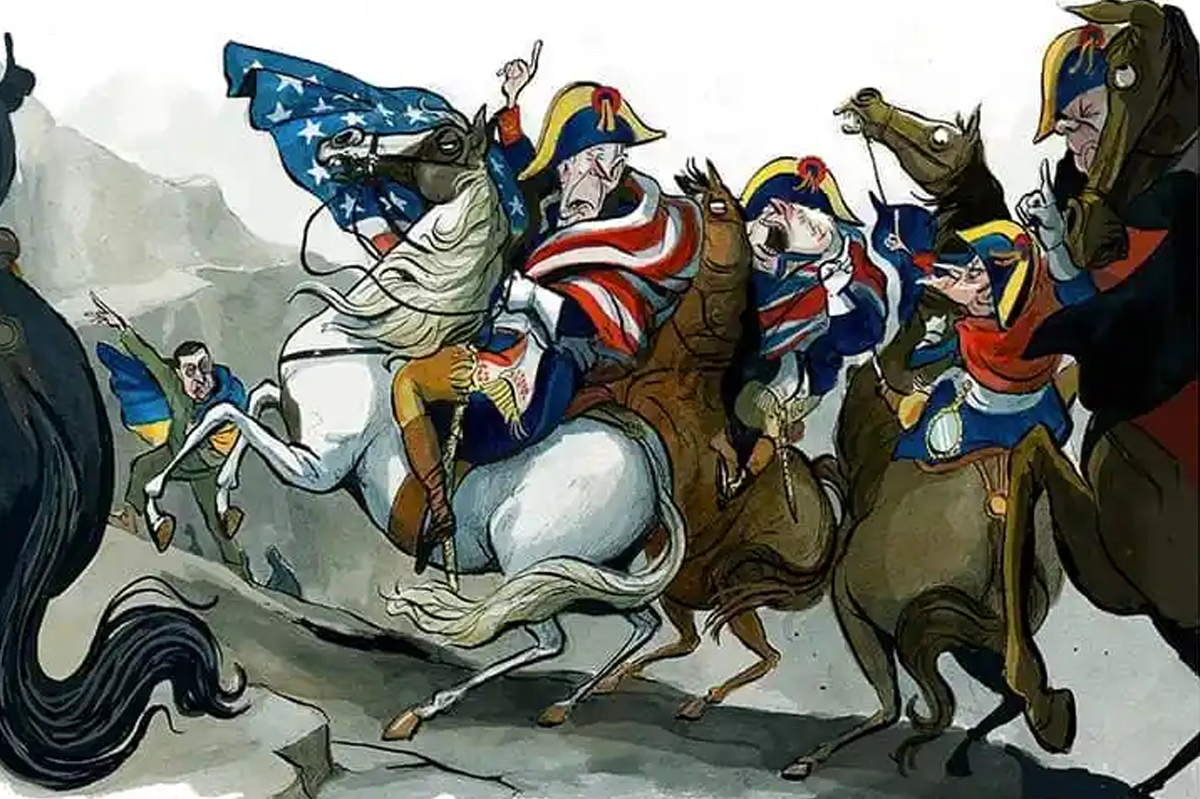 Optimism can be surprisingly hilarious. In my last novel, two spouses agree to quit the planet once they’ve both turned eighty, and the book explores a dozen possible outcomes of their pact. No chapter made me chuckle at the keyboard more than "Once Upon a Time in Lambeth" — in which the couple don’t kill themselves but live to 110 in perfect health because they eat their vegetables. Young people flock to their table for advice, as my protagonists grow only wiser and more physically riveting in old age. Meanwhile, modern monetary theory makes everything...

Optimism can be surprisingly hilarious. In my last novel, two spouses agree to quit the planet once they’ve both turned eighty, and the book explores a dozen possible outcomes of their pact. No chapter made me chuckle at the keyboard more than “Once Upon a Time in Lambeth” — in which the couple don’t kill themselves but live to 110 in perfect health because they eat their vegetables. Young people flock to their table for advice, as my protagonists grow only wiser and more physically riveting in old age. Meanwhile, modern monetary theory makes everything free. Limitless energy is derived from carbon dioxide. A new portmanteau religion, “Jeslam,” eliminates Islamist terrorism. The reader gradually twigs that this happy-clappy scenario is a piss-take. My improbably sunny Chapter Twelve is clearly the one version of the couple’s advanced years sure never to happen.

Are we in danger of shining the same improbable sunniness on Ukraine? If so, this particular wishful thinking isn’t funny.

Our Chapter Twelve in Kyiv goes something like this: with unstinting military support from the West, the Little-Engine-That-Could Ukrainian army continues to take territory from demoralized, poorly equipped Russian forces. As for how many years and how much outside money is required for these feisty, tireless defenders of their homeland to reach the vast country’s original 1994 borders? In this cheerful version of events, we don’t care. Speaking with one voice, leaders from Biden to Scholz all chime: “Whatever it takes.” Eventually, Zelensky raises his hands in embarrassment. “We couldn’t be more grateful, but please! Stop with all the tanks! We’ve run out of parking spaces!”

In response, perhaps Putin announces a nationwide mobilization, but the draft backfires. Hundreds of thousands more young prospective conscripts, often the best and brightest, flee their country, despite Kremlin attempts to close the borders. Wising up, rather than rebuff them, western countries eagerly absorb these well-educated refugees, thereby shoring up our economic dominance with Putin’s own exiles (which is gratifying). Back home, Shanghaied Russian soldiers are resentful. In battle, they desert in droves, many joining enemy ranks.

Despite state censorship, Russian opinion shifts decisively against a costly war of choice. Sanctions have at last proved ruinous. Most having borne an only son, bereaved mothers direct their grief at Putin personally. Rumors leak that even the president’s inner circle is growing uneasy. Behind Putin’s back, nicknames are coined with a snigger, such as “Odutlovatoye Litso,” or Puffy Face.

Even in Chapter Twelve, we’re not naive. We know a desperate Putin will be drawn to desperate measures. Will he resort to nuclear weapons? In Sunny World, of course not. Putin will rationally assess that nukes would only spite his face. They could contaminate Russia and his own troops, while making little military difference and inviting the full force of NATO down on his head. Or, as Daniel Hannan recently speculated, maybe if Putin did reach for nuclear missiles, they wouldn’t work. Either way, we can relax.

Fast-forward to the finish line. Ukrainian forces push every surviving Russian soldier back where he belongs and reclaim every inch of occupied territory, including Crimea. Ukraine is once again whole and free. Citizens weep and rejoice in the streets. Refugees pour home. Raped, starved and beaten by occupying louts, Russian speakers in newly liberated regions have all converted to Ukrainian nationalism. When the UN oversees elections on sovereignty in Crimea and the Donbas, support for remaining part of Ukraine is 99.99 percent.

Kremlin cronies scurry to the gulag where the brave resistance leader Alexei Navalny is imprisoned and beg him to assume the national helm. Putin sullenly retreats to his $1.4 billion Black Sea palace, spilling Stolichnaya all over its subterranean ice hockey rink. Navalny restores democracy and moral order to his beleaguered country. The chastened Russian populace feels ashamed of having been seduced by a wicked monomaniac. Their new squeaky-clean government devotes all its oil and gas revenue to reparations, rebuilding the apartment blocks and power plants that Putin bombed. Needing to dry out (even his breakfast borscht has become mostly vodka), a maudlin Vladimir Vladimirovich apologizes for his folly and offers himself up to be tried for war crimes in the Hague. In time, our freshly civilized Russia joins the EU and even NATO. The end.

What could possibly be misguided about this pretty picture? Reading Paul Auster’s Bloodbath Nation this week, I was struck by his summary of the Tet Offensive in Vietnam: “The message was that the North Vietnamese would never give up, that they would go on fighting until the last person in their country was dead, and that no matter how many additional American soldiers were thrown into the battle, America could never win the war.” I scribbled “Ukraine” beside that passage. But is it the Ukrainians who will fight to the last man, as military support from their allies remains perfectly unflagging? Or is it Putin who will fight to the last Russian soldier, whose disagreeable fate is no skin off his nose? It’s mooted that one condition rebel Republicans put on finally voting in Kevin McCarthy as speaker of the House was a cap on funding for Ukraine. Fiscal balking in Congress could soon constitute blinking first.

Like most of you, I viscerally despise Vladimir Putin. Like most of you, I want him punished. Like most of you, I don’t want him or his country to profit even slightly from this gratuitous horror show. But outright defeat in Ukraine would finish Putin. He will throw the kitchen sink at this war, because he has nothing to lose aside from compatriots he cares nothing for. Given Syria and Chechnya, Putin is apt to withdraw only after razing Ukraine into a moonscape — an excruciating, high-fatality process with which we’d feel complicit. The unqualified Ukrainian victory for which the West is rooting looks… doubtful. This fractured fairy tale is more likely to produce an emotionally and morally unsatisfying compromise that Putin can sell to his people as triumph and vindication. But nothing would make me happier than to be wrong. 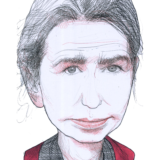 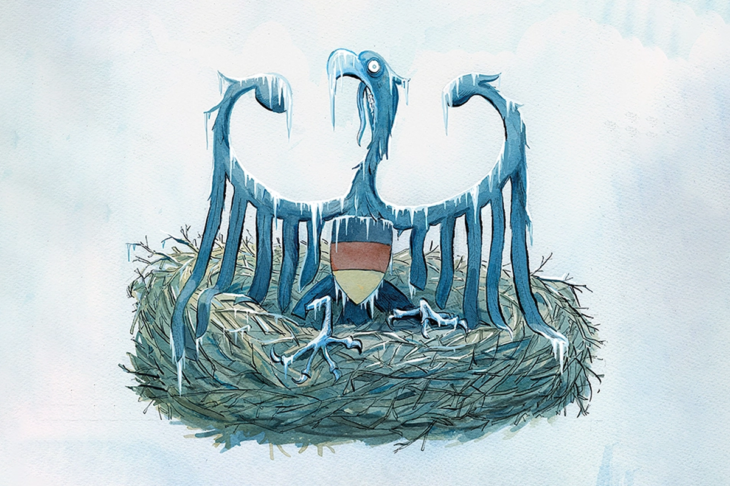