‘I was treated like a traitor’: an interview with WHO whistleblower Francesco Zambon

‘Trump accused China of putting the world in a catastrophic recession. He was right’ 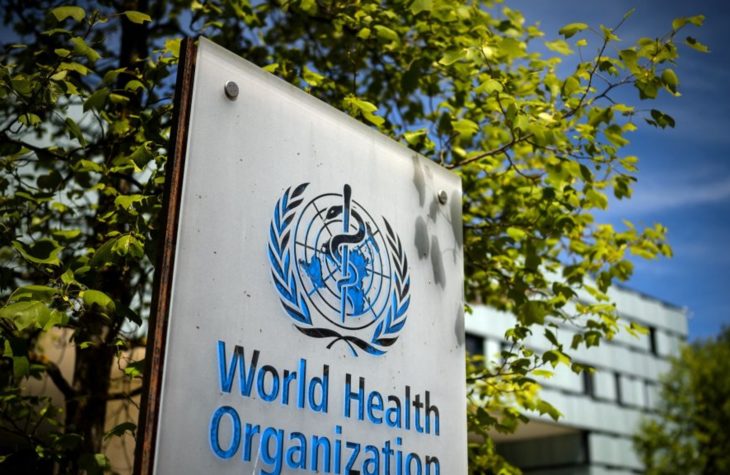 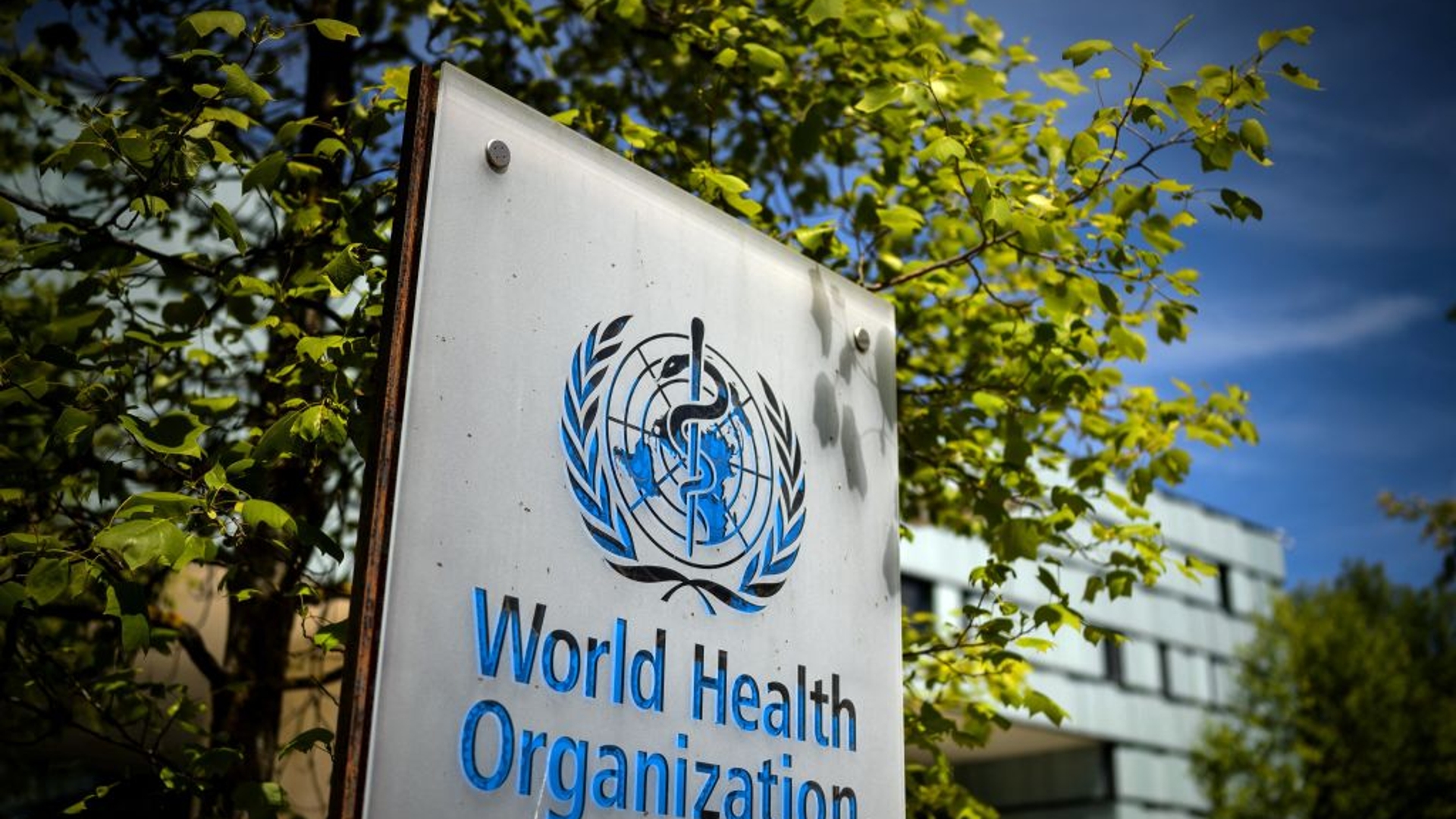 ‘I was treated like a traitor’: an interview with WHO whistleblower Francesco Zambon

Francesco Zambon is calling the World Health Organization to account. Zambon, who was based at the WHO’s Venice bureau, claims that the WHO suppressed critical information about the pandemic to serve the political interests of member countries. There are conflicts of interest at the highest levels of the institution, he says. As a result, according to Zambon, the world lost valuable time in mounting effective defenses against the pandemic.

Back in May 2020, Zambon and his team wrote a report for the WHO called: 'An unprecedented challenge: Italy’s first response to COVID-19'. The report, drafted in...

Francesco Zambon is calling the World Health Organization to account. Zambon, who was based at the WHO’s Venice bureau, claims that the WHO suppressed critical information about the pandemic to serve the political interests of member countries. There are conflicts of interest at the highest levels of the institution, he says. As a result, according to Zambon, the world lost valuable time in mounting effective defenses against the pandemic.

Back in May 2020, Zambon and his team wrote a report for the WHO called: ‘An unprecedented challenge: Italy’s first response to COVID-19’. The report, drafted in a time of emergency, was meant to help other nations still untouched by the virus and it could have saved lives, says Zambon. But soon after it was published, the document came under fire from high cadres within the WHO. It did not survive more than 24 hours online before being taken down. I spoke to Francesco Zambon to find out why:

MM: So why was your report taken down? Hadn’t it been approved?

FZ: There is a sentence in the report which states that the Italian pandemic plan dated back to 2006, and was not updated as it should have been. Since Dr Ranieri Guerra was a general director at the Italian health ministry between 2014 and 2017, it was partially his responsibility to update this. He pressured me to write that the plan had been updated. But we couldn’t do that. We saw that it was just a copy and paste from 2006. We could only write that it was reconfirmed. An updated pandemic plan might have saved lives. On this, the prosecutors in Bergamo are investigating on behalf of the victims.

The huge conflict of interest was conspicuous. During the pandemic, Guerra was appointed as special envoy to Rome to assist the Italian government. The texts of the chats just acquired by Bergamo’s magistrates show that the cabinet of the Italian health minister wasn’t happy with our report. Subsequently our work was buried. (Guerra says he had nothing to do with the decision to spike the report. He also says the responsibility for pandemic preparation plans are broadly the remit of individual regions within Italy, for which he was not responsible).

MM: It must have been a blow for you and all your team.

FZ: Of course I am not a utopian. But we always have to remember that the WHO is here to protect the health of every human on the planet. I was conscious of geopolitical influences in every UN agency, but could not imagine that the WHO lacked independence. The main issue is why the report was really withdrawn and the power dynamics between the WHO and member states. From the beginning of the story, they were just trying to divert attention. Italy is only a secondary aspect. What really matters is what happened in China.

MM: Was there an attempt to control and manipulate the narrative and the chronology of the pandemic?

FZ: Yes, this is the important point: controlling the narrative. What immediately provoked the report to be taken down was the 300 words of what we call ‘The China box’ in the report. This was a chronology of the first months of the pandemic. The WHO office in China called me to say that I should take it down immediately. Not because it was wrong — it was mostly based on WHO sources — but because it was very political.

MM: As you know, just a few weeks ago an independent panel chosen by WHO member states issued a document with the title ‘Make it the last pandemic’, comparing COVID-19 to the Chernobyl accident.

FZ: This is very significant. Firstly, the document talks about the lack of independence of the WHO and the importance of timing. The report calls February 2020 the ‘lost month’. The parallel with Chernobyl is crucial. Everybody knows that in Chernobyl there was a lack of information from the Soviet Union. The same is true for COVID-19 and China.

MM: I noticed that while Trump was in office, when you posted a statement from a scientist supporting the view that the virus originated in a lab, it would be flagged immediately on social media. Now the mainstream narrative has changed and you can share such views more easily. How do you explain this? And what do you think about the investigating team sent by the WHO looking into how the virus originated?

FZ: Now it is more fashionable and acceptable to say these things. As for the WHO mission, it was a farce since the host country, China, was given the power to pick the members of the team. The results were contradictory to say the least. Finally, the WHO itself had to admit that the mission was inconclusive and further investigation was needed.

MM: So was Trump right to criticize the WHO?

FZ: Trump was correct to attack the WHO and accuse it of not being independent. Trump accused China of putting the world in a catastrophic recession. He was right.

MM: We should also remember that there is a big difference between the WHO being somehow dependent on a democratic country, like the US or Italy, which have some checks and balances, and being dependent on a totalitarian state like China. Isn’t the latter much more dangerous?

FZ: Of course. We just have to think of the brave Chinese doctor, Li Wenliang, who sounded the alarm on WeChat and was silenced. In Italy, at least I am still free to talk to the press. In China, I would have been arrested or would have disappeared by now.

MM: What other things did China (and consequently the WHO) fail to tell us which could have been helpful in the first months?

FZ: It was just a simple doctor from Codogno in Lombardy, who, by testing somebody who didn’t have direct travel links to China, took the initiative and discovered the so-called patient zero in Italy. We were told not to mention this episode in the report, because it put the WHO and the Italian government in a bad light. I replied: ‘Are you crazy? You want to hide what really helped us discover the pandemic?’ The report was subsequently taken away from me and buried.

MM: What happened to you after this?

FZ: Well, when the whole scandal broke out and so many journalists from all sorts of media wanted to talk to me, the chief of WHO human resources called me and offered me a post in Bulgaria.

FZ: I don’t know! I asked him: ‘To do what?’ And he replied: ‘We will figure it out but we are concerned about your health’. After this, I resigned and started a court case against the WHO because they didn’t recognize my status as whistleblower. Obviously I had touched the ‘big fishes’ and nobody in the organization dared to protect me. I was treated as if I was radioactive, as a traitor basically.

MM: How do you see the future of the WHO?

FZ: I still think we need it but it should be radically reformed. This is why I exposed these facts.

The WHO says that the report was taken down because ‘factual inaccuracies were found in the text’. In a statement, the WHO said: ‘The WHO Regional Office for Europe removed the document from the website, with the intent to correct errors and republish it. By the time corrections were made, WHO had established a new global mechanism — called the ‘Intra-action Review’ — as a standard tool for countries to evaluate their responses and share lessons learned. The original document (‘An unprecedented challenge’) was therefore never republished.’

The Small Fish by Francesco Zambon is published by the Feltrinelli press. This article was originally published on The Spectator’s UK website.