The next phase of the Ukraine war 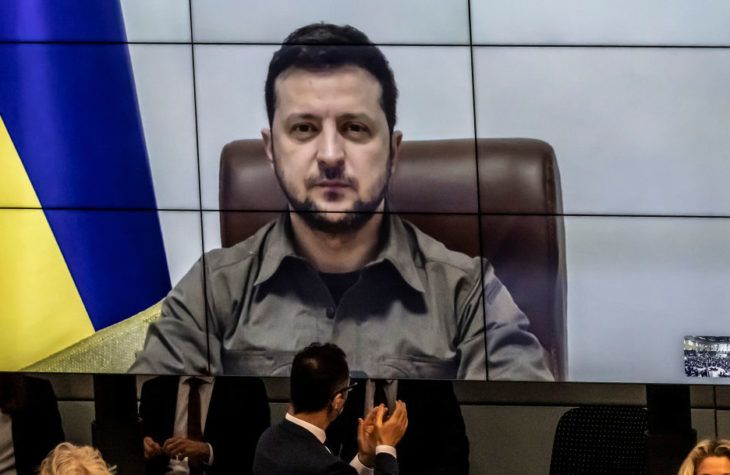 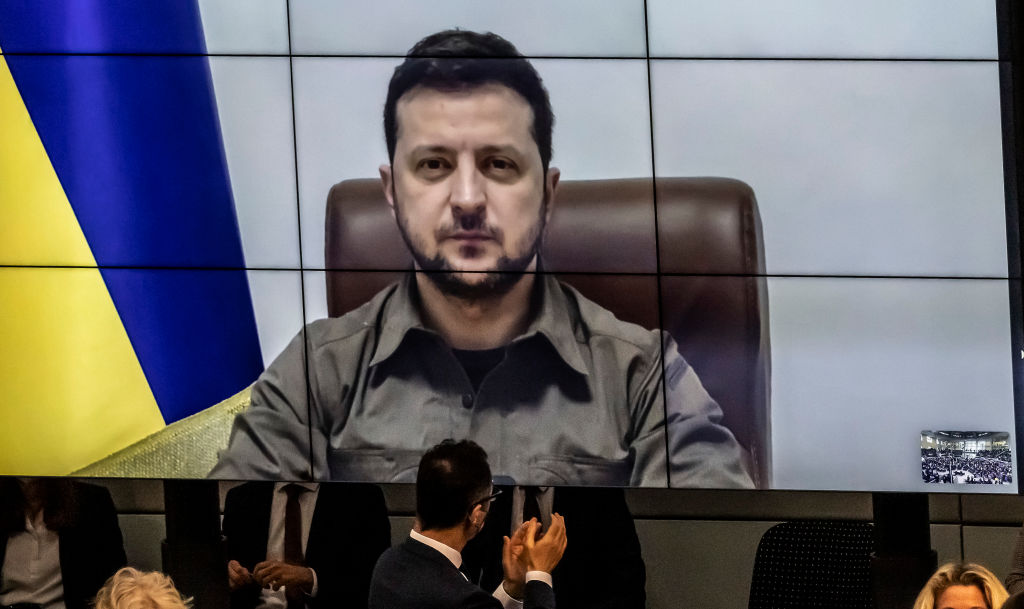 The next phase of the Ukraine war

The fog of war doesn’t just apply to generals, sergeants, and privates. It applies to strategists and outside observers, including the best-informed journalists on the ground. All are swamped by a confusing barrage of information, some accurate, some not, none of it complete or definitive. That’s why, after over a month of fighting in Ukraine, it helps to step back, consider the basic outcomes, and try to project what will happen next.

Remember, though, the “fog of war” applies to these assessments, too.

The fog of war doesn’t just apply to generals, sergeants, and privates. It applies to strategists and outside observers, including the best-informed journalists on the ground. All are swamped by a confusing barrage of information, some accurate, some not, none of it complete or definitive. That’s why, after over a month of fighting in Ukraine, it helps to step back, consider the basic outcomes, and try to project what will happen next.

Remember, though, the “fog of war” applies to these assessments, too.

First, let’s clear away Russian misinformation. The Kremlin’s recent claim that their main goal was never to seize Kyiv but always to take eastern Ukraine is simply false. They wanted both and the whole Black Sea coast, but their main goal was always to seize Ukraine’s capital, to kill or capture President Volodymyr Zelensky and his government, and to install a puppet regime, much like the one headed by Aleksandr Lukashenko in Belarus.

That ambitious plan failed for two reasons. First, Ukraine’s fierce and effective resistance stopped the Russian blitzkrieg on the capital city and began systematically destroying the invader’s stalled forces. Today, Ukraine is actually pushing those forces back, to the surprise of both Russian military planners and US intelligence analysts, who expected a swift and successful Russian campaign to take Kyiv.

After a month of combat, Russian forces have given up on capturing Kyiv and dug in to positions too far from the city center to level it with artillery fire. They can still inflict major damage on government, military, and civilian sites, but only by using expensive, long-range munitions, which are now running short.

Ukrainian resistance has done more than stop the blitzkrieg. It has shown that no puppet government could possibly survive without a massive, permanent presence of Russian troops, a task that is probably beyond the Kremlin’s capacity, even if it could decapitate the Zelensky regime.

Russia’s military failure goes well beyond Kyiv. It has failed to capture any major Ukrainian cities, except for Mariupol (in the east), which could fall after Russian artillery fire has deliberately turned the city into rubble and its people into refugees or corpses. But even in Mariupol, urban resistance fighters will pin down and decimate Russian forces who try to maintain control.

Outside Mariupol, all of Russia’s major combat thrusts have failed, imposing a huge cost on the poorly equipped, poorly led, and poorly motivated Russian military. Those forces are now so degraded and demoralized that the Kremlin’s biggest risk is that their army will collapse completely. That’s one reason Russia is pulling back some forces in the north, hoping to reassemble its devastated units and redeploy some to the eastern Donbas region.

Not only has Russia been unable to keep its own troops well supplied; it has been unable to stop NATO’s massive resupply efforts for Ukrainian forces. Those resources are still pouring in from the west, mainly from Poland. They include drones, guns, bullets, anti-tank weapons and more. What they have not included are the heavy armor and air power needed to launch serious counter-offensive operations. Ukraine’s forces may be outnumbered, but they are decisively winning the logistical battle.

This logistical victory is immensely important because, once the blitzkrieg failed, the war turned into a “battle of attrition,” where the winning side was the one that could hold out longest. Ukrainians have a huge advantage here, both in resupply and the will to fight. Their main vulnerability is the huge civilian death toll, which puts tremendous pressure on Ukrainian leaders to stop the fighting. The US and NATO are adding to that pressure because, stunningly, they don’t actually want Ukraine to win decisively. More on that in a moment.

What are the Russians likely to do in this new war of attrition? What should we make of their statements about pulling back from Kyiv? No one can be certain, but Russia’s likely strategy will be to:

It is crucial to understand that, although NATO has provided immense support to Ukraine, the allies’ war goals are not identical to Kyiv’s. NATO leaders are much more worried about escalation, fearing it could bring some NATO forces into direct contact with Russian fighters and spark a much wider war. That danger is bound up in NATO’s “Article 5” commitment, where an attack on any single member, such as Poland, would be considered an attack on the whole alliance.

This danger of escalation is why the war goals differ. Ukraine wants to defeat Russia, pure and simple. It wants to drive them out of all Ukrainian territory, if possible. The US and NATO have never adopted that goal, fearing that, if Putin was faced with outright defeat, he might escalate (or credibly threaten to do so) and provoke World War III. If he expected to lose the war, he would fear losing power and probably his life. In those dire circumstances, he might believe his only chance to stay in power was to use (or credibly threaten to use) weapons of mass destruction. He has already gestured in that direction by putting his nuclear forces on higher alert. Facing outright defeat, he might strike NATO targets, possibly a small strike with conventional weapons, hoping the heightening threat would lead to concessions at the negotiating table rather than retaliation on the battlefield. In the worst case, he might use the “Samson Option,” destroying everything he can, simply as revenge.

NATO leaders can’t discount those threats, and they don’t. Their prudential calculations explain why they are so reluctant to answer Zelensky’s pleas and provide him with all the military support he seeks. They are why the Western powers did so little to arm Ukraine prior to the invasion, despite the looming threat from Russia’s massive troop buildup on Ukraine’s borders. They are why the US and some NATO allies are blocking the transfer of tanks, MiGs and other heavy equipment essential for Ukraine to counter Russian forces and defeat them. That equipment is available from NATO members that were formerly in the Warsaw Pact, and they are ready to provide them to Ukraine if the US and NATO will fill in the gaps with newer equipment. So far, Washington and key allies have feared giving the go-ahead.

The same fears also explain why the US and NATO have reportedly pressed Ukraine to end the fighting with a compromise deal that concedes some Ukrainian territory. So far, both Zelensky and Putin have refused such a bargain. The current negotiations in Turkey are simply a delaying exercise as both sides jockey for better position on the battlefield.

The only way negotiations will allot territory to Russia or Ukraine is if their military already holds it. That’s why Putin will try to secure all of eastern Ukraine before he negotiates seriously. That’s also why Russia will continue to shell northern cities, as well as Odessa and Mykolayiv in the south, even though it has only remote hopes of capturing them. The goal is to inflict death and destruction and keep Ukrainian troops pinned down, away from the battles for Luhansk, Donetsk, and the area north of Crimea. Winning those battles will not only require Ukrainian soldiers, it will require the tanks, airpower, and other heavy armor NATO is still refusing to supply.

Russia already captured some of that eastern territory, as well as Crimea, in 2014. Since then, it has been fighting continuously, without much success, to secure all of it. Putin cannot afford to end the war without securing major gains there. Zelensky will be extremely reluctant to give up any sovereign Ukrainian territory and his forces will fight tenaciously to recapture as much as he can. They are depending on NATO to supply the weapons they need. Those political decisions and that bloody fighting will be the next phase of Russia’s war of choice on Ukraine.