It’s always easier to feel certain about that which is uncertain. Just ask Joe Biden 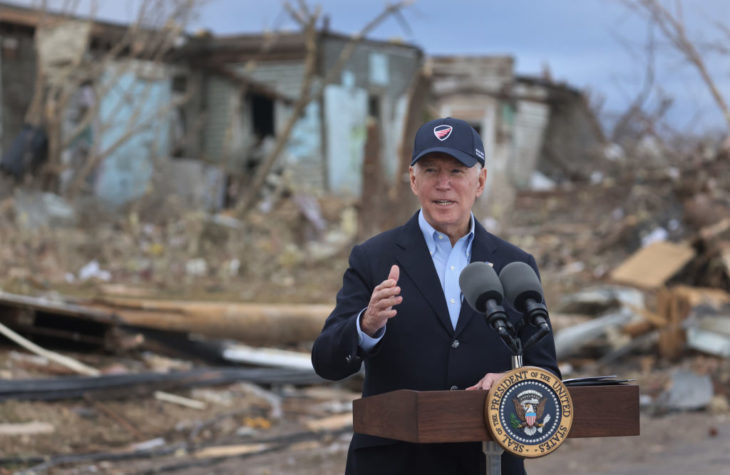 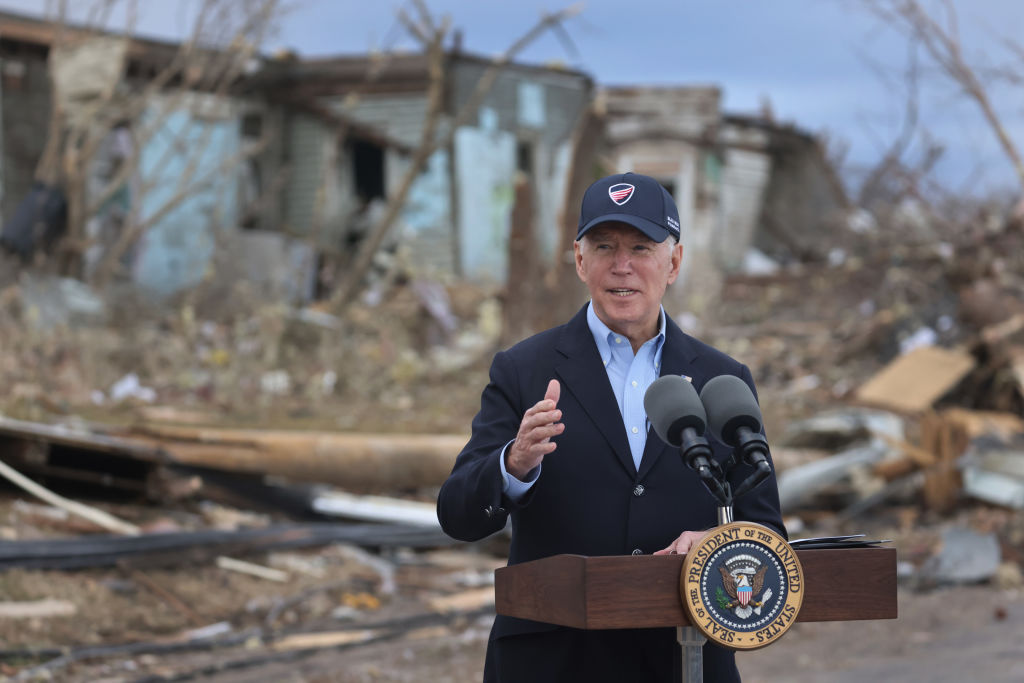 Herman Melville spent several weeks as an involuntary guest of the Typee, Marquesan Islanders known for their fierce cannibalistic ways and their exquisite tattoos. It was 1842 and Melville was a rebellious twenty-two-year-old hand who had jumped ship from a whaling vessel. Several years later, in his first novel, Typee: A Peep at Polynesian Life, Melville recounted his deep fear that his hosts would tattoo his face.

Facial tattoos were common among the islanders. Some Westerners got facially tattooed as well, but those were men who had relinquished their homes and become the original beachcombers, white...

Herman Melville spent several weeks as an involuntary guest of the Typee, Marquesan Islanders known for their fierce cannibalistic ways and their exquisite tattoos. It was 1842 and Melville was a rebellious twenty-two-year-old hand who had jumped ship from a whaling vessel. Several years later, in his first novel, Typee: A Peep at Polynesian Life, Melville recounted his deep fear that his hosts would tattoo his face.

Facial tattoos were common among the islanders. Some Westerners got facially tattooed as well, but those were men who had relinquished their homes and become the original beachcombers, white men who belonged neither here nor there. Tattooing in general was hardly a respectable thing. Well into the middle of the twentieth century, tattoos were the distinguishing marks of sailors, ex-cons, prostitutes, and carnies. Then the markings began to creep over the shoulders, scapulars, and forearms of young people who just wanted to take a walk on the wild side.

By now, of course, tattoos are everywhere, and though far less common on the face, they’ve invaded that portion of the dermis too. We are told, to be sure, “face tattoos are for bold men,” and I’d say even bolder women.

Why did Melville find them abhorrent while today they are merely “bold”? Fashions change, of course, but this touches something deeper. We have as a culture undergone some profound shifts in our sense of bodily integrity and personal autonomy. “Transgressive” has gone from a term of condemnation to a way of praising those who defy the stultifying conformity of society.

The trouble is that so-called transgressive styles and ideas are themselves a recipe for conformity, and a pretty stultifying one at that. People tattoo themselves with mental ink far more indelibly than with needles and pigment.

When a cluster of tornadoes recently swept from Arkansas to Kentucky, wreaking havoc and killing dozens, this cerebral tattooing instantly shaped the public response. As President Joe Biden put it, “All that I know is that the intensity of the weather across the board has some impact as a consequence of the warming of the planet and the climate change.”

President Biden is far from alone in this speculation, but there is no evidence at all that “climate change” had anything to do with this storm, or for that matter with any other severe weather. “Climate change” is just a mental tattoo — a phrase we invoke with an air of scientific sophistication to give some sense of knowledgeability about the unknowable.

To be sure, weather is inherently chaotic. “Climate” is just a way of talking about relatively durable patterns, but those patterns themselves are also ever-changing. We’ve talked ourselves into a degree of certainty about the deeply uncertain: the direction, degree, and causes of change that rest not on science, but on supposition, emotional urgency, apocalyptic fantasy, and a great deal of unwarranted extrapolation.

A lot of hardcore physical scientists doubt the whole apparatus of the International Panel of Climate Change and the various worldwide summits that attempt to leverage bad weather into a commitment to undo the Industrial Revolution and to dismantle Western civilization. Pseudo-certainty is not a good foundation for public policy. Perhaps significant and dangerous global warming exists, but we couldn’t know it from current science. The evidence in favor of the idea is largely cooked up and gets us nowhere near the conclusion that deadly tornadoes in Kentucky are — in President Biden’s words — “a consequence of the warming of the planet and the climate change.”

Why did he say such a thing? And why are speculations like that the first thing that leap to mind when Americans (among others) attempt to reckon with unusual events? A certain kind of cultural conformity is in play — not just with weather in Kentucky, but with many issues for which we have resorted to ready-made conceits. Covidity, structural racism, transgenderism, election integrity, borders — the list is long and as rigidly bound to its established formulations as Big Bird is to the alphabet.

Intellectual laziness surely plays a part. It takes a fair amount of time and work to become sufficiently acquainted with climate science to venture an independent let alone a dissenting opinion. The same is true of Covid, vaccine safety and efficacy, treatments, mortality statistics; or the history of slavery and racism; human sexual dimorphism; and so on. Who has the time? Conforming to what appears to be the prevailing wisdom is easier, but it is also safer and it brings other intangible rewards.

The safety conferred by conformity is part of the theme of Jonathan Haidt’s important book, The Righteous Mind. Groups punish dissenters and severely punish heretics. When someone like Steven Koonin, the theoretical physicist who served as Under Secretary for Science in the Obama administration, breaks rank, as he did in publishing Unsettled: What Climate Science Tells Us, What It Doesn’t, and Why It Matters, the denunciations are far more strident than when well-known climate skeptics such as Princeton physicist William Happer point out the same thing. We now have a well-developed vocabulary for expunging the heretics, for whom “cancelling” means not just a loss of reputation but often a kind of social death.

If non-conformity has perils, conspicuous agreement has rewards. Our vocabulary on this side of the ledger has lately expanded. The latest entrant is “luxury beliefs,” defined by Rob Henderson as “ideas and opinions that confer status on the rich at very little cost, while taking a toll on the lower class.”

This is plainly an invidious characterization. My sincere belief in the importance of reducing carbon emissions by raising the price of gasoline and natural gas may have little effect on my well-financed lifestyle, while it severely curtails the options of those on a smaller household budget, but that takes nothing away from my earnest goodwill. I want the best for everyone in the long run. Calling my view a “luxury belief” just because the policy impinges more on my dry-cleaner than it does on me is just an ad hominem argument. The real question is whether it is good policy, and I say it is.

Labeling something a “luxury belief” is indeed a species of ad hominem argument, but that is because the real question is in fact not policy but character. When we are dealing with stale, unexamined ideas that are churned up again and again as a way to justify drastic, dangerous, and destructive changes in the social order, it is well to pay attention to the motives of those who pitch those ideas.

Other examples of luxury beliefs include the body-guarded and gated folks who say “defund the police,” heedless of what that means to those live down the block from street thugs, and the insouciant supporters of vast new entitlements who will barely notice inflation as it impoverishes millions of less well-off citizens

I’ve picked on “climate science” for my lead example, and this surely will rankle those who think “the science is settled” and those who think we have only twenty years, ten years, or six months to irreversible climate catastrophe. If you raise the imaginary stakes high enough, you can justify anything to yourself, but that doesn’t actually win the argument. It just makes the skeptics curious about how you came to be so firmly anchored in a view that, at the least, is open to question, and may be simply inane.

This of course applies to any subject under the sun, not just carbon fuels or Kentucky tornadoes. It is a good reason to steer away from the whirlpools of dogmatism. And to do the best you can not to allow your mind to be tattooed with something that you can’t easily reconsider.

“Luxury beliefs” are a cousin to “virtue-signaling,” a term popularized (in The Spectator!) in 2015 by the journalist James Bartholomew. He meant the sort of behavior that pays off in persuading others that you are “kind, decent and virtuous.” Deploying the term is a way of asserting that you see past the ostensibly praiseworthy behavior to the shabbier motives beneath. People don’t like to be told they are virtue signaling, as it suggests they are hypocrites.

Virtue signaling differs from holding “luxury beliefs” in that it assumes an appreciative audience. We can luxuriate in your luxury beliefs all by ourselves. The two, however, are perfectly compatible. You can appreciate me as a climate warrior for my enlightened opinion on tornadoes, and I can fly my private jet to a climate summit smug in my opposition to fracking, which once provided affordable energy to people unlike me.

If we were to dig deeper into the psychology of clichés, slogans, and groupthink, we would find ourselves in a vast network of caverns. I grew up in western Pennsylvania in a region honeycombed by unmapped old coal mines. Once in a while an old tunnel hundreds of feet underground would collapse and a house or two would suddenly vanish as if spirited away. Children sometimes discovered the entrances to these mines and ventured in never to be seen again. I learned to restrain my curiosity about what lies beneath.

Let’s say we all want to think well of ourselves and we also hope for some modest approval of those around us. Let’s not be too mean towards those who embrace harmless delusions approved by the crowd. The trouble comes when champions of these ideas want to impose them on the rest of us. If we are not ready to sign up for socialism, the Green New Deal, climate catastrophe theory, so-called “anti-racism,” vaccine tyranny, and the whole clanking apparatus of state authoritarian rule, we will not be moved by the ardent lifestyle advertising of our supposed betters. The luxury belief-wielding, virtue-signaling folks get their reward mainly in the satisfaction of the applause of the like-minded, which often proves to be fleeting.

We have a surfeit of second-hand opinions in American life. Perhaps we always have. But there is no time like the present better to look on the path of a twister and admit how little we actually know and how dangerous it is to pretend we do.