The alt-right are contrarian phonies 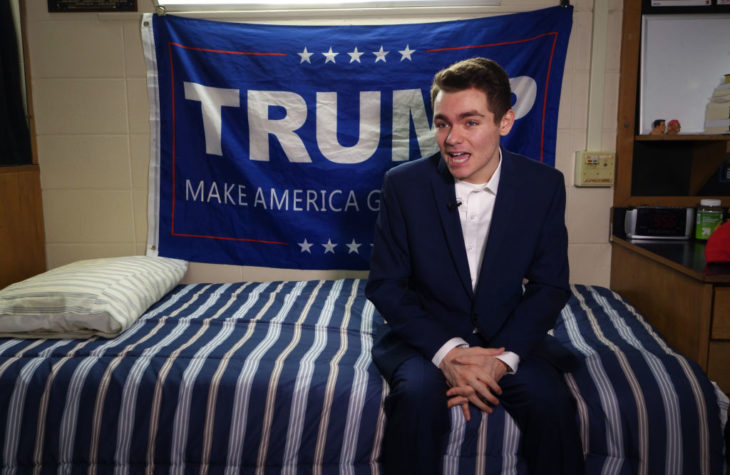 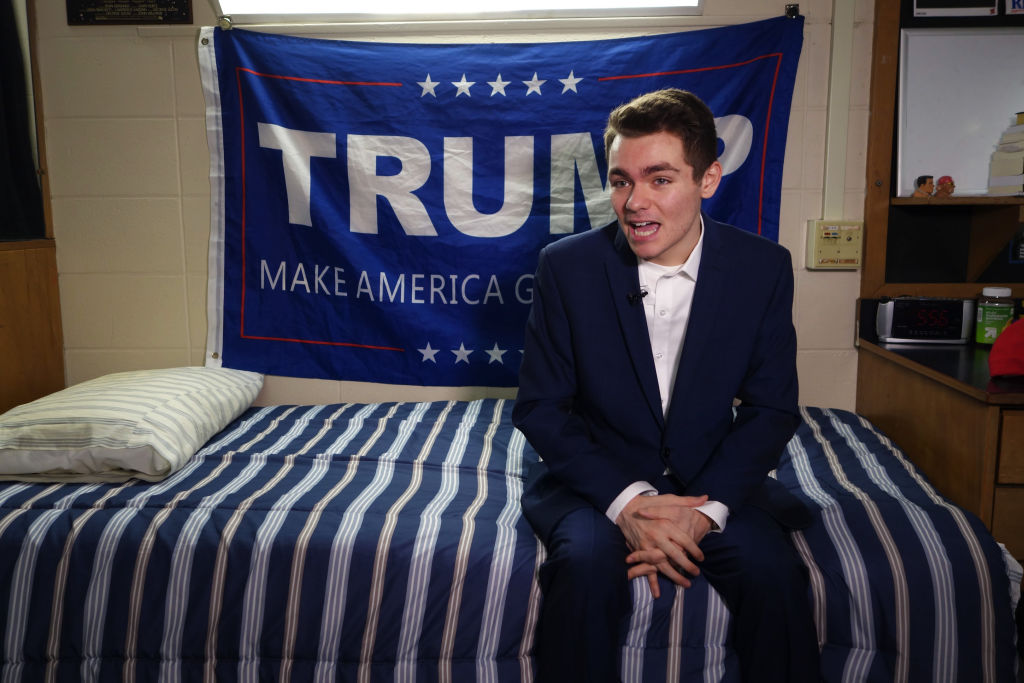 The alt-right are contrarian phonies

Why is an alt-right pundit all of a sudden best buds with the artist formerly known as Kanye West?

Many have found themselves fascinated and revolted over Ye’s strange new career as a high-profile antisemite. Those familiar with the contours of the contemporary right, including the far-right, are not surprised to see white nationalist Nick Fuentes jumping onboard the Ye train. Those unfamiliar with the openly racist online host have been shocked to learn he exists, has some kind of audience, and has formed an alliance of sorts with arguably the most famous black man in...

Why is an alt-right pundit all of a sudden best buds with the artist formerly known as Kanye West?

Many have found themselves fascinated and revolted over Ye’s strange new career as a high-profile antisemite. Those familiar with the contours of the contemporary right, including the far-right, are not surprised to see white nationalist Nick Fuentes jumping onboard the Ye train. Those unfamiliar with the openly racist online host have been shocked to learn he exists, has some kind of audience, and has formed an alliance of sorts with arguably the most famous black man in America.

This all makes sense when you understand how these people think. So much focus has rightly been put on the shared antisemitic views of Ye and Fuentes that it’s obscured something that is just as key to their extremist thinking: plain old contrarianism.

Ye and Fuentes this week joined podcaster Tim Pool where the rapper jumped in to explain his negative views on Jews and their supposed societal power. When Pool mildly pushed back, Ye stormed off and Fuentes followed him.

So did their friend and fellow interviewee Milo Yiannopoulos. Early alt-right advocate Yiannopoulos and Fuentes said little to nothing during the interview. It was all Ye. But what Yiannopoulos did say was possibly a window into what these characters are really up to.

Ye told Pool, “Have you ever heard the term ‘the black vote’? So it’s okay to put us in one net but it’s not okay for me to put them in one net?”

“Them” being Jewish people.

That’s when Yiannopoulos chimed in, “That’s the basis of the hypocrisy that people have been thinking about and been knowing about and realizing for decades. We were all wondering how this dam would break.”

Yiannopoulos continued, “Everyone in the country was wondering what was the root of this hypocrisy.”

Yiannopoulos then appeared to say that thanks to Ye, folks can now openly discuss Jews in negative and conspiratorial terms.

“And now the dam is broken,” he insisted.

When the alt-right movement emerged during the 2016 presidential election, Yiannopoulos wrote a lengthy description and defense of the alt-right, emphasizing that “The amount of column inches generated by the alt-right is a testament to their cultural punch. But so far, no one has really been able to explain the movement’s appeal and reach without desperate caveats and virtue-signaling to readers.”

Alt-righters aren’t really racist, Yiannopoulos insisted at the time. They were inherently contrarian. They trolled. They were intentionally outlandish. He even compared them to heavy metal-loving teenagers in the 1980s pretending to be devil worshippers because it was edgy and dangerous.

“Part of this is down to the alt-right’s addiction to provocation,” Yiannopoulos explained six years ago. “The alt-right is a movement born out of the youthful, subversive, underground edges of the internet… For years, members of these forums – political and non-political – have delighted in attention-grabbing, juvenile pranks.”

Fuentes is clearly a racist and antisemite and revels in it. But the reveling is also key. It’s what they do. I can’t really figure out if Fuentes thinks the Holocaust didn’t happen or knows it’s the most outrageous thing he can say, with his likely primary interest being the latter.

The obvious problem with using white nationalism and antisemitism to be provocative for its own sake is that it’s very easy for impressionable minds, particularly younger people who are drawn to these figures, to become bigots themselves, thus damaging their reputations and careers long before they reach intellectual maturity. These are weighty issues your average 21-year-old might not be equipped to wrap his head around.

This is exactly what I argued with Yiannopoulos about in the spring of 2016, when the alt-right promoter insisted I had the movement all wrong. It wasn’t really racist, he argued. It was all in good fun.

The tragic Charlottesville “Unite the Right” protest would happen fifteen months later, when participants “provoked” with Nazi regalia, racial slurs and a woman lost her life when a white supremacist ran her over with his car.

Years later, host Tim Pool speculated about the Ye walkout, “Now I have no idea what their plan was. Maybe just trolling, fun, notoriety?”

Pool then wondered whether his guests’ appearance on his show was about an exchange of ideas or just a stunt.

“That’s why when people are like ‘they staged it,’ I’m like ‘okay maybe,” Pool said. “Think about this. As I stated earlier. If they stayed on the show and said things that everyone already knew they thought, what’s the story? If they get up and storm out, the story was put up on the internet within a minute of it happening, ‘Ye storms out of interview.’”

“And they never got their ideas challenged or questioned,” co-host Luke Rudowski noted.

In any context, the basic racism and antisemitism Ye and his new friends spew is bad. But when observers wonder why a white nationalist like Fuentes is in league with a famous black man, well, what could be more contrarian than that? His name and brand are being promoted more than ever. Just ask Donald Trump.

If you’re Yiannopoulos, and your last attention-hungry stunt involved being a gay man who declared that he had become “ex-gay,” “sodomy-free” and was now promoting gay conversation therapy, why wouldn’t someone question the legitimacy of your newfound devotion to Jew hate?

The most believable of this alt-right bunch, or at least alt-right adjacent, is Ye. A rich and famous man who needs zero brand promotion or attention but seems addicted to it anyway, he has been seemingly abandoned by those who know him and loved him. It’s sad. It’s also likely entirely his fault.

But let’s face it: Kanye West has been trolling everyone for years, at least since he bizarrely interrupted Taylor Swift during the 2009 MTV Video Music Awards.

Forever starved for attention, Nick Fuentes and Milo Yiannopoulos are getting the most they ever have by riding Ye’s coattails. They will no doubt echo any horrible thing he says to keep that spotlight burning for as long as possible.