A summer of violence has left even jaded Swedes reeling 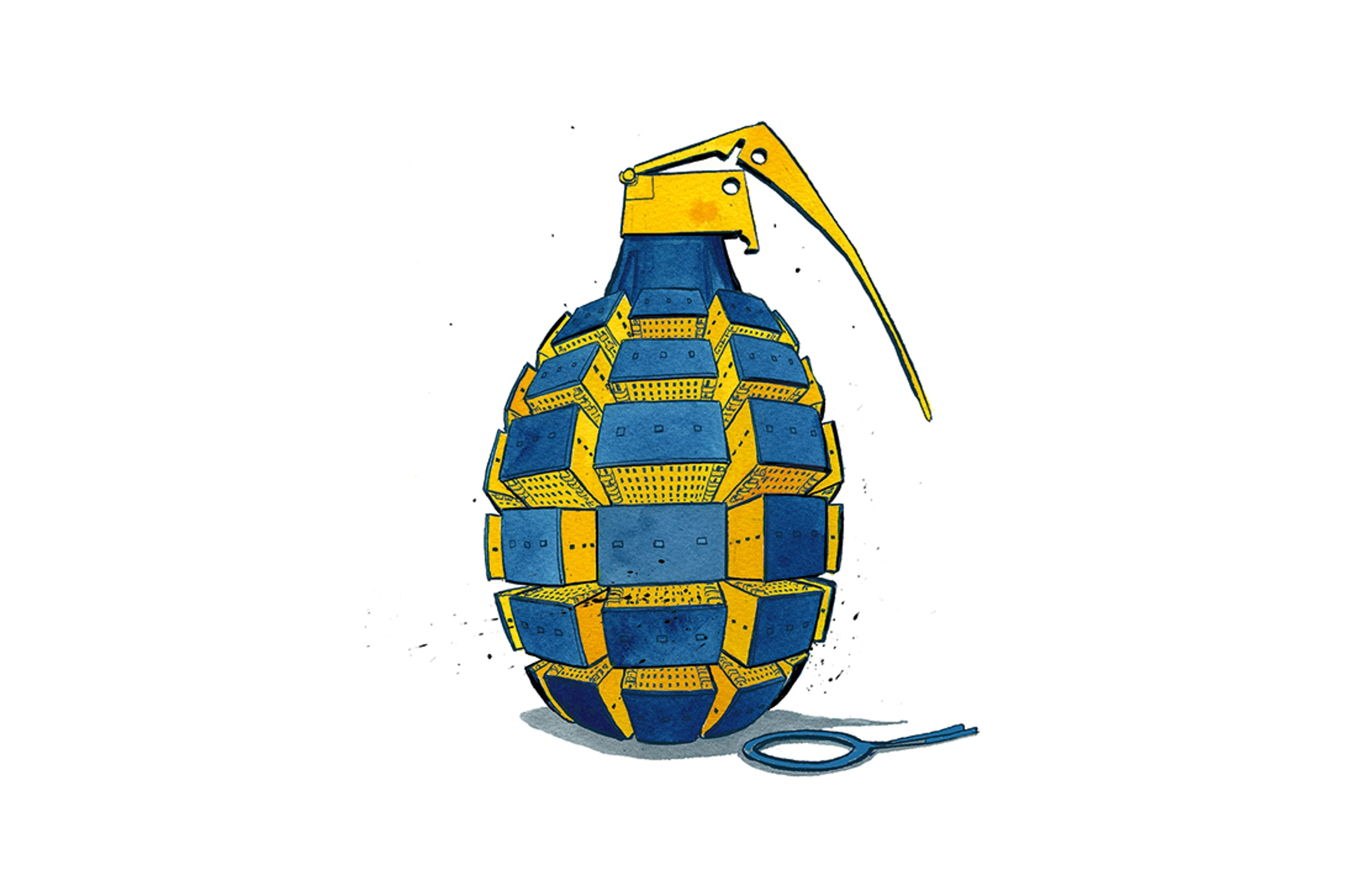 Stockholm‘We have an obvious problem,’ admitted the Swedish prime minister Stefan Löfven recently. He was referring not to the COVID pandemic, but to a summer of crime that has left even jaded Swedes reeling in disbelief. There are regular bombings, hand grenade attacks and shootings. Young men are killing each other at a horrific rate — 10 times that of Germany. The feeling is growing that the government has completely lost control. Yet, while Löfven has finally acknowledged the existence of the problem, he still seems in denial about its true nature.Last month in Botkyrka,...

‘We have an obvious problem,’ admitted the Swedish prime minister Stefan Löfven recently. He was referring not to the COVID pandemic, but to a summer of crime that has left even jaded Swedes reeling in disbelief. There are regular bombings, hand grenade attacks and shootings. Young men are killing each other at a horrific rate — 10 times that of Germany. The feeling is growing that the government has completely lost control. Yet, while Löfven has finally acknowledged the existence of the problem, he still seems in denial about its true nature.

Last month in Botkyrka, south of Stockholm, a 12-year-old girl walking her dog was killed by a stray bullet from a gang shooting — and in a TV interview her friends explained that shootings are simply part of daily life in their neighborhood. One child said that she hears gunfire from her bedroom window almost every night. And this is perhaps what’s most shocking for older Swedes: how resigned the children in these areas are; how much they’ve grown used to the violence.

It is all too much for Mats Löfving, the deputy national police chief, who earlier this month decided to speak plainly about the nature of the criminals he and his colleagues are fighting. There are at least 40 family-based criminal networks — or clans — in Sweden, he confirmed: immigrants who came to the country ‘solely for the purpose of organizing and systematizing crime’. According to Löfving, they make their money through drug-trafficking and extortion and ‘have a great capacity for violence’.

The interview was a bombshell. The prime minister has always tried to talk about crime as a socioeconomic problem — and he stuck to this line in response to Löfving, saying that ‘I do not want to link crime to ethnicity’. — a government mantra which insinuates that even asking questions about the link between crime and immigration is xenophobic. But the issue, of course, is not skin color. It’s about the problem of an imported type of crime: families from non-Swedish cultures who stay in their own circles and prey on Swedes of all ethnicities. These are people who have set up parallel systems of government that challenge the Swedish state — something that politicians cannot bring themselves to acknowledge.

Conflicts between rival criminals last month escalated to a point where gangs took an unparalleled move to establish their dominance. Masked and armed men set up roadblocks, and controlled cars entering certain neighborhoods in Gothenburg. Streets were deserted as the gangs ordered residents to stay inside. The headmaster of a local school put it bluntly: ‘Checkpoints controlled by criminal militia are something I last saw in Afghanistan. I never thought it would become a reality in Sweden.’ Meanwhile, home visits from doctors have been suspended in the area for safety reasons; and staff from care services for the elderly and disabled are being escorted on their rounds by security guards.

The government’s solution to problems like these has long been to deny that they are there. When people began to talk about ‘no-go zones’ a few years ago, the phrase caused so much anxiety in official circles that the crime spots were dubbed ‘go-go zones’ in a PR initiative. For years, the government’s position, as well as the narrative reiterated by large parts of the media, has been that the notion of rising crime is some kind of fake news. Based on this idea, the state has set up a PR budget and employed staff to write ‘fact-checking’ posts to deny international reporting about what’s going on. One of the ‘myths’ busted is that shootings have increased.

Only weeks ago, Löfven famously claimed that even if there were a crime problem, it was nothing to do with immigration. Annie Lööf, leader of Sweden’s Center party, says that ‘many of these gangs and their families have been in Sweden for decades’ — as if this would contradict the notion that immigration and failed integration is a root cause of the problem. Löfven has even pointed to upper-class youths in a small suburb of Stockholm as an explanation for gang murders, maintaining that rich kids’ consumption of recreational drugs is creating a demand that leads to shootings in poorer areas. Can he really think that drug abuse among a small fraction of the country’s youth explains why there are ten times more gang murders in Sweden than in neighboring countries?

But although it is willing to scapegoat affluent teenagers, the government has so far remained silent about the changing nature of the crime, some of it so grotesque that it’s hard to discuss. At the end of August, two teenage boys were abducted, raped and abused for hours at a cemetery outside Stockholm. When police found them they had been stabbed and buried alive in a pit. Somehow they survived.

These deplorable acts of aggression now have a name in Sweden. So-called ‘humiliation robberies’ are on the rise, and the victims are often children and young people who are not just mugged — mainly by immigrant youths — but also subjected to all kinds of horrifying and degrading treatment.

Because of the threat to children, Swedish parents are beginning to wake up. They’re beginning to realize that their children are not growing up in the low-crime country they themselves knew — and they feel that the time to talk honestly about it has long since arrived.