Setting the record straight on the Latin Mass

Pope Francis is cracking down on a liturgy that converted Shia LaBeouf, of all people 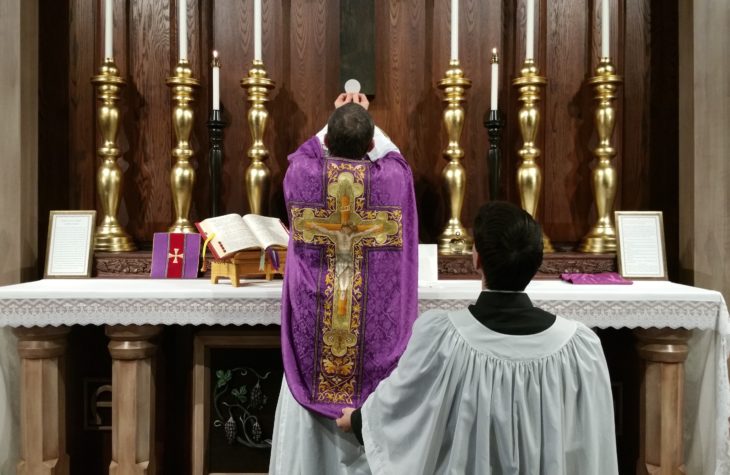 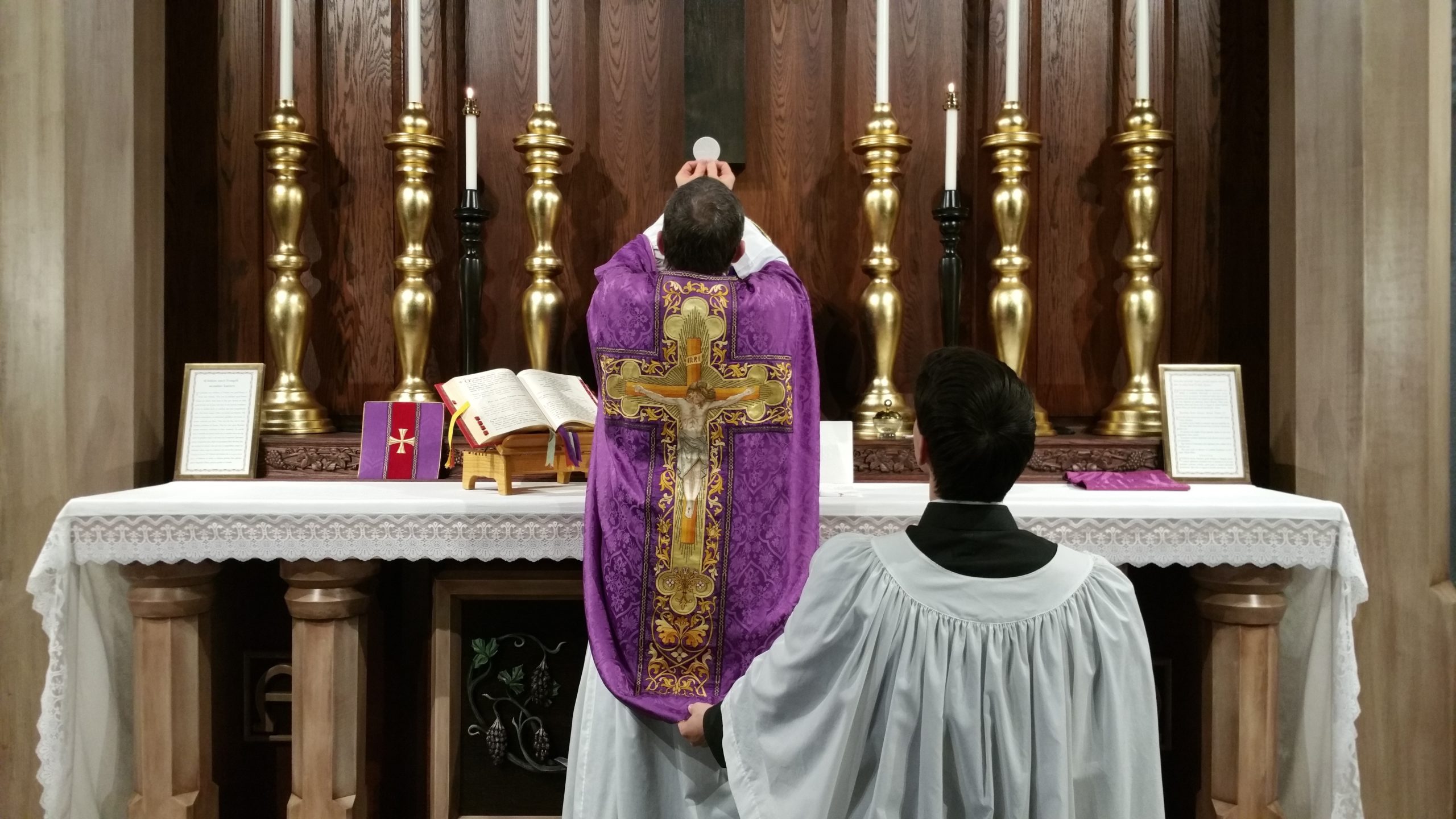 Setting the record straight on the Latin Mass

Actor Shia LaBeouf is known for being pretty…let’s call it outlandish. The “controversies” section on his Wikipedia page is hefty. He comes off in interviews as intense, impulsive, and potentially explosive (he once reportedly made a fan cry because she asked for his autograph). He’s being sued by his ex-girlfriend over abuse allegations and just welcomed a child with his on-again-off-again wife. Then there’s his full-torso tattoo.
Now, LaBeouf is back in the headlines, but for once it isn’t for anything “scandalous” (despite what Slate might claim). LaBeouf announced in an interview with Bishop Robert Barron that...

Actor Shia LaBeouf is known for being pretty…let’s call it outlandish. The “controversies” section on his Wikipedia page is hefty. He comes off in interviews as intense, impulsive, and potentially explosive (he once reportedly made a fan cry because she asked for his autograph). He’s being sued by his ex-girlfriend over abuse allegations and just welcomed a child with his on-again-off-again wife. Then there’s his full-torso tattoo.

Now, LaBeouf is back in the headlines, but for once it isn’t for anything “scandalous” (despite what Slate might claim). LaBeouf announced in an interview with Bishop Robert Barron that he has converted to Catholicism because of what he experienced at Traditional Latin Mass (TLM), the divine liturgy Pope Francis is continually trying to suppress.

There are a lot of misconceptions about TLM. As a practicing Catholic who often joins my parents for TLM, I’d like to correct some of the errors the media continually perpetrates about the Mass. 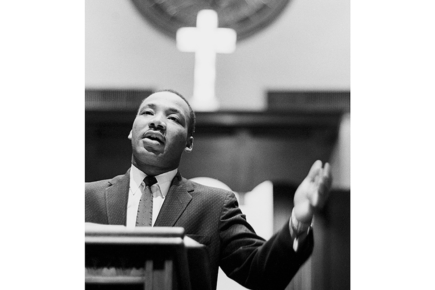 For starters, neither the TLM nor the traditionalists who prefer it are “deeply toxic” (Slate again). Every TLM I’ve been to, most notably Mater Dei parish in Irving, Texas, feels as if you’re stepping back in time to the 1950s. The packed churches are full of well-dressed families, pregnant women, babies in arms, elderly women in hats, older gentlemen in in suit jackets, and single people scattered throughout. After most Masses, there is a social gathering of some sort — a parish breakfast, chicken dinners, coffee and donuts, etc. Kids run around; adults chat. The priest appears in the parish hall and is besieged by grown-ups eager to talk to him, while little ones tug at his robes and hug his legs. It’s joy-filled chaos and is about as far from “toxic” as anything I can imagine.

TLM is a valid, legitimate form of the Mass and was the standard liturgy beginning with the Council of Trent (1545) and lasting until the Second Vatican Council essentially banned it in 1962. Then, in 2007, Pope Benedict XVI released his motu proprio Summorum Pontificum, lifting restrictions on TLM. USA Today reported in 2015 on the TLM’s resurgence:

In 2007, Pope Benedict XVI formally allowed the majestic Latin Mass to be more accessible to congregations. Since then, participation has mushroomed.

“Interested Catholics now realize it’s not some peculiar thing tucked away in an embarrassed corner,” said Joseph Shaw, chairman of the Latin Mass Society based in the United Kingdom. “Once they’re in the door, the Mass speaks for itself.”

Many enthusiasts of the Latin Mass are too young to recall when it was the standard for Catholic churches.

“There is a movement among young Catholics to know, discover and preserve their Catholic heritage, and the traditional Latin Mass fits in with that,” said Joseph Kramer, a Rome-based priest and longtime advocate of the Latin Mass. “I think they are drawn to the liturgical richness of the past.”

Though figures on attendance at Latin Masses are not available, there is evidence interest is growing. The International Una Voce Federation, lay groups associated with the Latin Mass, said member organizations are growing in all parts of the world.

TLM continues to flourish, especially among the young. Father Donald Kloster of the diocese of Bridgeport, Connecticut, surveyed TLM attendees aged 18 to 39 and found that 98 percent of them attend Mass weekly, while a recent Gallup survey found that only 25 percent of all Catholics aged 21 to 29 attend Mass weekly. What’s more, as John Daniel Davidson has noted at the Federalist, TLM attendees are more likely to believe what the church teaches. A “wait, what?!” moment, yes, but consider:

The vast majority of Catholics in America today reject central tenets of the faith. A 2019 Pew survey found that nearly 70 percent of American Catholics reject the doctrine of transubstantiation, which says the bread and wine used in Holy Communion become, during Holy Mass, the body and blood of Jesus Christ.

By contrast, polls in recent years have shown that those who regularly attend Latin Mass adhere much more closely to Catholic teaching, including on matters like abortion, gay marriage, and contraception, compared to Catholics who attend the Novus ordo rite that was established in vernacular languages in 1970, after the liturgical reforms of the Second Vatican Council.

One national survey of Latin Mass attendees, conducted by Fr. Donald Kloster in 2018, found that only 2 percent approve of contraception, compared to 89 percent of Novus ordo attendees. On approval of abortion, the split was 1 percent compared to 51 percent. On gay marriage, 2 percent to 67 percent. The same survey found parishioners at Latin Mass have on average nearly 60 percent larger family sizes, donate on average five times more, and attend weekly Mass at 4.5 times the rate of Catholics who attend the Novus ordo rite.

Yet for reasons that baffle the faithful, Pope Francis, whose first taste of Catholicism, based on his age, was presumably at TLM, has issued two decrees — one last year and another just last month — cracking down on TLM and reversing Pope Benedict’s edicts. The pope alleges TLM is divisive, but how can a liturgy that stands firmly against modernity, attracting new attendees at a rate not seen at Novus Ordo Masses or any other Christian church service, and one that’s converted Shia LaBeouf, of all people, ever be considered “divisive”? If more people are coming to Mass and accepting the teachings of Catholicism, why would Pope Francis try to restrict the mechanism that’s drawing them into the flock?

Some are skeptical of LaBeouf’s purported “conversion,” chalking it up to a publicity stunt or another one of his erratic antics. But if you take time to listen to his story, LaBeouf’s reasons for embracing Catholicism and TLM are relatable to anyone who’s ever attended the divine liturgy.

LaBeouf, like so many others, is moved by the reverence of the priest with his back to the congregation, the sacred silences, the solemn chants, how the fragrant incense lends mystery and symbolically takes our prayers to heaven. Modern Catholics are making it clear they don’t come to church for catchy one-liners are cute jingles. We are attracted to the unchanging doctrine, and in TLM, want to be transported to a completely different place — one with an eternal language, unabashed confidence in the truth, and the most poignant sentiments ever devised by man. Every second of the Mass is thoroughly thought-out, sodden with history and metaphor, and powerfully personal.

“Latin Mass affects me deeply, deeply,” LaBeouf said. “Because it feels like they’re not selling me a car.”

Yet Pope Francis’s determination to take away a liturgy that invigorates the souls of so many persists. Again, why? R. Emmett Tyrrell Jr. makes this observation:

I have always thought that my friends who have insisted that Francis is a liberal or even a socialist were being a bit extreme. I thought it was unfair to stigmatize the pope in this way, but by eliminating an alternative form of worship — not even for theological reasons but for the sake of conformity — that certainly sounds like cancel culture to me. What would you call a man who practices cancel culture but a man of the left?