Rise and rise of the San Francisco Democrat

Don’t believe the hype. Kamala Harris is radical and rude 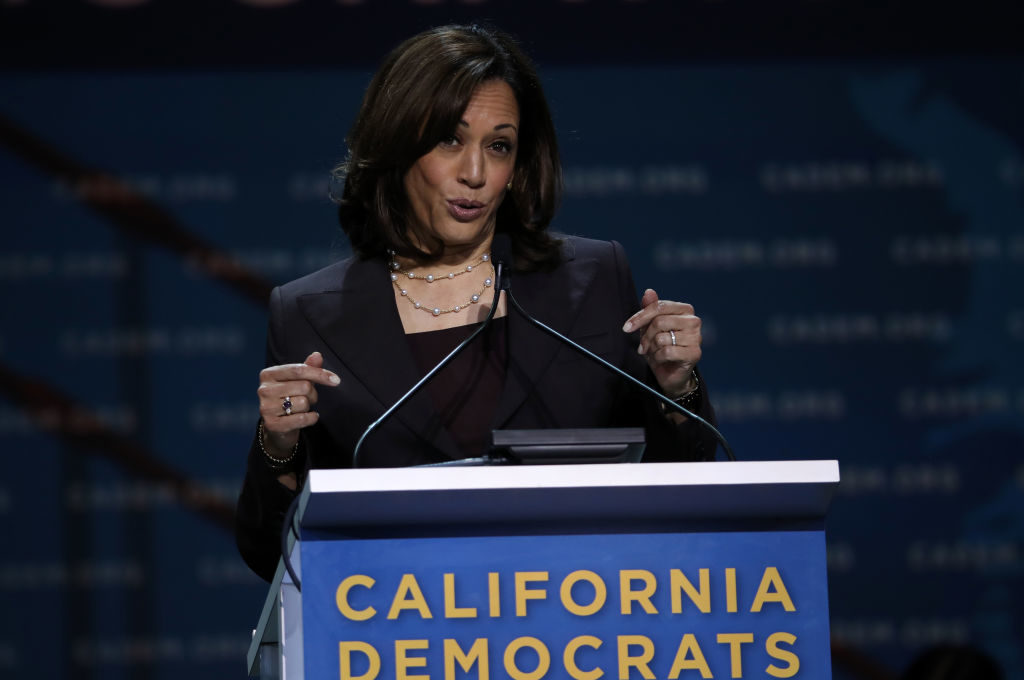 Rise and rise of the San Francisco Democrat

Kamala Harris’s selection as the Democratic vice presidential nominee has been touted as the remarkable success story of a daughter of immigrants from India and Jamaica. It is that. But it also represents the dramatic ascendency of a subset of the Democratic party that used to be dismissed as the ‘loony left’ of politics: the ‘San Francisco Democrats.’

The phrase ‘San Francisco Democrat’ was coined by Jeane Kirkpatrick, Ronald Reagan’s UN ambassador, who brandished it as a weapon at the 1984 GOP convention in Dallas. San Francisco was where the Democrats nominated Walter Mondale to challenge...

Kamala Harris’s selection as the Democratic vice presidential nominee has been touted as the remarkable success story of a daughter of immigrants from India and Jamaica. It is that. But it also represents the dramatic ascendency of a subset of the Democratic party that used to be dismissed as the ‘loony left’ of politics: the ‘San Francisco Democrats.’

The phrase ‘San Francisco Democrat’ was coined by Jeane Kirkpatrick, Ronald Reagan’s UN ambassador, who brandished it as a weapon at the 1984 GOP convention in Dallas. San Francisco was where the Democrats nominated Walter Mondale to challenge Reagan. Kirkpatrick, who knew something about leftism as a college member of the Young People’s Socialist League, blasted the Democrats who abandoning the centrist policies of Harry Truman and John F. Kennedy and blaming America for the world’s ills. The indictment stuck and Reagan romped to a 49-state landslide over Mondale.

How times have changed. As Politico reports: ‘The very issues that once defined San Francisco as the lefty fringe of the Democratic party are now close to the center of the party’s national platform.’

Indeed, in many ways San Francisco Democrats dominate the party in a way I never thought possible when I was growing up in the Bay Area.

Nancy Pelosi rules the House as an iron-fisted Speaker. Dianne Feinstein, a former mayor, has been the state’s senior senator for over a quarter-century. Everyone believes Gavin Newsom, the current governor of California, will run for president someday, fueled by the campaign cash of Silicon Valley’s tech titans. And now Kamala Harris is on the threshold of becoming vice president to Joe Biden, a 78-year-old man whom few expect will run for a second term if he’s elected.

The New York Times has tried to rehabilitate Harris by labeling her a ‘pragmatic moderate’, which made Democrats I know in San Francisco snicker. It’s true that Harris escaped being tagged as a liberal for many years. Her career as a prosecutor insulated her from a great deal of criticism. She didn’t cast a single vote on any legislation until 2017, when she was sworn in as a US senator.

But as soon as Harris landed in the Senate it became clear where her heart was. The government watchdog site GovTrack.us ranked all senators by their ideology and found Harris was more liberal than even Bernie Sanders, the self-avowed Vermont socialist. The analysis also showed that in 2019, Harris joined bipartisan legislation ‘the least often compared to Senate Democrats’.

Indeed, Harris and Sanders often appeared to be in symbiosis according to fellow senators. ‘Harris co-sponsored Bernie’s “Medicare For All” plan before she was against part of it,’ Sen. Ted Cruz of Texas told me. ‘She modeled her tax plan after Bernie’s and both of them wanted to give every US citizen $2,000 a month during the coronavirus crisis.’

But little of this is reported. In terms of media coverage, Harris is getting the Full Obama homage treatment. She was celebrated the night she was elected senator in 2016 for quickly pivoting to attacking the new President-elect and used the word ‘fight’ 33 times in just eight minutes of remarks.

Harris rubs all the liberal erogenous zones. She has a law enforcement background but with a decidedly liberal twist. In 2004, as San Francisco DA she refused to seek the death penalty against a man accused of killing a police officer. She stood in solidarity with the Black Lives Matter movement, whose co-founder Patrisse Cullors described herself and fellow co-founder Alicia Garza as ‘trained Marxists’.

Since she suspended her own presidential campaign in December 2019, Harris has moved even further away from her prosecutorial past. Lara Bazelon, a professor at the University of San Francisco School of Law, who criticized Harris’s record as California attorney general, told Reuters that Harris has made an ‘important shift’ on criminal justice since the killing of George Floyd.

‘She got a good, hard shove to the left. I really hope she seizes that moment and resists the urge to drift toward safety and the center,’ Bazelon said.

The one point at which Harris might be called out on her ‘shove the the left’ will come when she debates Vice President Mike Pence in the fall. You can expect two things from that debate.

First, that Harris will be rude. In 2018, she hectored and frequently interrupted Supreme Court nominee Brett Kavanaugh during his confirmation hearings. She also used her perch on the Senate Intelligence Committee to badger then-Attorney General Jeff Sessions and Deputy Attorney General Rod Rosenstein, who had served under President Obama as a US Attorney for eight years.

Her behavior was so rude it prompted a rebuke from the late Sen. John McCain, himself no stranger to Senate incivility. Committee chair Richard Burr had to admonish Harris to allow the witnesses to answer her questions. Harris was clearly playing the role of a bully in order to establish her image as a ‘fighter’.

Second, you can expect the media to excuse her behavior and cheer her on. After her Intelligence Committee performance, reporters cast her GOP critics as holders of white privilege shutting a brave woman down. The New York Times headline even read: ‘Kamala Harris Is (Again) Interrupted While Pressing a Senate Witness.’

Donald Trump has frequently — and properly so — been criticized for outrageously breaking the rules of civility and berating others. In an ironic twist, Democrats have decided to nominate their own version of a Trumpish pit bull in their campaign to rid Washington of Trump-like behavior.