Sacrificing the Uighurs to the Olympics 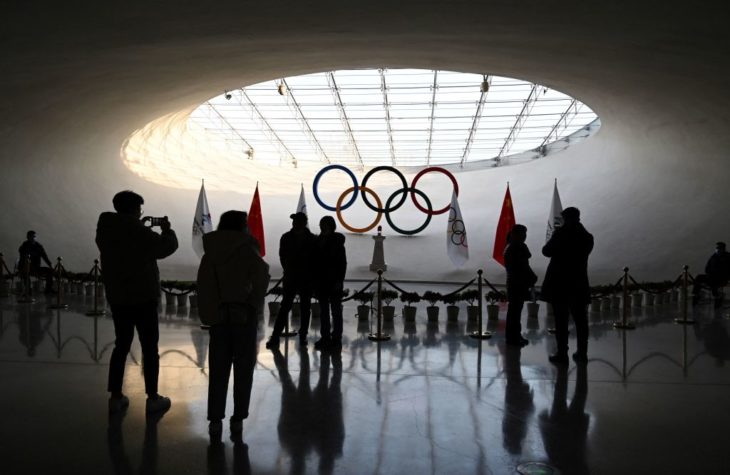 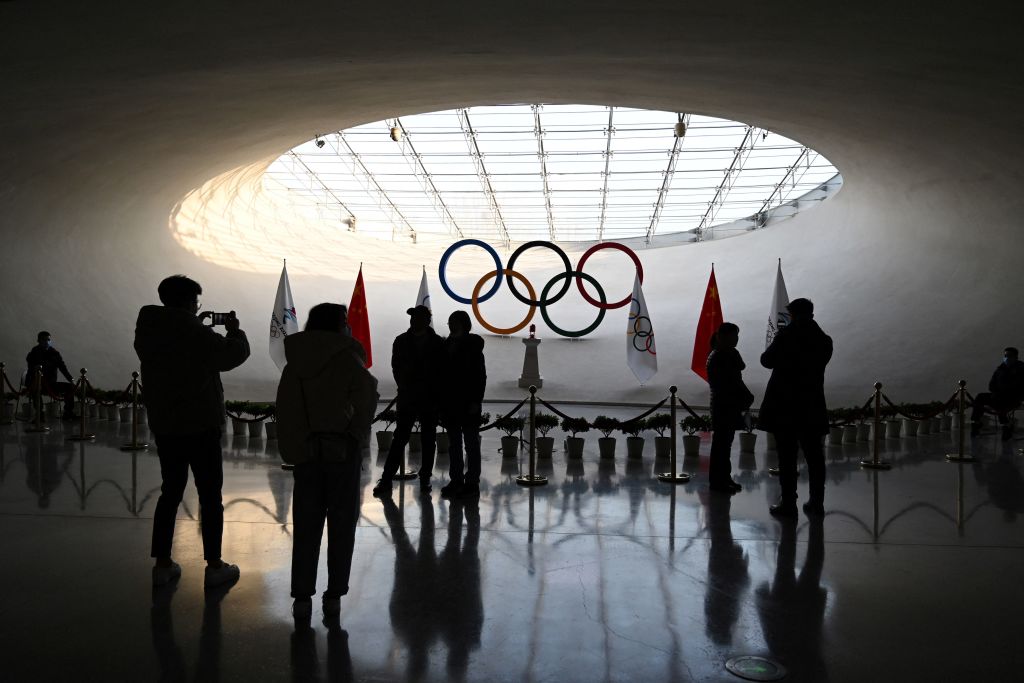 Sacrificing the Uighurs to the Olympics

It’s hard to say what was most distressing about the opening days of the Beijing Winter Olympics.

The lament of the athletes “injured” by the swabs inserted into their noses for Covid testing?

French speed skater Gwendoline Daudet’s anguish under the bubble after she was eliminated from the mixed relay?

The embarrassing spectacle of Uighur skier Dinigeer Yilamujiang lighting the snowflake-shaped Olympic cauldron under the gaze of Xi Jinping, an image that the spokespersons of the International Olympic Committee found “charming”?

It’s hard to say what was most distressing about the opening days of the Beijing Winter Olympics.

The lament of the athletes “injured” by the swabs inserted into their noses for Covid testing?

French speed skater Gwendoline Daudet’s anguish under the bubble after she was eliminated from the mixed relay?

The embarrassing spectacle of Uighur skier Dinigeer Yilamujiang lighting the snowflake-shaped Olympic cauldron under the gaze of Xi Jinping, an image that the spokespersons of the International Olympic Committee found “charming”?

The fact that, unlike in Berlin in 1936 or Moscow in 1980, the matter of a boycott was scarcely mentioned, as “it was shown” that the topic would have a “negative impact” on the athletes’ morale?

Or the ubiquitous commentary about the Games’ disastrous effect — not on human rights — but on the carbon footprint of these Olympic displays of technical prowess and artifice, this laboratory experiment of Chinese biopolitics run amok, and the 85 million liters of water shot through 350 snow cannons set up in arid Yanqing District?

It is hard to know, in each of these cases, whether to incriminate the cowardice, blindness, or cynicism.

But the morbid pact between the strong pro-China lobbies and the weak democracies is astonishing and despicable.

This is the core of the problem.

The 2022 Winter Games will have been played at the expense of the muzzled demonstrators of Hong Kong, the immolated monks of Tibet, and the crimes against humanity afflicting the Uighur minority in Xinjiang.

I say crimes against humanity only because, on principle, I hesitate to use the word genocide.

But ultimately it amounts to the same thing.

China’s policy of repression within its majority Muslim province is no longer a matter of debate with well-documented evidence and testimonies.

For how else are we to describe the confinement of one to three million people in reeducation camps captured in satellite images?

What other name should we give the roundups detailed in the official records of Karakax, a district in southern Xinjiang at the edge of the Taklamakan desert, which lists persons guilty of wearing a beard, of applying for a passport and then not using it, of having a family member living abroad, or, simply, of not “inspiring confidence”?

And what can be said about a birth control policy that, in order to achieve a demographic rebalancing between the Han and Uighur populations, sterilizes women, then, when that is not enough, forces them to undergo abortions?

If that is not genocide, it is certainly a genocidal situation.

Or, if one wishes to err on the side of caution, an ethnic cleansing on the scale of an entire people.

That this mass crime for the moment resembles less the extermination of the Tutsis in Rwanda than the targeting of the Five Black Categories by assassins of the Maoist era does not change anything.

A gradual destruction is underway.

To have shut our eyes to its advance will remain the great scandal of these Olympic Games and, beyond that, an immense source of shame for our time.

Optimists will say that the Olympics create opportunities to hear from whistleblowers, like my young comrade, French member of the European Parliament Raphael Glucksmann, as they cried out in the desert.

They will note that France’s National Assembly chose this moment to recognize, almost unanimously, with the exception of the extreme left wing, the immensity of the crime.

It will also be observed that in the United States, the period before the Games saw the coming together of legislators like Congressman Michael Waltz and Senator Marco Rubio along with advocates of the Uighur cause like Turkish-born professional basketball player Enes Kanter Freedom, columnists like Josh Rogin, experts like Nury Turkel and his fellow members of the United States Commission on International Religious Freedom, all raising their voices.

It saw the mobilization of Jewish communities of all stripes, reminding us that remaining faithful to the memory of the Holocaust means heeding the alarms announcing the possibility of the return of the Beast; or the appeal that I, with Natan Sharansky, Elisha Wiesel and the Elie Wiesel Foundation, launched from New York.

But all this remains fragile.

And I fear that nations choosing to win medals while losing their souls may quickly return them to the fearful sleep that is second nature to them.

Powerlessness is an idol we adore with growing fervor.

The spirit of appeasement, which had been the prerogative of continental Europe, is becoming a characteristic of the spirit of the world.

And when we see how the major Muslim countries — from Iran to Egypt, from Indonesia to Pakistan and even Turkey, which two years ago signed a villainous extradition treaty with Beijing — have themselves weighed the matter on their balance sheet with a powerful China, one must fear the worst.

Will we sacrifice the Uighurs on the altar of Chinese imperialism?

Will they be the scapegoats of globalization’s terminal phase?

And everything must be done to prevent it.