How the right fell out of love with markets 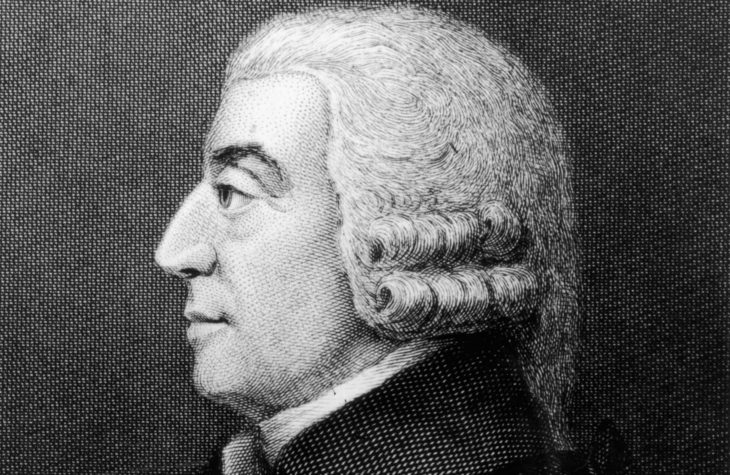 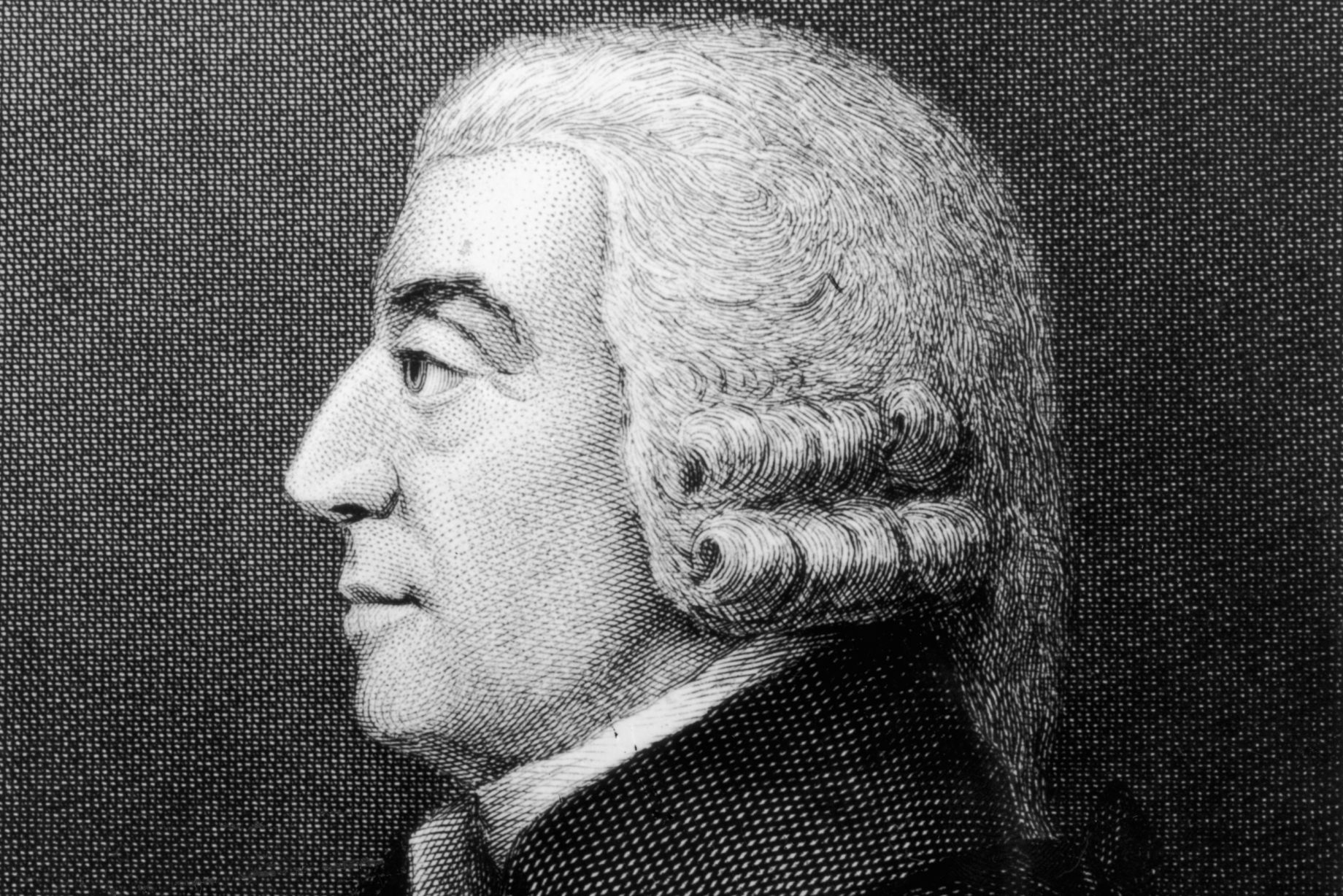 How the right fell out of love with markets

In December 2016 I was speaking at a conference in London. Much of the discussion, unsurprisingly, gravitated toward Donald Trump’s recent election as president. It meant, I noted, that an outspoken free-trade skeptic would be in the White House. At that point a bright young French economist turned to me and said, ‘Mon ami, I thought that free trade was a done deal on the right. Apparently, it isn’t.’

As it turns out, it wasn’t just free trade that much of the American right was on the brink of rejecting. A systematic questioning of the central...

In December 2016 I was speaking at a conference in London. Much of the discussion, unsurprisingly, gravitated toward Donald Trump’s recent election as president. It meant, I noted, that an outspoken free-trade skeptic would be in the White House. At that point a bright young French economist turned to me and said, ‘Mon ami, I thought that free trade was a done deal on the right. Apparently, it isn’t.’

As it turns out, it wasn’t just free trade that much of the American right was on the brink of rejecting. A systematic questioning of the central place assumed by free markets in conservative thought and policies since the 1970s, in the United States and the broader Anglosphere, was well underway. Today many of the market economy’s most vocal critics are to be found on the American right.

At war with those they label ‘market fundamentalists’, conservatives writing in publications like American Affairs and the American Mind insist that America’s domestic wellbeing and its security in the world require extensive use of industrial policy, tariffs, regulation and direct subsidies, especially for families. 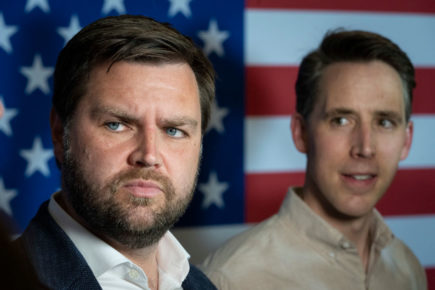 Some American conservatives have even claimed that the future lies with alternatives like a European-style corporate state. At further extremes, Chinese-style state capitalism or some version of autarky are proposed as models for America. In some instances, conservatives push policies — mandating seats for employees on company boards, for example, or raising the minimum wage — that bear more than a passing resemblance to positions long advocated by Bernie Sanders and Elizabeth Warren.

The radical character of these shifts has left many market-friendly conservatives and classical liberals aghast, wondering why the free-market ideas embraced with gusto by conservative icons like Ronald Reagan and Margaret Thatcher have fallen out of favor so quickly. The truth, however, is that the influence of market liberalism has always waxed and waned on the Anglosphere’s right.

In his 1998 book The Changing Fortunes of Economic Liberalism, the British economist David Henderson showed that there has been no consistent trend to economic liberalism since Adam Smith’s Wealth of Nations was published in 1776. Both the climate of opinion and economic policy, Henderson illustrated, have swung regularly between economic liberalization and dirigiste policies throughout most western nations. Most conservatives, he commented, had rarely bucked the trend, whichever direction it was heading. From this standpoint, we are presently witnessing yet another swing of the pendulum.

Nor should we discount the fact that there has never been a shortage of Anglo-American conservatives with skeptical views of markets. At different times, they have exerted considerable influence upon conservative thought and mainstream conservative parties.

Until the mid-1970s, for example, free-marketers were a distinct minority in Britain’s postwar Conservative party. The same was true of the conservative coalition in Australia. While market liberals rose to prominence in the 1980s and 1990s, it’s unclear how much influence free-marketers presently exert in either country. Though conservative governments in Britain and Australia remain keen on free trade, there doesn’t appear to be any passion for winding back state intervention at the domestic level.

Despite the broad postwar commitment to free trade in successive presidential administrations, market liberals took a long time to get traction in the Republican party. The Eisenhower, Nixon and Ford administrations made little effort to challenge the neo-Keynesian consensus that reigned in America’s leading economic institutions, let alone to overturn New Deal or Great Society programs. ‘We’re all Keynesians now,’ proclaimed Richard Nixon in 1971.

It’s worth remembering that the first Republican president, Abraham Lincoln, called himself an ‘old Henry Clay Tariff Whig’ in 1859. For several decades after the Civil War, the Republicans were the party of protectionism. Donald Trump’s self-description as ‘Tariff Man’ is actually consistent with these older Republican traditions, to which many market-skeptical conservatives now relentlessly draw attention.

Viewed against this historical background, the current conservative disenchantment with markets should seem less strange to those puzzled by these developments. But some other factors are also at work.

One is the way in which ‘free markets’ have become associated in many conservatives’ minds with domestic and international problems facing America, ranging from the rise of a China which plainly has ambitions to displace America in the Asia-Pacific to the economic and social problems assailing blue-collar America.

Market-skeptical conservatives insist, for example, that free trade has led to America’s deindustrialization. This, the argument goes, has had disastrous effects upon manufacturing, and these have redounded on the well- being of working-class America.

In response to such claims, free-marketers point out that America is not in fact deindustrializing. While the numbers employed in American manufacturing have declined, real production increased by 180 percent between 1972 and 2007, and had rebounded to pre-Great Recession levels by 2019.

More generally, as the economist Russ Roberts has pointed out, the notion that America has wandered down the path of market fundamentalism since Reagan was elected just doesn’t match the evidence.

Yes, tariffs have generally fallen. But American state spending on healthcare and welfare, government expenditure as a percentage of GDP, and the number of pages in the Code of Federal Regulations have all grown for decades. In the Heritage Foundation’s recently released 2021 Index of Economic Freedom, the United States received its lowest ranking ever. If markets in America are nowhere near as free as supposed, how can ‘market fundamentalism’ be blamed for America’s woes?

Such facts, however, are somewhat beside the point. What matters is that markets and free trade are regarded by many conservatives as significant contributors to the well-documented social pathologies that characterize blue-collar America, whether it’s opioid abuse or precipitous declines in such classic predictors of social well-being as marriage rates.

This raises an awkward question: why are market liberals presently proving ineffective in conveying to conservative audiences the gap between reality and some conservative thinkers’ portrait of American economic life? If the benefits of markets are so manifest and the failures of government activism so obvious, why don’t more conservatives see them?

One obstacle is language and, relatedly, mindset. The terminology deployed by many market liberals — efficiency, utility and so on — is a way of describing and quantifying aspects of human action and behavior. But the unremitting use of such phraseology by many contemporary market liberals, accompanied by their often-unstated assumption that the only valid form of knowledge is empirical, conveys the sense that they must be at heart utilitarians, not especially interested in the world outside supply and demand.

Few things are more alien to the conservative mind than raw utilitarianism and economistic outlooks. Moreover, while conservatives will happily acknowledge the importance of empiricism to understanding important aspects of life, they also stress that it’s not the only way to know the truth.

Since 1947, the international flagship of the free-market movement has been the Mont Pelerin Society. At a meeting in 1970, one of its founding members, the Fortune magazine journalist and avowed free-marketer John Davenport, warned the assembled audience that if market liberals didn’t move beyond their economic comfort zones, they would struggle to persuade those whose support they required if they wanted free-market convictions translated into policy. Market liberals must, Davenport insisted, ‘make room for what some of our conservative friends have long been urging — namely that the end of man is not just the pursuit of pleasure but of something quite different — the pursuit of excellence, the pursuit, let us say it, of virtue.’

Two years later, Irving Kristol expressed a similar view at another Mont Pelerin meeting. No longer on the political left, Kristol was fully convinced that markets were superior to planning. But, he told the conference attendees, too many advocates of markets relied implicitly or explicitly on a libertarian social philosophy that, Kristol claimed, had ‘too limited an imagination when it came to vice’. This outlook, Kristol added, ‘never really could believe that vice, when unconstrained by religion, morality, and law, might lead to viciousness’.

Though Kristol made this observation almost 50 years ago, I think it gets fairly close to why many conservatives have become so critical of today’s market liberals. Of course, many advocates for markets, past and present, have thought seriously about the social, political and legal frameworks they require. Some have even arrived at conclusions about these matters which would be conventionally described as conservative. But many conservatives evidently believe that when it comes to questions of ethics or law’s role in public morality, too many free-marketers can’t get beyond economistic answers or fideistic invocations of what Isaiah Berlin called ‘negative liberty’. Judging from some notable libertarians’ Twitter feeds, the doubters have a point.

Is there any hope of getting the band back together? Not, I’m afraid, for the foreseeable future.

Market liberals find what they see in some conservatives — disdain for economic facts, a penchant for top-down technocratic tinkering, fascination with power — unhealthy, bewildering and infuriating. On the other side of the aisle, growing numbers of conservatives regard free-marketers as intellectually stuck in an economistic prison, subservient to Big Tech, naive about national security and increasingly indistinguishable from the left on everything except economics. For the moment, conservatism’s almost half-century love affair with free markets is on hold. The next four years may tell us whether divorce is imminent.

Samuel Gregg is Research Director at the Acton Institute. This article was originally published in The Spectator’s May 2021 World edition. 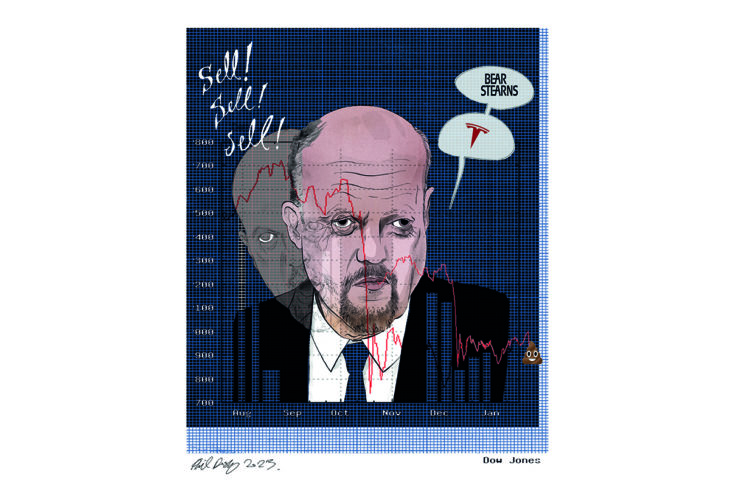 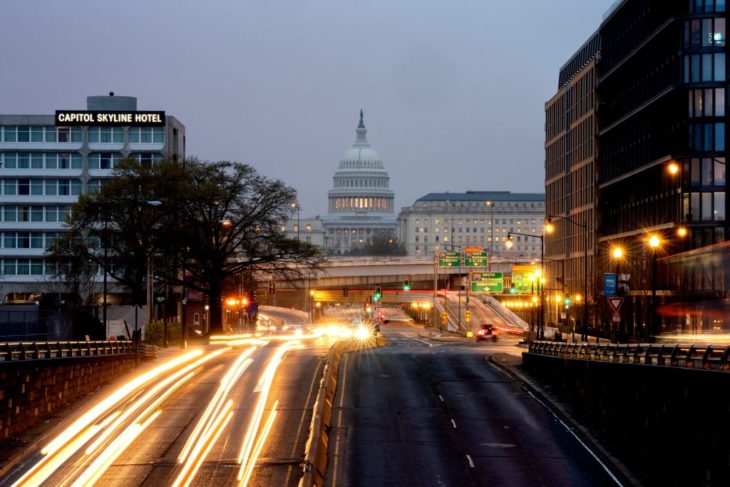