Revenge of the populists

How conservatism’s anti-elitists defeated the establishment 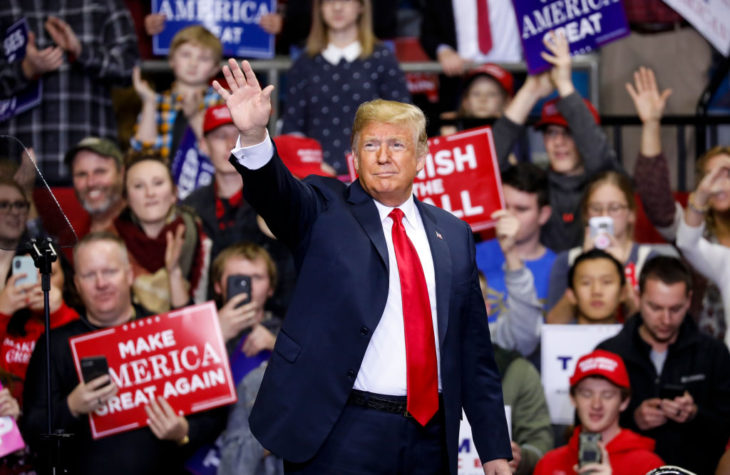 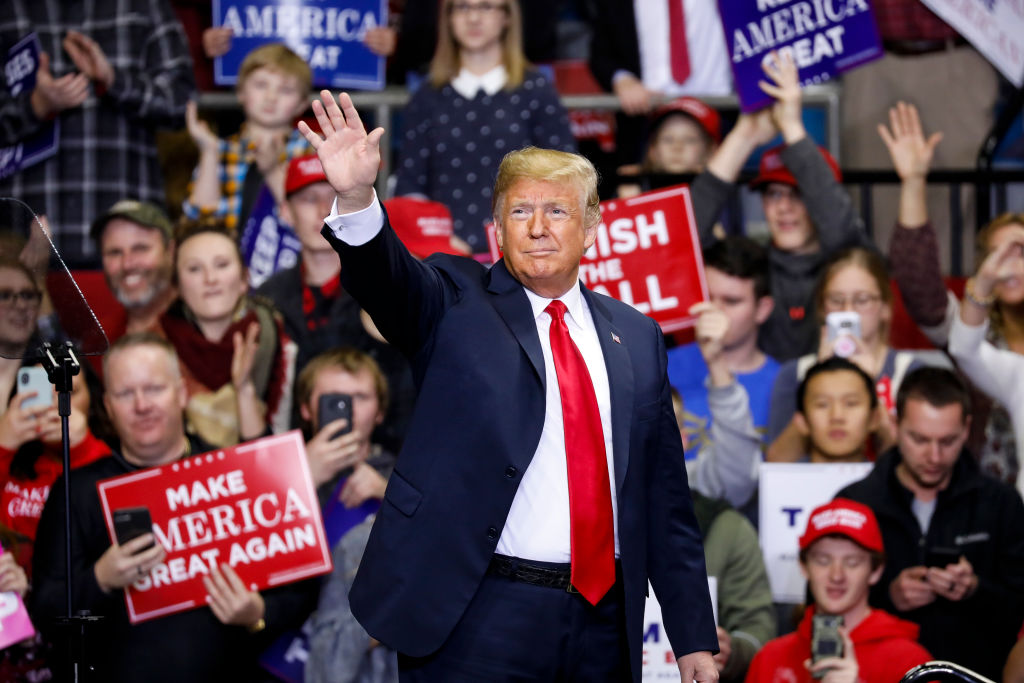 Revenge of the populists

In February 2021 the FBI indicted L. Brent Bozell IV for crimes committed during the Capitol riot. The significance of Bozell’s presence in the rabble that broke into the Senate chamber was not lost on the media. “Mr. Bozell’s father is a high-profile right-wing activist known for infusing his politics with Christian values,” the New York Times mentioned in its write-up of the arrest. And Bozell’s grandfather, L. Brent Bozell Jr., had been William F. Buckley Jr.’s debate partner, Joseph McCarthy’s and Barry Goldwater’s ghostwriter, the founder of Triumph and organizer of the first anti-abortion...

In February 2021 the FBI indicted L. Brent Bozell IV for crimes committed during the Capitol riot. The significance of Bozell’s presence in the rabble that broke into the Senate chamber was not lost on the media. “Mr. Bozell’s father is a high-profile right-wing activist known for infusing his politics with Christian values,” the New York Times mentioned in its write-up of the arrest. And Bozell’s grandfather, L. Brent Bozell Jr., had been William F. Buckley Jr.’s debate partner, Joseph McCarthy’s and Barry Goldwater’s ghostwriter, the founder of Triumph and organizer of the first anti-abortion protest in the United States. Liberal critics traced the arc of the American right from Bozell Jr.’s anti-communism, to Bozell III’s institution-building, to Bozell IV’s lawbreaking in the name of Donald Trump. “The floundering conservative movement, as it bids adieu to Rush Limbaugh, seems also to be seeing the last of the Bozell dynasty,” wrote Timothy Noah of the New Republic. (Limbaugh had died on February 17, 2021.) If one looked at the American right only as a post-war phenomenon, one would be forced to conclude that, by the spring of 2021, the movement Bozell Jr. had helped Buckley and Goldwater launch had reached an impasse. The Republican Party, while maintaining its strength in state capitals, was frozen out of power in Washington, DC. The National Rifle Association declared bankruptcy after it found itself under investigation for corruption by the attorney general of New York. Jerry Falwell Jr., one of Donald Trump’s most devoted supporters, resigned as president of Liberty University after salacious images and stories appeared on social media.

Facebook and Twitter banned Trump for his role in the January 6 attack on the Capitol. Living on the grounds of his private clubs in Florida and New Jersey, he sent out tweet-like press releases often several times a day, relitigating his election loss and insulting the Republicans who had voted to impeach him for incitement. GOP leaders hoped that by ignoring the former president, they could unite their party around opposition to President Joe Biden. They must have forgotten that they had tried the same strategy in 2015, when they blithely assumed that Trump would fade as the first caucuses and primaries came into view. Trump hadn’t faded then. Nor was there reason to assume that he would do so now.

The tension between populism and elitism that persisted throughout the history of the American right between 1920 and 2020 was not going anywhere. At the beginning of the Biden presidency, the populists had the upper hand. In 1993 Irving Kristol had written in the Wall Street Journal that the “three pillars” of conservatism were “religion, nationalism and economic growth.” Some thirty years later, a fourth pillar had been raised beneath the conservative roof: populism.

The right was unabashedly opposed to liberal elites, skeptical of credentialed experts and hostile to the established voices of print and cable media. Kristol himself had undertaken a reevaluation of populism over the duration of his career: in the 1970s he fretted over populism’s tendency to devolve into lawless revolt, conspiracy theory and scapegoating of vulnerable minorities. By the mid-1980s, however, he saw the activism of the populist “new right” as “an effort to bring our governing elites to their senses.” The events on January 6, 2021, took place more than a decade after Kristol’s death but confirmed his initial reservations.

The character of President Ronald Reagan may have affected Kristol’s rosy assessment of populism. The 40th president injected the populist rebellion of the late 1970s with his peculiar qualities of optimism, sunniness, humor and unflappability. Just as watching the captive nations of Eastern Europe throw off the shackles of communism and adopt democracy had distorted expectations of what might follow the 2001 invasion of Afghanistan, the 2003 invasion of Iraq and the 2011 Arab Spring, the rosy afterglow of Reagan’s presidency warped conservative intellectuals’ perceptions of post-Cold War conservative populism. Always looking out for the next Reagan, conservative thinkers were too quick to ignore or discount or assume victory over national populism when it manifested itself in the candidacies of Patrick Buchanan, Ron Paul, Sarah Palin and Donald Trump. Reagan’s unique personality and the extraordinary success of his presidency obscured the larger history of the American right of which he was just one part.

In recent decades, while other parts of the conservative movement flourished, the disengaged nationalism of Charles Lindbergh and Robert Taft lived on in the personages of Patrick Buchanan and Ron Paul.

After the terrorist attacks of September 11, 2001, President George W. Bush adopted the foreign policy that William Kristol and Robert Kagan had sketched out in the pages of Foreign Affairs and the Weekly Standard. Seen as the follow-up to the Cold War, the war on terror was another long, twilight struggle against a totalitarian enemy. This time, however, the United States faced no great-power opposition. It could intervene earlier and more often, act preemptively and pursue regime change against states harboring terrorists and thought to be developing weapons of mass destruction. The war on terror and support for unborn life, wrote First Things editor Joseph Bottum in the summer of 2005, could be the double helix of a “new fusionism” for the conservative movement. Bush’s reelection in 2004 seemed to validate the idea that national-security conservatives and religious conservatives formed the backbone of what Republican strategists Karl Rove called a “durable” majority.

The durable majority lasted until 2006. In truth, the war on terror was not as powerful a framework as the anti-communism that had bound a previous generation of conservatives together. For one thing, terrorism was a tactic, not an ideology or nation-state or empire, so the war’s aims, adversaries and end state were nebulous. For another, fighting for democracy in the Middle East was not the same as preserving the nation’s very existence against Soviet missiles, tanks, submarines and bombers. Reagan’s descendants also forgot that, for all his rhetorical firepower, for all his spending on defense, for all his tough negotiating positions, he committed US forces abroad only twice: once in Lebanon, which ended in tragedy and withdrawal, and again, more successfully, in Grenada. Instead, he relied on aid to proxy forces and on punitive missile strikes when Libyan leader Muammar Gaddafi or Iran’s Ayatollah Ruhollah Khomeini crossed his red lines.

As the American occupation of Iraq grew more violent, discontent bubbled to the surface of the American right. Distaste for Bush and his variety of conservatism and for the conservative think tanks, journals and politicians espousing it erupted in grassroots opposition to Bush’s immigration bills and in support for Paul’s antiwar presidential campaigns in 2008 and 2012.

The dissent grew in magnitude during the Great Recession that began in 2007 and the global financial crisis of 2008, taking the form of the anti-bank-bailout, anti-big-government Tea Party, which directed its animus as much at “establishment” Republicans as at Barack Obama Democrats. This anti-elitism took over the GOP with the nomination of Donald Trump and his unexpected victory in the 2016 election. Trump represented a return to the beliefs and practices of 1920s and 1930s Republicanism, coupled with the religious populism of a William Jennings Bryan. He disestablished the postwar conservatism of Buckley and Goldwater, of Irving Kristol and Ronald Reagan, of William Kristol and George W. Bush.

Though their policies may have shared the same spirit, there were serious differences between Calvin Coolidge and Donald Trump. Coolidge was a model of reticence and comportment. Trump was not. Coolidge stood for the “American” way of doing things and presided over a “normal” government in a “normal” time. Trump stood outside the system, even during the years in which he was president. He and his supporters were not preserving the status quo. They were challenging it. They rebelled against expert opinion,“political correctness,” media narratives and the ways of the Washington “Swamp.” Coolidge was distinctly American in philosophy and outlook. Trump resembled national-populist leaders in Europe, in the Middle East, in South America and in Russia. In all these places, opposition to immigration and global trade, religious traditionalism and charismatic strongmen defined the right.

What began in the twentieth century as an elite-driven defense of the classical liberal principles enshrined in the Declaration of Independence and Constitution ended up, in the first quarter of the twenty-first century, as a furious reaction against elites of all stripes. Many on the right embraced a cult of personality and illiberal tropes. The danger was that the alienation from and antagonism toward American culture and society expressed by many on the right could turn into a general opposition to the constitutional order. That temptation had been present in the writings of the Agrarians, in the demagogy of Tom Watson, Huey Long and Father Charles Coughlin, in the conspiracies of Joseph McCarthy, in the racism of George Wallace, in the radicalism of Triumph, in the sour moments of the paleoconservatives, in the cultural despair of the religious right and in the rancid antisemitism of the alt-right. But it was cabined off. It was contained. That would not be the case forever — as Trump and January 6, 2021, had shown.

This article is an excerpt from The Right: The Hundred Year War for American Conservatism (Basic Books). This article was originally published in The Spectator’s May 2022 World edition.