The return of the UFOs 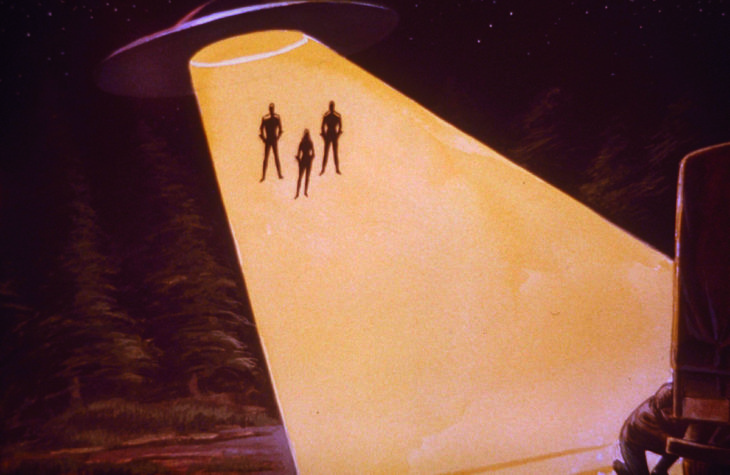 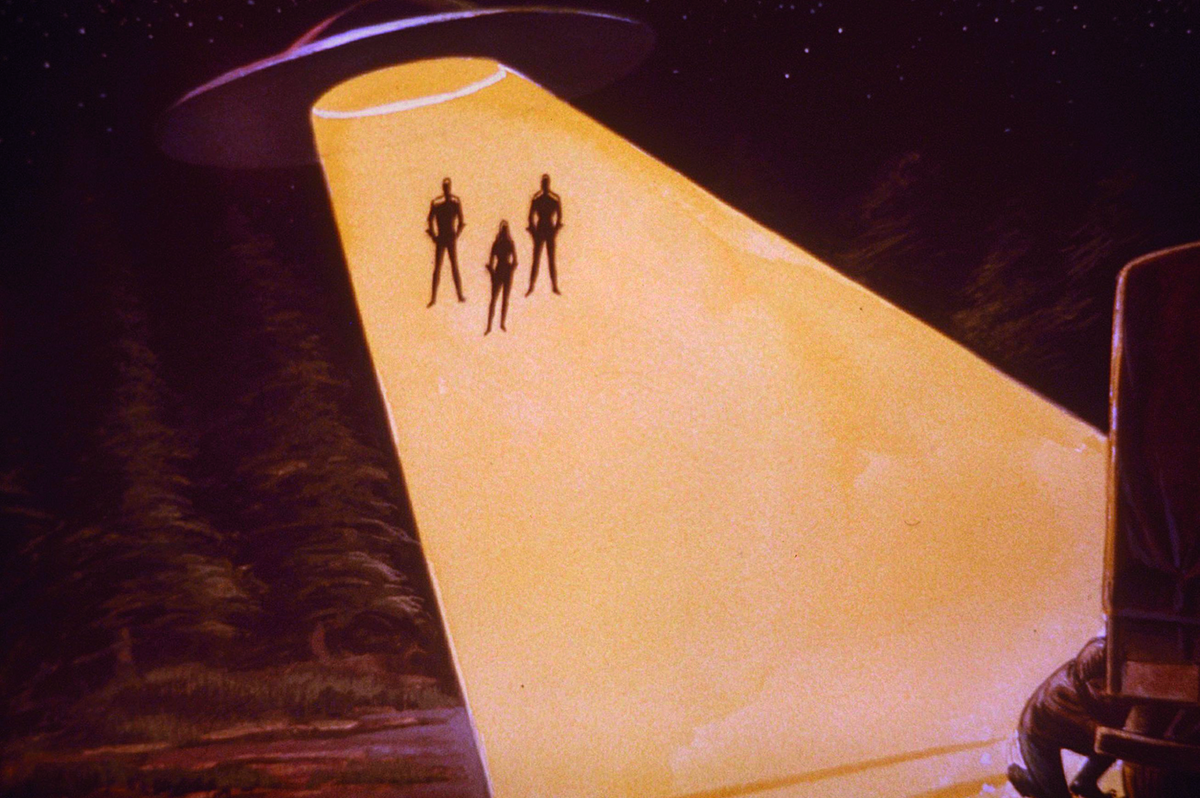 The return of the UFOs

By the time you read this, Uncle Sam’s latest ‘definitive’ report on UFOs (it’s not the first) will have been made widely available, with the exception of a classified annex (there’s always room for a sequel). If the leaks are to be believed, we will have learned that there’s a lot more out there that we don’t know.

Some of the material may well be impossible to explain, but inexplicable is not a synonym for extraterrestrial. Could we instead be catching glimpses of something the Russians or the Chinese have dreamt up? E.T., though, will neither...

By the time you read this, Uncle Sam’s latest ‘definitive’ report on UFOs (it’s not the first) will have been made widely available, with the exception of a classified annex (there’s always room for a sequel). If the leaks are to be believed, we will have learned that there’s a lot more out there that we don’t know.

Some of the material may well be impossible to explain, but inexplicable is not a synonym for extraterrestrial. Could we instead be catching glimpses of something the Russians or the Chinese have dreamt up? E.T., though, will neither be ruled in, nor, crucially, ruled out. For their part, ufologists will take what they can get. What they can get is that Washington now appears to be intrigued by a subject it has generally dismissed even if — in an attempt to disassociate itself from saucer talk — officialdom primly refers to UAP (unidentified aerial phenomena) rather than UFOs.

Whatever else will emerge, the report will accelerate the latest UFO frenzy here on Earth, attracting, if history is any precedent, the curious, the credulous and the conmen in droves, as well as a surge in sightings. According to a 2019 Gallup poll, roughly a third of American adults believe that some UFOs are alien spacecraft. That proportion seems set to rise — if it hasn’t already. 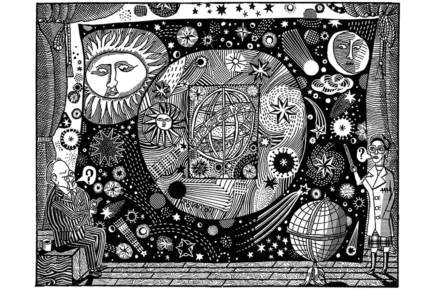 UFO ‘flaps’ have waxed and waned since that day in June 1947, when businessman Kenneth Arnold told of seeing a formation of very bright objects, from the window of his private plane. They flew, he claimed, ‘like a saucer would if you skipped it across the water’. With that, the term ‘flying saucer’ slid into our collective consciousness — and stayed there. That the ‘very bright objects’ were not, as Arnold portrayed them, themselves saucer-shaped didn’t matter. A focus on real, as opposed to concocted, detail has never been ufology’s greatest strength. Arnold’s tale drew massive media attention — and set off a wave of UFO sightings well beyond our borders. All the hullabaloo prompted ranch hand ‘Mac’ Brazel to wonder if the debris he had discovered a few weeks before in a remote spot some 75 miles from Roswell, New Mexico might be, well, something, and what’s more, something that might be worth $3,000 — the reward then being offered for physical evidence of one of those elusive flying machines.

Landscape can trigger myth. Drive along a spookily empty desert highway at night with only countless stars and somewhat otherworldly terrain for company and then add in the iconic status, ufologically speaking, of both Roswell and Groom Lake, (the secretive testing facility in Nevada better known as Area 51) and it is easy to understand how the American Southwest has come to be seen as the preferred destination for voyagers from a very, very long way away. It’s easy to understand that, but that understanding might be wrong. According to a report cited by USA Today, the states with the most UFO sightings per capita between 2001 and 2015 were Vermont, Oregon and Maine. New Mexico could only make seventh place — and the home of Area 51 came in a disappointing 13th, although Nevada’s disappointment should be eased by the realization that these rankings may mean absolutely nothing at all.

UFOs are sometimes seen as a mainly American obsession. That’s not so but the narratives built around them have, at least since Arnold’s flight, been fashioned in the US more than anywhere else. This is in no small part thanks to the enormous influence of America’s entertainment media, even more so at home than internationally.

Thus the appearance of aliens described by those who maintained that they had met them ‘changed’ after the release of Close Encounters of the Third Kind. Until then, they had been a diverse bunch, from reptilians (on a break from Davos, presumably), to ‘Nordics’ and the diminutive, large-eyed, big-headed ‘Greys’. The Greys got Spielberg’s call. They subsequently became the basis of not only the principal popular image of the alien but also, it seems (to the extent that any data in this area is reliable) the alien species most frequently blamed by Americans for their abductions. At a guess, a similar transformation will have taken place abroad.

Hollywood helped sustain interest in UFOs after 1947. Saucer movies emerged as a staple, not only keeping alive memories of the recent furor, but also encouraging more people to think that they had seen something alien overhead. Perhaps it was a tribute to the best of the early efforts, The Day The Earth Stood Still (1951), that the following year saw another UFO flap, including spectaculars over Washington, DC not wholly inconsistent with that film’s plot. The silver screen was soon joined by television — and radio had been on the case at least since that evening in 1938 when (Orson) Welles’s take on (H.G.) Wells’s marauding Martians terrified the nation. Print too was doing its bit to prepare the American public both for the viability of space travel and the notion that we might not be alone. American science fiction was, with the likes of Isaac Asimov and Ray Bradbury and magazines such as Astounding Stories, entering a golden age on the page.

Science fiction was reinforced by science fact. Even before his own, rather sudden, move to the US, Wernher von Braun had already designed the V-2, the first rocket to make it into space. This double act of fantasy and fact only grew more compelling as the Fifties turned into the Sixties, with a Star Trek, say, on one side, and NASA on the other. Now, courtesy of data from the Kepler space telescope, it’s been estimated that there may be as many as 300 million potentially habitable planets in our galaxy. Throw in the entire universe and the total reduces our conceit that we are the best that space has to offer to absurdity.

But distance matters. It looks as if there is no one in our neighborhood. Accepting the possibility, or even probability, of advanced extraterrestrial civilizations (as I would) is not the same as believing (as, for now, I would not) that they have managed to get here. And if they had, wouldn’t they do more than aerobatics? Then again, do birdwatchers introduce themselves to birds?

To quite a number in the UFO community, worrying about the mileage misses the point. They feel that aliens are a spiritual presence, able to soar above the humdrum constraints that come with what we imagine to be physics. Such beliefs, buttressed by the ancient idea of guidance coming from the heavens, have taken various forms, but tend to be wildly syncretic, a mishmash of conventional religious traditions and New Age fun and games. Switching to the supernatural fits in neatly with America’s enthusiastic if eclectic spirituality and provides both psychological comfort and the advantage of a lower standard of proof. Travel to Sedona, Arizona, a locality famous for its vortexes, ‘swirling centers of energy’ (to quote from one local website) which, sadly, left me unswirled — and it quickly becomes clear that the frontier between old-style nuts-and-bolts ufology and New Age mumbo jumbo has collapsed. Equally, on a visit to the UFO watchtower in a Colorado valley known for its alien flybys, I was asked if I felt something special on one particular patch of ground. Nope. Another vortex #fail.

A comparable retreat from even the pretense of reason also characterized one of the more gothic turns in ufology, the predominantly American fear of alien abduction. This essentially grew from a one-off in 1961, the Hill case, before developing into an epidemic of sorts towards the end of the 1980s at, intriguingly, around the same time as this country’s notorious ‘Satanic panic’ was starting to subside. Self-promotion and psychosis played prominent roles in both these episodes of mass hysteria, which were also updated expressions of venerable superstitions. Under the circumstances, it was telling that one of the most notable advocates of the reality of alien abductions would often refer to them as spiritual experiences — and so, conveniently, not something that ‘western’ science could properly judge.

Meanwhile, in a country primed (not always without reason) to think the worst of its government, longstanding accusations that Washington has been covering up what it knows about UFOs have only swollen the crowd of those who ‘want to believe’, and, for that matter, the profits of those eager to cater to them. That’s not an insignificant factor in an entrepreneurial culture where the spirit of P.T. Barnum lives merrily on and where little green men and piles of greenbacks have gone together for decades.

For a demonstration of how capitalism can turn nothing into something, check out downtown Roswell, especially during the annual festival (recommended!), which celebrates a saucer crash that never happened. The madmen turn out, as do hucksters, true believers, nerds and Middle America too. And, so in, July 2017, did I.

The temperature was in the high nineties. Ever the Englishman abroad, I was, naturally, wearing a jacket, evidently a stranger spectacle than the hooded alien slumped in a nearby chair. A handful of passers-by concluded I must be some sort of official and asked for advice.

Some of those attending had just come to gawp, others to cosplay, others to participate in the pleasurably communal ritual of a faith in which they themselves didn’t believe. Not really, anyway.

‘Have you ever seen a UFO?’ I asked one of the staff at the Little A’Le’Inn, a cheery establishment in a part of Nevada’s vast dry nothingness, distinguished only by the fact that it borders Area 51.

‘Oh yes.’ And then we both laughed.