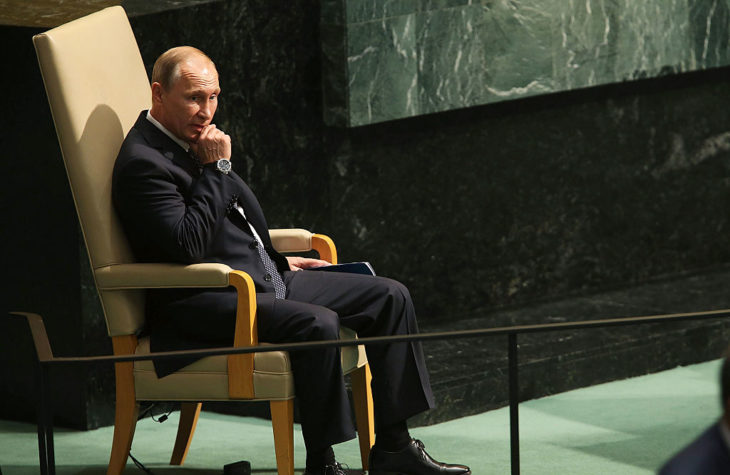 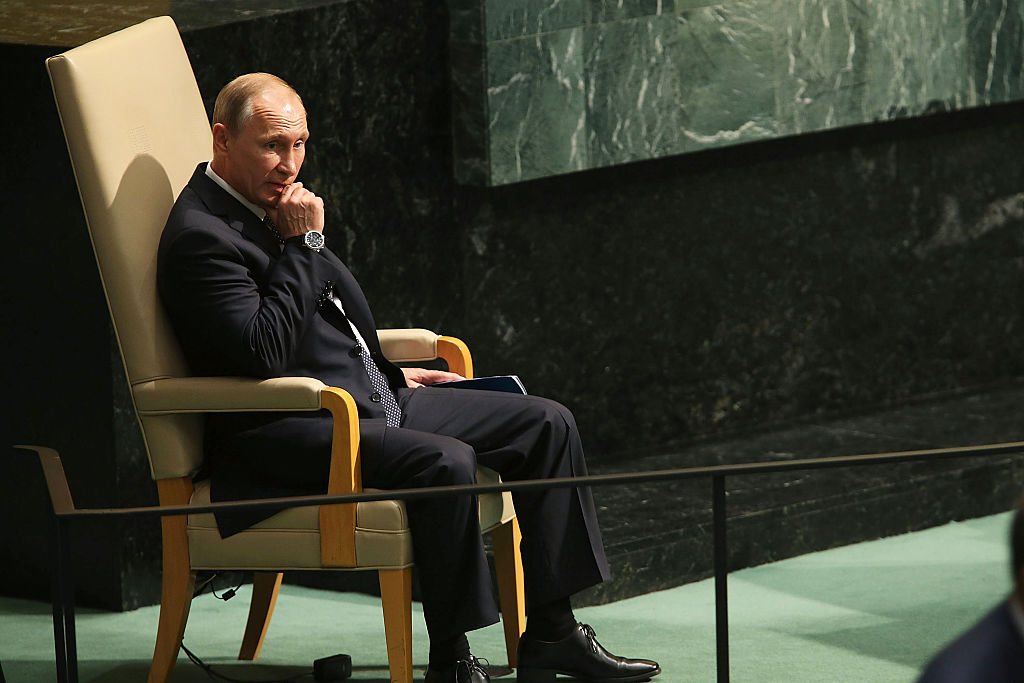 With regard to the illegal war being waged by Russia against Ukraine, no one has any right to be surprised.

For all the understandable and justifiable outrage over Russian president Vladimir Putin’s decision to abandon diplomacy and launch what appears to be an unprovoked act of aggression, a look at prior statements by Mr. Putin shows that, with the passage of time, patience and rationality gave way to irrationally, paranoia and ultimately the decision to launch an armed conflict.

Any proper accounting of the history of the downturn in US-Russia relations must include Putin’s 2007 address to...

With regard to the illegal war being waged by Russia against Ukraine, no one has any right to be surprised.

For all the understandable and justifiable outrage over Russian president Vladimir Putin’s decision to abandon diplomacy and launch what appears to be an unprovoked act of aggression, a look at prior statements by Mr. Putin shows that, with the passage of time, patience and rationality gave way to irrationally, paranoia and ultimately the decision to launch an armed conflict.

Any proper accounting of the history of the downturn in US-Russia relations must include Putin’s 2007 address to the Munich Security Conference. To many, this was a kind of point of no return, with Putin putting the US and its European allies on notice: there are red lines not to be crossed.

Having cooperated with and facilitated the war against the Taliban in 2001, Russia, along with France and Germany, opposed George W. Bush’s unilateral war of choice against Iraq in 2003. At Munich, Putin charged, correctly, that with the actions taken by the US against Iraq and during its so-called global war on terror,

We are seeing a greater and greater disdain for the basic principles of international law. And independent legal norms are, as a matter of fact, coming increasingly closer to one state’s legal system. One state and, of course, first and foremost the United States, has overstepped its national borders in every way.

Putin continued, “The use of force can only be considered legitimate if the decision is sanctioned by the UN. And we do not need to substitute NATO or the EU for the UN.”

Putin, in line with his immediate predecessors, Mikhail Gorbachev and Boris Yeltsin, also voiced grave concern over the project of NATO expansion. Today, pundits such as former US ambassador to Russia Michael McFaul and rabid neoconservative commentators like Anne Applebaum would have us believe that the current crisis has nothing whatsoever to do with NATO expansion.

Yet a reading of Putin’s Munich address should put their thesis to bed. Said Putin:

I think it is obvious that NATO expansion…represents a serious provocation that reduces the level of mutual trust. And we have the right to ask: against whom is this expansion intended? And what happened to the assurances our Western partners made after the dissolution of the Warsaw Pact? Where are those declarations today? No one even remembers them.

In the years between Munich and Mr. Putin’s next major international statement, his UN Assembly address of 2015, much occurred to further poison relations between the world’s two nuclear superpowers, including but not limited to: the US recognition of Kosovo (2008); a pledge by NATO that Ukraine and Georgia would become members (2008); the Russian war in Georgia (2008); US regime change wars in Libya and Syria (2011); the passage of the Magnitsky Act (2012); and the Ukrainian civil war after Russia occupied Crimea (2014-present).

At the UN, Putin took square aim at America’s self-appointed role as arbiter of the so-called international rules-based order. By 2015, it was clear that Putin’s patience with the US was at its limit.

We all know that after the end of the Cold War — everyone is aware of that — a single center of domination emerged in the world, and then those who found themselves at the top of the pyramid were tempted to think that if they were strong and exceptional, they knew better and they did not have to reckon with the UN.

Taking aim at the debacles caused by unilateral military action taken by the US in the name of democracy and human rights, Putin noted that the result was not a “triumph of democracy and progress.” What resulted instead was “violence, poverty and social disaster.”

Addressing America’s role in sowing instability in the Greater Middle East for the better part of a decade and a half, Putin mused:

I cannot help asking those who have caused the situation, do you realize now what you’ve done? But I am afraid no one is going to answer that. Indeed, policies based on self-conceit and belief in one’s exceptionality and impunity have never been abandoned.

And, yes, NATO expansion was still very much on Mr. Putin’s mind in 2015. “They continue,” he said of the US and Europe, “their policy of expanding NATO. What for?”

If the Warsaw Bloc stopped its existence, the Soviet Union have [sic] collapsed and, nevertheless, NATO continues expanding as well as its military infrastructure. Then they offered the poor Soviet countries a false choice: either to be with the West or with the East.

During last night’s address, in which Putin announced the commencement of hostilities against Ukraine, he restated his previous objections to NATO expansion, stating that “fundamental threats to Russia have grown yearly as a result of the expansion of NATO.” He condemned the alliance’s support for “extreme nationalists and neo-Nazis in Ukraine.”

Going much further than he had previously, Putin tried to justify his own war of choice by claiming “we had no option but to initiate a special military operation to protect the people who for eight years have been subject to bullying and genocide from the Kiev regime.”

Yet Putin’s actions are not only a departure from the sentiments and principles he himself had once so forcefully espoused, they are a wholesale repudiation of them.

In the end, the period between 2007 and 2022 may come to be regarded, in the light of history, as years of missed opportunity. And while the ultimate responsibility for this war falls on Mr. Putin, the West’s failure to take him seriously has no doubt helped bring us to this dangerous moment.

James W. Carden is contributing opinion writer for The Asia Times and a former advisor to the US State Department.

James W. Carden is a contributing opinion writer for The Asia Times and a former advisor to the US State Department. 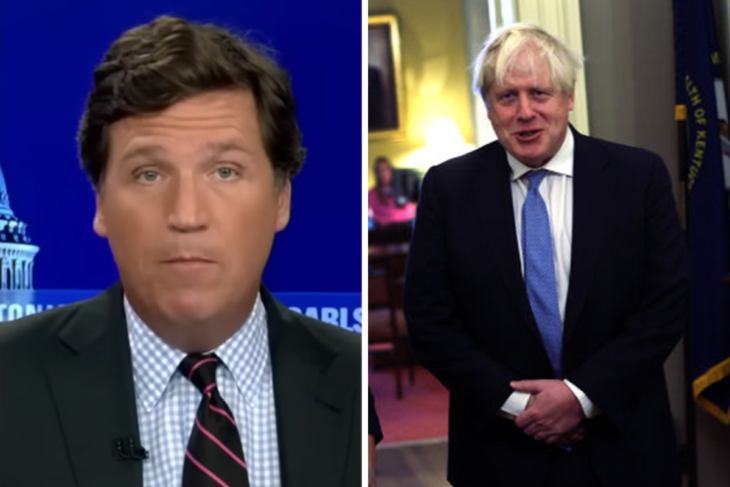