Never mind Paul Manafort, the Mueller inquiry is the biggest scandal in US history

Mueller’s activities are meant primarily to intimidate, pressure, and co-opt associates of Donald Trump in order to convince them to bear witness against him 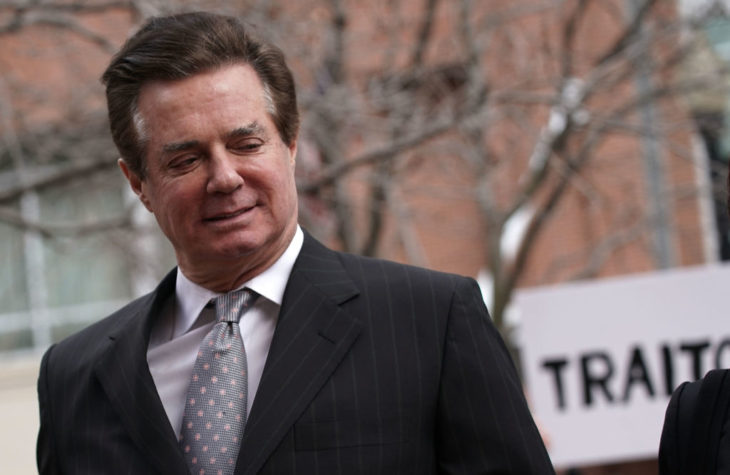 Never mind Paul Manafort, the Mueller inquiry is the biggest scandal in US history

A couple of observations about Paul Manafort’s plea bargain deal today. First, the nitty gritty: Manafort was convicted last month of failing to report some $16 million in income from consulting work in the Ukraine in the early 2000s. That conviction will earn the 69-year-old Manafort (who has been in jail since June because of accusations of witness tampering) a sentence of eight to ten years in the slammer.

Today, he agreed to plead guilty to two additional criminal charges, forfeit four of his multimillion dollar homes as well as funds in several bank accounts. In...

A couple of observations about Paul Manafort’s plea bargain deal today. First, the nitty gritty: Manafort was convicted last month of failing to report some $16 million in income from consulting work in the Ukraine in the early 2000s. That conviction will earn the 69-year-old Manafort (who has been in jail since June because of accusations of witness tampering) a sentence of eight to ten years in the slammer.

Today, he agreed to plead guilty to two additional criminal charges, forfeit four of his multimillion dollar homes as well as funds in several bank accounts. In exchange, he will avoid a second trial in which he was to face a long list of charges revolving around money laundering and obstruction of justice.

Most reports of the plea bargain duly note that Manafort is (as The Wall Street Journal put it) ‘the fifth associate of President Trump to plead guilty in connection with special counsel Robert Mueller’s investigation.’

‘In connection with,’ eh?

The main thing to bear in mind about all of those guilty pleas—from those of General Mike Flynn and George Papadopoulos, who pled guilty to lying to the FBI, to Rick Gates, who had been in business with Paul Manafort—is that none of the pleas have anything to do with collusion between the Trump campaign and the Russians, the putative reason for Mueller’s investigation in the first place.

In the case of Flynn and Papadopoulos, it is now abundantly clear that both were set up by the FBI as part of a deliberate attempt to delegitimise Trump’s presidency.

In the case of Manafort, Mueller uncovered real wrongdoing, but, again, it long pre-dated the 2016 campaign and had nothing to do with the Donald Trump or Russians.

Altogether, Robert Mueller has brought indictments against some 30 people ‘in connection with’ his wholesale fishing expedition into the lives of anyone remotely connected with Donald Trump. What in heavens name does Stormy Daniels or her sleazy lawyer have to do with the ostensible purpose of Mueller’s investigation?

Here’s another question: would any of the people indicted by Robert Mueller have been subjected to his meticulously methodical madness had they not been in Trump’s orbit? The answer, I believe, is No, though Manafort and Gates, like Autolycus in The Winter’s Tale, seem to have been ambitious ‘snappers up of unconsidered trifles’ (to say the least).

Stepping back and looking at Mueller’s campaign against the President as a whole, it is clear that Mueller’s activities are meant primarily to intimidate, pressure, and co-opt associates of Donald Trump in order to convince them to bear witness against him.

As I have observed many times, I believe this is part of the biggest political scandal in US history. It involves the mobilisation of deep state actors in the Obama administration and the weaponisation of the FBI and other parts of the Department of Justice.

As Lee Smith noted in a superb summary of the case so far in RealClearInvestigations, this sprawling campaign had two phases, an offensive phase to discredit Trump and help elect Hillary Clinton during the campaign of 2016 and then the ongoing defensive phase, which is intended to discredit the Congressional investigation into criminal misconduct by people in the Obama administration, the Department of Justice, and the FBI.

‘Initially,’ Smith writes, ‘the leaking was an offensive operation aimed at disrupting Trump’s agenda, especially through leaks alleging connections between his campaign and the Russians. Its early successes included leaks of highly classified material that led to the firing of National Security Adviser Michael Flynn and the recusal of Attorney General Jeff Sessions from overseeing that probe.’

When the impossible happened and Trump won, the operation went into defensive mode. ‘The second phase,’ Smith notes, ‘which began roughly a year into the Trump administration – has been more defensive, pushing back against congressional oversight committees that had uncovered irregularities in the FBI’s investigation of Trump. This phase has been marked by the willingness of press outlets to run stories backing off earlier reported leaks that proved to be deeply misleading – including the roots of the FBI’s investigation of the Trump campaign and the relationship between Deputy Attorney General Bruce Ohr and the opposition research firm that produced a central document of that probe, the largely discredited “Steele dossier.”’

Someday, I predict, this complex and sordid tale of the abuse of power by the deep state will occupy a prominent place in the history books. How ever did we allow the state to run roughshod over constitutional protections in order try to overturn a free, open, and democratic elections?

Again, remember that, had Hillary won, as she was supposed to do, the public would have known nothing about this whole sorry show. There would have been no special counsel Mueller, and therefore no indictments. No one would have heard of Fusion GPS, or Christopher Steele, or Bruce or Nellie Ohr, or Peter Strzok and Lisa Page, or Andrew McCabe, or Stefan Halper, or Joseph Mifsud. It all would have been swept under rug, and we would have been none the wiser.

It will be a long time before we can take the full measure of this stupendous miscarriage of justice and abuse of power. For now, we should all thank God for investigative reporters like Lee Smith and Andy McCarthy and Chuck Ross and Sara Carter who are beavering away and, layer by layer, peeling back this sodden and diseased onion.

We should also thank God for the tireless work of Congressmen like Devin Nunes, chair of the House Intelligence Committee, who, in the face of hysterical opposition and wild calumny, are dragging fact after disreputable fact out from the track-covering clutches of the FBI and DOJ. That would all come to a screeching halt should the Democrats take the House, of course, but, despite prognostications to the contrary, I do not think that is going to happen.

One final comment regarding the recent craze for plea bargains. They are a bad idea, custom-made instruments for encouraging prosecutorial abuse, which is Robert Mueller’s (but not only Robert Mueller’s) stock-in-trade. Instead of charging someone with a specific crime, you inflate and multiply the charges as tool of intimidation and then allow the squirming victim to plead guilty to a lesser offense, even if (as is often the case) he has done nothing wrong. No wonder government prosecutors ‘win’ something like 97 per cent of the cases they bring. It’s a disgusting and unfair practice and should be abolished, Paul Manafort’s imperfect appreciation of the distinction between meum and tuum notwithstanding.