The one story the media wishes to tell America about itself 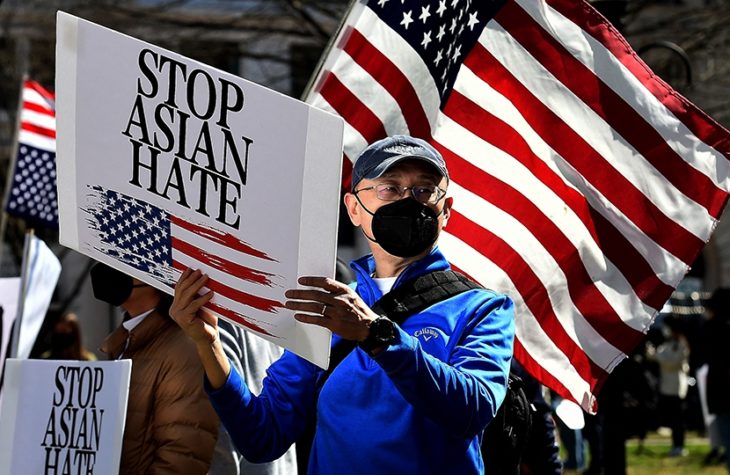 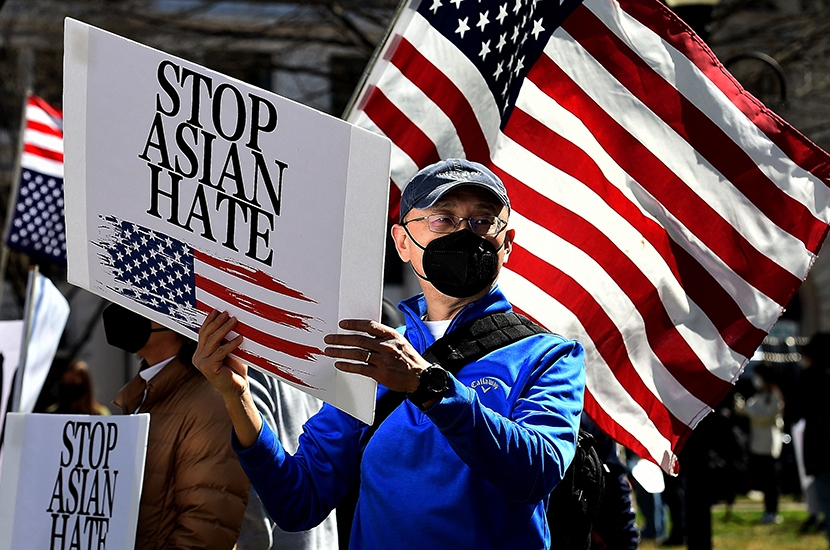 The one story the media wishes to tell America about itself

Distracted by vaccine warfare, for once the British haven’t leapt onto America’s latest bandwagon of fake self-excoriation. Following last week’s massacre of eight people at three massage parlors on the outskirts of Atlanta, Georgia, the US mainstream media has flown into ecstasies of self-loathing over the country’s racist attacks on East Asians. The rise in anti-Asian bigotry — naturally — is all Trump’s fault. If Americans blame the Chinese for the pandemic, that’s not because the disease actually did originate in China. Rather, it’s because the left’s much-missed nemesis kept calling COVID ‘the China virus’,...

Distracted by vaccine warfare, for once the British haven’t leapt onto America’s latest bandwagon of fake self-excoriation. Following last week’s massacre of eight people at three massage parlors on the outskirts of Atlanta, Georgia, the US mainstream media has flown into ecstasies of self-loathing over the country’s racist attacks on East Asians. The rise in anti-Asian bigotry — naturally — is all Trump’s fault. If Americans blame the Chinese for the pandemic, that’s not because the disease actually did originate in China. Rather, it’s because the left’s much-missed nemesis kept calling COVID ‘the China virus’, thereby exploding a nascent prejudice to monstrous, murderous proportions.

Granted, it looks terrible. Six victims in Atlanta were East Asian women. (The two white victims complicate the narrative so they are generally left out of the story.) How could that be a coincidence? It wasn’t, exactly. According to the 21-year-old suspect in custody, Robert Aaron Long, he was a customer at two of the establishments — where, given the young man’s perverse explanation for his rampage, he must have ordered the deluxe package. The murders, says Long, an evangelical Baptist, were his attempt — however insane — to rid himself of the temptation to service his ‘sex addiction’, for which he’d already spent time in Christian rehab. I guess the rehab didn’t work.

In the post-Floydian universe, the American press isn’t engaged by such warped particulars. There’s only one story the media wishes to tell the United States about itself: America is systemically, irremediably racist — preferably ‘white supremacist’ — which is why the likes of the New York Times had previously chosen not to disclose the racial identity of numerous perpetrators of anti-Asian hate crimes. The paper did report Long’s pigmentation, because he’s white. That’s the race he’s supposed to be.

As for the inconvenient truth, the journalist Andrew Sullivan has looked up the figures. Only 24 percent of violent attacks on Asian-Americans are committed by whites, 28 percent by blacks — twice the proportion of blacks in the population. Since the 1980s, black urban communities have evidenced a simmering resentment towards enterprising Asian immigrants, typically expressed through attacks on Asian-owned family businesses like fruit-and-vegetable shops. Anti-Asian sentiment in the US is real all right, but it’s not predominantly white, and it’s not new.

In New York City, of the 20 people arrested last year for hate crimes against Asians, two were white. Eleven were black, most of those, surprisingly, women. The attacks were concentrated in March, when COVID hysteria was peaking.

I don’t doubt that East Asians in the US face frequent hostility, and not only because of coronavirus. They’re out-earning other ethnicities, better realizing the ‘American dream’ than the peoples accustomed to trotting out that hackneyed expression. Many Americans are paranoid about a rising Chinese superpower, fearful of economic eclipse and dismayed (too late) by having gifted the better part of the US manufacturing base to the East.

Still, how considerable is America’s increase in anti-Asian attacks? Nationally, a whole 122 such ‘hate crimes’ were reported last year, an annual rise of 150 percent. But beware the fallacy of small numbers — that is, extrapolating large general trends from tiny samples. San Francisco may hair-tear about its own 50 percent rise in these attacks, but between 2019 and last year they went from six to nine. Which group suffers overwhelmingly more from violent bigotry in the US? Jews. But they’re white and stereotypically rich. Jewish distress is out of fashion.

Thus the throes of national self-examination after this one regrettable, ludicrously gratuitous mass murder exhibit a confected quality. Having obsessed almost exclusively about anti-black racism for 10 solid months, the American media is eager to advertise its concern for Asians, too — just so long as the incident can still be forced into the strict mould of rampant white supremacism.

We’ve only just emerged from a period of forcing every violent incident to conform to a different mono-story, Islamic terrorism. In Atlanta 25 years ago, three pipe bombs went off at the summer Olympics. Given this was only 10 days after the explosion of TWA Flight 800, also first attributed to terrorism (incorrectly), I immediately assumed along with everyone else that Islamists were to blame. After a tragic interim, during which the former hero of the attack, the security guard Richard Jewell, was demonized as the instigator, the real terrorist turned out to be an ex-army white guy with a penchant for bombing abortion clinics.

Once upon a time, journalists cared about what actually happened. Until, say, some damningly anti-Asian online screed by Robert Long emerges to certify his murder spree as a hate crime, we’ve no empirical evidence that he was motivated by racism. (Beyond circumstantial inference, there’s no take-it-to-the-bank evidence that George Floyd was killed because of racism, either — an incendiary observation that multiple conservative black intellectuals like John McWhorter have braved.) At present, the story in Atlanta seems weirder and more puzzling than the pat version about prejudice promoted in the news. Many fundamentalist Christian sects torment their flocks with the obligation to forgo not only pornography but masturbation. Talk about a losing battle — though religions love losing battles, because adherents will be eternally obliged to keep fighting them.

The American media took one look at Atlanta’s racial body count and ran with what seemed the obvious. But if you fancy leaping to conclusions, consider the wounded, lost-puppy eyes and wispy, unraveling beard in Long’s mugshot. That boy is… not well. Yet our current cookie-cutter coverage won’t address an eccentric intersection of mental illness and religious fanaticism at war with a raging libido. Reality must be mangled to conform to the political mania of the moment.

Check out the systematic discrimination against Asians in US elite university admissions. Check out the dismantling of leg-up programs for gifted children in Boston and New York City public schools, because too many Asians have made the cut based on merit. If America’s mainstream media is so hungry for it, that’s real hate crime.