China, not America, has the real emissions problem

So why do Democrats keep passing legislation that will do nothing for the climate? 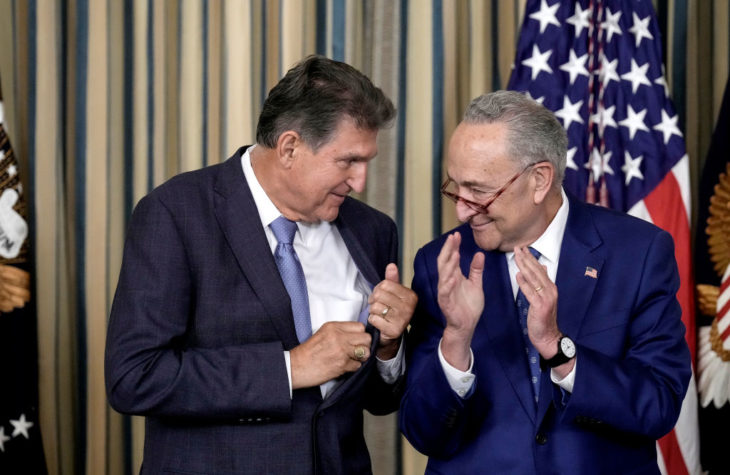 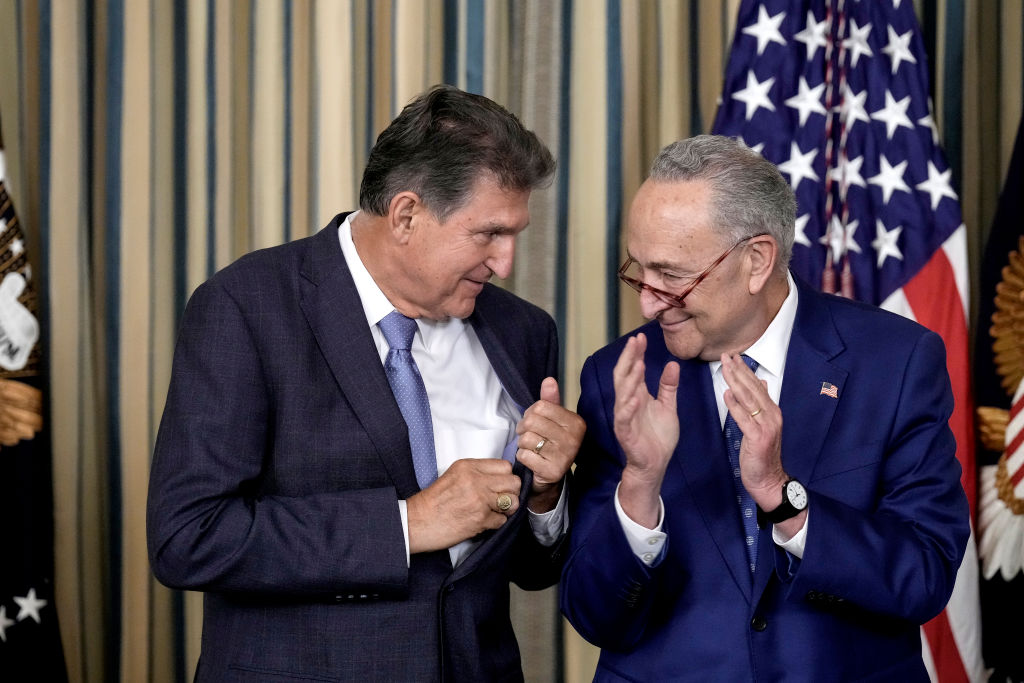 China, not America, has the real emissions problem

Hailed as America’s first comprehensive climate law, the Inflation Reduction Act was signed by President Biden earlier this summer. It had been thirty years and sixty-five days since President George H.W. Bush signed the United Nations Framework Convention on Climate Change in Rio de Janeiro. The UNFCCC’s objective was to stabilize concentrations of greenhouse gases in the atmosphere “at a level that would prevent dangerous anthropogenic interference with the climate system,” a threshold that the convention left undefined.

In 1992, the average concentration of carbon dioxide in the atmosphere was 356.54 parts per million by volume...

Hailed as America’s first comprehensive climate law, the Inflation Reduction Act was signed by President Biden earlier this summer. It had been thirty years and sixty-five days since President George H.W. Bush signed the United Nations Framework Convention on Climate Change in Rio de Janeiro. The UNFCCC’s objective was to stabilize concentrations of greenhouse gases in the atmosphere “at a level that would prevent dangerous anthropogenic interference with the climate system,” a threshold that the convention left undefined.

In 1992, the average concentration of carbon dioxide in the atmosphere was 356.54 parts per million by volume (ppmv). Five years later saw the adoption of the Kyoto Protocol, the world’s first, last and only legally binding treaty to reduce greenhouse gas emissions. By then, carbon dioxide concentrations had risen to 363.88 ppmv.

The Clinton administration signed Kyoto but declined to submit the protocol to the Senate after senators unanimously adopted the Byrd-Hagel resolution, which stipulated that the United States should not sign any agreement that bound developed countries, but not developing ones, to emissions targets. From today’s perspective of net zero and the goal of reducing net emissions by 100 percent, the protocol was a modest affair. It required an overall reduction in developed country emissions by 5 percent below 1990 levels by 2012, and, thanks to a late intervention by Vice President Al Gore, 7 percent for the US. In fact, American carbon dioxide emissions continued to rise, peaking in 2005; in 2012, they were still 4.4 percent above their 1990 level.

In 2009, by which time carbon dioxide concentrations had reached 387.64 ppmv, the Copenhagen Climate Conference tried and failed to rectify the large and growing hole in the Kyoto Protocol. The aim was to reverse the decision of the convention’s first conference of parties in Berlin to exclude major emerging economies from making legally binding emissions commitments. Yet it was shot down by a coalition of China, India, Brazil, and South Africa.

The 2015 Paris Agreement put in place a global climate regime covering developed and emerging economies at the cost of making emissions commitments entirely voluntary. It did, however, incorporate the aims of holding the increase in global temperature to 2 degrees Celsius above pre-industrial levels and “pursuing efforts” to limit that rise to 1.5 degrees Celsius, neither of which had any grounding in science or economics. In 2022, amid passage of the Schumer-Manchin climate bill, carbon dioxide levels in the atmosphere reached 418.57 ppmv — a rise of more than one sixth since H.W. Bush signed the UNFCCC.

The paradox of the three decades since the UNFCCC has been the progressive weakening of international climate agreements, coupled with the adoption of increasingly stringent and unrealistic emissions-reduction targets by the nations of the West. Despite the blip caused by pandemic lockdowns, in 2020, annual carbon dioxide emissions were 54 percent higher than in the year the climate convention was signed.

As a result, the world is fundamentally different from how it was in 1992. Back then, Western nations accounted for 63 percent of global carbon dioxide emissions. In 2020, that figure had fallen to 33.5 percent. America’s share dropped from 23 percent in 1992 to 13.5 percent. In the climate convention’s first decade, non-Western emissions grew by 39 percent, and then accelerated sharply from 2002, overtaking the West in 2006 and very nearly doubling it in the eighteen years to 2020.

Among non-Western nations, China’s carbon dioxide emissions tripled, and its share of global emissions rose from 12 percent in 1992 to 31 percent in 2020. The math is inescapable: what America and the West do is of diminishing relevance to global emissions and therefore to future global temperatures.

Democrats and their supporters do not accept this reality. “Kiddo,” candidate Biden told a voter during the 2020 presidential campaign, “look in my eyes. I guarantee we’re gonna end fossil fuels.” Biden also promised to hold China to account for its climate impact. He didn’t say how, but now we know. At a climate conference in Athens last month, presidential climate envoy John Kerry begged China to resume climate talks with the US, which Beijing had broken off in retaliation for Speaker Nancy Pelosi’s trip to Taiwan. Kerry then proceeded to give China a free pass. “China has its own concerns about the climate crisis. But they obviously also have concerns about economic sustainability, economic development,” he helpfully explained as China’s coal-power generation neared record levels. “The latest levels have broken all summer records by far, and are flirting with the all-time record from January 2021,” according to energy analyst Antoine Halff.

If continued use of fossil fuels is essential for China’s economy, why do Democrats who voted for the $400 billion Inflation Reduction Act believe America is any different — especially given that, unlike China, America has vast reserves of coal, oil, and natural gas? Much of the bill’s spending will go to subsidize wind and solar projects, which Senate Majority Leader Chuck Schumer says will “kick-start an era of affordable, American-made clean energy.” The evidence points in the opposite direction: renewable energy raises costs makes energy scarce and leads to structural under-investment in the generating capacity needed to keep the lights on and the electric grid stable.

In his dazzling new book deconstructing anti-fossil fuel ideology, author Alex Epstein unearths a highly revealing statement by Amory Lovins, one of America’s foremost advocates of wind and solar. “If you ask me, it’d be little short of disastrous for us to discover a source of clean, cheap, abundant energy because of what we would do with it,” Lovins told Mother Earth News in 1977. “We ought to be looking for energy sources that are adequate for our needs, but that won’t give us the excesses of concentrated energy with which we could do mischief to the earth or to each other.”

While Democrats tell voters that spending hundreds of billions of dollars on wind and solar will make energy more affordable, true believers know it does the opposite — and that’s the whole point. Renewable energy constrains growth and undermines America’s ability to protect its position in the world — what Lovins would consider mischief.

Democrats are in the grip of an irrational ideology that prevents them from seeing the world as it is. They cannot bring themselves to recognize that three decades of UN climate talks have failed. The growth of non-Western emissions means the UNFCCC’s objective of stabilizing greenhouse gas emissions is no nearer being attained than it was three decades ago.

If Democrats were serious about climate, they would push for a fresh approach. Instead, they pass climate legislation that does nothing for the climate but inflicts immense harm on the economy and America’s strategic position in an increasingly perilous world. What did Albert Einstein say about doing the same thing over and over and expecting a different result?