No one wants to join the military anymore 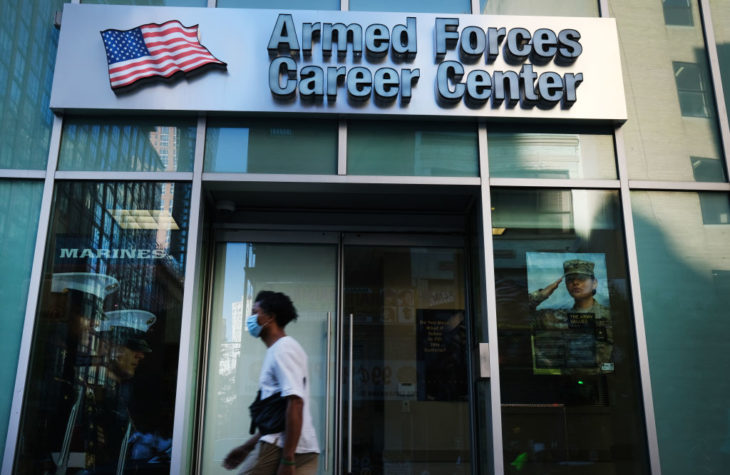 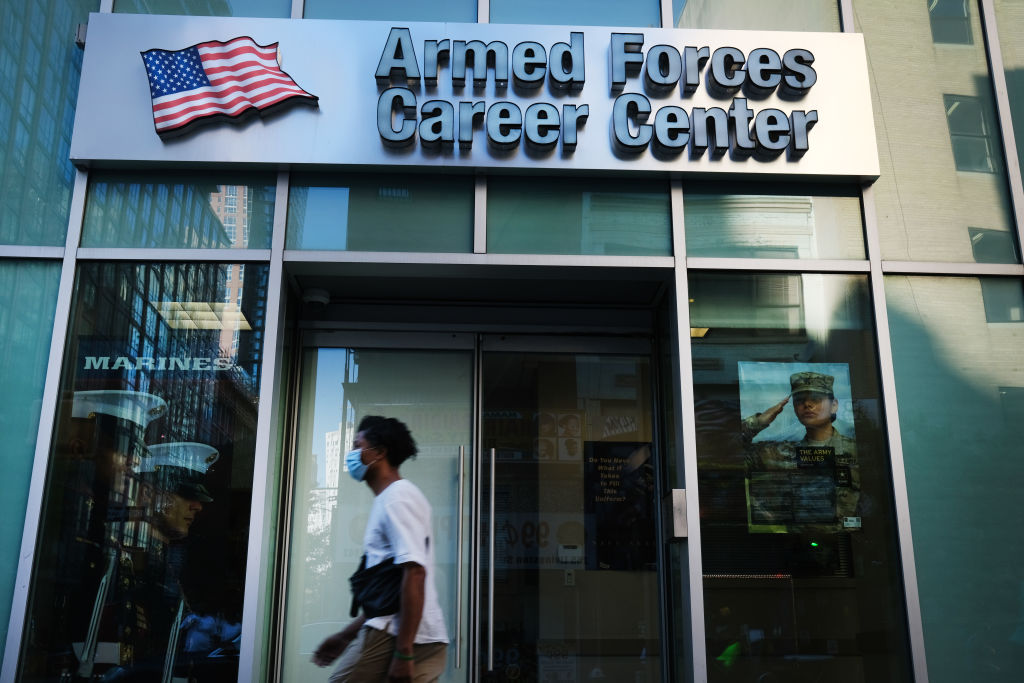 No one wants to join the military anymore

Last week marked the 246th birthday of the United States. This year also marks, according to Lieutenant General Thomas Spoehr of the Heritage Foundation, when we “question the sustainability of the all-volunteer force.” As reported in late June by NBC, all branches of the military are falling short of their 2022 recruiting goals.

The Army, for instance, has met only 40 percent of its enlisted recruitment target for the fiscal year, which for the military services ends on September 30. Those in the Pentagon tasked with attracting candidates have listed reasons they are struggling to meet...

Last week marked the 246th birthday of the United States. This year also marks, according to Lieutenant General Thomas Spoehr of the Heritage Foundation, when we “question the sustainability of the all-volunteer force.” As reported in late June by NBC, all branches of the military are falling short of their 2022 recruiting goals.

The Army, for instance, has met only 40 percent of its enlisted recruitment target for the fiscal year, which for the military services ends on September 30. Those in the Pentagon tasked with attracting candidates have listed reasons they are struggling to meet their mission: lack of eligibility, Covid restrictions putting a damper on outreach, competition from a robust civilian employment market, and a lack of a desire to serve.

Despite unprecedented bonuses of up to $50,000 for enlistment and retention, the writing is on the wall. The youth aren’t lining up for Uncle Sam like they used to. And while all the above-mentioned reasons carry some weight, it’s the issue of desire that ought to be most alarming to the services. This crisis runs much deeper than a paycheck.

According to Army Chief of Staff General James McConville, only 23 percent of Americans ages seventeen to twenty-four are eligible to serve without a waiver. This is due to obesity, drug use, or criminal records. Several years ago, that number stood at 29 percent. Even more troubling, an internal Defense Department survey obtained by NBC showed that of those eligible, only 9 percent had an interest in serving. In the same survey, half of respondents thought they would suffer physical problems if they joined, and 57 percent thought they would suffer emotional or psychological problems. It’s almost like the last twenty years of failed wars and thousands of wounded warriors has made potential recruits reconsider their life choices.

The risk of debilitating injury or violent death has not historically prevented Americans from volunteering. Even during the first decade of the 2000s, as the United States invaded multiple countries and the military grew in size, there wasn’t a deficit. Of course, willingness to sacrifice is not uniquely American. As described in Ken Burns’s series on Vietnam, when recruiting villagers to fight the imperialist invaders, prospective guerrillas placed stones in their pockets to meet minimum weight standards. Willingness to fight follows naturally from a feeling of physical and spiritual connection to your tribe. The Pentagon’s recruitment efforts have taken this for granted, but current trends are working heavily against them. The critical headwinds they face can be broken down into two interconnected categories.

First, our citizens’ feeling of connection to the United States is beginning to wane. As detailed in Samuel Huntington’s Who Are We?, in 1991, when asked “How proud are you to be an American?” 96 percent said “very proud” or “quite proud.” Recently, Gallup released their similar annual poll, and found that 65 percent were “extremely proud” or “very proud.” Unsurprisingly, national pride was markedly higher among self-identified Republicans, men, those over fifty-five years of age, and those without a college degree. It doesn’t take a genius to understand that the youth won’t sacrifice for something they don’t feel connected to. But if the groups highest in patriotic sentiment aren’t interested in serving in the same numbers as in the past, what else is going on?

In 2013, 44 percent of all military recruits came from the South. Georgia and Florida take the top spots in terms of enlistment rates while the Northeast lags considerably with the exception of Maine. Racial representation of the enlisted force remains consistent with overall representation in the United States. This leads to the second reason the Pentagon’s premise of connection is in trouble: the woke culture war.

As the American Conservative’s Rod Dreher said in December 2021, when commenting on the balkanization of military recruiting districts, “conservative American families are wondering why their sons and daughters should fight these foreigners on behalf of the same elite class that is waging culture war on them at home?” Calling it a “national security crisis created by the civilian and military leadership,” Dreher claims numerous military families have confided in him that they are steering their children away from service for this exact reason. Considering that, in 2019, 79 percent of Army recruits had a family member who served, recruiters should be alarmed. Whether the Pentagon understands this isn’t clear, but their leaders have yet to publicly acknowledge it.

These perspectives aren’t confined to opinion columns either. Congresswoman Marjorie Taylor Greene might be crass and loony at times, but she was duly elected, and her constituents in rural northwest Georgia are primo real estate for recruiters. Yet in April, Greene compared joining the military to “throwing your life away,” citing incompetent military leadership and the influence of wokeness in the Defense Department. While Dan McLaughlin at National Review categorized her views as the “fringe of the far right” and “out of step with how ordinary workaday conservative voters think and talk,” the current developments seem to verify Greene’s claims.

Imagine you are an eighteen-year-old, white, Christian male in Georgia with a family history of military service. As you progressed through your teen years, you watched Confederate statues being torn down and military bases being renamed, endless media and elitist demonization of your culture as racist and deplorable and backwards, and military and civilian leadership that thinks diversity and inclusion (i.e. fewer white men) is best thing since sliced bread. Would you volunteer? Identity politics works both ways. Trash my tribe and I won’t associate with you, let alone risk my life. It shouldn’t be a shock, then, that those expressing a “great deal of trust and confidence in the military” dropped from 70 percent in 2018 to 45 percent today.

The long-term health of the all-volunteer force that began in 1973 now appears to be in serious jeopardy. The general public’s declining connection and trust in the nation and its institutions paired with the elites’ incessant culture war targeting the very Americans who traditionally served in the highest numbers spells trouble.

The only silver lining might be that a lack of recruits will force a reduction in the size of the force and hence military spending. This might already be underway, with the Army announcing in March that instead of growing by 70,000 troops they will shrink by 12,000. The war machine needs human cogs to keep turning; we’ll see how they’re able to function without them.

by Jeff Groom Jeff Groom is a former Marine officer and author of the satirical novel American Cobra Pilot: A Marine Remembers a Dog and Pony Show.

Jeff Groom is a former Marine officer and author of the satirical novel American Cobra Pilot: A Marine Remembers a Dog and Pony Show.