The paper has long had a blind spot for the Jews, a trend that continues today 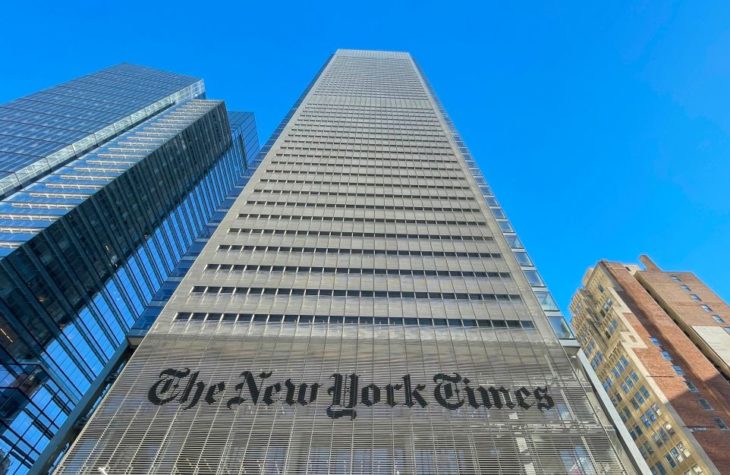 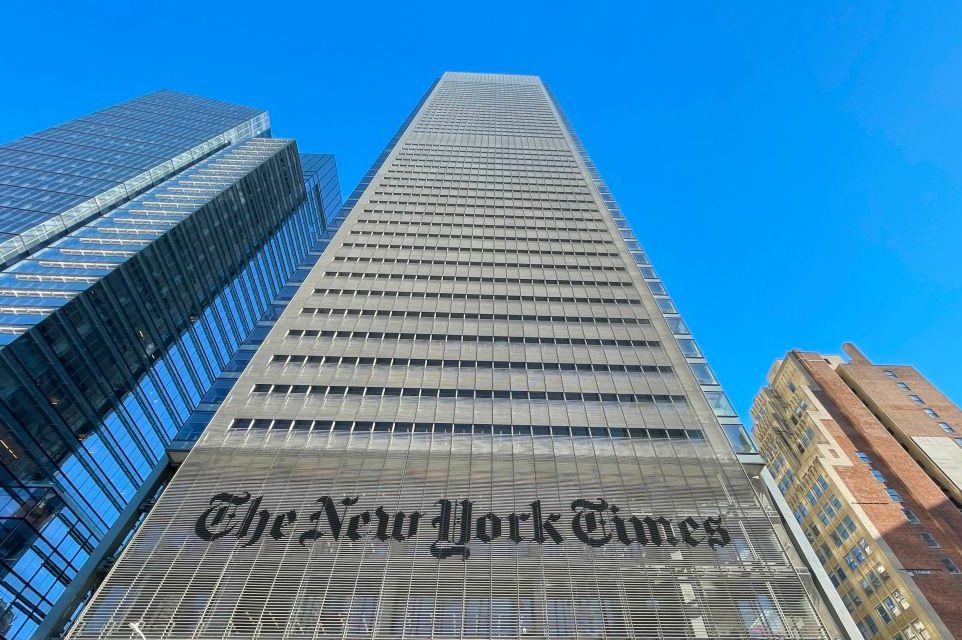 After the House of Representatives decided yesterday that it would be, well, a bit much to leave millions of Israeli civilians at risk of being blown up in their own beds, the 'progressive' wing of the Democrat party was devastated.
'Minutes before the vote closed, Ms Ocasio-Cortez tearfully huddled with her allies,' ran a heartrending report in this morning's New York Times, describing the House’s 420-to-9 decision to approve funding for Israel’s Iron Dome missile defense system.
'The tableau underscored how wrenching the vote was for even outspoken progressives, who have been caught between their principles and...

After the House of Representatives decided yesterday that it would be, well, a bit much to leave millions of Israeli civilians at risk of being blown up in their own beds, the ‘progressive’ wing of the Democrat party was devastated.

‘The tableau underscored how wrenching the vote was for even outspoken progressives, who have been caught between their principles and the still powerful pro-Israel voices in their party, such as influential lobbyists and rabbis.’ 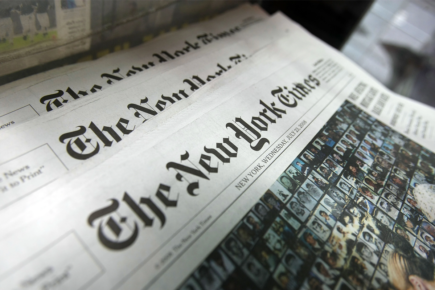 Those dastardly influential lobbyists and rabbis, skulking in corners and agitating for the Middle East’s only democracy to be protected from genocidal attack! It was almost as if a gross anti-Semitic stereotype had somehow made its way into the pages of America’s paper of record.

It wasn’t long before the outrage mounted on Twitter. The New York Times editors decided to cover their tracks. If you look at the story now online, the line about ‘influential rabbis’ has been quietly deleted.

So it goes. But I am rather cross with the Times at the moment. On Sunday, its journalists ripped off a world exclusive about a Mossad assassination that I had published in the Jewish Chronicle in February, passing it off as their own. (Ironically enough, the principal culprit, Ronen Bergman, had sued another journalist for plagiarism in 2013.) My subsequent complaint to Bergman was superciliously ignored, and an official letter from the Jewish Chronicle’s editor to the editor of the Gray Lady requesting an apology and correction was met with a wall of silence.

The sheer contempt with which the Times appears to hold Jews, Jewish interests, Jewish safety and Jewish publications is tangible. Depressingly enough, it is hardly new. Despite its Jewish-ish ownership, as Ashley Rindsberg — author of The Gray Lady Winked: How The New York Times’s Misreporting, Distortions & Fabrications Radically Altered History — has pointed out, America’s most venerable publication has long had something of a blind spot for a certain ancient ethnic and religious group (you know, the one with the Nobel prizes).

In the 1930s, the paper employed a journalist with close Nazi connections, Guido Enderis, as its Berlin bureau chief, leading to a slew of stories that played down the Nazi party’s persecution of Jews while exaggerating its supposed peaceful intentions. When details of the Holocaust began to leak out, the Times notoriously stuck the news in its back pages (as books like Laurel Leff’s Buried By The Times have documented). Accounts of the gruesome 1943 massacre of Jews in Austria and Italy, for example, appeared only on pages six and 35, respectively.

This trend picked up pace with the advent of the Jewish State, as the Times rarely missed an opportunity to slander Israel and side with the Palestinians, especially during the Intifadas. And so to today, when during the recent Gaza conflict the paper published a front page riddled with lies, errors and half-truths, designed to paint Israel unfairly as a heartless killer of kids. As I argued back in June, modern Israeli wars are waged on two fronts: military and public opinion. The New York Times is helping Hamas win in the latter arena.

If you can’t be fair and objective to the Jews, what does that say about your moral compass? Sadly, the Gray Lady’s heart has rotted. The pro-Israel lobby is hardly the largest on Capitol Hill; it is vastly outspent by countries like South Korea and Japan, not to mention the gargantuan pharmaceuticals, electronics and insurance lobbies. The Times must know this. Yet this week, it gave oxygen to an anti-Semitic conspiracy theory. And not for the first time.