His bleating about Rand Paul is pathetic 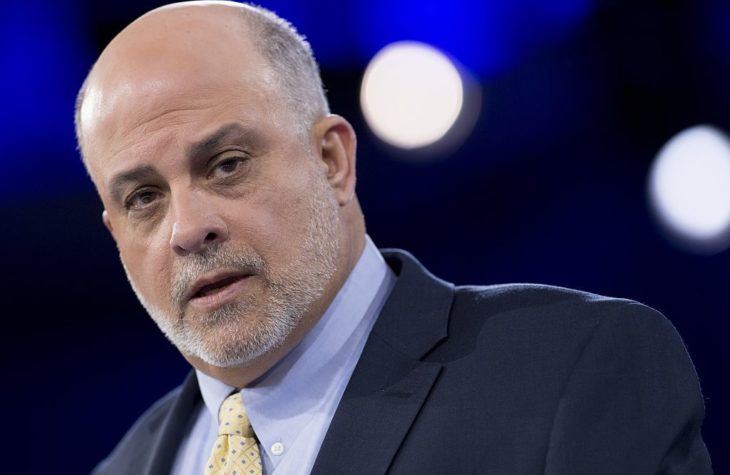 Levin asked sarcastically on Twitter, 'Would Rand Paul be representing us or Iran?'

Then Levin tore into Paul further, as reported by the neoconservative Washington Free Beacon. The talk host’s criticisms of the senator are so ideologically twisted, only decipherable through a dated Bush-Cheney-era foreign policy lens, that it’s hard to know where to begin.

So let’s break his hysteria down sentence by sentence.

Levin asked sarcastically on Twitter, ‘Would Rand Paul be representing us or Iran?’

Then Levin tore into Paul further, as reported by the neoconservative Washington Free Beacon. The talk host’s criticisms of the senator are so ideologically twisted, only decipherable through a dated Bush-Cheney-era foreign policy lens, that it’s hard to know where to begin.

So let’s break his hysteria down sentence by sentence.

‘I don’t trust Rand Paul when it comes to foreign policy,’ Levin said, ‘because he’s an ideologue.’

It is true Paul is a libertarian, which is no doubt an ideological persuasion, who generally believes war should be a last resort. But it is also true Levin subscribes to neoconservative foreign policy, which is also ideological, and which also means he has wanted war with Iran long before this current moment, whether it’s wise or not.

‘When it comes to foreign policy you need to have prudence,’ Levin said, criticizing Paul. ‘That is, you can’t have an ideology, other than you want to protect America of course.’

Some might believe prudence means talking to your enemies first, as Paul might do with Iran with Trump’s reported blessing, instead of always itching to shoot first and ask questions later. What’s ‘prudent,’ exactly, about the latter?

Similarly, when Ronald Reagan decided to meet with Mikhail Gorbachev in 1985, the ideological hawks of his day called the Republican president traitorous or worse. They portrayed Reagan as weak for not wanting to turn the Cold War into a hot one.

As for ‘protecting America,’ it was the Iraq War — and hawks like Levin who supported it — that empowered Iran like no other event in recent history, and that grand mistake also set the stage for the rise of ISIS.

Does Levin believe a stronger Iran has been better for US national security? Does he think deposing Saddam Hussein, thus creating a vacuum in which ISIS thrived, was good for America and the region?

I won’t hold my breath for an answer.

‘I just hope he doesn’t get sucked into this, I really do,’ Levin said of Trump, ‘because Rand Paul is the wrong guy to be running interference to be running point.’

In 2016, Levin said after a Republican primary debate in which the poll-leading candidate at the time blasted the Iraq War, ‘To have the leading Republican nominee for president of the United States to make these statements, and he’s been praised by Code Pink. He should be praised by Code Pink and every kook organization out there and every left-wing kook organization that hates America.’

Levin was talking about Donald Trump.

‘A lot these people who say America first, they don’t believe in America first,’ Levin continued in his comments Thursday, alluding to Paul. ‘They believe when it comes to foreign policy, America last.’

Does Levin actually believe this, which is sad if true, because he’s an intelligent man, or does he know he’s being deceptive?

When Donald Trump threw down the ‘America First’ gauntlet to the Republican party establishment during the 2016 presidential primaries, arguably the most significant part of his critique was damning the Iraq War and President George W. Bush for starting it.

In August 2018, Politico reported, ‘Trump has stopped short of calling for regime change (in Iran) even though secretary of state Mike Pompeo, secretary of defense James Mattis, and Bolton support it, aligning with Paul instead, according to a GOP foreign policy expert in frequent contact with the White House.’

Levin doesn’t like Paul but adores Pompeo and Bolton.

Politico also noted, ‘”Rand Paul has persuaded the president that we are not for regime change in Iran,” this person said, because adopting that position would instigate another war in the Middle East.’

Trump has since said that he still wants to avoid another Middle East debacle.

If Mark Levin believes putting ‘America First’ means the Iraq war was a good idea (he does), and if he also believes putting his country first means repeating that mistake in Iran (he does) — a country three times the size of Iraq — he is entitled to that opinion.

But don’t pretend that this is what President Trump means when he says ‘America First.’ Don’t pretend Rand Paul is on the opposite side of Trump on this issue, when he clearly isn’t.

President Trump might talk tough as a strategic tactic, but has signaled time and again that he wants to put his country first by avoiding another disastrous war like Iraq. Hopefully, Sen. Paul can help on this front.

It’s time to finally turn the page in how America defines and achieves a better national security. Donald Trump is right that the last Republican president got foreign policy horribly wrong, as did the loudest voices on the Right who devotedly supported him to the bitter end.

Mark Levin’s attacks on Rand Paul this week remind us that the talk host will always put war first, not because it’s what’s best for his country, but because his ideology demands it.