MAGA arrives at the last level of the video game

For all the pathetic LARPing that took place on Wednesday, what happened inside the Capitol wasn’t a game 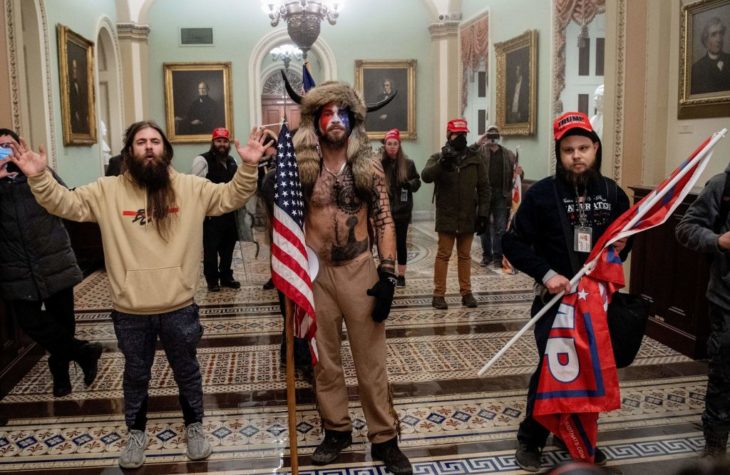 Trump supporters in the halls of the Capitol (Getty) 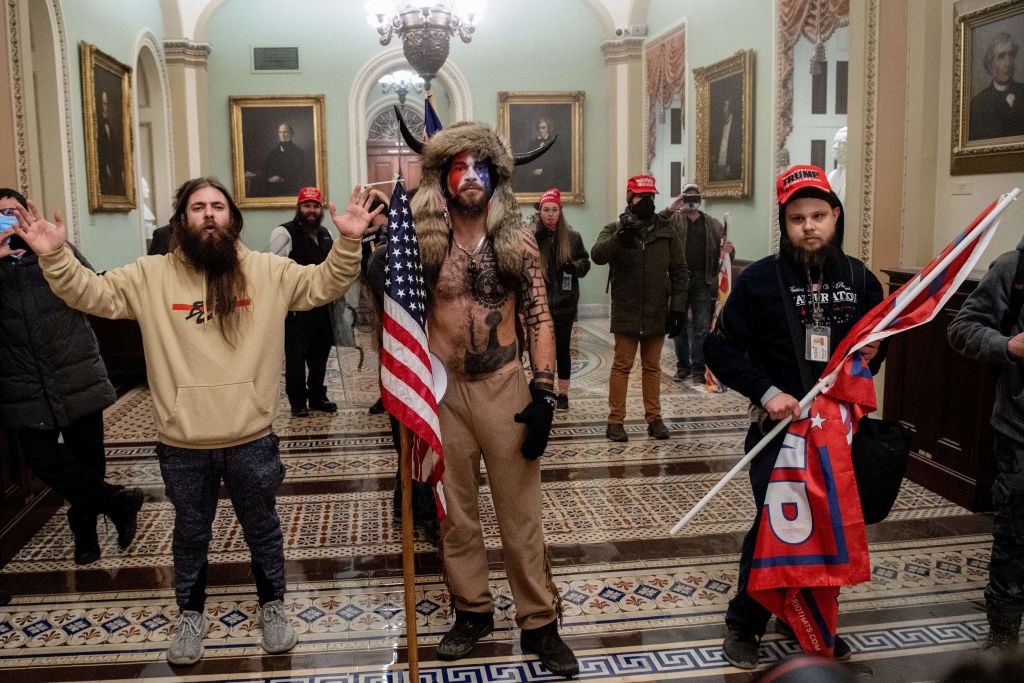 MAGA arrives at the last level of the video game

I played my share of video games when I was a kid and there was nothing quite like getting to the last level. You’d fought your way through various sewers and hideouts, past a series of increasingly bullet-resistant guards, encountering a couple cheesy plot twists along the way. But for the last level, you had some idea what was coming. It had been alluded to in the game story, previewed in the instruction manual. And so you felt a rush of awe as you wandered around, having finally made it to the end, even as...

I played my share of video games when I was a kid and there was nothing quite like getting to the last level. You’d fought your way through various sewers and hideouts, past a series of increasingly bullet-resistant guards, encountering a couple cheesy plot twists along the way. But for the last level, you had some idea what was coming. It had been alluded to in the game story, previewed in the instruction manual. And so you felt a rush of awe as you wandered around, having finally made it to the end, even as you hunted for that body armor you desperately needed.

That was how many of the dipshits who stormed the Capitol in Washington DC on Wednesday seemed to behave. For months, they’d LARPed their way towards the endgame: reading and rereading Trump’s tweets during the loading screens, purchasing supplies from conveniently located vendors, gathering allies on Twitter with sub-NPC levels of intelligence. Now, at last, it was forward, up the steps, into the Rotunda. The progress bar appeared for the final level of Modern Warfare 482: Capitol Insurrection. And after it had loaded, you couldn’t help but admire how pretty the graphics were.

Video has since emerged from inside the Capitol of rioters meandering around in awe, admiring the art and the statuary, taking pictures, peeking into congressional offices and commenting on how nice they looked. Many of the insurrectionists had reportedly never been to DC before, which made the Capitol as alien an environment to them as the planet Xen was for me. Even stranger was that the place seemed suspiciously unpatrolled; surely there were more guards closer to the Senate chamber, but how many? And was there a final boss? Maybe that dreaded mutant traitor Mike Pence? Whatever the case, you may as well take a moment to sit in Nancy Pelosi’s chair and read the envelope on her desk. The message on it isn’t at all helpful, but you can still save it to your inventory.

I simply don’t know how else to account for the presence of a shirtless self-styled shaman in a Viking hat without concluding he thought he was in some kind of game. This is how our politics have gone over the past four years. The news cycle is now referred to in almost exclusively competitive terms: who can win it, who can score the most points. Twitter is a kind of game unto itself, pitting users against each other to see who can rack up the most dunks and likes (game over is when you get ratio’d). We sit around in our ludicrously comfortable ergonomic chairs sipping our Mountain Dew from out of our basement mini-fridges staring glass-eyed into our LCD screens and then we adjust our Amazon-discounted snuggies monogrammed with our dog’s initials and conclude that we’re doomed, done for, there’s a war going on, and we must fight back.

That this is a stupid way to engage in politics has gone largely unremarked upon — except, perhaps, until the events of January 6. Because for all the pathetic LARPing that took place that day, what happened inside the Capitol wasn’t a game. For the first time, the graphics melded into marble and flesh. And while in video games you usually only lose if you die, real life comes attendant with consequences. The man who sat in Nancy Pelosi’s chair and stole her mail, Richard Barnett, was arrested in Arkansas on Friday and will do hard time. The Capitol Police officer whom one rioter reportedly bludgeoned to death with a fire extinguisher will not respawn. Much of your nation beholds your actions with utter horror and contempt; it may be that your employer does as well.

Yet even as horrifyingly real videos emerge — thuds on locked doors while people huddle in fear, a bellowing mob trying to trample a line of riot police — you can feel the video-game mentality creeping back in. You can go on social media and find the events of 1/6 reduced to memes and GIFs. You can post to Facebook a genuine expression of anger and attract laughing-face emojis. You can find smug partisans sitting around in their Juicy sweatpants pontificating about how it wasn’t really an insurrection, a coup — and hadn’t the antifa villains in the previous game been so much worse anyway? You can find men without chests more outraged over Twitter’s deplatforming of Donald Trump than the deaths of five people. You can go on Parler and read about the chilling sequel to come.

This reduction of one’s own nation, one’s fellow countrymen, to detached entertainment is the thickest root that snakes beneath the tragedy at the Capitol. I’d always hoped the internet might act as a paradox, enabling vitriol yet ultimately preventing real bloodshed since there’s such a massive chasm between dragging a Twitter avatar and smashing a human face. Apparently not. The most jarring final level of a video game I can remember was in Zelda: Link’s Awakening, after which the entire world is revealed to be a dream and slowly disappears. That’s about the best we can hope for now: that we’ll jolt awake in a cold sweat and find that none of this ever really happened.