Chicago is turning into New York, only with worse weather 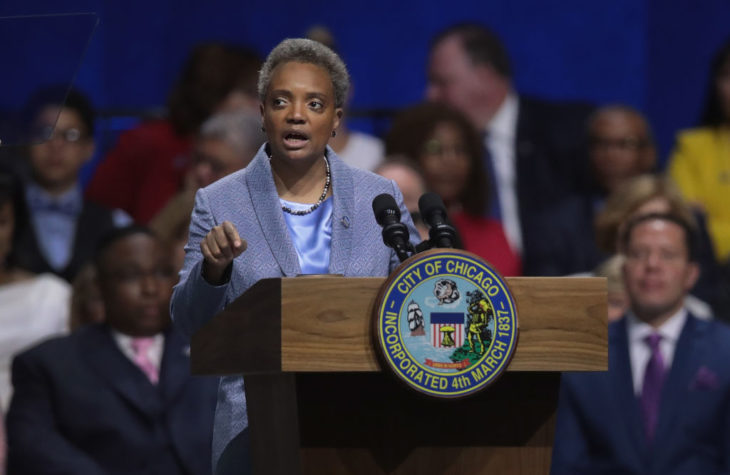 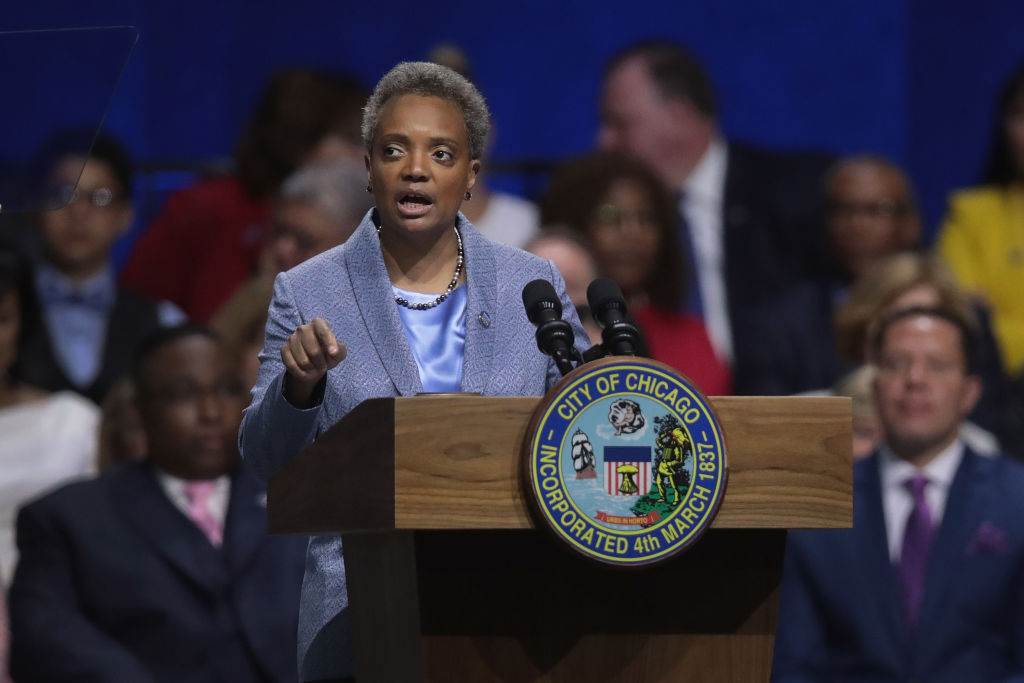 It’s not known when Chicago mayor Lori Lightfoot experienced the first stirrings of her secret GOP gland, but knowledgeable conjecture puts it perhaps two nanoseconds after taking the oath of office in 2019. It’s then that Lightfoot, buoyant after having been swept into office with 74 percent of the vote, surely had an alarming thought: ‘OMG, I’m mayor. What do I do now?’

All Democratic politicians aspiring to executive office have a secret Republican gland, although it’s vestigial till they sit behind an executive desk. When it’s dormant they can sign up for any damn fool...

It’s not known when Chicago mayor Lori Lightfoot experienced the first stirrings of her secret GOP gland, but knowledgeable conjecture puts it perhaps two nanoseconds after taking the oath of office in 2019. It’s then that Lightfoot, buoyant after having been swept into office with 74 percent of the vote, surely had an alarming thought: ‘OMG, I’m mayor. What do I do now?’

All Democratic politicians aspiring to executive office have a secret Republican gland, although it’s vestigial till they sit behind an executive desk. When it’s dormant they can sign up for any damn fool notion. During her mayoral campaign, Lightfoot had cheerfully endorsed both an elected school board and an elected police board.

Polls over the years have found Chicagoans favor an elected school board by wide margins. The average citizen reasons: if elections = good, more elections = better. 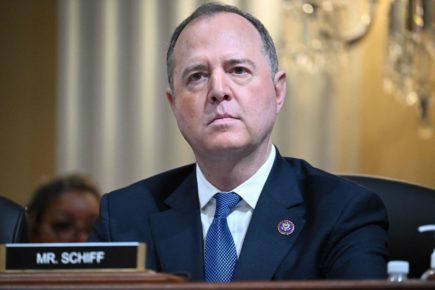 Presumably that’s what candidate Lightfoot thought. Mayor Lightfoot, however, began hearing voices. They said things like: ‘Ma’am, if you’re not in charge of the schools and the cops, you’re basically left with the garbage trucks. What’s the point of being mayor?’ She soon walked back her support of elected boards.

Too late. As I write, state legislation creating a 21-member elected school board appears headed for the governor, who’s expected to sign it over Lightfoot’s objections. Editorial writers for Chicago newspapers think this will be a disaster. Some fear candidates backed by the Chicago Teachers Union will win the majority of seats and vote teachers generous raises in a city already in financial crisis. Others foresee bitter battles between CTU candidates and proponents of charter schools. An elected police board presumably is up next. Lightfoot recently proposed a board that would be merely advisory, leaving the real power with her. Perhaps she’ll prevail, but I’m not holding my breath.

In the old days there were two brakes on half-baked governmental experiments in Chicago. The first was the Cook County Democratic political organization, known in its glory days as ‘the Machine’. (Chicago is the heart of Cook County.) The Machine controlled all local and much Illinois government authority. For 36 of the past 38 years, the Speaker of the House in the Illinois General Assembly, as the state legislature is called, was the Chicago Democrat Mike Madigan. One of the most powerful politicians in the state, he could quash or reshape legislation not to the liking of Chicago mayors.

One instance came during the 1995-96 session of the General Assembly, the last in which Republicans controlled both houses. The legislature unexpectedly bestowed upon then-mayor Richie Daley the power to appoint the entire Chicago school board, daring him to improve what had been described as the worst public school system in the nation. Daley used his new authority to implement reforms. At least partly as a result, the schools noticeably improved.

That’s out the window. The Machine has disintegrated, Madigan has resigned and Illinois Republicans have receded into inconsequence. Democrats now control both houses of the General Assembly by supermajorities, meaning they can pass any legislation without fear of veto. The result is that Chicago is turning into New York, only with worse weather. No one is in charge. The General Assembly routinely passes bills over Lightfoot’s objections and the governor signs them into law. It’s not just boards. This spring the state enacted an increase in pension benefits for Chicago firefighters, although the city can’t afford the obligations it already has.

Even the historically docile City Council has become difficult to control. Matters that would once have been quietly tabled now get a respectful hearing. Recently a group of black aldermen proposed renaming a Chicago street in honor of Jean Baptiste Point DuSable, a black man thought to have been the city’s first permanent non-indigenous settler. In principle this was a laudable idea. DuSable seems to have been a good fellow and Jean Baptiste, etc. is a helluva name. The problem was that the street proposed for renaming was Lake Shore Drive, an iconic thoroughfare that’s also the city’s most prestigious address. That struck many as rash, including Lightfoot, who’s black herself.

After much acrimony, a Solomonic compromise was reached in which the outer drive — the express lanes — was renamed Jean Baptiste Point DuSable Lake Shore Drive, a comically long handle that people can abbreviate however they like, while the inner drive, where most of the buildings are, remained plain old Lake Shore Drive. Meanwhile, more pressing matters in the black community, such as street violence and police reform, remain unaddressed.

Lightfoot has brought some of her troubles on herself; she can be thin-skinned and tetchy. But her real problem isn’t personal but structural. The more visible elements of Illinois’s corrupt establishment are gone, leaving little behind. There are pressure groups, constituencies and people with agendas or money. Illinois being a blue state, there’s a collection of unexamined ideas that might be loosely described as progressive. But that’s it. There are fragments but no whole.

Lightfoot herself is a product of the upended political environment that now makes her life so difficult. She won in a landslide not because of her popularity but because voters who’d endured one scandal too many were disgusted with everybody else. The power brokers on whom her predecessors relied were swept aside by the same wave that brought her in, leaving her at the mercy of every dubious notion that comes along. At a time when Chicago’s troubles seem overwhelming — more than 100 people were shot over the Fourth of July weekend, at least 18 fatally, the most since 2017 — the mayor is increasingly a figurehead.

And yet, Chicago in some respects is thriving. On a beautiful Fourth of July, my wife and I went for a bike ride on the city’s lakefront. We had a lot of company – seemingly the entire town, freed from pandemic restrictions, had decided to spend the day at the beach. Brats sizzled on grills. (Bratwurst, not children.) Volleyballs were spiked over nets. Attractive individuals basked on boats.

There’s much to be said for living in one of the world’s great cities, we thought. We’re surely not alone. Perhaps collectively we can figure something out.