People believe in the craziest things 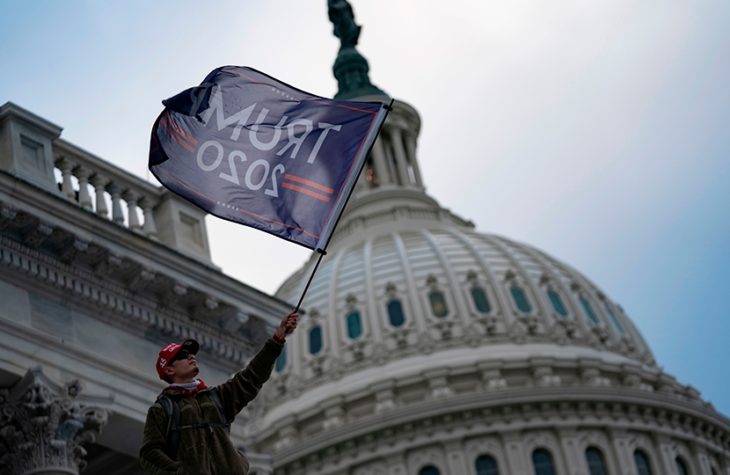 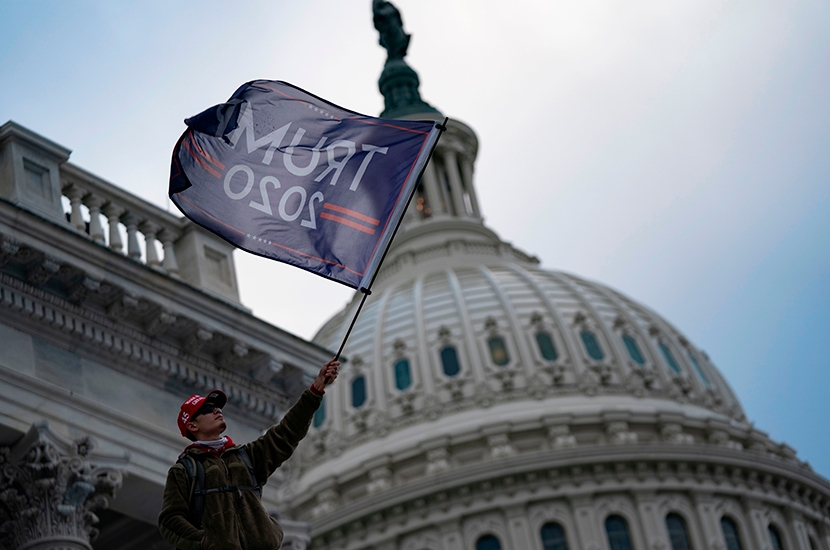 Following his disgruntled supporters’ rampage through the Capitol, Donald Trump’s fate hangs in the balance. But one artifact of this disreputable administration will survive Trump himself: doubt over the legitimacy of the 2020 presidential election, shared by some 39 percent of the electorate, including two-thirds of Republicans.

However refuted in the courts, Republicans’ pervasive conviction that the election was ‘stolen’ must be partially rooted in their rollercoaster emotions while watching the returns. On election night, Trump seemed to be winning. Trump himself declared victory. Only across the following four days, as counts of mail-in ballots dribbled...

Following his disgruntled supporters’ rampage through the Capitol, Donald Trump’s fate hangs in the balance. But one artifact of this disreputable administration will survive Trump himself: doubt over the legitimacy of the 2020 presidential election, shared by some 39 percent of the electorate, including two-thirds of Republicans.

However refuted in the courts, Republicans’ pervasive conviction that the election was ‘stolen’ must be partially rooted in their rollercoaster emotions while watching the returns. On election night, Trump seemed to be winning. Trump himself declared victory. Only across the following four days, as counts of mail-in ballots dribbled in, did the President’s lead slip agonizingly away. It’s far more upsetting to appear to win something only to be ‘robbed’ of that victory than to lose outright at the start. Most Trump voters feel the election was stolen because that was their subjective experience of that week. Trump’s own demented belief in his pilfered ‘landslide’ must have become quite so bitterly consuming because he’d enjoyed that brief period of elation on the Tuesday night, which was, however temporarily, based on fact.

Granted, Trump had primed his constituency to expect the Democrats to cheat for months in advance. Yet however consequential this ‘alternative fact’ for the American public’s shared faith in their political system, the astonishingly prevalent myth of the ‘steal’ exemplifies a far bigger problem than this one highly contagious lie.

At its inception, the internet promised instant universal access to more information than people had ever historically enjoyed by orders of magnitude. During the web’s early days in the 1990s, expectations were idealistically high. We would all become wiser and better educated. With hard data and qualified expertise at our fingertips, we’d actually know what we were talking about, rather than spout rubbish off the tops of our heads. We’d communicate with a vast range of social and professional contacts, resulting in an explosion of innovation and personal empathy. I know. Painful to recall. Almost funny, except it isn’t.

Little did we anticipate that loads of information is not the same thing as loads of accurate information. We didn’t remember what people are like. We form opinions first and look for evidence later. We believe what we want to believe, and we’re suckers for whatever promotes our perceived self-interest. We’re not, in the main, rational creatures, and act more from emotion than reason. We prefer interaction with the like- minded, who fortify what we already think — meaning we instinctively seek out the very antithesis of education. If anything, the internet has made us stupider.

Putting people in touch with one another has proven a dubious business as well. The formation of geographically dispersed but ideologically uniform ‘communities’ magnifies myths and multiplies misinformation. One of the main reasons we believe something is that other people believe it. One can now locate scads of folks fiercely convinced that the US is controlled by Satanic pedophiles. All this agreement feeds itself. Crazies who mix exclusively with other crazies feel perfectly sane. Given America’s political segregation — now more drastic than racial segregation — many Republicans will not know a single person who thinks that the 2020 election was free and fair.

In the US, this crisis — over no less than what is reality — has been exacerbated by media polarization, which has tainted once-reliable news sources with partisan advocacy. In fact, the integrity of the mainstream media has been one of the most dispiriting casualties of the Trump era. Presenters on latter-day CNN sound like evangelists. For most of my life I’ve turned to the New York Times for dependable factual content. No longer. (I especially distrust any article about Britain, on which the paper has been waging a vicious propaganda war since the referendum.) To triangulate, I now subscribe to a plethora of newspapers and magazines, an impractically costly solution, and I haven’t the time to read them all. In the end, I’ve still little choice but to broadly trust mainstream news, if only because regarding all sources of information as dishonest is exhausting, and logically leads to disengagement and apathy, if not to nihilism and misanthropy.

Nevertheless, how do we know what we think we know? Most of us imagine that cult-like belief systems sustained by self-reinforcing feedback loops are the pitfalls of other people — the loons who spend all day watching fringe firebrands on YouTube. Few Britons will be susceptible to the counter-factual universe in which Trump’s 2020 ‘landslide’ was ‘stolen’.

But 85 percent of Britons endorse lockdowns to suppress COVID-19, and the stricter the better. Yet liberal democracies have never before responded to contagious disease by rescinding civil rights, repressing family and social life and stifling their economies. Just as conspicuously, lockdowns, and the UK’s equivalent high-tier restrictions, demonstrably have not worked. Turn on the news: lockdown is not working now. The coronavirus is ‘out of control’ because it’s never been in control. Biology does not respond to government fiat, much less to absurd micromanaging like having to order a ‘substantial meal’ with a pint or classifying a coffee as a ‘picnic’. Joining some two dozen similar international studies, yet another peer-reviewed paper from Stanford University documented last week that while mild interventions like social distancing and appeals to the public have some epidemiological effect, lockdowns do not: ‘We fail to find an additional benefit of stay-at-home orders and business closures.’

Yet so imperviously certain is the fact-proof popular belief in lockdown that anything I might write to debunk the policy will fall overwhelmingly on deaf ears. For many readers, I’ve merely revealed once more that I live in the same sort of dangerously deranged, even murderous, alternative universe as the ‘stop the steal’ camp that ransacked the US Capitol. Lockdown advocates have the numbers. But crowds are known for both wisdom and madness. And people believe what they want to believe. No one wants to imagine that they’ve made often drastic personal sacrifices and helped ravage their country into the bargain to no purpose. How can you be sure which of us is living in a delusional, self-reinforcing bubble?