A letter from Canada: we’re handling COVID worse than you 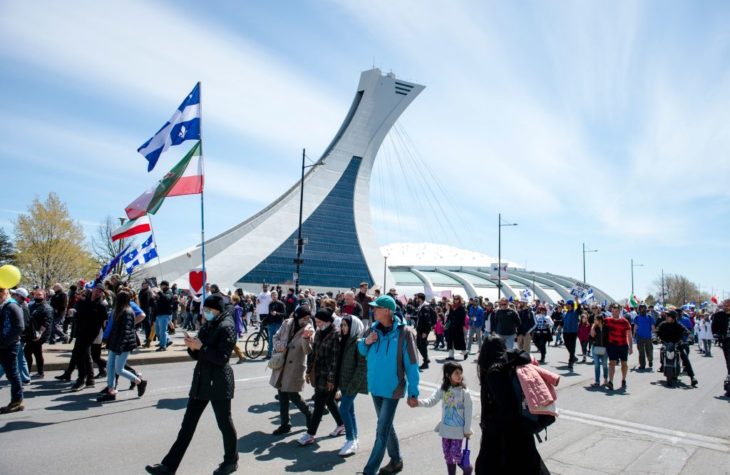 Demonstrators march past the Olympic Stadium in a protest against new COVID-19 mask and curfew restrictions in Montreal, May 2021 (Getty) 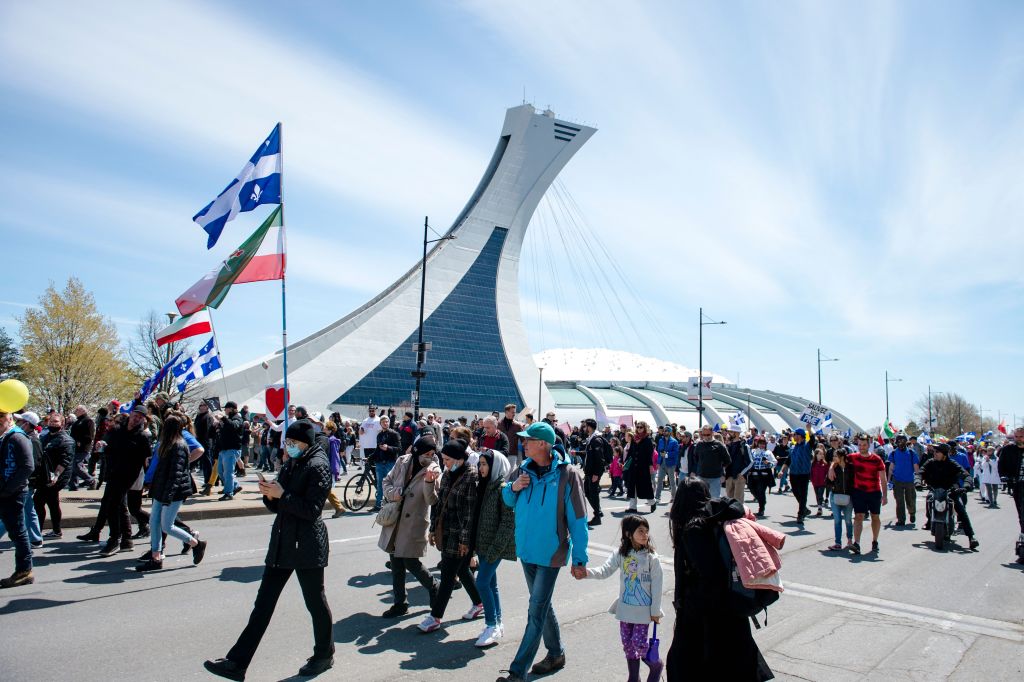 A letter from Canada: we’re handling COVID worse than you

No, this time we mean it. You likely hadn't noticed, but Canada has lost one of our greatest sources of consolation during the COVID-19 pandemic: that things weren’t nearly so bad as they have been south of our border. Even the editorial board of Canada's leading national newspaper, the Globe and Mail, acknowledges that Canada is doing far worse at managing the pandemic than the US.

A smug feeling of moral superiority over Americans is a regrettable part of our national character. This attitude seemed more justified than ever as...

No, this time we mean it. You likely hadn’t noticed, but Canada has lost one of our greatest sources of consolation during the COVID-19 pandemic: that things weren’t nearly so bad as they have been south of our border. Even the editorial board of Canada’s leading national newspaper, the Globe and Mail, acknowledges that Canada is doing far worse at managing the pandemic than the US.

A smug feeling of moral superiority over Americans is a regrettable part of our national character. This attitude seemed more justified than ever as we watched the apparently chaotic early American approach to COVID.

None of this is to say that any sane person took pleasure in the suffering of our American neighbors and allies. But as bad as things were up north, Canadians were at least able to look southward and see that it could always be worse. And we cut our leaders a lot of slack for our lack of pandemic preparedness and their many missteps and costly errors.

So, it came as a shock to a lot of people when our think tank, the Macdonald-Laurier Institute, released a comprehensive, data-driven, comparative study of the pandemic performance of 15 rich industrialized countries this past March. We called it the MLI COVID Misery Index. When the numbers were crunched, Canada was ranked a rather poor 11th. Even worse, we were behind the much-maligned United States, at ninth overall.

At first a lot of the commentariat scoffed that the Index couldn’t possibly be right because Canada ranked behind the US. But in large part thanks to the irrefutable data we marshaled, America’s superior performance has now become conventional wisdom in Canada, while our own poor performance has recently been mocked in the American and international media.

How does the US outperform Canada? We’re so glad you asked.

We looked not only at the spread of COVID and the associated deaths, but also the increase in death rates from all causes; the economic and human cost in lost jobs; the public debt burden facing future generations; the harm done by restrictive lockdown policies; and the success or failure of the roll out of health measures such as vaccines and testing and tracing programs.

While we have found this week that Canada has actually gone up one place to 10th in the Index rankings, we are stubbornly stuck behind the US in ninth place.  As the US vaccination program rolls out at an impressive pace, it’s likely the gap will widen.

The US success is largely built around its Index-leading vaccination program. While many parts of the initial US response to the pandemic were less than stellar, the Trump administration recognized that vaccines were the path to normalcy. Operation Warp Speed and having supply and distribution chains ready to start vaccinating people mean that the pandemic nightmare will end earlier in the US than it will in every other country in our Index — and certainly well ahead of Canada. Furthermore, the US decision to prioritize getting both vaccination shots (most available vaccines require two doses) to the most vulnerable means that, over time, public health responses such as enforcing lockdown measures (or what we call stringency) are becoming less restrictive in the US. Meanwhile, Ontario, Canada’s largest province, is under a ‘stay at home’ order, there is an 8 p.m. curfew in Quebec and other provinces are ramping up restrictions.

If anything, in Canada the situation feels worse now than it did at the outset of the pandemic. And while restrictions are more severe than ever, anecdotal evidence suggests that compliance is falling, which will only prolong our misery.

True, the incidence and mortality from COVID-19 has been lower in Canada over most of the pandemic, but recently Canada surpassed the US in cases per million. As well, the rate of ‘excess deaths’, or the increase above trend in deaths from all causes is worse in Canada suggesting that in our country we have focused health care resources on COVID to the exclusion of other urgent health needs, a Faustian bargain indeed. Moreover, the economic misery that has been heaped upon us is far greater than in the US. Both countries experienced steep declines in GDP and sizable increases in unemployment. Both countries added significantly to their public debt, although Canada’s borrowing was proportionately greater. However, as COVID-19 conditions have improved in the US, unemployment has fallen, GDP has risen and IMF economic forecasters project rapid growth in output through the remainder of 2021. The forecasts for Canada are more tepid; we won’t recover lost output levels until mid 2022. The US will be a full year ahead.

We are both proud Canadians. But we also believe Canadians need to get past their inferiority complex vis-à-vis the United States. Our pandemic performance has been nothing to be proud of and we need to swallow our pride and learn lessons from other countries, including our American neighbors.

So we’re sorry that so many of our fellow citizens regarded your early pandemic experience as a reason for smug complacency about our own response, but then in our experience more than a few Americans harbour unhelpful and unjustified prejudices about Canada. Maybe our two countries could collaborate on a vaccine for that?