Lil’ Kim: should the West prepare for chaos in North Korea? 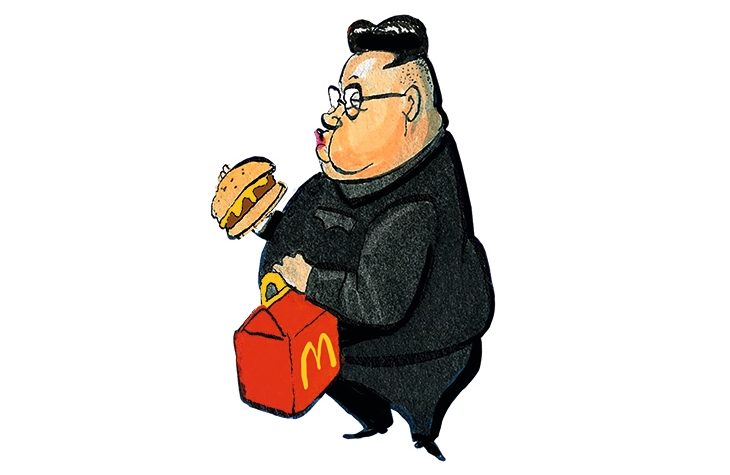 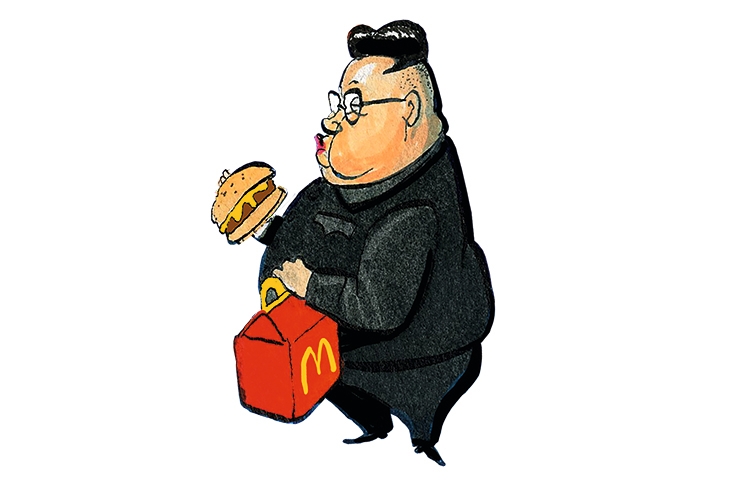 Lil’ Kim: should the West prepare for chaos in North Korea?

On June 24, North Korean state TV aired a short interview with an unnamed Pyongyang resident. The man, who appeared to be in his fifties, said that his fellow countrymen had all been left heartbroken and in tears when they saw the new, ‘emaciated’ look of Kim Jong-un. The country’s hereditary dictator, who hadn’t been seen in public for a month, recently reemerged looking rather different. Even now it’s a bit of a stretch to call him ‘emaciated’, since his estimated body weight is nearly 260 pounds. Still, it is a big drop from the...

On June 24, North Korean state TV aired a short interview with an unnamed Pyongyang resident. The man, who appeared to be in his fifties, said that his fellow countrymen had all been left heartbroken and in tears when they saw the new, ‘emaciated’ look of Kim Jong-un. The country’s hereditary dictator, who hadn’t been seen in public for a month, recently reemerged looking rather different. Even now it’s a bit of a stretch to call him ‘emaciated’, since his estimated body weight is nearly 260 pounds. Still, it is a big drop from the 320 pounds he weighed only a month earlier.

However, it was not Kim’s weight loss but the interview itself which was truly surprising. Ever since Kim came to power in 2011, his health has been a topic of speculation for the western media — he is obese (with a reported passion for Swiss cheese), smokes like a chimney and is thought to drink excessively. But in North Korea, even a private chat about the leader’s appearance would land you in a prison camp.

Why has this decades-old taboo been broken? The most logical explanation is that something really is wrong with Kim’s health, and that the situation is grave enough that the state-run media is beginning to drop hints about the problems. Instructions to do so will have come from the very top. 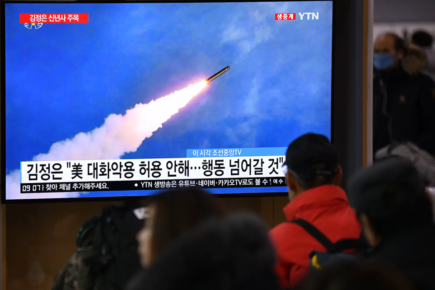 Why did North Korea fire a missile over Japan?

Reports of something amiss first began to arise in April last year. Kim disappeared from public view, failing to appear at the annual commemoration of his grand-father Kim Il-sung’s birthday on April 15, or even to send the customary flower basket. This is a major official holiday in the country; Kim’s absence was the equivalent of the Queen ignoring Remembrance Sunday.

During the subsequent three months, Kim was rarely to be seen. The few times he did appear were for events attended by just a handful of leading officials. In the edited video footage of Kim opening a fertilizer plant, which was released by state media at the end of April, there is a small mark on his wrist, perhaps a scar from a cardiovascular procedure. He only made a full comeback in mid-July.

Kim’s absence this May was similar. In the 29 days in which he went unseen, Kim lost around 30 pounds. Many observers initially thought he had gone on a badly needed diet. But the extraordinary appearance on state television suggests the weight loss was involuntary.

There have also been unusual moves at the top of the country’s politics. In January, the congress of the ruling Korean Workers’ party made unprecedented changes to the Party Statute, the document which represents the closest approximation to the country’s constitution. The Statute created the new position of the ‘First Secretary’ as the leading deputy to Kim’s ‘General Secretary’. North Korea had suddenly introduced the equivalent of a vice-president — something no other ruling Communist party has ever done.

Further revisions to the Statute empowered every member of the Politburo Presidium to preside over Politburo meetings. The Presidium, which currently consists of five people, is the party’s highest executive body, while the Politburo of 30 members is the equivalent of the country’s extended cabinet. The party’s all-powerful role in North Korea means that top officials have now been given the ability to convene a meeting of the nation’s government.

Two conclusions seem inescapable. First, that Kim has serious health problems. Second, that this is well known by North Korea’s leadership, who are in the process of developing a mechanism to transfer power after his death.

Should the West prepare for chaos in Pyongyang? The deaths of autocrats have, after all, often been associated with disturbances, violence and civil war. But don’t count on it: though there is every chance that Kim will be gone soon, the system of North Korean government is likely to outlive him.

For starters, the North Korean elite remains remarkably united. In most countries, revolutions are brought about by schisms within the ruling class. There have always been members of elites who could find reasons to benefit from changes in the system or the replacement of a leader. Most revolutions and coups replace only the ‘top 0.1 percent’, leaving the vast majority of the elite comfortably in place. After the collapse of communist rule, the following two decades saw the former Soviet Union ruled by party apparatchiks who re-invented themselves after 1990 as nationalist politicians or capitalist entrepreneurs.

However, in North Korea there are some crucial differences. The collapse of the Kim family’s rule in the North would probably provoke a German-style reunification of Korea, with the impoverished North being swallowed up by the prosperous South. If that happened, the present-day ‘top 5 percent’ would face a grim future: they would have no chance of keeping their power and privilege in a new, united and democratic Korea. At best, they would be pushed aside by the Seoul appointees, who would govern the unified state. At worst, they would stand trial for their involvement in countless human rights abuses. The elite, therefore, act to ensure their own survival.

What’s more, in the elite’s preparation for a looming crisis, we see the hand of Kim Jong-un himself. For all the opprobrium Kim has faced from the West, all these state media hints and institutional rearrangements could not go ahead without his explicit approval. It seems therefore that he is working to ensure that his possible incapacitation or demise does not lead to regime change in his country. This is rather unusual behavior among autocrats, a group usually reluctant to consider their own mortality.

It helps that the system appears to already have a suitable successor: Kim Yo-jong, Kim Jong-un’s capable and ambitious younger sister. As early as 2001, Kim Jong-il told a high-level Russian official that his daughter had a great interest in politics, and in recent years she has emerged as her brother’s effective deputy. Little is known of her actual views. In 2018, she led a diplomatic charm offensive during a period of tension with the Trump administration. But last year she showered Seoul and Washington with threats. It is possible that she is the new ‘First Secretary’. In true North Korean style, it remains a secret whether the position is currently occupied or not.

Beijing’s importance must also be considered. The Pyongyang regime has proved a continual irritant for China, and as recently as 2017 relations between the two countries were highly strained. However, with Sino-American conflict developing, North Korea has increased in strategic significance for China. China wants the Korean peninsula to be stable and divided, with the North serving as a buffer between China and America’s allies in the South. This means that China is primed to intervene if the Korean situation gets out of control. In an emergency, the ‘forces of order’ in the North can count on Chinese money, and perhaps even Chinese tanks, if the need should arise.

So Kim Jong-un might well go — but that does not necessarily mean his regime will disappear any time soon.