Is Kanye West out to derail Trump?

The former president somehow ended up hosting Ye, Fuentes and Milo at Mar-a-Lago. The fallout has been spectacular 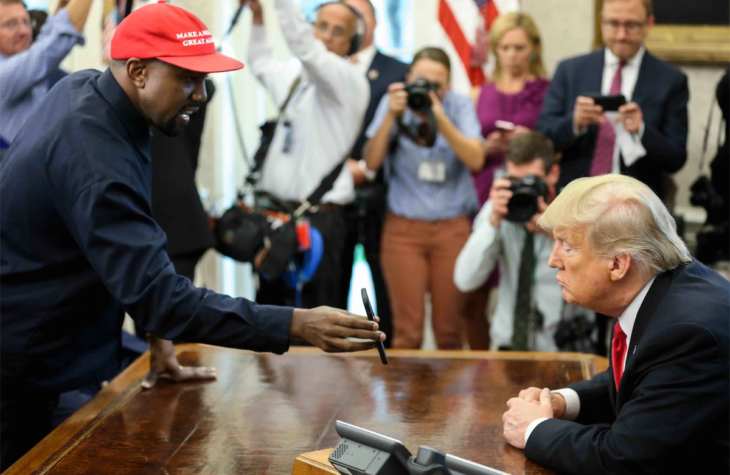 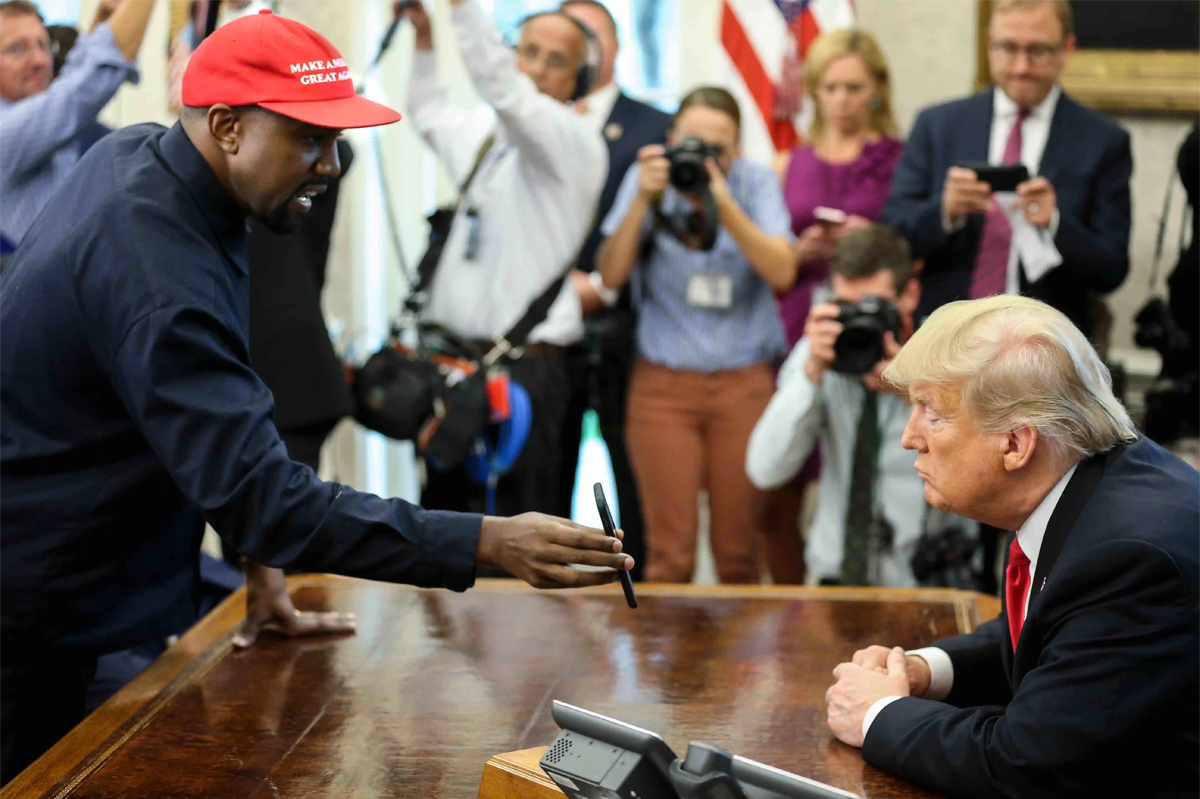 Is Kanye West out to derail Trump?

American conservatives like to say that the way to stop Donald Trump in 2024 is to hit him from the right. Compared with his own political movement, they argue, Trump has always been something of a squish when it comes to issues such as Covid vaccines, gay marriage, criminal justice or border control. He never did build that wall — not properly, anyway. Any candidate wanting to take down the father of Trumpism should therefore keep pointing out that Daddy had four years in the White House and never lived up to the hype. Take...

American conservatives like to say that the way to stop Donald Trump in 2024 is to hit him from the right. Compared with his own political movement, they argue, Trump has always been something of a squish when it comes to issues such as Covid vaccines, gay marriage, criminal justice or border control. He never did build that wall — not properly, anyway. Any candidate wanting to take down the father of Trumpism should therefore keep pointing out that Daddy had four years in the White House and never lived up to the hype. Take note, Ron DeSantis.

Yet no one could have anticipated that the Trump 2024 campaign’s first headache would come not from DeSantis but from the artist currently known as Ye and a pair of far-right mischief monkeys called Milo Yiannopoulos and Nicholas J. Fuentes. Last week, Trump somehow ended up hosting Ye and Fuentes at a pre-Thanksgiving dinner at Mar-a-Lago. The fallout has been spectacular.

For readers who don’t spend their lives monitoring the bubbling cauldron of the very online right, this story may need some background. Let’s start with Ye, or Kanye Omari West, to use his birth name. He is a rapper, fashion designer and pop-culture icon who wants to be president. In the 2020 presidential election, running as leader of the beautifully named Birthday Party, he spent $13 million (12 million of it his, reportedly) and got more than 70,000 votes. For his 2024 effort, Ye has hired the controversialist Milo Yiannopoulos to help his campaign. Ye and Milo connected through an intermediary after Ye got in trouble for sending a tweet saying: “I’m a bit sleepy tonight but when I wake up I’m going death con 3 on Jewish people.”

Yiannopoulos, who now describes himself as “ex-gay,” recruited Fuentes to Team Ye 2024 as “extra brain firepower.” Fuentes is a white nationalist who has a knack for making shocking viral statements about women, the Holocaust and Jews. This means he has been banned from websites such as Twitter and YouTube. He has cult status among online nihilists.

Ye, Milo and Nick appear to have bonded over a shared sense of Christianity — as well as a mutual willingness to make antisemitic remarks in public. Just this week, Ye, whose father was a Black Panther, suggested on a podcast that dastardly Jewish insiders had poisoned the last two presidencies: “Rahm Emanuel was right next to Obama and then Jared Kushner was right next to Trump.” Milo, for his part, declared on the free-speech platform Gab: “We’re done putting Jewish interests first. It’s time we put Jesus Christ first.”

Trump has two Jewish children-in-law and is an overt philosemite. Yet he’s been friendly with Ye since 2016, when Ye defied Hollywood-think, wore the Make America Great Again hat and declared his “love” for Donald. Trump can be loyal to people who do that, especially when they also happen to be global megastars. That’s why he invited Ye to the dinner. Ye brought along Fuentes as a plus one. Trump welcomed the young loudmouth in.

Nick and Donald soon hit it off. Fuentes told Trump he could win again if he remained “authentic” to his true self. “I like this guy,” said Trump, allegedly. “He gets me.” After the dinner, Ye posted a “Mar-a-Lago debrief” video, in which he suggested that, unlike Fuentes, he’d clashed with Trump. Trump had been “perturbed,” he claimed, after Ye asked him to be his vice-presidential nominee. Ye also claimed Trump had rudely insulted “the mother of my children,” Kim Kardashian.

Trump insisted he and Ye “got along great” and that he had no idea who Fuentes was. The last part is almost certainly true. As Nigel Farage says: “The idea Trump would have wanted someone like Nick Fuentes over for dinner is frankly laughable.”

Within Trumpworld, which takes pride in being close to Israel, there are angry recriminations about the dinner. In MAGA circles, dark rumors abound about sinister plots to derail Trump, possibly involving the CIA. The ire seems to have turned on Yiannopoulos in particular. Laura Loomer, the MAGA internet personality, says: “My concern is Trump has been maliciously set up in his private residence, and Ye is being taken advantage of.” Another source, who knows Trump and Ye, agrees Yiannopoulos is exploiting Ye – “as many have in the past.” He adds: “Milo sent Fuentes to Mar-a-Lago to screw Trump, and definitely succeeded.” Why Milo wants to hurt Trump remains a mystery — he declined to comment — though he has said his earlier support for the president wrecked his career. Others say Milo’s just trouble: “He’s a total nightmare,” says Farage.

As for Fuentes, he says that he still loves Trump and regards Ye’s madcap candidacy as “win-win.” Either it pushes Trump further right or “if Ye wins, that’s even better.” Almost nobody talks about Ye as if he has much clue as to what’s going on. “He’s an artist who feels before he thinks,” says a friend, gently. “Christian nationalism is absolutely an emerging trend. I don’t think Kanye will lead it.”

Yet even if Ye 2024 vanishes into the online ether, the story has shed light on the perilous state of Trumpism. Ever since 2016, Trump has, through the sheer force of his ego, held together disparate factions on the American right. Today, that gonzo coalition may be falling apart. After the disappointing midterms, Trump listened to his advisors and dialed down his “stolen elections” rhetoric in his campaign announcement. That alienated loyalists who want Trump to set fire to everything all the time — so now different Trumpy factions are bickering.

It’s often said that, while Trump’s ultra-fans will support him no matter what, he’ll never appeal to enough moderates. The Ye story suggests, however, that Trump’s more immediate problem may be the reverse: some of his more hardcore supporters seem willing to turn on him. The revolution eats its own. 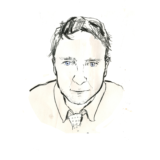