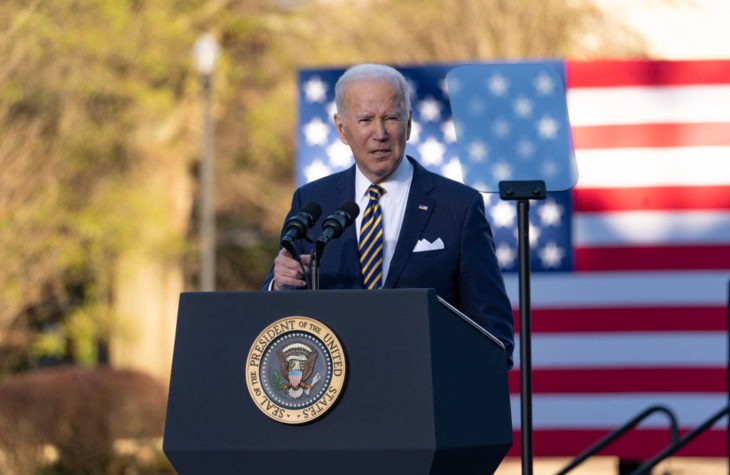 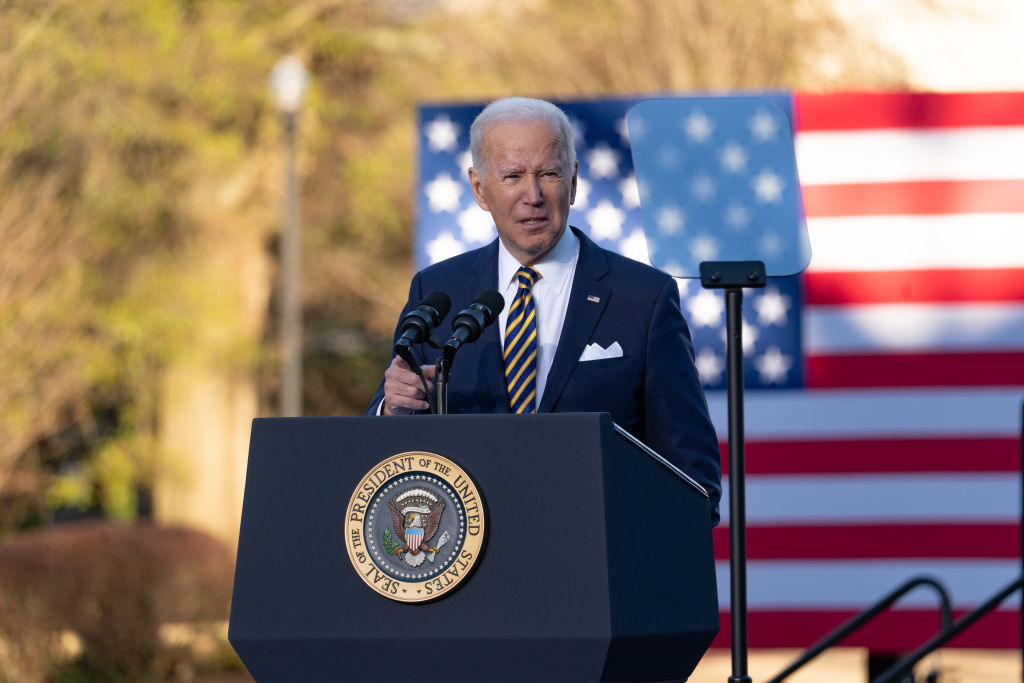 President Joe Biden delivered one of the most demagogic speeches of any modern president on Tuesday. You might say it even had Trumpian tones.

Having seen his Build Back Better spending plan fall into a legislative ditch, a frustrated Biden has decided to run to the nearest mudhole and start throwing its contents at his opponents.

The supposed purpose of these remarks, delivered on the grounds of Morehouse College in Georgia, was to push two bills that would nationalize the election process and ban states from enacting voter integrity measures of their own. The problem is that...

President Joe Biden delivered one of the most demagogic speeches of any modern president on Tuesday. You might say it even had Trumpian tones.

Having seen his Build Back Better spending plan fall into a legislative ditch, a frustrated Biden has decided to run to the nearest mudhole and start throwing its contents at his opponents.

The supposed purpose of these remarks, delivered on the grounds of Morehouse College in Georgia, was to push two bills that would nationalize the election process and ban states from enacting voter integrity measures of their own. The problem is that he simply doesn’t have the votes to pass these bills — and he knows it. All fifty Democrats might — in theory — vote for it. But every Republican is opposed to what they view as a naked power grab. And they will block consideration of the bill through use of the filibuster.

So, Biden declared his support for ditching the Senate filibuster, which requires sixty out of 100 senators to move legislation to the floor, and he demanded the historic reform be jammed through on a purely partisan vote.

The president’s announcement was a blatant piece of political theater and it’s not going anywhere.

But what truly made my head spin was the embarrassing spectacle, riddled with outright lies and vicious smears, that followed.

Biden framed the entire speech around a theme he raised in his remarks marking the first anniversary of the January 6 attack on the Capitol. But this time, Biden called the Capitol riot “a coup.”

The definition of a coup is “a sudden, violent, and illegal seizure of power from a government.” Given that a “coup” also suggests a coordinated effort to seize control of the military and central government institutions, you’d have to grade Biden as going beyond the usual hyperbole there.

Then, almost everything that he said after that was either untrue, a distortion or blatant exaggeration.

Biden — and Vice President Harris — claimed that the new Georgia law “makes it illegal to bring your neighbors, your fellow voters, food or water while they wait in line to vote.”

Georgia’s much-maligned Election Integrity Act of 2021 simply says that within 150 feet of a polling place, a candidate, his supporters, or an activist group can’t, for example, show up with a truckload of Happy Meals and start handing them out to voters standing in line.

Voters can bring their own food and water; elections officials can provide water to voters; and food can be provided by anyone outside the 150-foot zone.

The law even states:

“This Code section shall not be construed to prohibit a poll officer from distributing… or from making available self-service water from an unattended receptacle to an elector waiting in line to vote.”

Vast majorities of all races consistently support the voter ID requirements that Biden labels as being akin to Jim Crow laws. The Georgia law changes the security protection for mail-in ballots from a signature match to the more reliable method of having voters provide their driver’s license or state-ID number.

The average wait time in Georgia in 2020 was three minutes.

Honestly I'm quite tired of all of this stuff about not having water in the voting line. The bill also required polling locations that had long lines to be split, and the average wait time in Georgia in 2020 was 3 minutes.

Biden alleged Georgia Republicans are “taking away” vote drop boxes, and claimed the Georgia law “limited their number and the hours you can use them.”

Georgia’s drop boxes were an emergency measure instituted for the pandemic in 2020. The state actually made the existence of drop boxes permanent and left it to local election boards to decide exactly how many drop boxes they should install.

Biden accused Republicans in Georgia and elsewhere of wanting to “disenfranchise anyone who votes against them. Simple as that. The facts won’t matter; your vote won’t matter.”

Biden seems to ignores the fact that, if anything, states run by Republicans that have increased minority voter turnout. Georgia had a higher overall percentage of black turnout than New York did in the 2016 and 2020 elections.

He’s made this claim so frequently that the Washington Post awarded him “Four Pinocchios” back in April. The Post noted the Georgia law doesn’t alter Election Day hours but expands early voting by adding a second mandatory Saturday. It affirms that counties can open for early voting on two Sundays and allows counties to extend early voting hours beyond normal business hours.

Even some liberal journalists found Biden’s attacks on Georgia for “voter suppression” a bit much. CNN’s Jake Tapper tweeted: “New Jersey doesn’t allow ballot harvesting — that’s a Dem state. Delaware doesn’t allow the kind of early voting that other states do. The journalist in me as well as the cynic says how come Ds only complain about strict voting regulations in red states?”

Biden even veered into exaggerations of his own history. He seemed to claim that he had marched in solidarity with civil rights leaders, saying “It seems like yesterday the first time I got arrested.” But the only incident in which Biden has ever described being arrested was in 2020 when he said he “had the great honor of being arrested” trying to see Nelson Mandela in South Africa during apartheid. He later admitted: “I wasn’t arrested, I was stopped. I was not able to move where I wanted to go.” There is also no record of Biden being arrested during a civil rights protest.

Finally, Biden wildly smeared Republicans, and Democrats, who are refusing to go along with his desperate bid to abolish the Senate filibuster.

They know that the Democratic Party’s move to end filibusters for judicial nominees backfired on the party as Donald Trump made three successful Supreme Court nominations. Until last year, Biden himself backed the filibuster. Indeed, in 2005 he said in a Senate speech that doing away with it would “eviscerate the Senate,” “upset the Constitutional design” and do “a disservice to the country.

Now, Biden said those who oppose changing it — to allow for passage of his national election takeover — are on the same side as segregationists George Wallace, Bull Conner and Jefferson Davis, the Confederate president during the Civil War.

South Carolina senator Tim Scott, a Republican, has told me he is “deeply disappointed” by Biden’s reckless rhetoric. Other black Republicans note that the three figures Biden mentioned were all Democrats.

“Twelve months ago this president said disagreement must not lead to disunion,” McConnell said. “He compared, listen to this, a bipartisan majority of senators to literal traitors. How profoundly, profoundly unpresidential.

“I’ve know liked and personally respected Joe Biden for many years. I did not recognize the man at the podium yesterday.”

Even Democrats, like Senator Dick Durbin of Illinois, are saying that the president had gone “a little too far.”

I realize that politics is often a rough-and-tumble war in which, as the saying goes, “truth is the first casualty.” But Biden’s hackish and sloppy speech was more than just deplorable. His distortions did double damage coming from a presidential podium. They made a mockery of his claims to want to be a “unifier” and cheapened our democratic debate.