Joe Biden and the Sovietization of America

What does it mean that he’s demonized half the country? 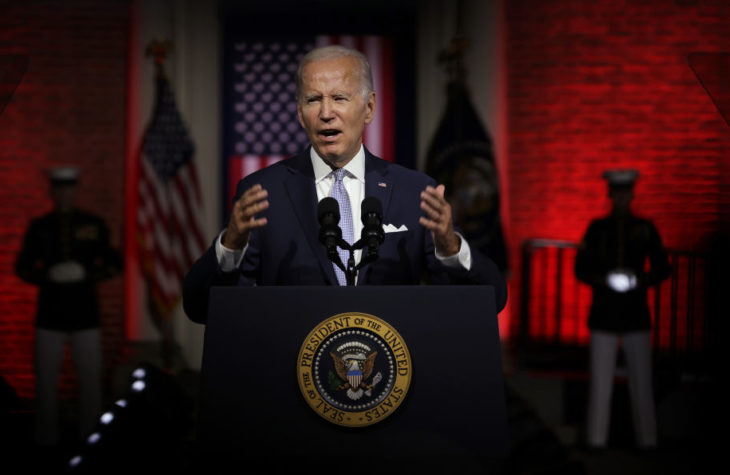 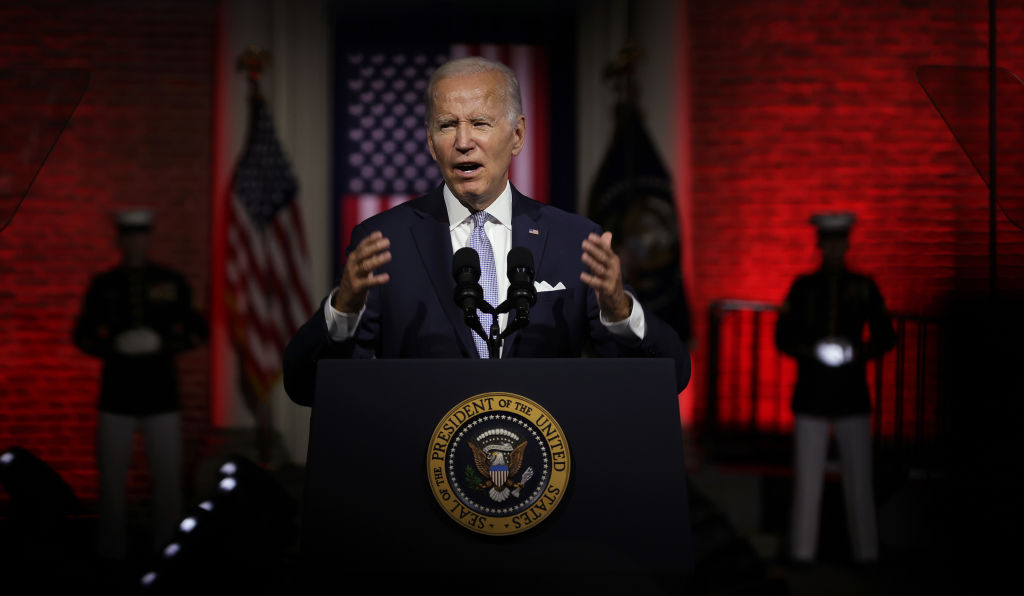 Joe Biden and the Sovietization of America

I write with the clangorous strains of Joe Biden’s speech at Philadelphia’s Independence Hall still ringing in my ears. By the time you read this, the attendant tinnitus will doubtless have abated. The effects of the speech, however, will be echoing throughout the land for many months if not longer.

The commentator Ben Shapiro was, I believe, correct in judging Biden’s brief speech “the most demagogic, outrageous and divisive speech... ever seen from an American president.” In sum, “Joe Biden essentially declared all those who oppose him and his agenda enemies of the republic. Truly shameful.”

I write with the clangorous strains of Joe Biden’s speech at Philadelphia’s Independence Hall still ringing in my ears. By the time you read this, the attendant tinnitus will doubtless have abated. The effects of the speech, however, will be echoing throughout the land for many months if not longer.

The commentator Ben Shapiro was, I believe, correct in judging Biden’s brief speech “the most demagogic, outrageous and divisive speech… ever seen from an American president.” In sum, “Joe Biden essentially declared all those who oppose him and his agenda enemies of the republic. Truly shameful.”

But what has been true of Joe Biden from before his administration began continues to be true. It is not he who was the architect of his performance, from the imperial stage set, of which Albert Speer would have been proud, to his hectoring attack on “Donald Trump and the MAGA Republicans [who] represent an extremism that threatens the very foundations of our Republic.” 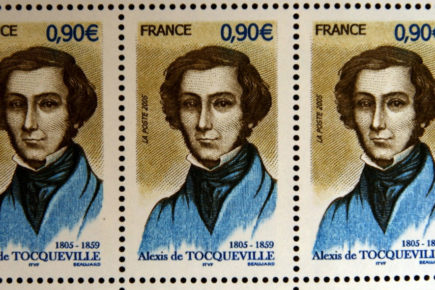 “An extremism that threatens the very foundations of our Republic.” Hold that thought. It has become a leitmotif for Biden. A week earlier, at a speech in Maryland, he explained that the problem was “not just Trump, it’s the entire philosophy that underpins the… semi-fascism” of the MAGA agenda.

Joe Biden is not the architect of this policy. He is merely the mouthpiece, the mannikin, representing it. As I and many others have observed, this has been true since the beginning of his most incongruous basement campaign. Biden’s greatest asset, for the forces standing behind him, is his pliability. He will say whatever he is told to say and espouse whatever doctrines his handlers put before him. Democrats spent two or three years vocally defending rioters and issuing hysterical calls to “defund the police.” But that was before they occupied the White House. Now Biden reads from a new script and tells us he finds it “sickening” that concerned citizens are criticizing the FBI.

There are a couple of things to bear in mind about the initiatives that Joe Biden hinted at in his comments about “the entire philosophy” that motivates Trump’s supporters. One has to do with arithmetic. At least 74,000,000 people voted for Donald Trump in 2020. Trump still vastly out-polls any other Republican candidate. What does it mean that Biden and his masters have demonized half the country? And what does it mean that in a few short years we have seen Democratic rhetoric proceed from describing Republican voters as an “irredeemable” “basket of deplorables” to describing them as believers in a “semi-fascist” form of “extremism” that threatens the very foundations of the American republic?

The other thing to contemplate is the statist nature of the forces fueling this white-hot assault. In the late 1930s, the Germans mounted a campaign of Gleichschaltung, a statewide program to bring all aspects of life into alignment with the governing philosophy of the party. The essentially Marxist idea of political correctness aims at the same thing: the insinuation of politics into all aspects of life and the utter subordination of the individual to the ideology.

In the American context, we have come to the point where, for those controlling the levers of power, “democracy” means “rule by Democrats.” One corollary is that power must be increasingly concentrated in the hands of the governing elite. In the Soviet Union, the nominally independent republics that constituted that empire were in fact all controlled by Moscow.

Something similar is happening in the United States. In Federalist 46, James Madison raises the specter of “ambitious encroachments of the federal government, on the authority of the State governments,” but explains that that is unlikely to happen. Why? Because any move by the federal government to overstep its authority would spark a “general alarm.” Every state would rise up. “Plans of resistance would be concerted. One spirit would animate and conduct the whole.”

Madison entertains what he calls the “visionary supposition” that the federal government might accumulate sufficient military power to subordinate the states. That won’t happen he says, because “the State governments, with the people on their side, would be able to repel the danger.”

Does that make you feel better? Remember, the Soviet Union had elections. Their leaders assured the populace that they were on the winning side of history, that they were creating a heaven on earth, that Marx’s vision of a society in which one could be a “hunter in the morning, a fisherman in the afternoon, and a critical critic at night,” was just around the corner. Meanwhile, their “basket of deplorables,” i.e., anyone harboring “bourgeois” or “counterrevolutionary” sentiments, must be ruthlessly purged in order to make way for utopia — a nation that is “free and fair, just and strong, noble and whole.”

Those last words were Joe Biden’s, or his speechwriter’s. Utopia is just around the corner, you see, we just need to strangle the 74 million Trump supporters who do not understand that “democracy” means “rule by Democrats.” The newly appointed 87,000 IRS workers will doubtless be a help with that.

The Founders were deeply suspicious of political parties because they foresaw the possibility of the government mutating into a state party representing not the people but themselves. That’s where we are now. How long before other “features” of the Soviet system install themselves in this country?